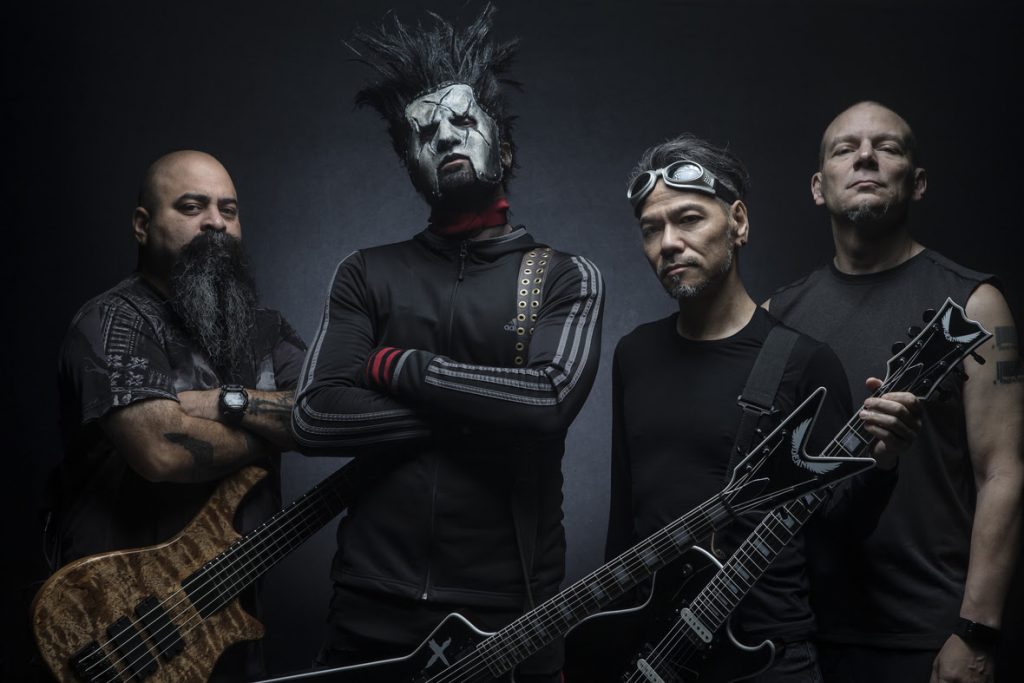 Some have proclaimed “Regeneration Vol. 1” will be the album to beat for 2020.  Half way through the this tremendously awful year, “Project Regeneration, Volume 1” is something all of us Static X fans have been waiting for…and NEED.  Being released on July 10, 2020, “Regeneration Vol. 1” is the first part of a two-part release that will include vocal tracks from the late Static X leader, Wayne Static.

We can thank bassist and founding member Tony Campos for this gift in my opinion.  Static, who passed away in 2014 of an accidental drug and alcohol overdose was apparently working on demos prior to his death.  The producer, who received the demos originally, rediscovered them and contacted Campos.  Campos subsequently found some demos of songs that didn’t make it onto the “Start A War” record while he was preparing for the 2019 tour…and they made a record (actually two).  Note:  this information was summarized from Static X’s Wiki page.

As hard as it must have been for Campos and crew to piece the songs together due to the grief and sadness they must have felt hearing their former vocalist, former guitarist Tripp Eisten claimed twelve of the songs were co written by him during this time and accused the band of altering the songs enough to not have to pay him royalty…bla bla bla.  The band confirmed that they are using some of Eisen’s contributions during a fan query on social media, but stated Eisen had no involvement in the studio whatsoever and that his contributions to the album are previous composition credits only.

Tony Campos must be exhausted.

Having heard it multiple times now, I can say that “Regeneration Vol. 1” is a 40-minute gift of happiness alongside this pandemic and social unrest; a much-needed gift.  To hear Static’s vocals seems like it would be weird since he’s been gone for nearly six years, but it’s really not.  Having seen Static X on their last tour in Portland, I can say that current front man Xer0 is fantastic!  I’ve never seen such care, tact, and respect given by a replacement to a fallen member.  It felt more felt like a celebration of Wayne than a replacement.

I’ve been a fan of Static X since the beginning and I can say:  I think Static X can stand on its own moving forward.  I have no doubt they will always give a nod and credit to our beloved departed front man, but Campos and the rest of Static X can move forward in my opinion.

Regeneration starts out with “Regeneration.” It is a one-minute synth-heavy intro song that has some previous Static X classics moments embedded.  It’s odd, but effective.

I found moments where the vocals sounded very KoRn-esque, and it made me wonder where Wayne was going, vocal-wise.  But in every song, they make it clear that it is 100% Static X.

My favorite tracks are: “Worth Dyin For,” “Terminator Oscillator,” “My Destruction,” and “Something of My Own (Project Regeneration).”

“Regeneration Vol. 1,” ends with “Dead Souls,” which, outside of the eerie title, is a bit eerie.

Unfortunately, due to the virus, the European summer tour will be postponed.  The band indicated they are working to have new dates for festivals and shows soon, and I found two dates in September in the US and some November dates in Russia on their site.