The excitement didn’t hit me until I was standing in line to get in. I looked around at my fellow concert goers and noticed a lot of families with kids of all ages. This was a family affair for sure. It was great seeing people of all ages come out to enjoy live music. We have all missed this. I think the last family friendly concert I attended was the Lindsey Stirling show that was also at the Moda Center. Still needing to show my vaccine card and wearing my mask, I entered just as the opening act started.

Danish singer Karen Marie Ørsted aka MØ was one amazing yet simple opening act. No gimmicks, no visual effects really of any kind, just pure wonderful music. She has the voice of Ellie Gouldign or Tove Lo mixed with the stage presence of Alans Morrisette. I found her to sound very enchanting and her look is ordinarily wonderful. MØ danced around on stage in her go-go white thigh-high boots a little awkwardly but cute. She seemed to give the energy that we are one. I am you, you are me, it was lovely. MØ played her big hits such as catchy “Final Song” and some songs off her most recent album Motordrome like fun “New Moon.” Of course she played that very popular Major Lazer and DJ Snake that MØ is featured on, “Lean On” which got everyone up and dancing. I guess originally, that featured spot on that song was supposed to go to Rhianna but after Major Lazer heard MØ’s voice, they decided it was made for her. I am glad they did, that song is fun and for some reason just reminds me of summer. MØ just seems so wonderful to be around, humble, sweet and just thankful to be here. Thank you for being awesome.

Getting ready for Imagine Dragons to take the stage, I looked around and really tried to take in the stage set up. It was set up in a way I haven’t seen done before so I’ll do my best to describe it. There is your standard stage and a catwalk that comes towards the crowd to a small circular stage. The catwalk also had two flanked catwalks/ramps that arch back to the stage. Kind of reminds me of half a stick figure with their hands in their pockets. Ha! That might make sense only in my head. 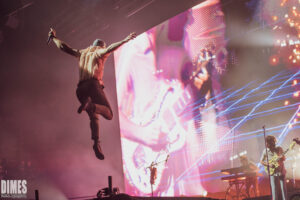 The music starts and singer Dan Reynolds takes center stage in the small circular stage with a spotlight on him. The song is moving, personal and uplifting. Once that guitar and drums really kick in towards the end of the song, the rest of the band of Wayne Sermon (guitarist), Ben McKee (bassist) and Daniel Platzman (drummer) become more visible and then BOOM! Confetti cannons go off. It was like the encore was moved to the beginning of the show, Brilliant though, got us all pumped up for the kick ass show they were about to put on. Perfectly moving into the big hit “Believer” that really got the energy pulsing. I tell you what, Dan moves and jumps around the stage that could give Rob Zombie a run for his money. So much energy that the crowd just feeds off and in return sends their energy to keep the show going. At one point, Dan stops to say that he loves Oregon and that his wife is actually from Eugene and he had family at the show tonight. He said they have spent many of summer’s here and growing up in a mostly conservative home, Dan said his first time at the Oregon State Fair was amazing. So much love and acceptance. Good job Oregon, made me proud.

I must be getting emotional as I get older, or these last couple of difficult years we have all had to endure with our own struggles while trying not to put the world’s problems on your own shoulders…. has made these moments all the more sweeter. There were a handful of moments where tears were brought to my eyes. My absolute favorite part was looking around and witnessing passionate people feeling the music and just letting loose. Singing their hearts out, jumping around, throwing their hands up to the sky. It was amazing. And the members of Imagine Dragons gave that energy right back. During “Thunder”, I looked across the way and this gentleman with I think a pink shirt on was just belting his heart out, feeling every beat. During “Shots” I spotted this girl seated way back, the farthest seat you could have and she was up and dancing like no one else was around. I wanted to be by her and dance too.

They brought it down a bit for a mini acoustic set by bringing the necessary instruments to the small circular stage. Imagine Dragons start off with a beautiful love song “Next to Me.” They also did a wonderful job covering Bob Marley & The Wailers “Three Little Birds” and man, those lyrics “Every little thing, is going to be alright” the crowd just sang so loud. It was almost spiritual.

Back to bringing up the energy they kicked off “Whatever It Takes” the crowd was showing no sign of getting tired, but neither did the guys in Imagine Dragons.  And man, I really felt the lyrics to “It’s Ok” and the drums were awesome. Getting towards the end of the show, they do not disappoint with “Enemy” and “Radioactive.”
Closing out the show with “Walking the Wire” I watched the crowd just sing and give their thanks to one amazing show. I’ll be honest, Imagine Dragons was a band that if their song on the radio came on, I had heard it so many times by this point that I would change the channel. Imagine Dragons definitely made me a fan of their live shows. I am glad I had the pleasure to experience this live performance that was more about unity, struggles we all share and community. I know that sounds cheesy but that’s alright. 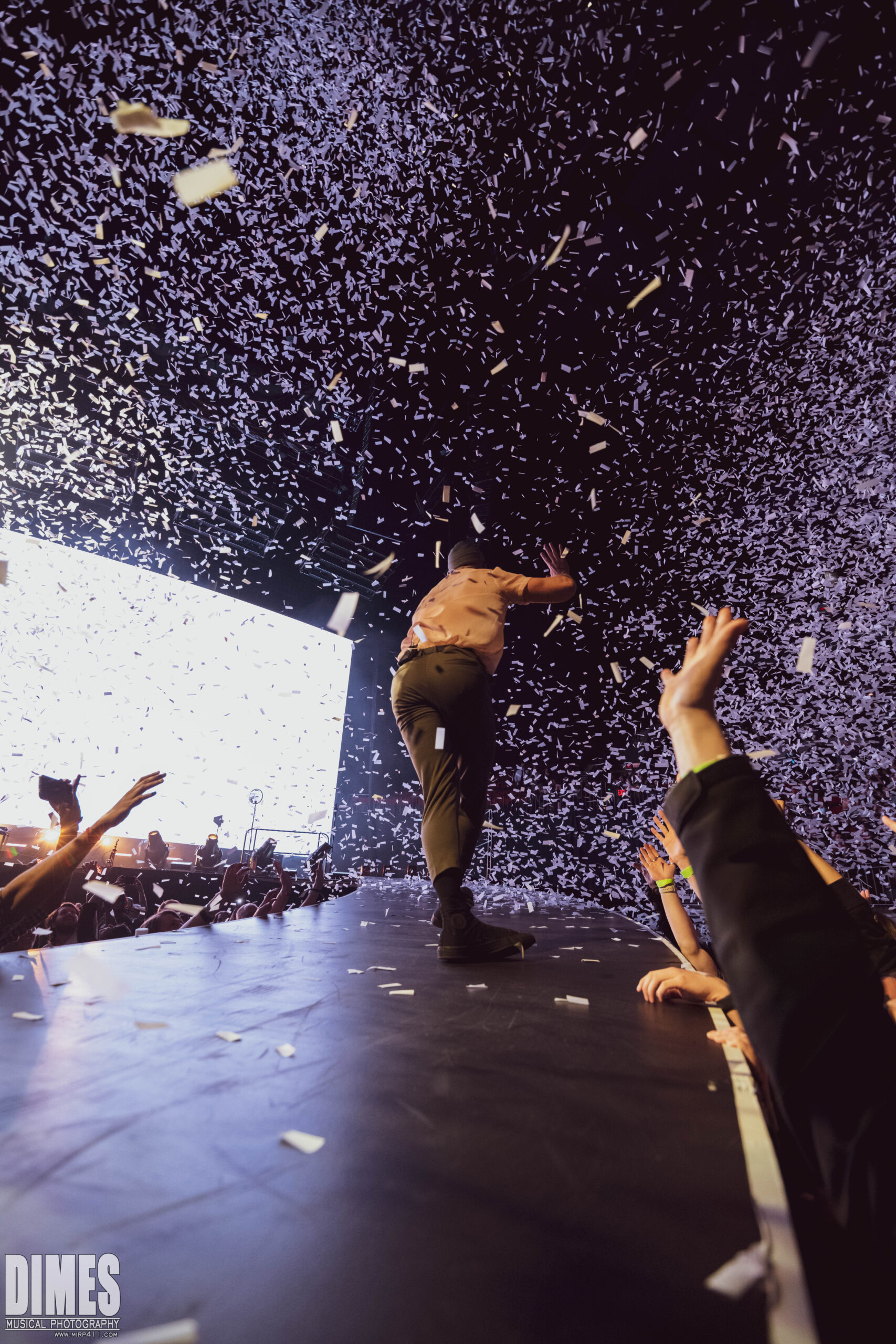 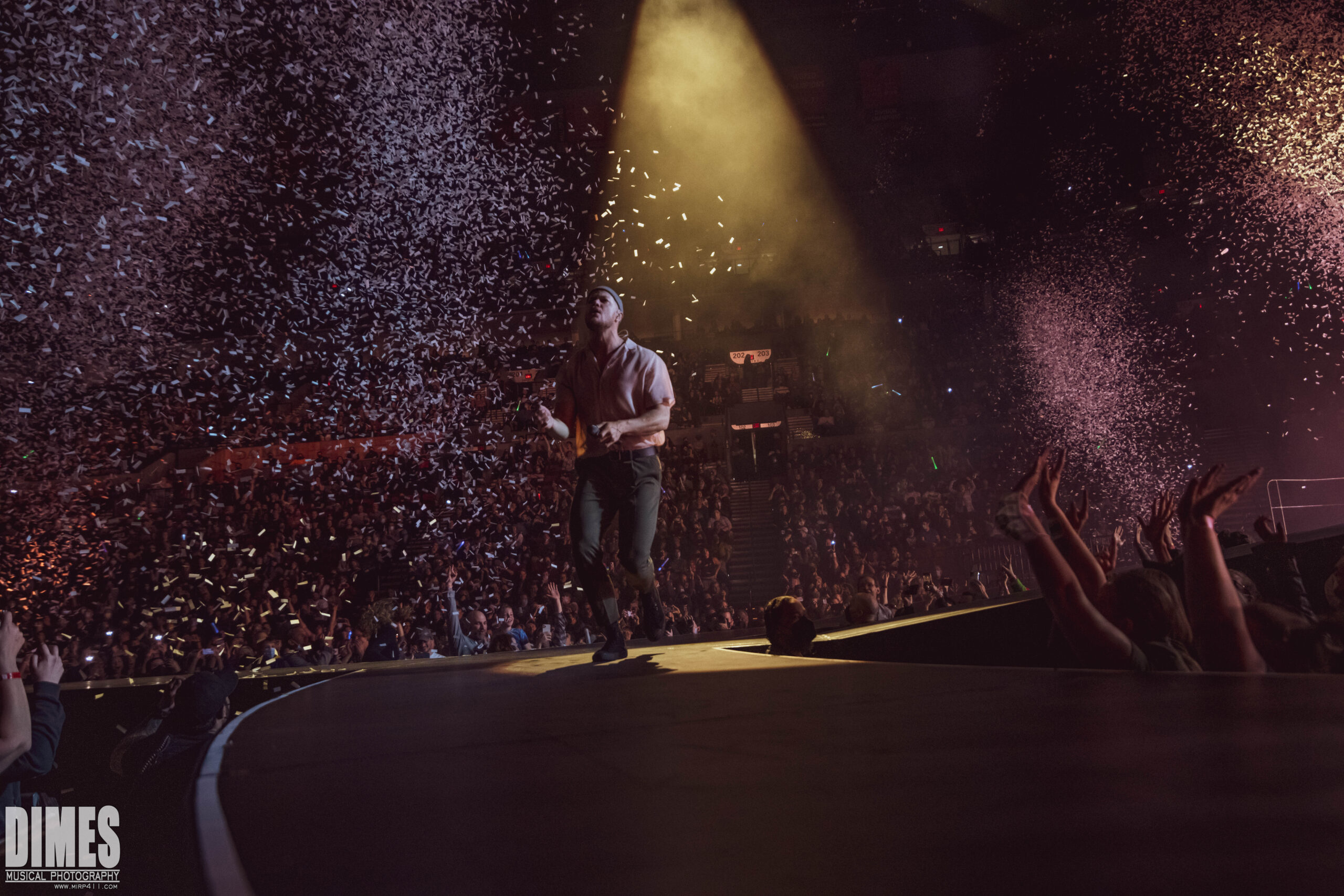 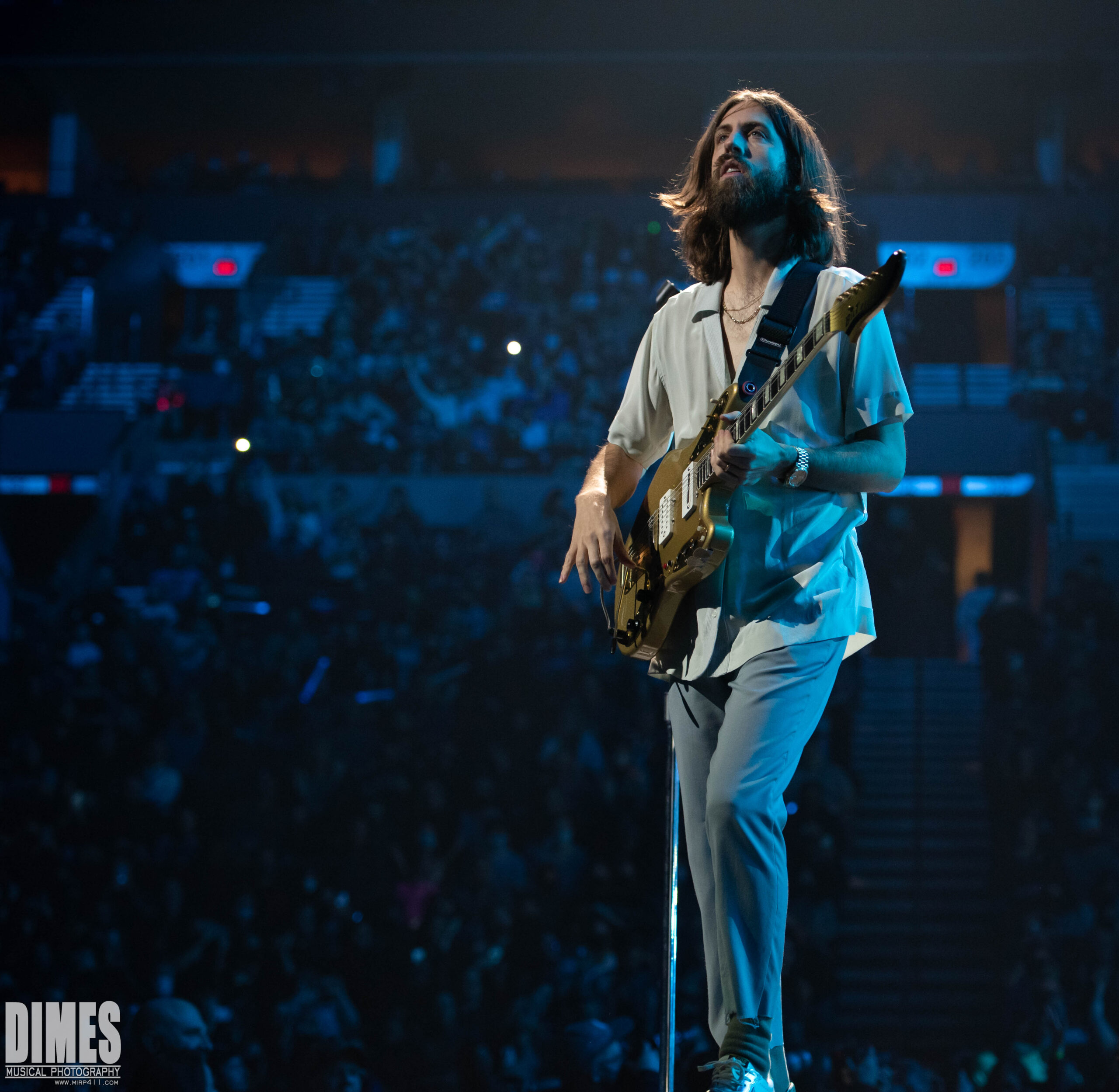 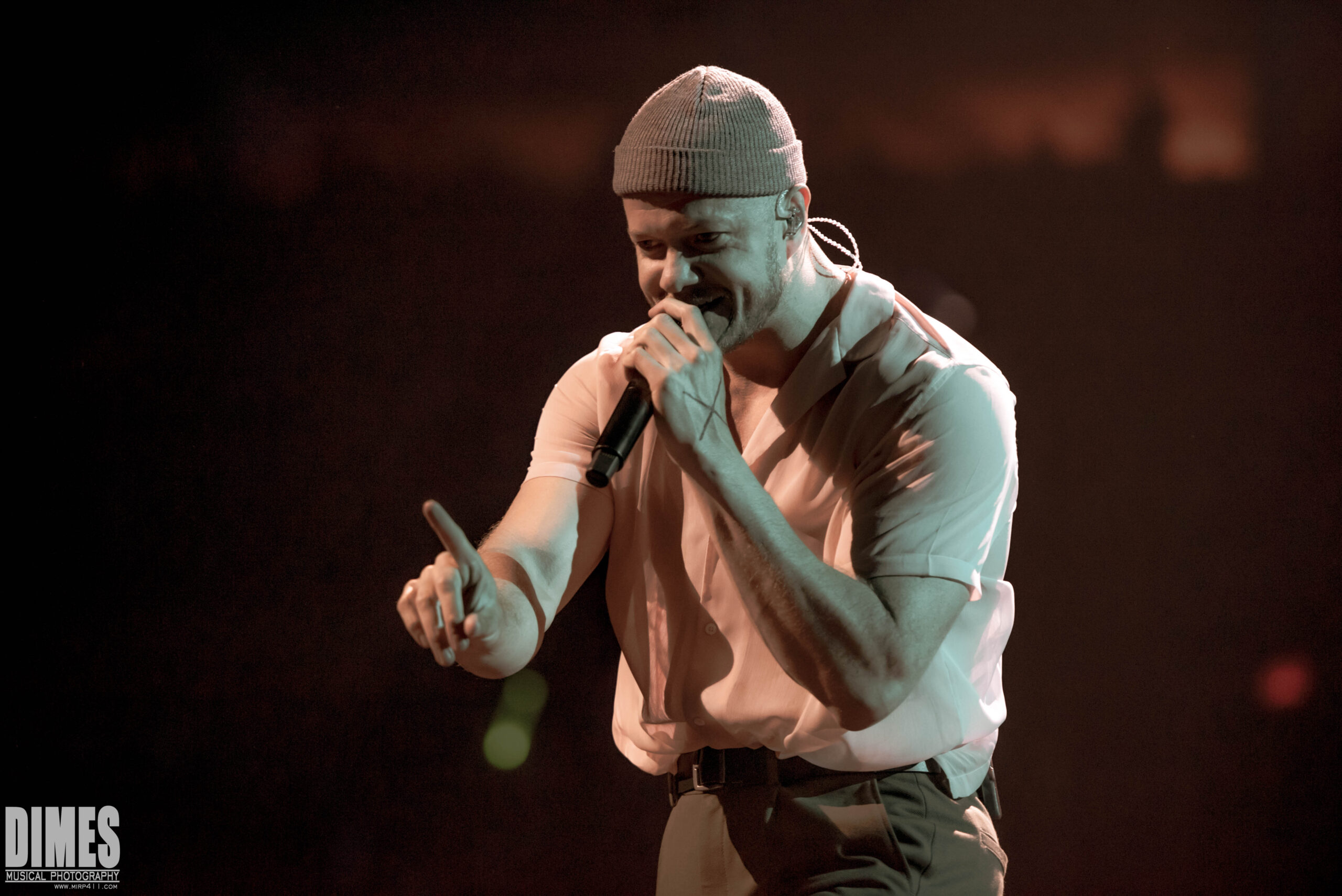 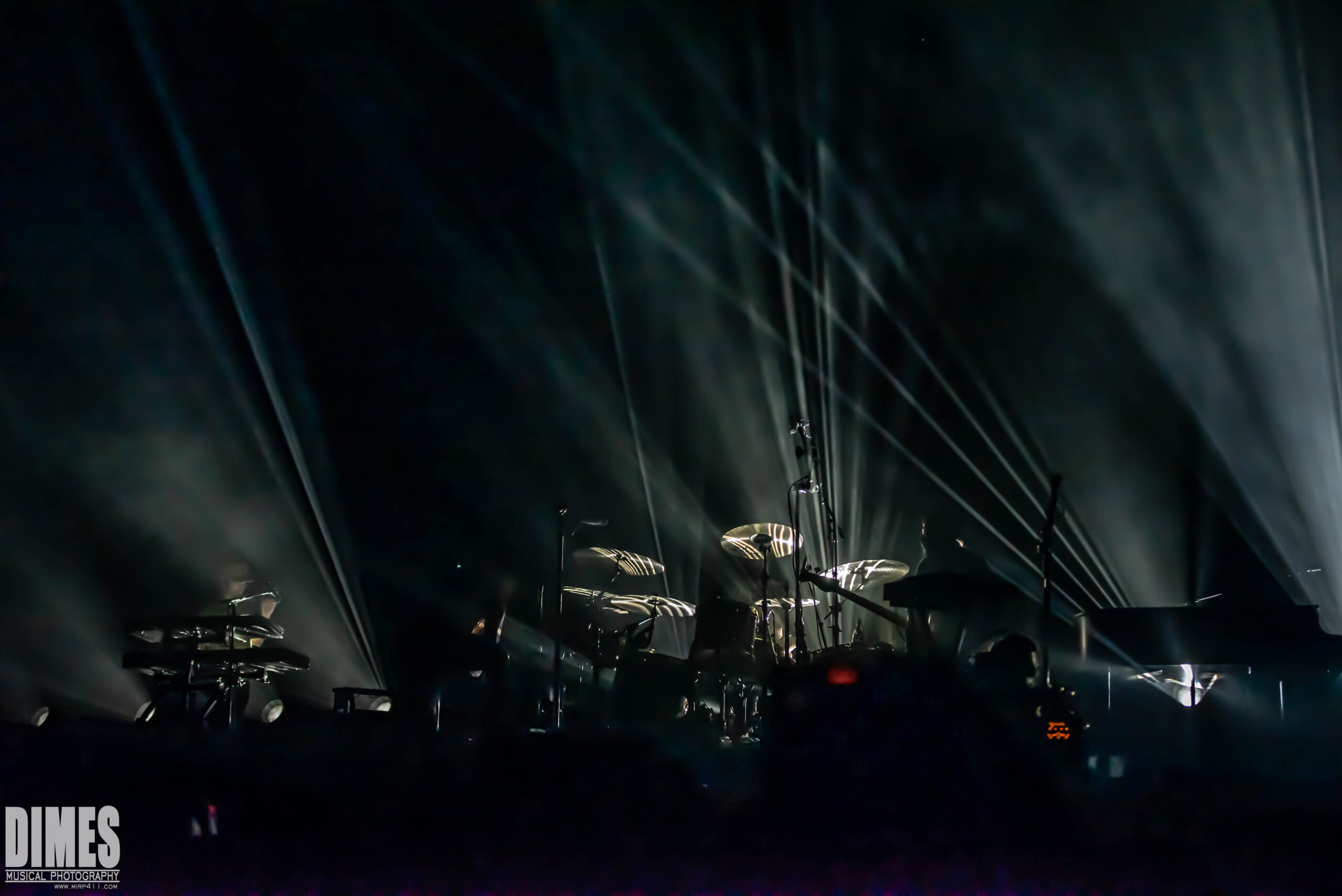 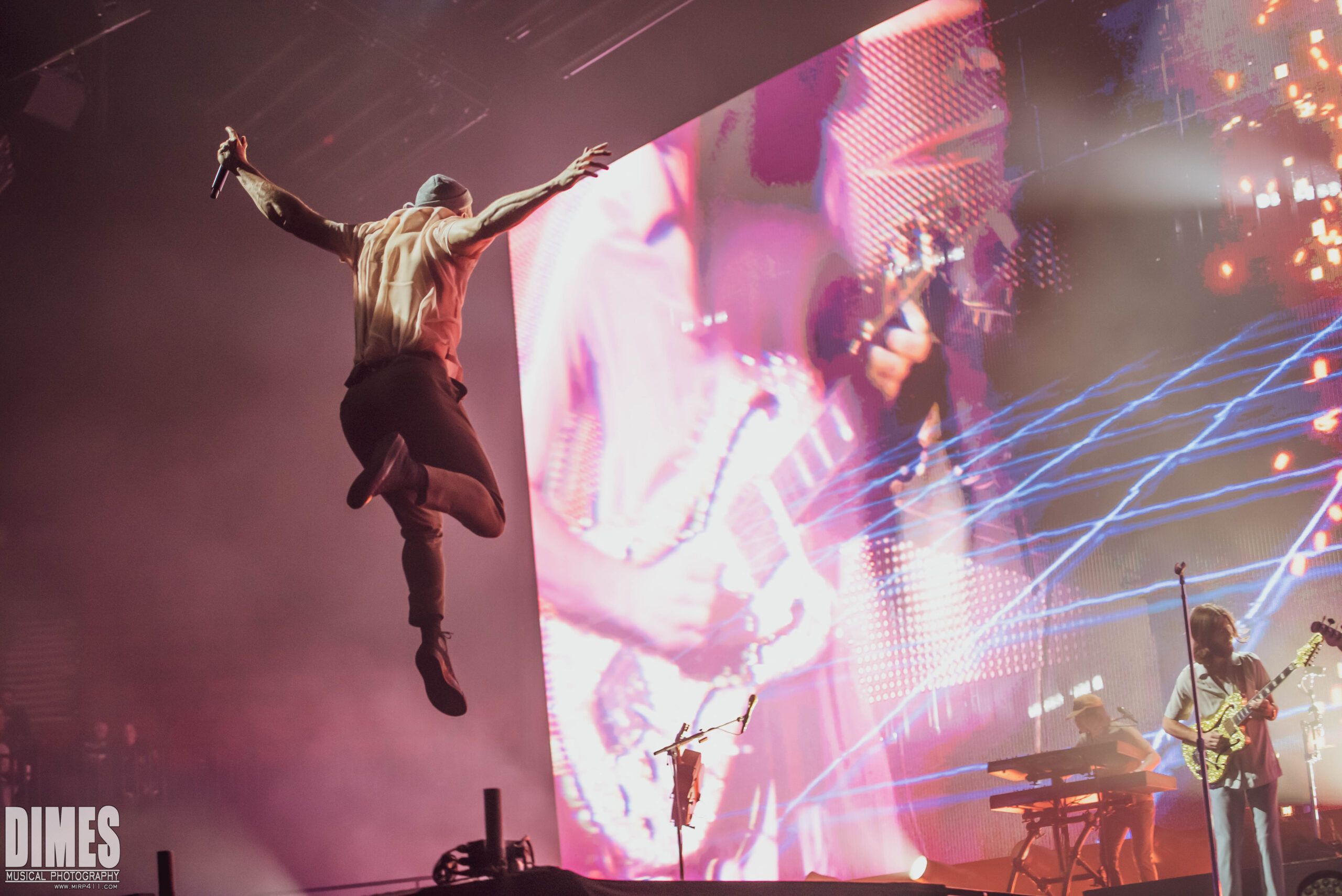 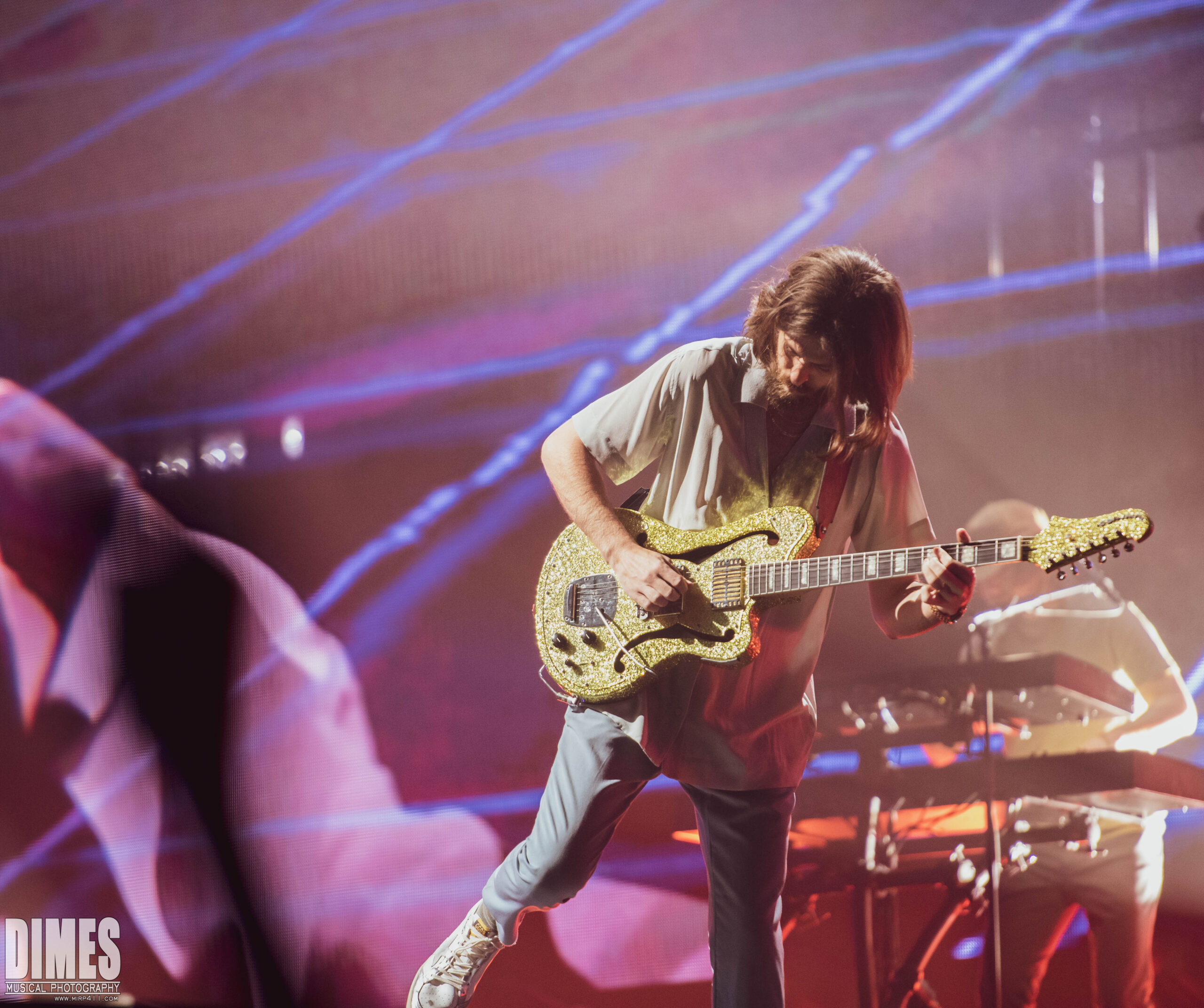 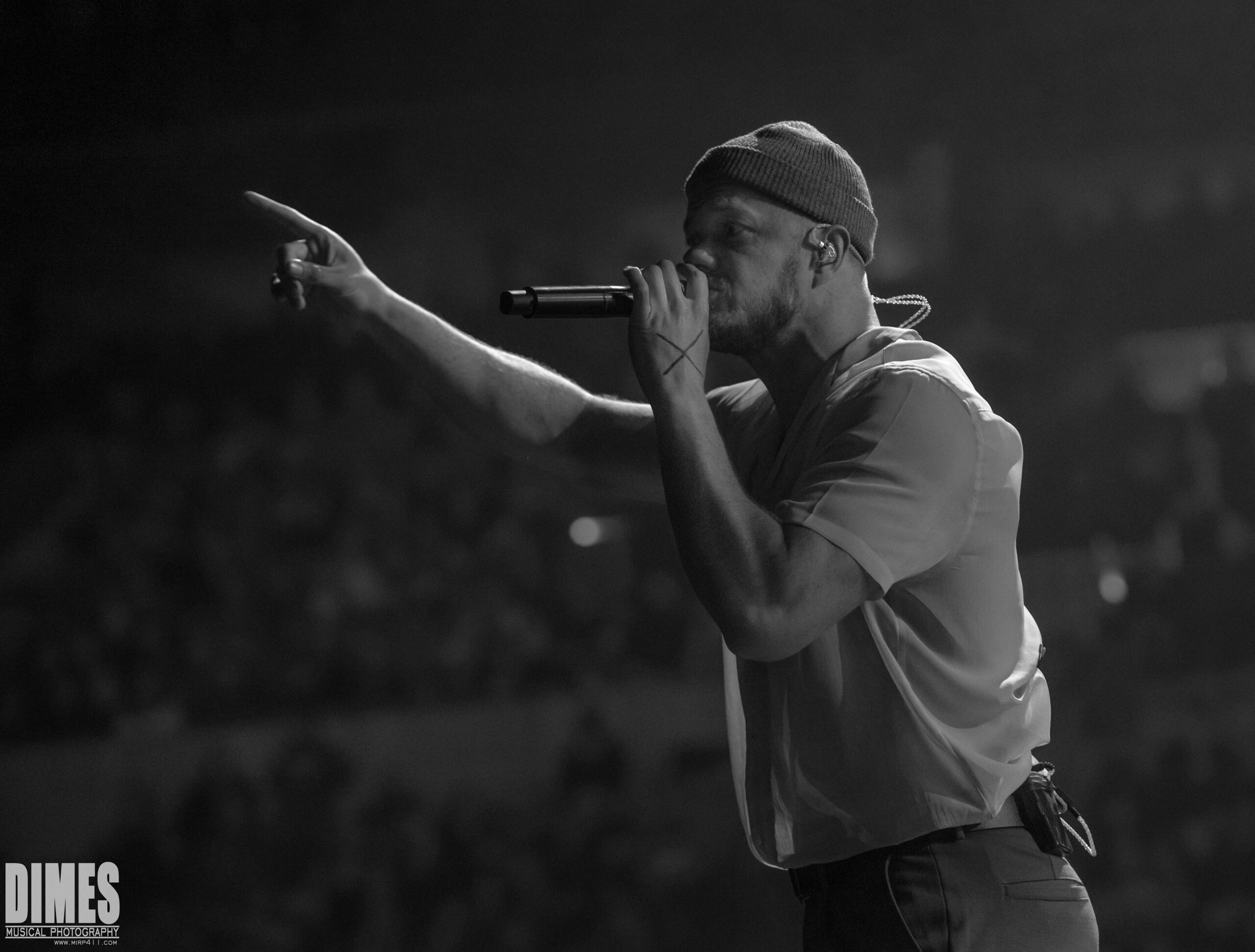 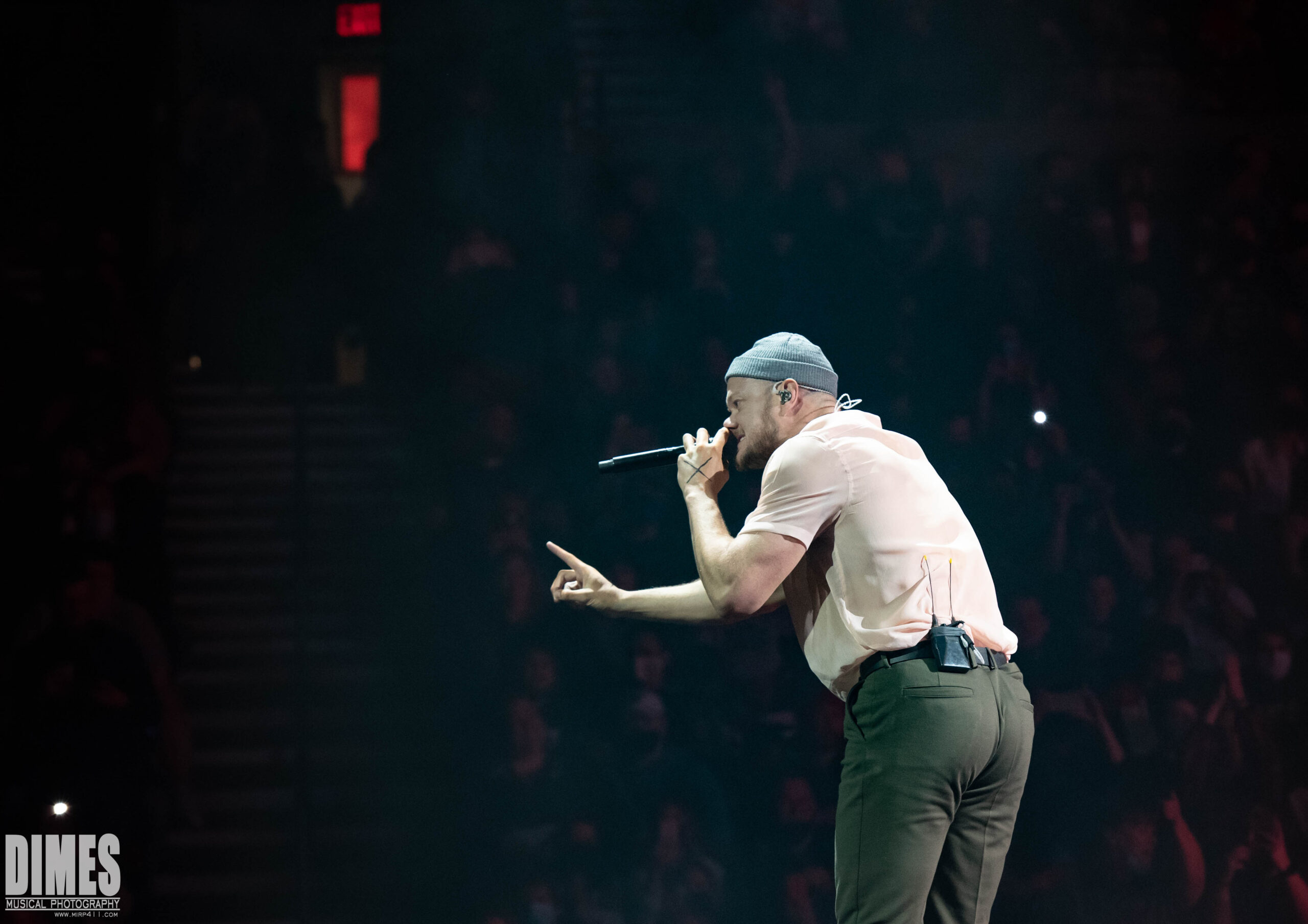 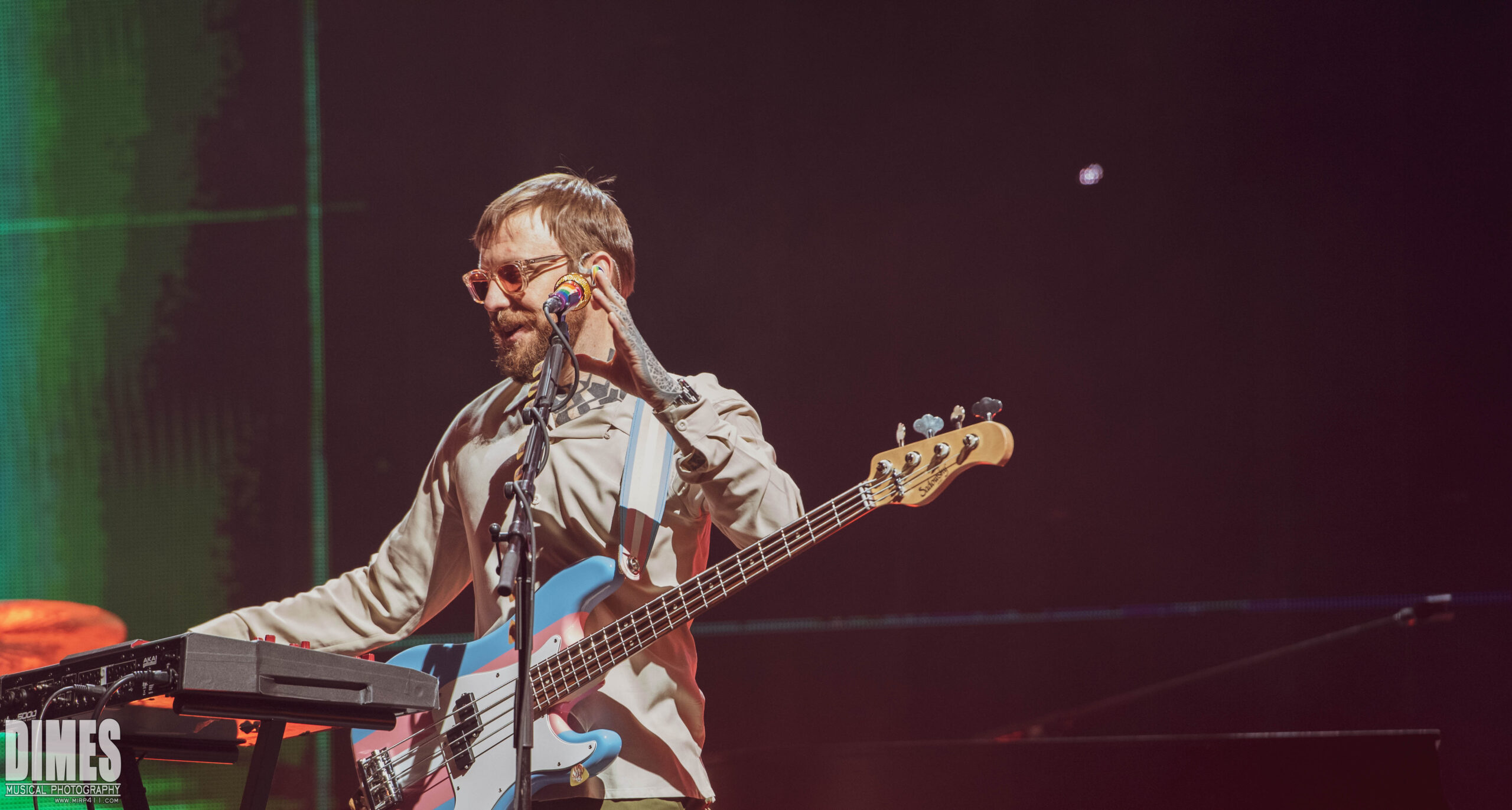 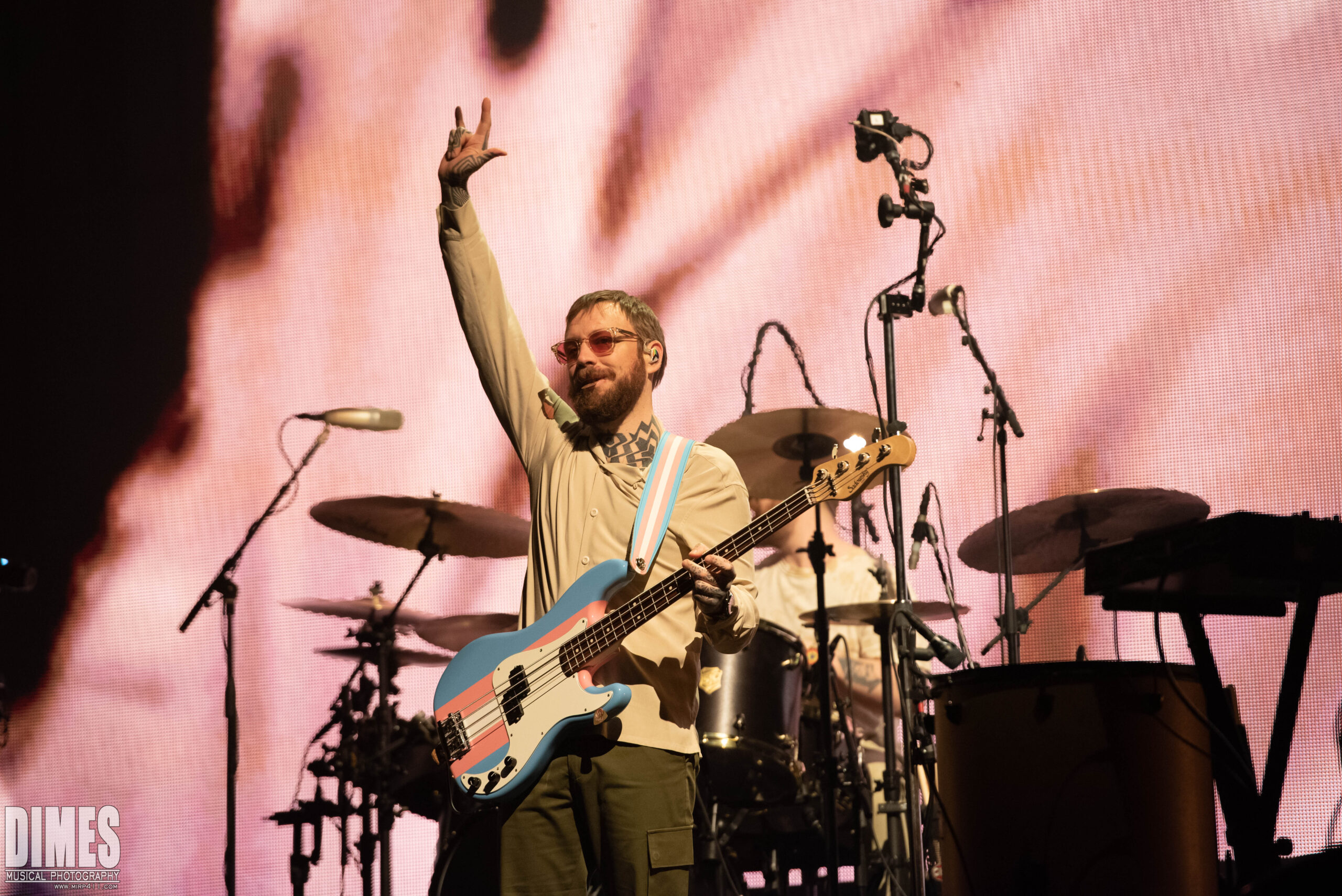 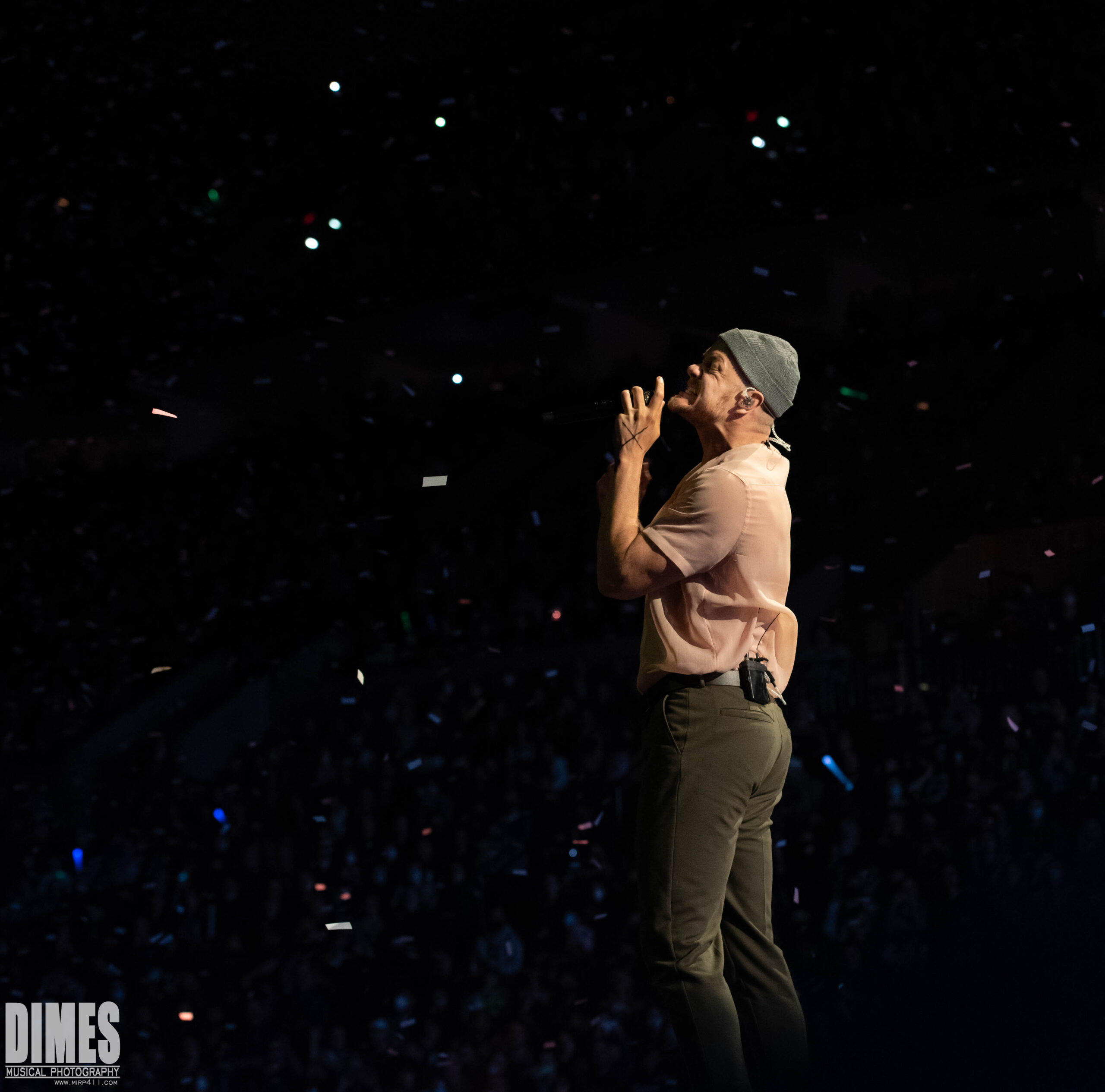 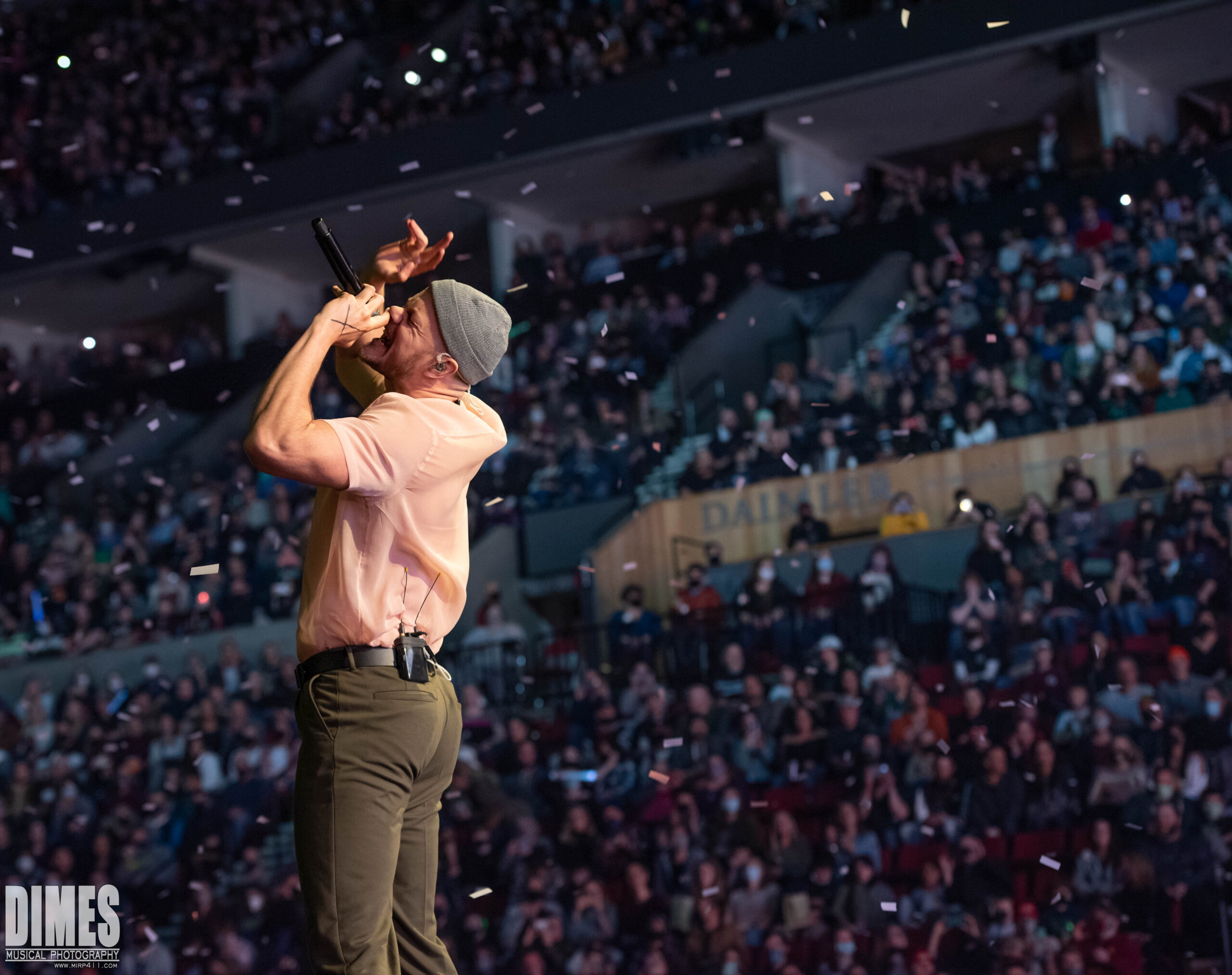 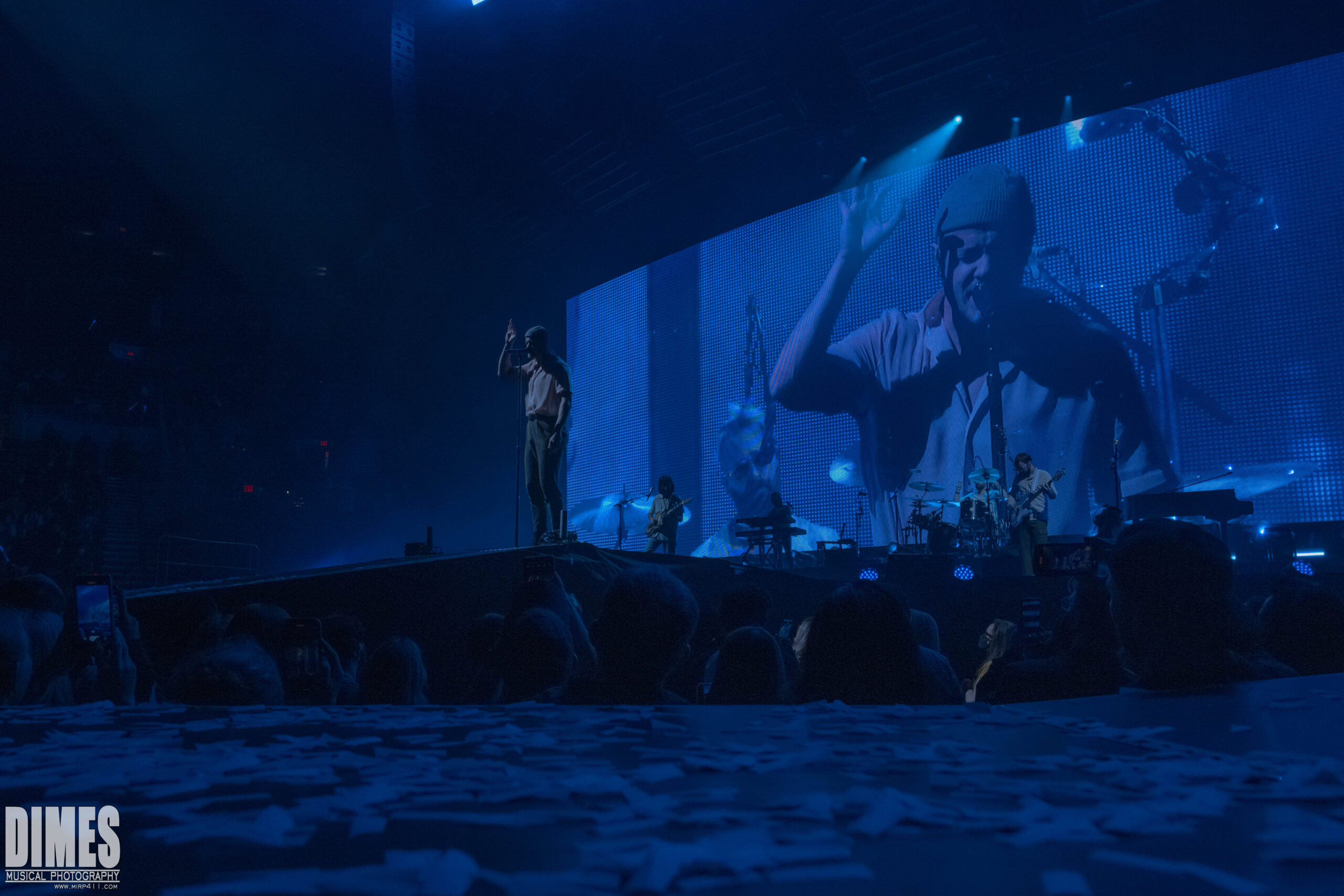 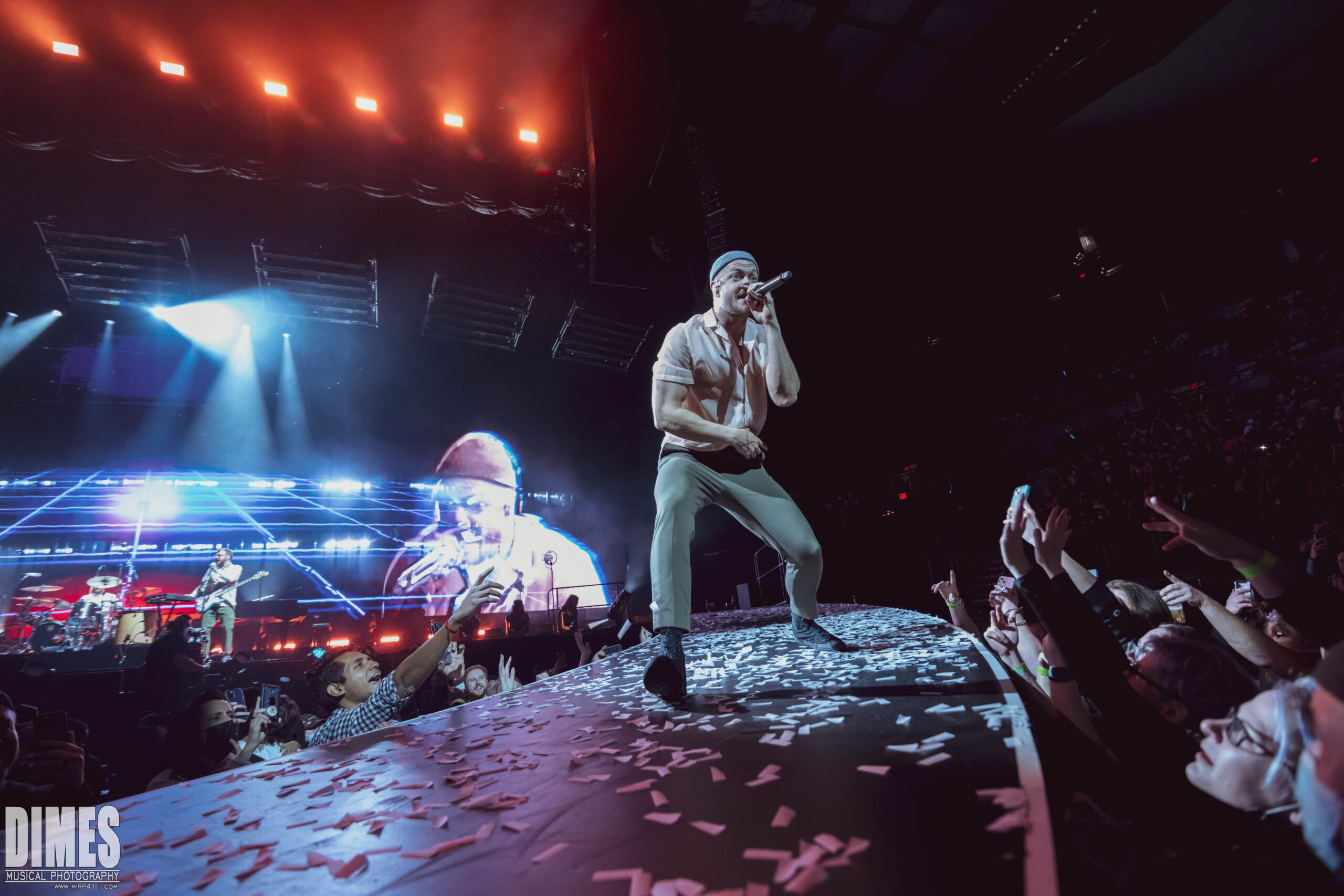 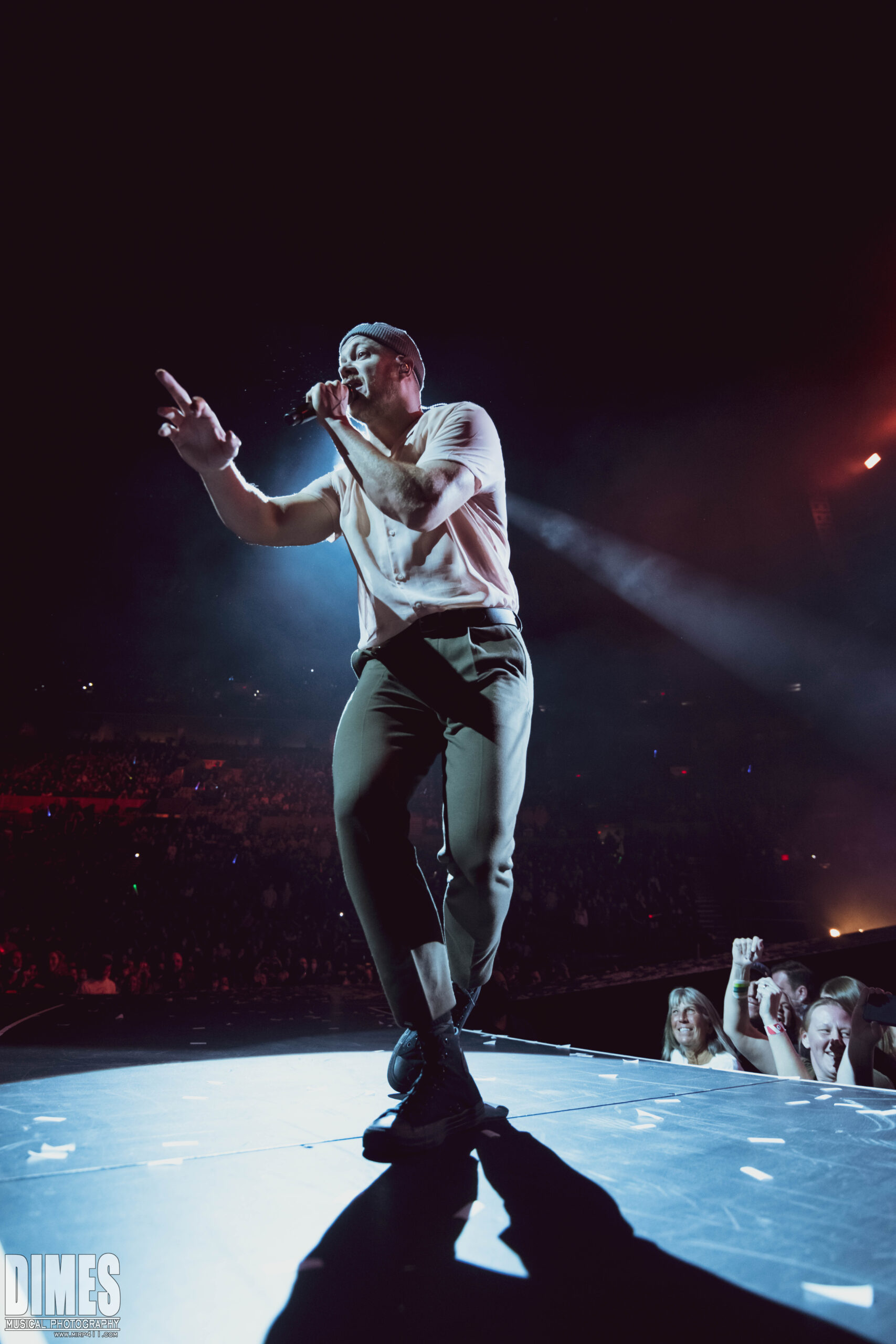 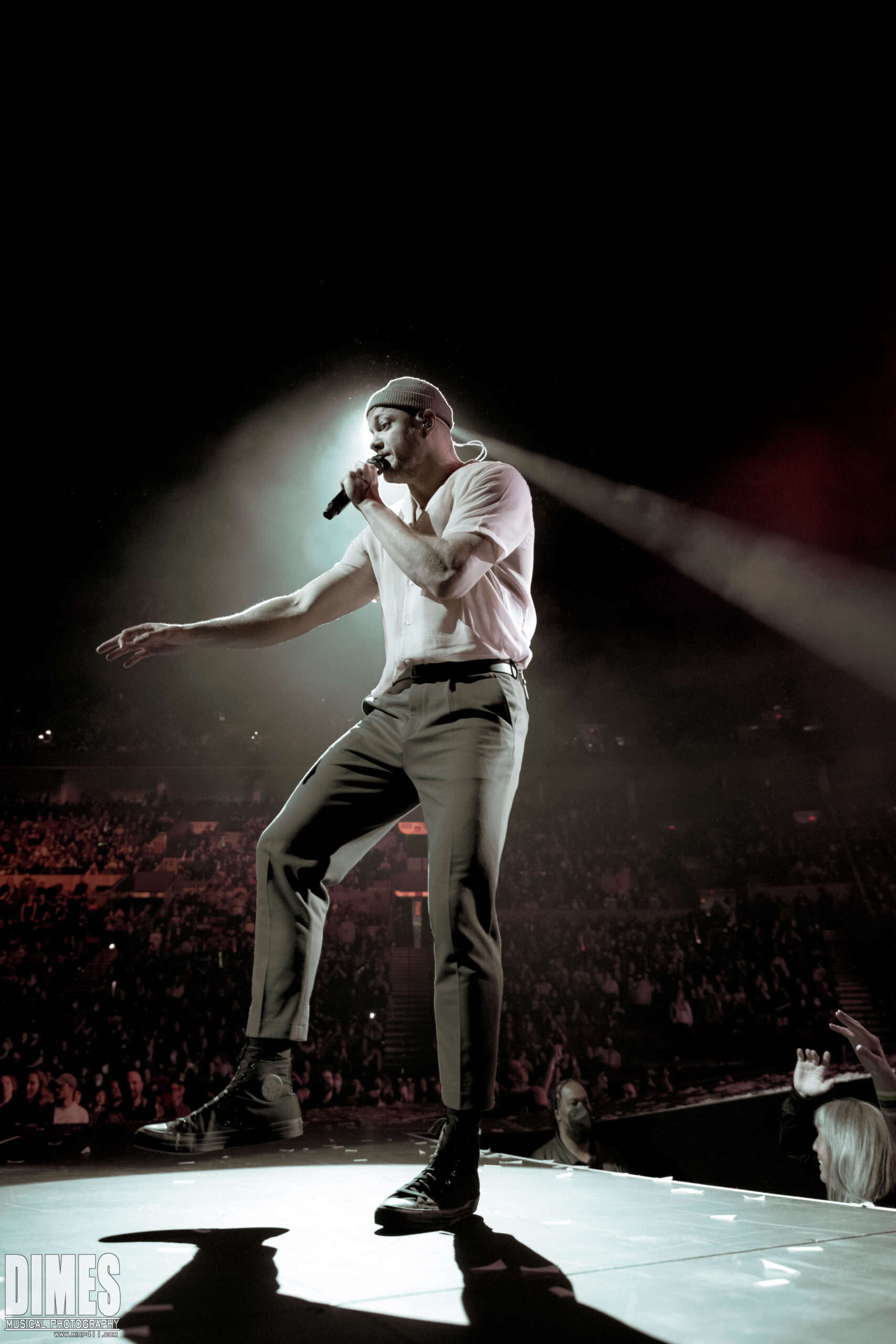 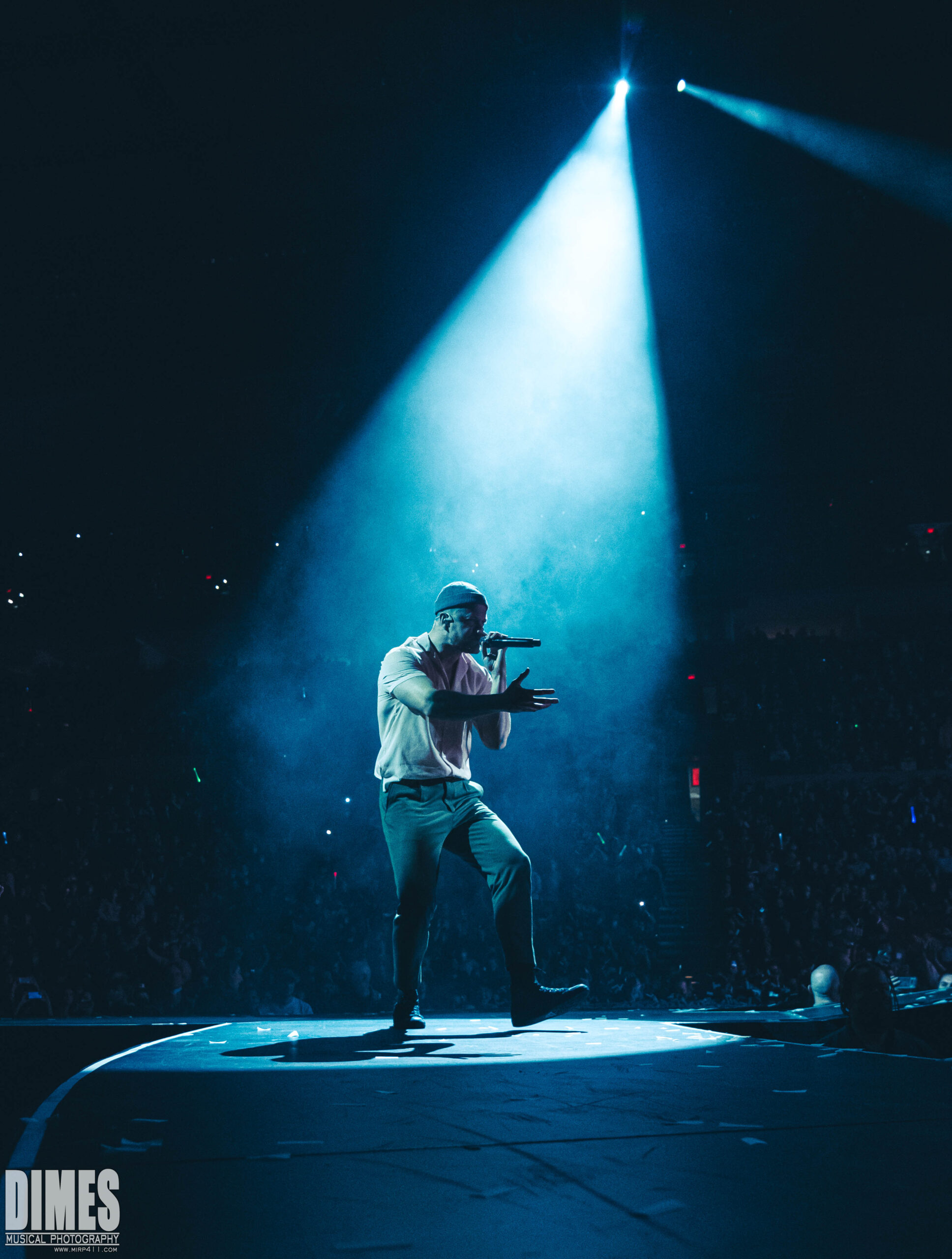