In today’s world, there are so many metal bands. So many, that it’s hard to keep up. Remembering album names, song names, member names is nearly impossible. Back in the simpler 80/90s, mighty bands such as Judas Priest, Iron Maiden, Black Sabbath, Quensryche, etc., were a staple. Radio play, waiting in line (or on the phone) to buy tickets, big
stadium tours, rushing to the stage to be as close as possible was the norm. 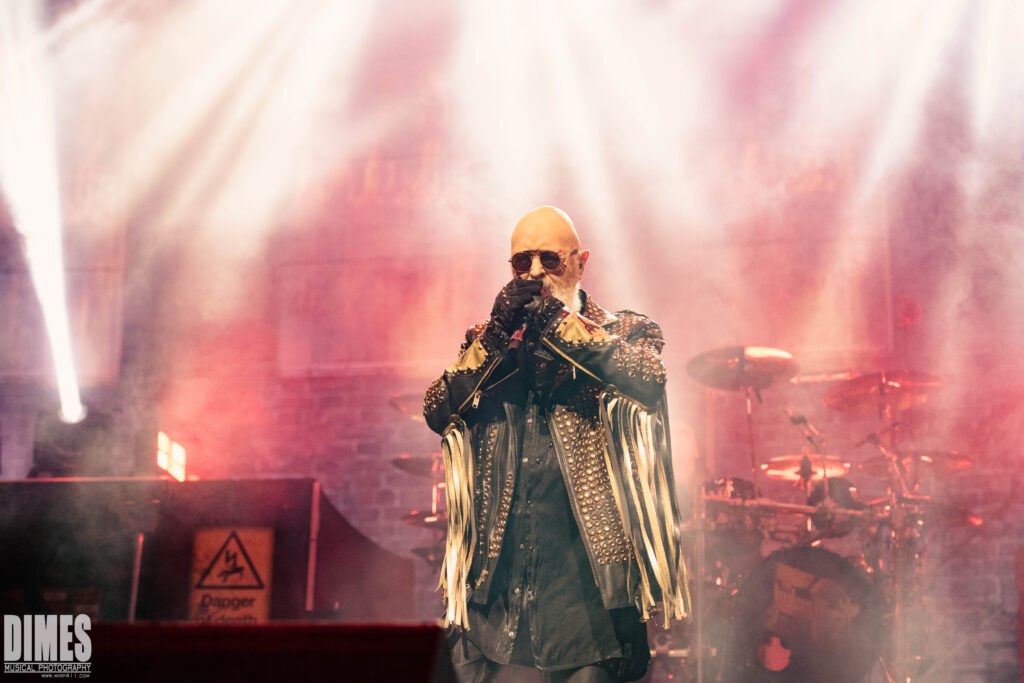 I was excited to see Judas Priest again; I’d seen them numerous times from the 80s until this show. I must say that I was quite surprised that the set up was only part of the huge Moda Center in Portland. Pre-covid, I’d seen Judas Priest and Saxon at full stadium capacity. Seating only about 6000 people, Priest and Queensryche played as if they were playing the largest festival. My seat was stage right, 13 rows up. Minus the drunk 50 something girl who was the only one standing during both bands’ entire show, the view was awesome. Her man kept trying to encourage her to sit down, but to no avail. Taking up three seats by swaying back and forth to the groove of Queensryche, I couldn’t help but be a little happy for her.

Fathers and sons, new fans, old fans, and friends gathered to see the two bands that were so influential for many bands today. Hagar vs. Roth, Bailey vs. Dickinson, La Torre vs. Tate…those conversations will always be a debate with old school fans. However, the buzz around me for Queensryche was that La Torre was fantastic, hitting the notes as good, if not better than Tate. I’d not seen Queensryche without Tate before, having followed Geoff’s solo career instead. Part of Queensryche’s appeal to me is Tate, however, I must say that Todd’s voice is stellar. He hit the notes well, but with a different stage presence that was noticeable. Except for a couple of not-so-perfect notes by both La Torre and the band, I’d say it was a job well done…and the crowd loved it.

Rushing to get a seat that was not their own were a couple of guys, I’d guess in their 50s or 60s. It was obvious that they had partook in many a bad habits over the years, but their excitement was thrilling to watch. They stood and sang each song proudly, even if some of the words had escaped them. They clapped, headbanged, high fived, and yelled, “Yeah!!!!!” often. One even yelled between songs, “Gimme’ back my YOUTH”!!!

On this night in Portland, Oregon, Queensryche played:
Queen of the Reich
Warning
En Force
NM 156
Empire
Walk in the Shadows
The Whisper
Operation: Mindcrime
The Needle Lies
Take Hold of the Flame
Screaming in Digital
Eyes of a Stranger

It used to be ‘Bohemian Rapsody’ that played prior to a big show. A song everyone knows. There isn’t anything better than hearing the entire crowd sing in anticipation of Judas Priest. No Queen this show, just the beloved War Pigs by Black Sabbath. “Generals gather in their masses! Just like witches at black masses,” screamed the crowed. They even mimicked the guitar part… “wahhhhh!”

Soon, the Battle Hymn began, and Judas Priest’s symbol descended from the ceiling, illuminating the stage. The crowd jumped to their feet as Priest broke out into “One Shot at Glory,” a song that was less familiar to the crowd. Next was “Lightening Strike,” followed by the uber familiar “You’ve Got another Thing Comin’.” It was here where every 50-something man turned into a spectacular air-drummer in time with the band. Ritchie, looking like the epitome of a rock star shined as Halford paced back and forth across the stage like a caged lion.

The rest of the set included:
Freewheel Burning, Turbo Lover, Hell Patrol, The Sentinel, A Touch of Evil, Rocka Rolla.

Then to my favorite part of the show with “Victim of Changes,” and “Desert Plains,” both very familiar with the crowd as was shown by the singing in the crowd. “Blood Red Skies,” followed by the very fun “Invader,” and “Painkiller.” They left the stage, returning with “The Hellion”, “Electric Eye”, “Hell Bent for Leather”, “Breaking the Law”, “Living After Midnight”, exiting with “We Are the Champions”. Undoing the short-lived termination of Andy Sneap was a good move by Halford, as I don’t think any of us wanted to see Judas Priest as a four piece.

I read a quote by Halford earlier this year, post letting Sneap go:

The singer thought it would be a good idea to return to a quartet to celebrate Priest’s ongoing 50th anniversary, since the group started as a four-piece, but quickly realized it wasn’t the best idea. “That all came from me, it didn’t come from the band,” confessed the metal icon. “Of course, that blew up in my face, didn’t it? To have done something like a four-piece now would’ve been just not right, ridiculous, insane, crazy, off my rocker, have a cup of tea and relax. It’s kind of water under the bridge now. I think my heart was in the right place, but I’m not the first musician to have a crazy idea.”

It was sad to know and see Judas Priest in their long-lived heyday and see them play to such a small crowd, but Priest was no less energetic, thankful, and, well, downright awesome. It makes me sad that the kids today will never know that feeling of waiting in line in the rain or snow to get the new release as it comes out or waiting all night in the party that occurs in the camping line to get into the show.

Rob Halford will forever be one of the greatest voices in metal; he is indeed the Metal God. 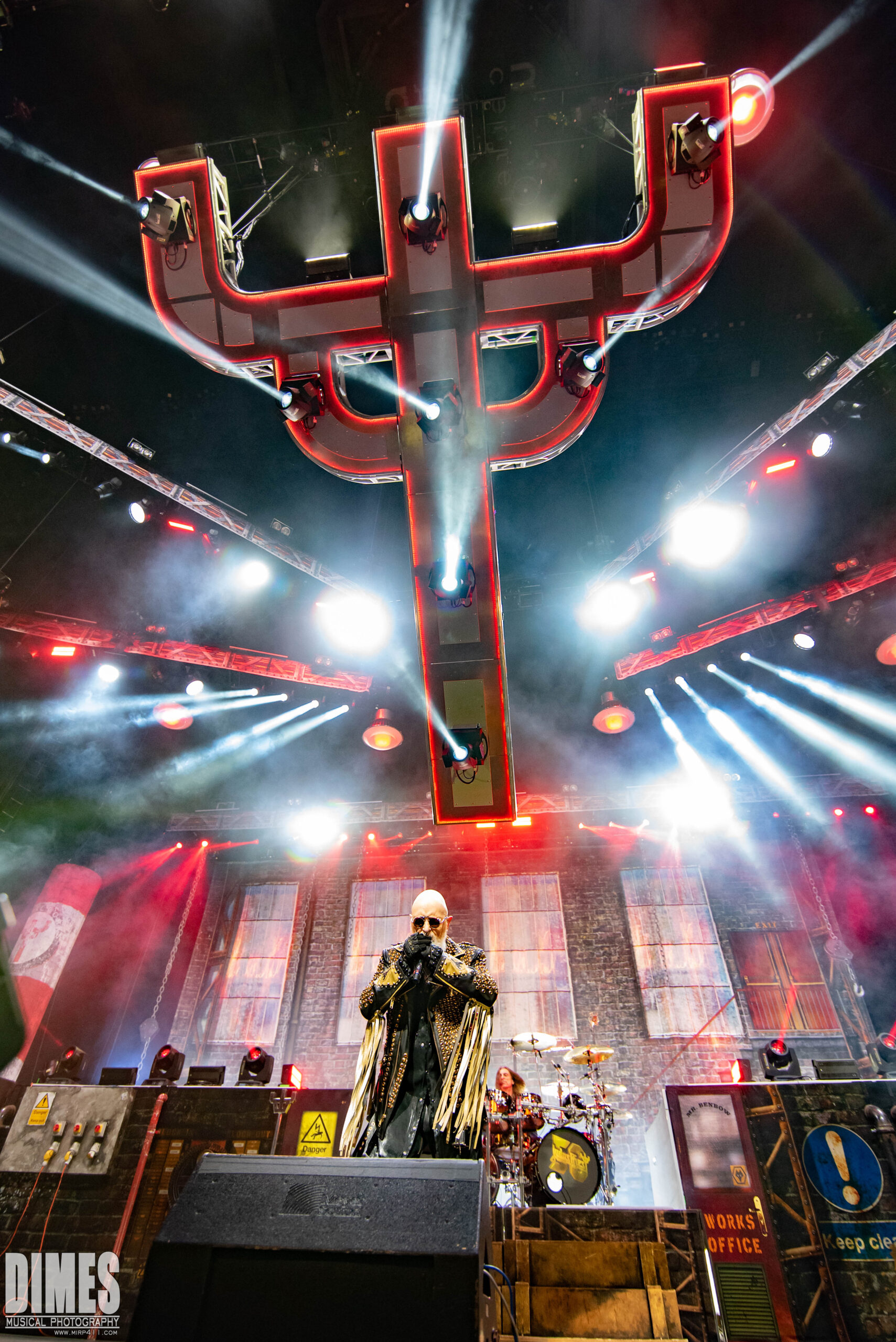 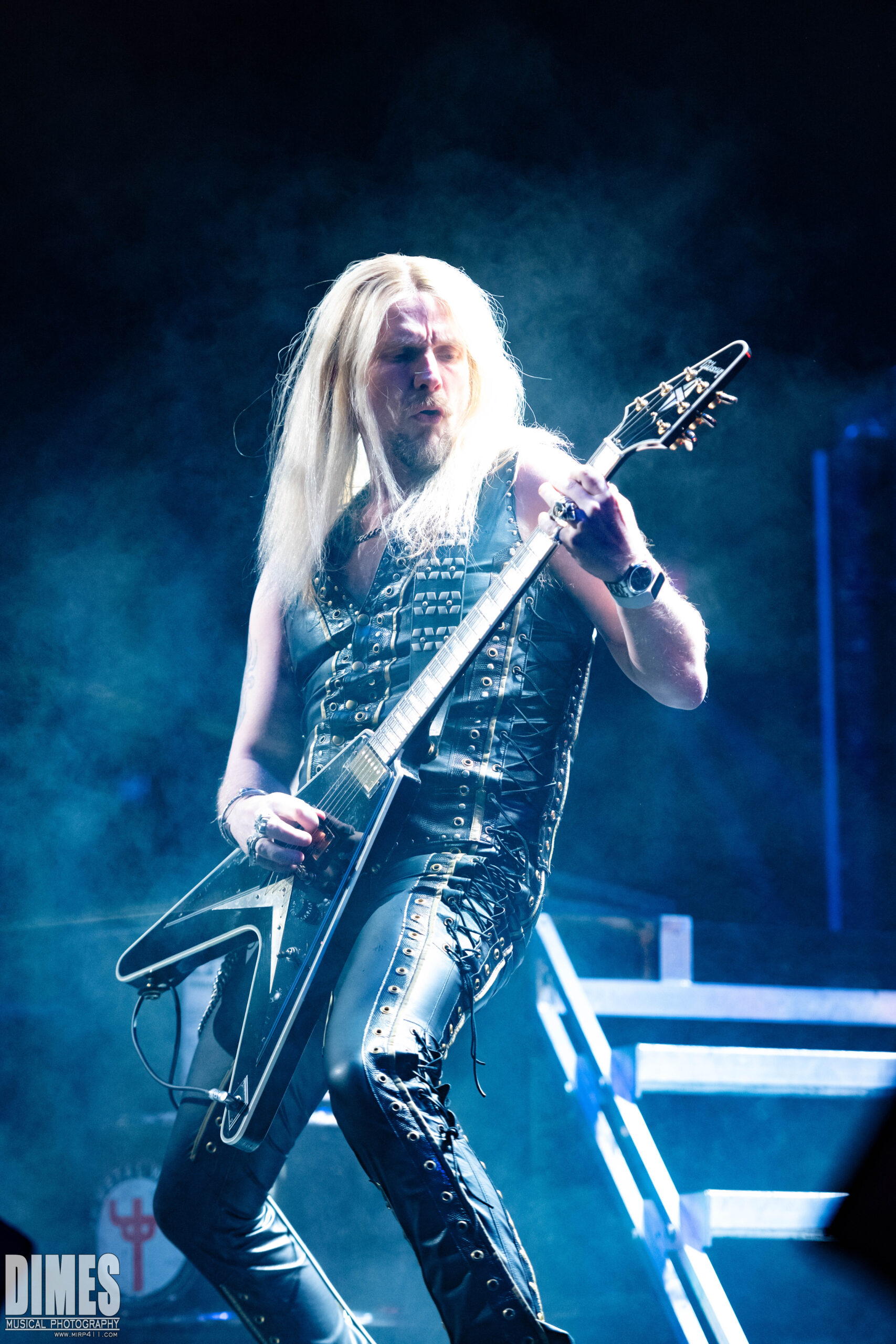 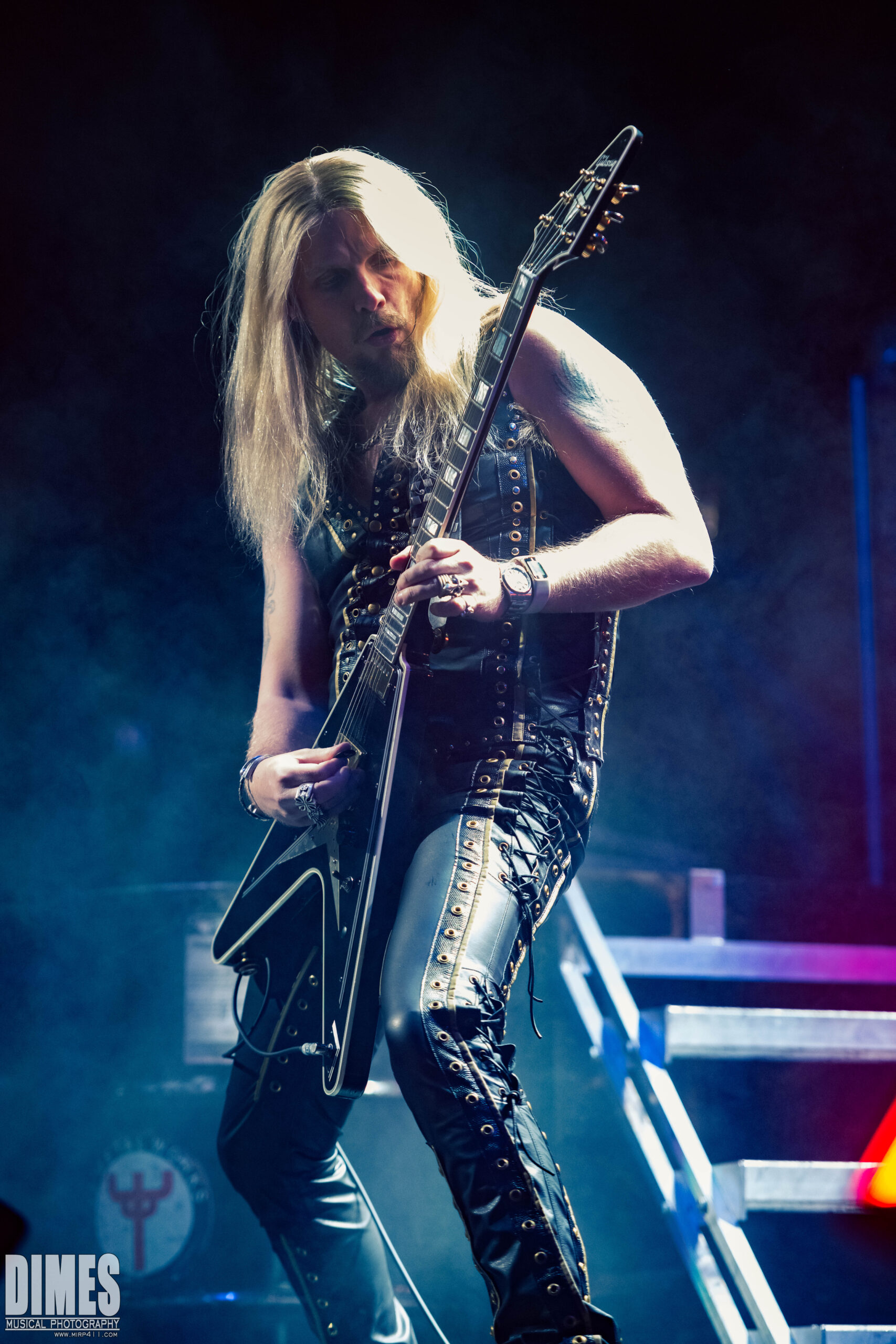 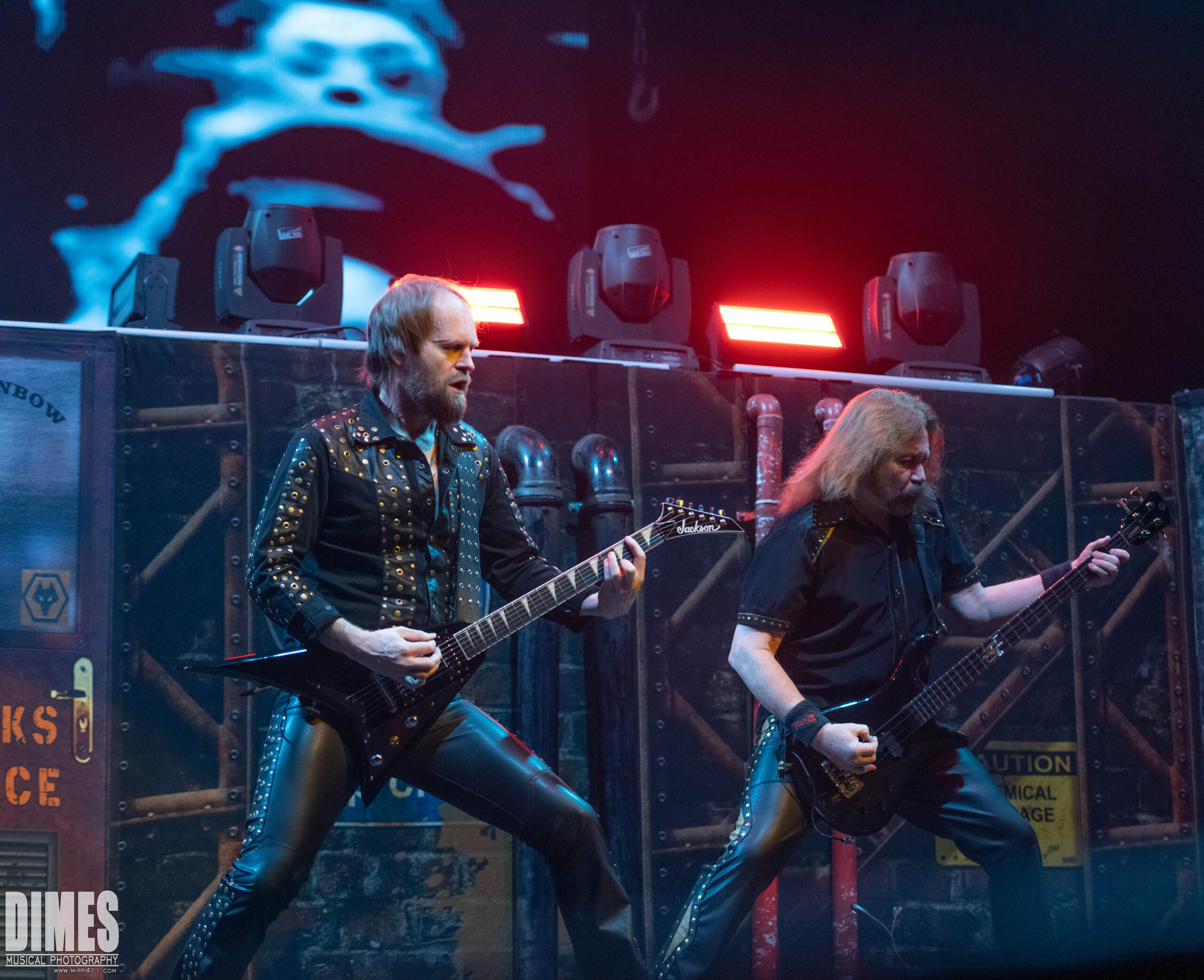 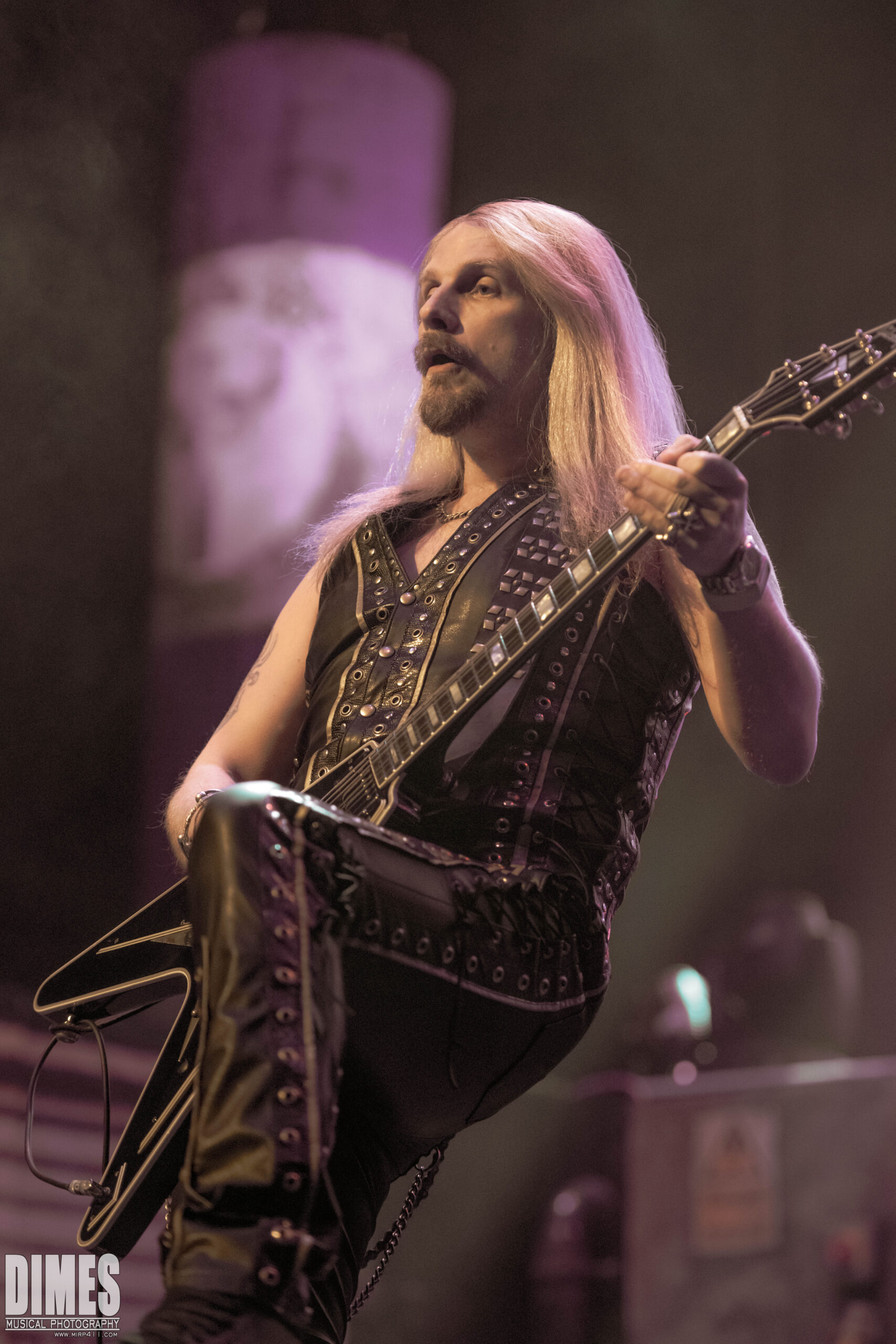 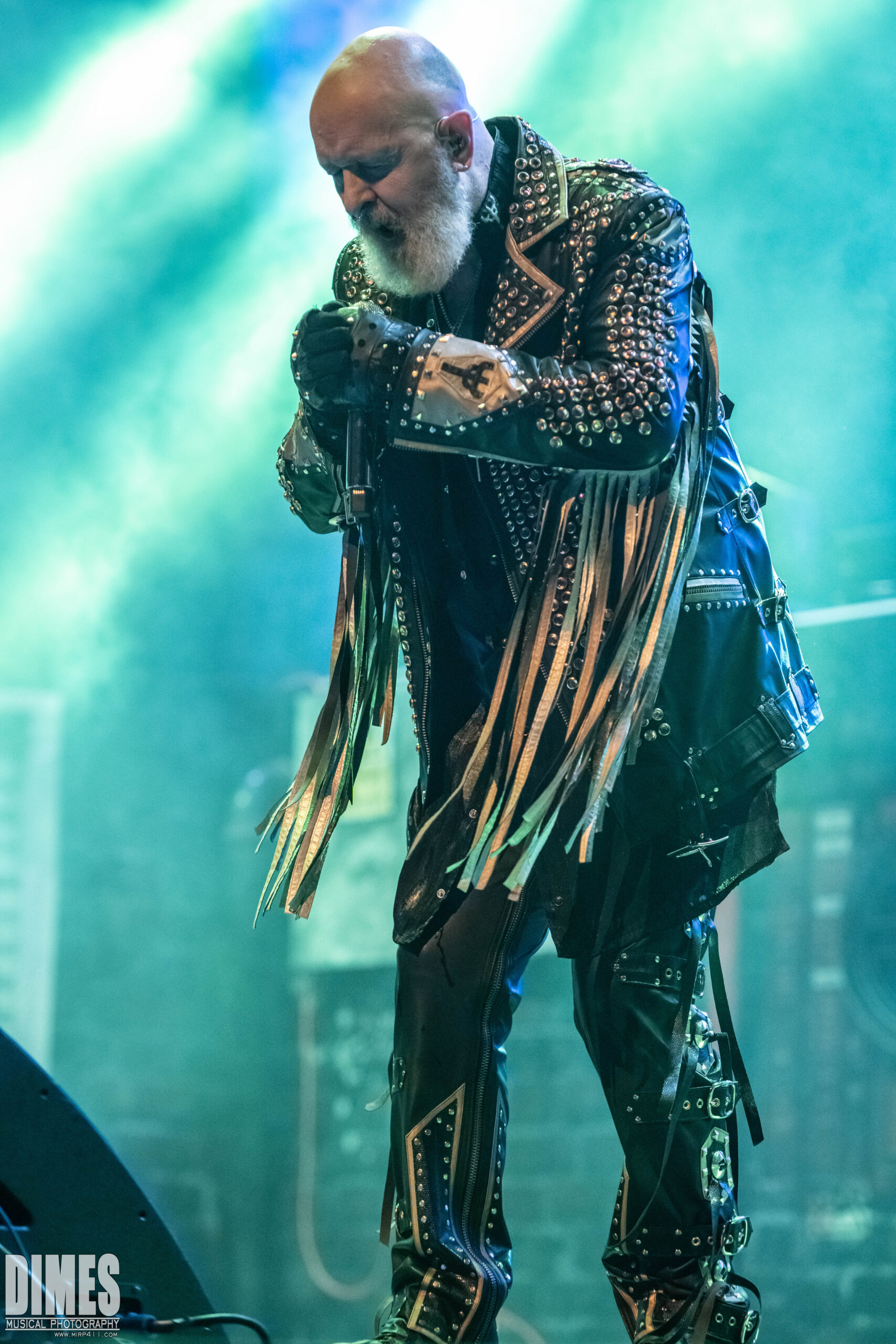 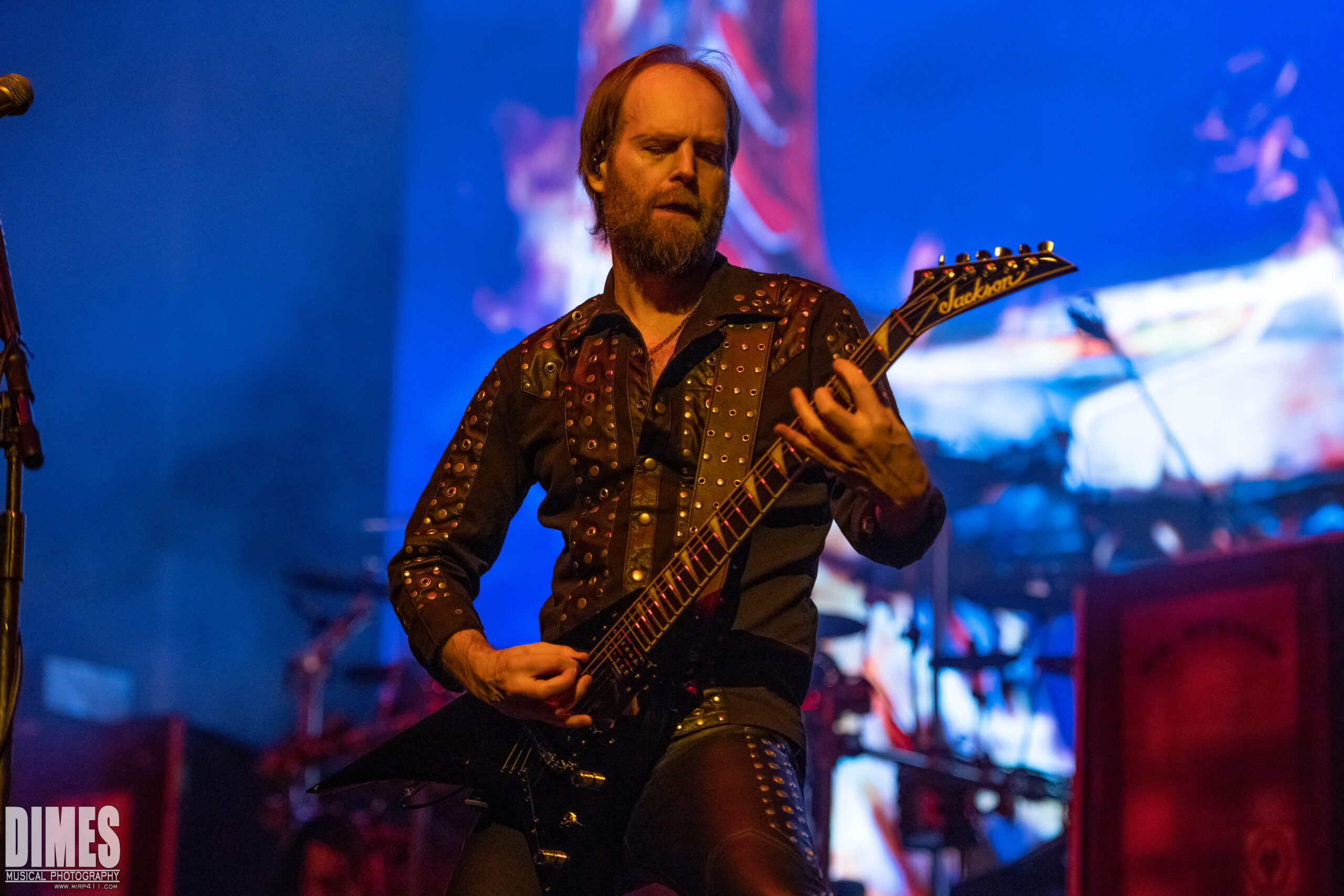 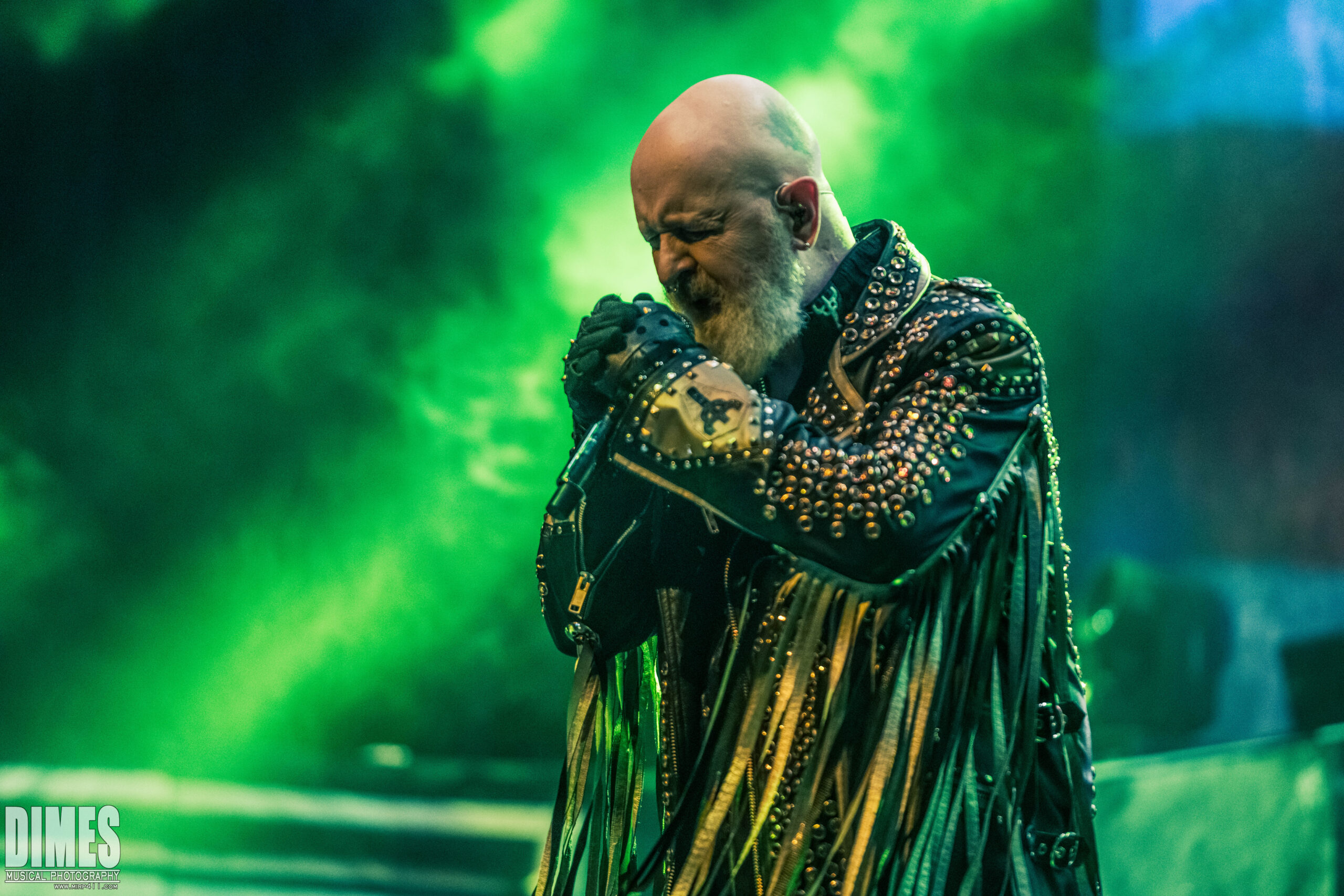 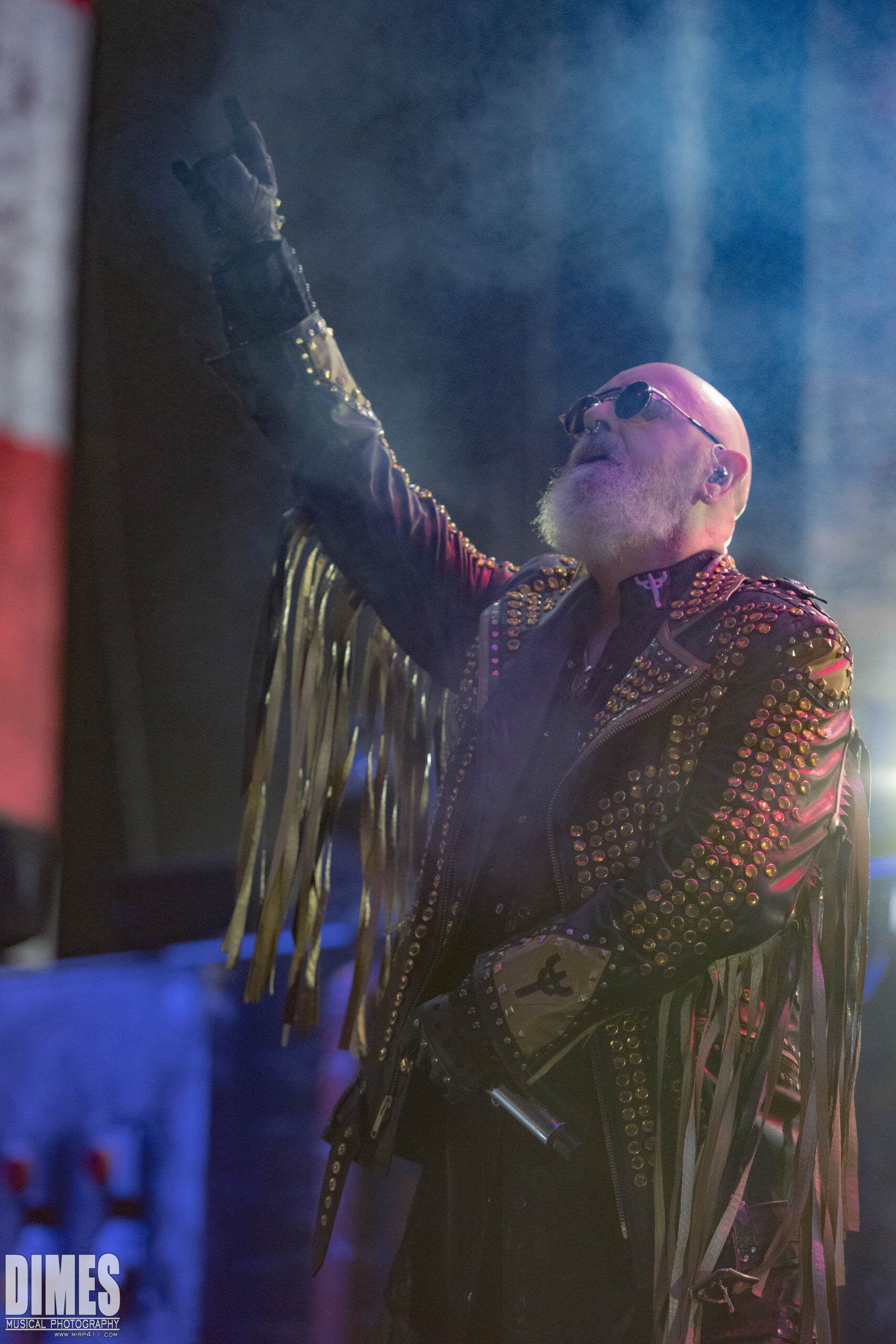 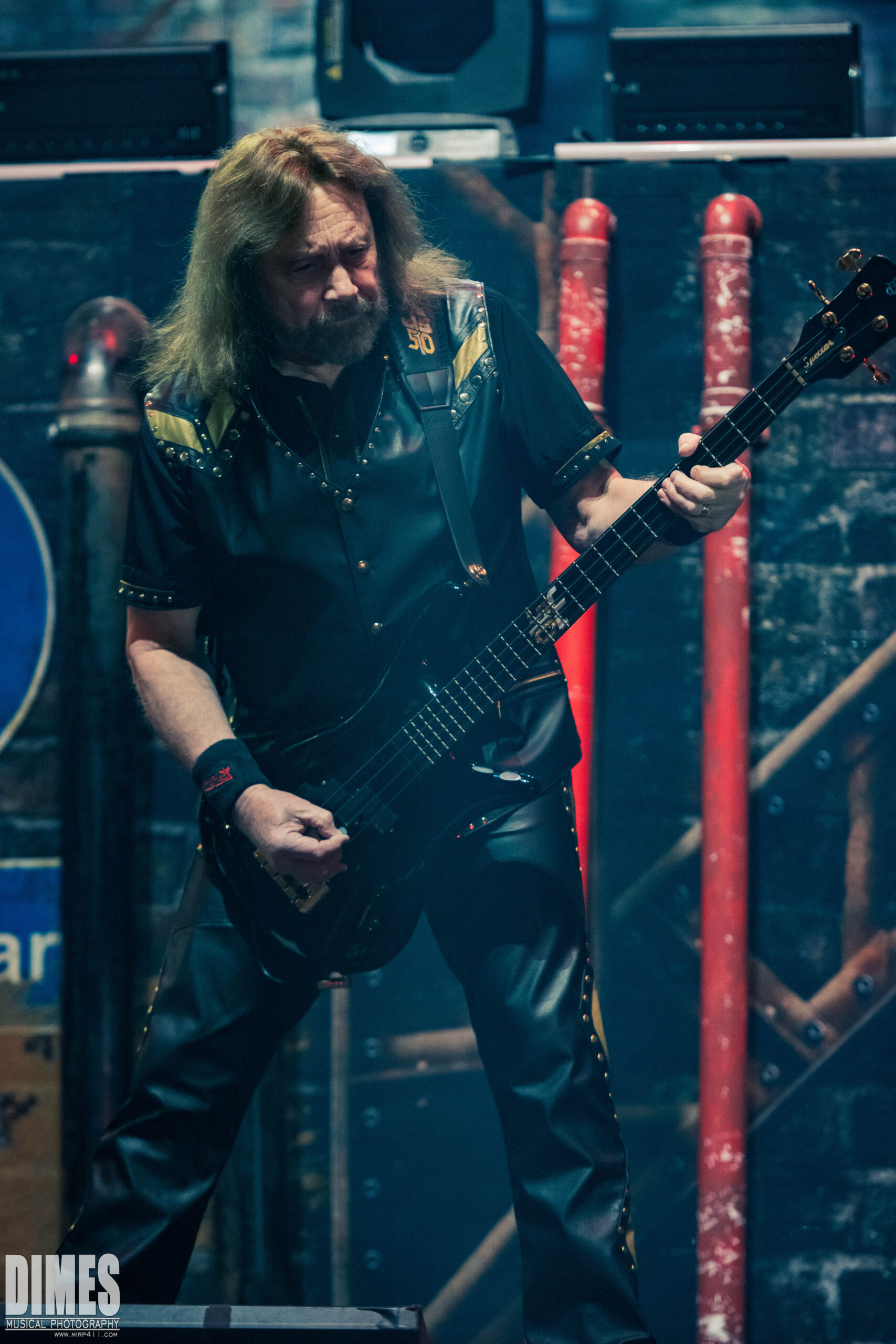 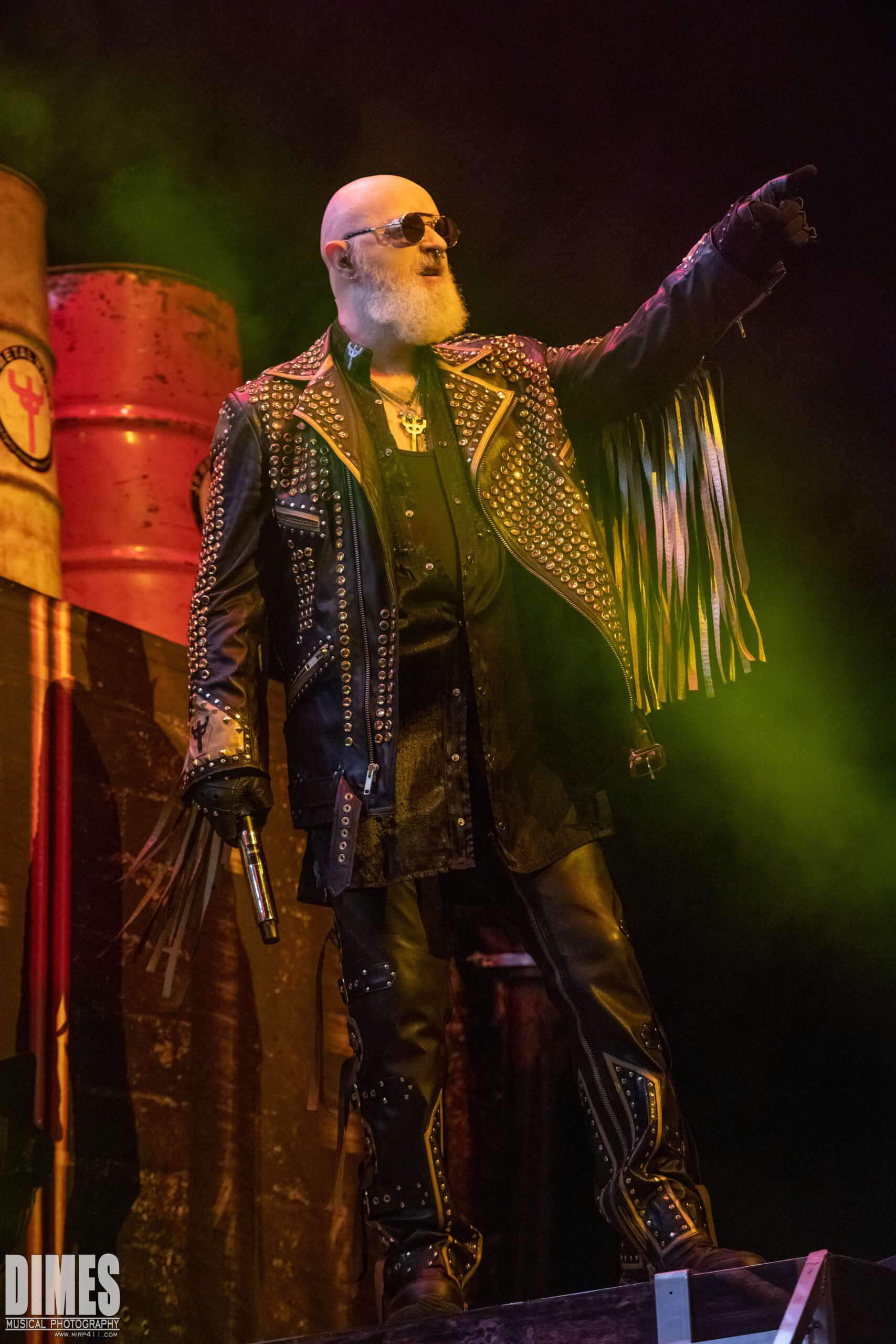 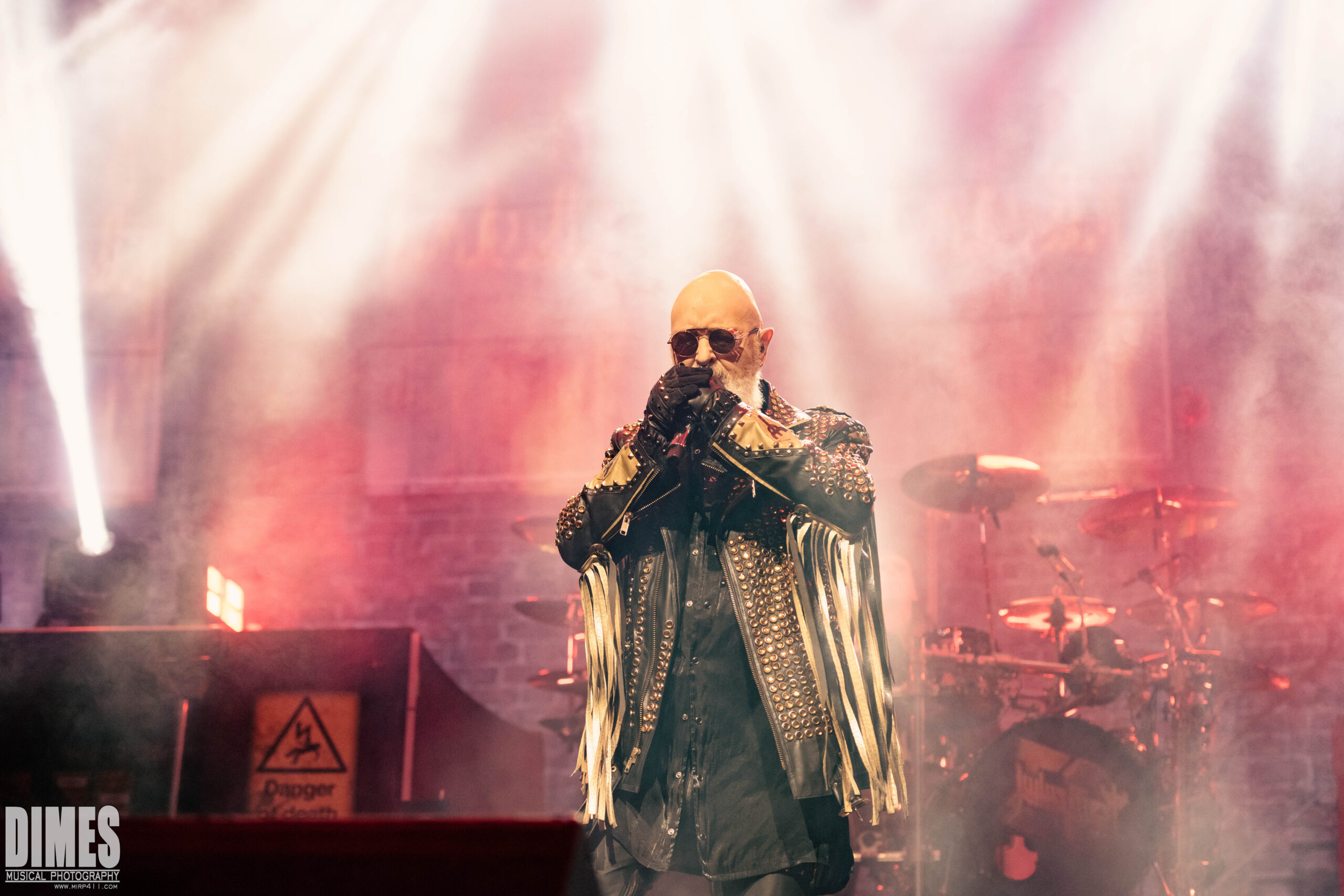 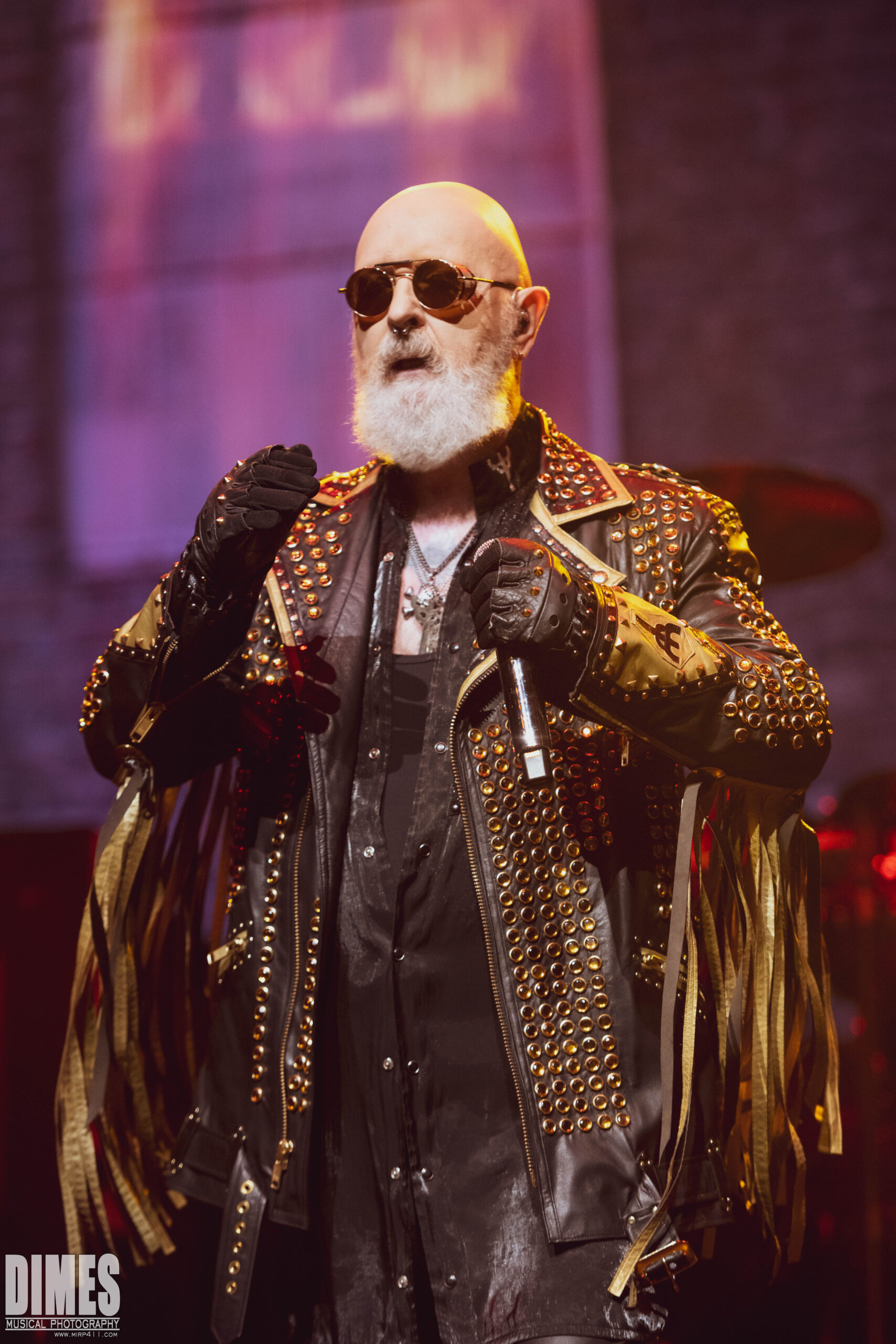 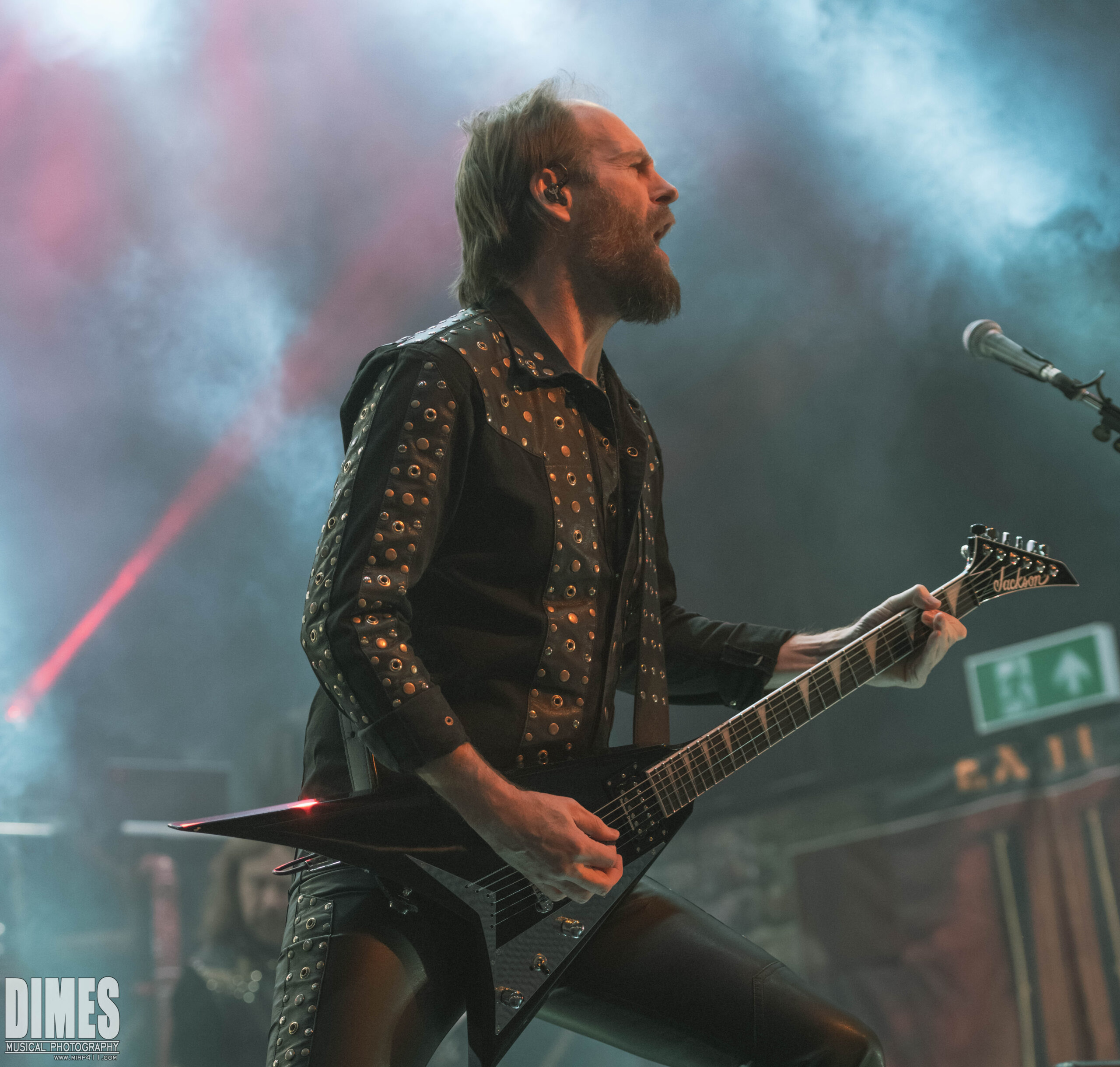 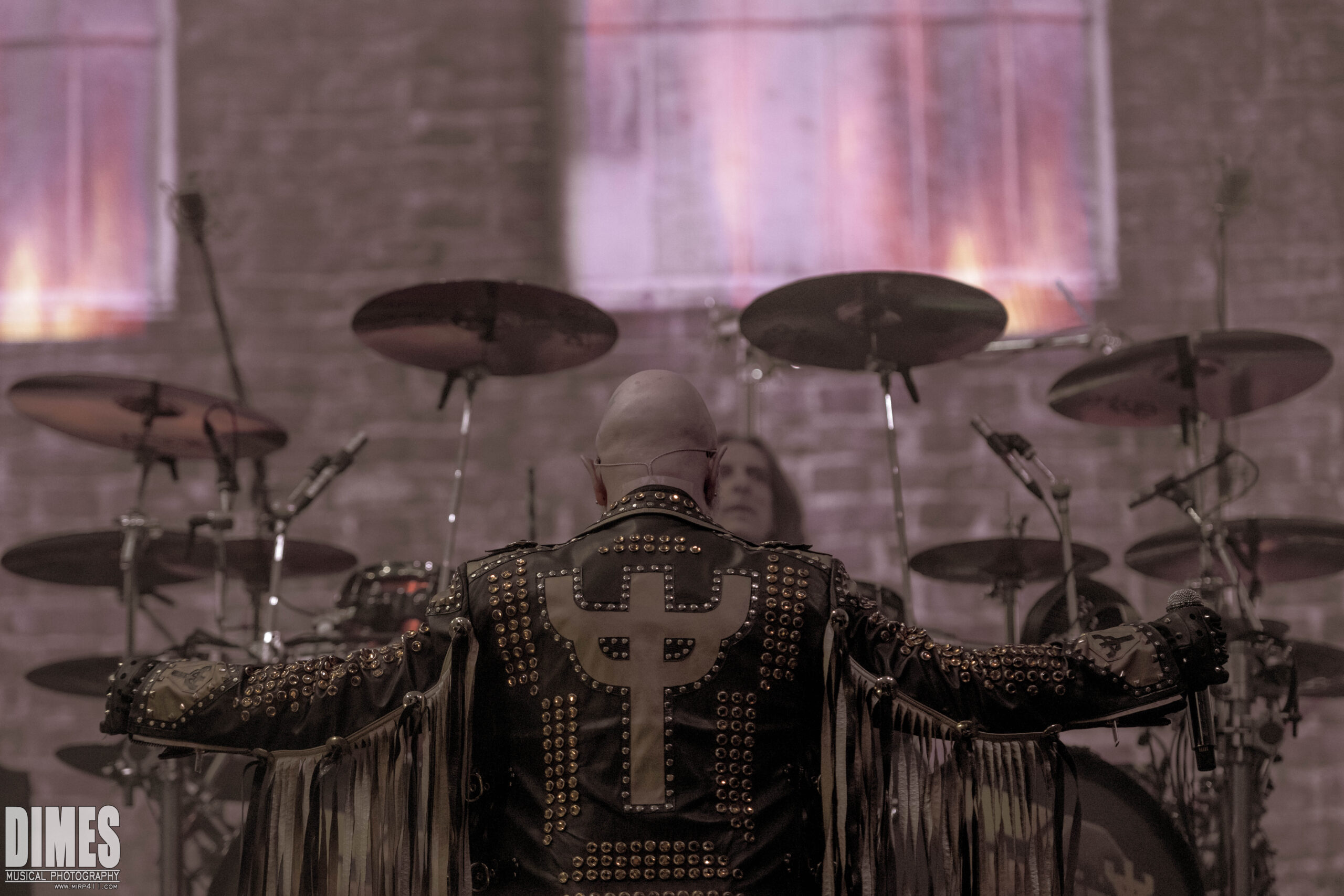 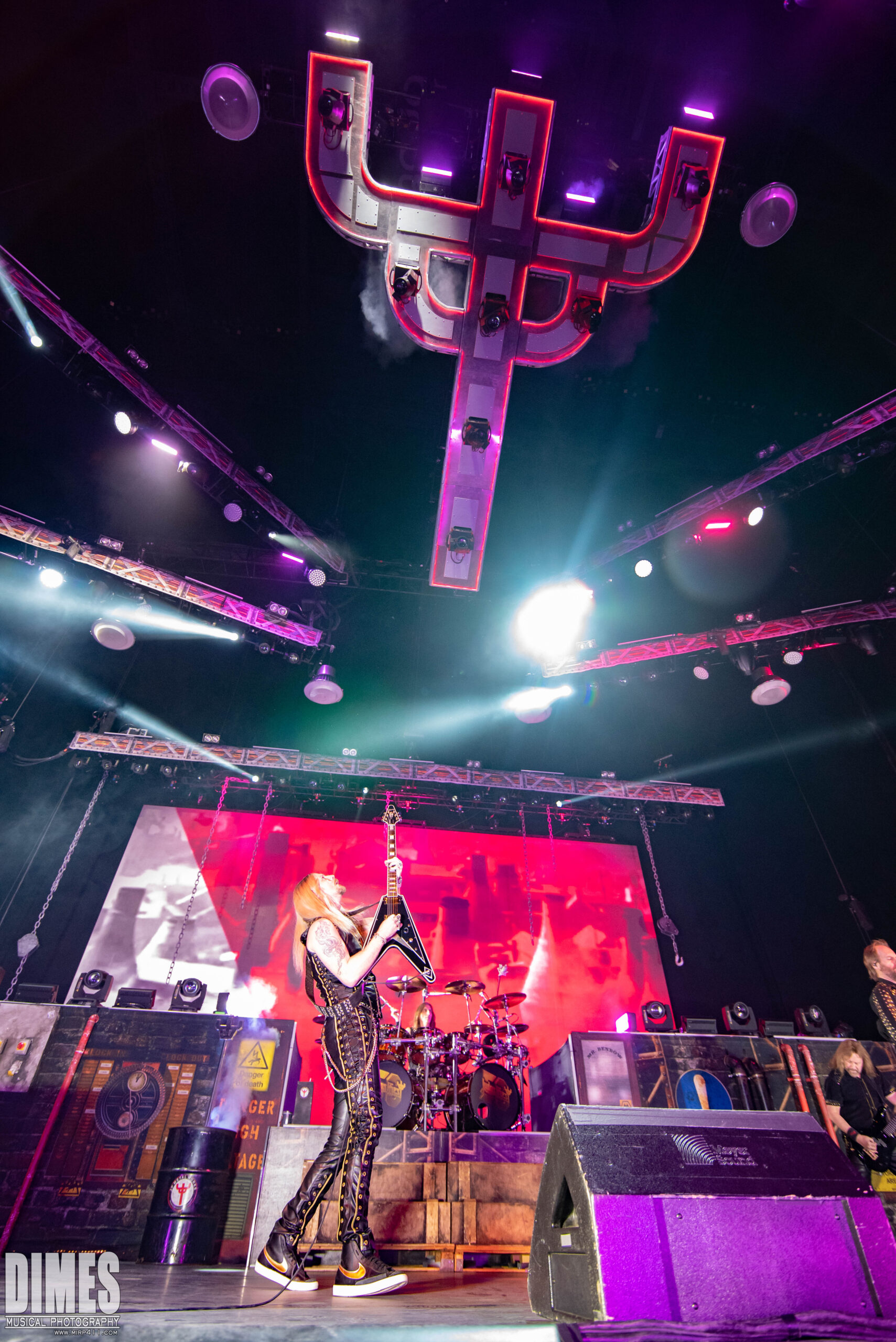 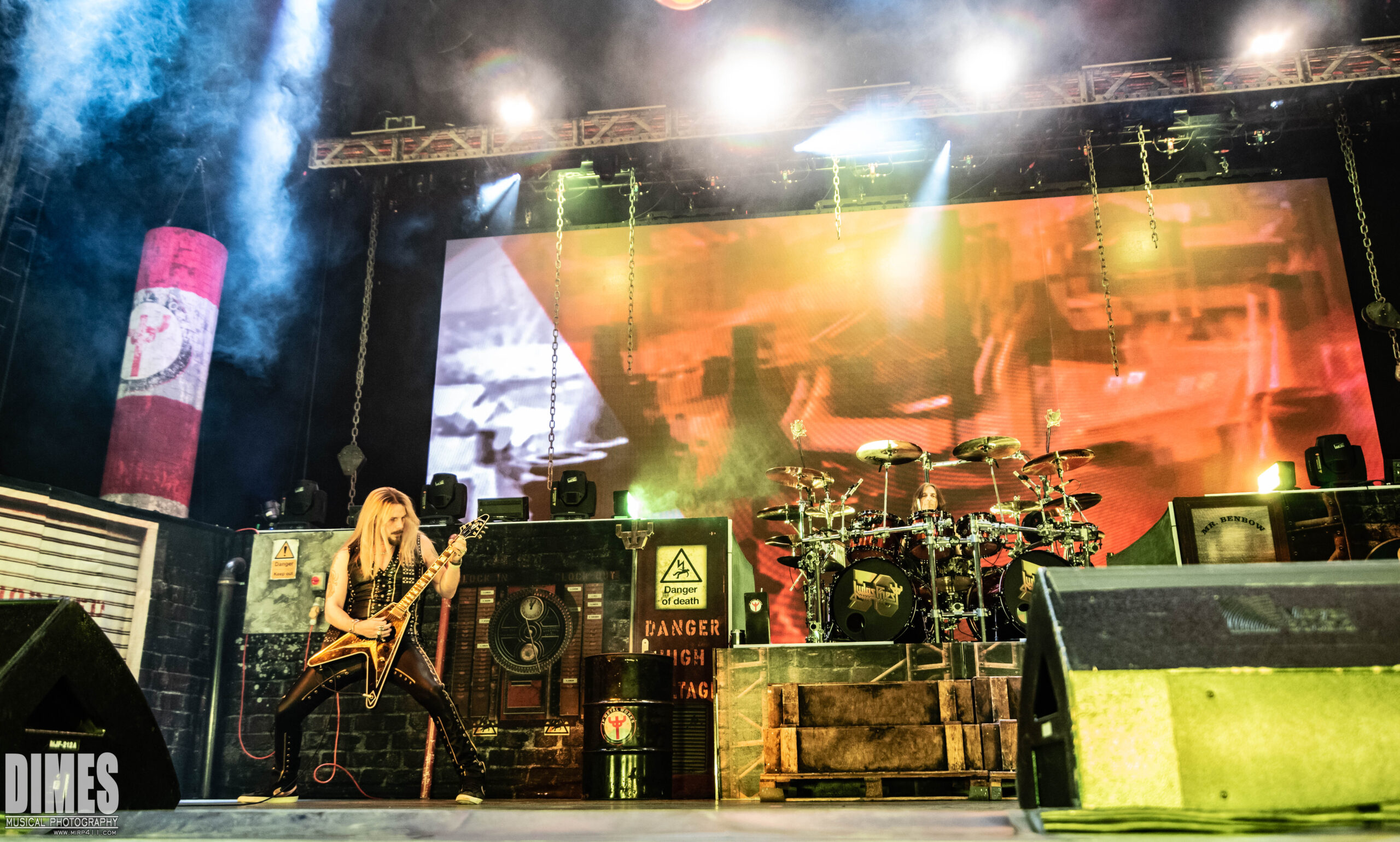 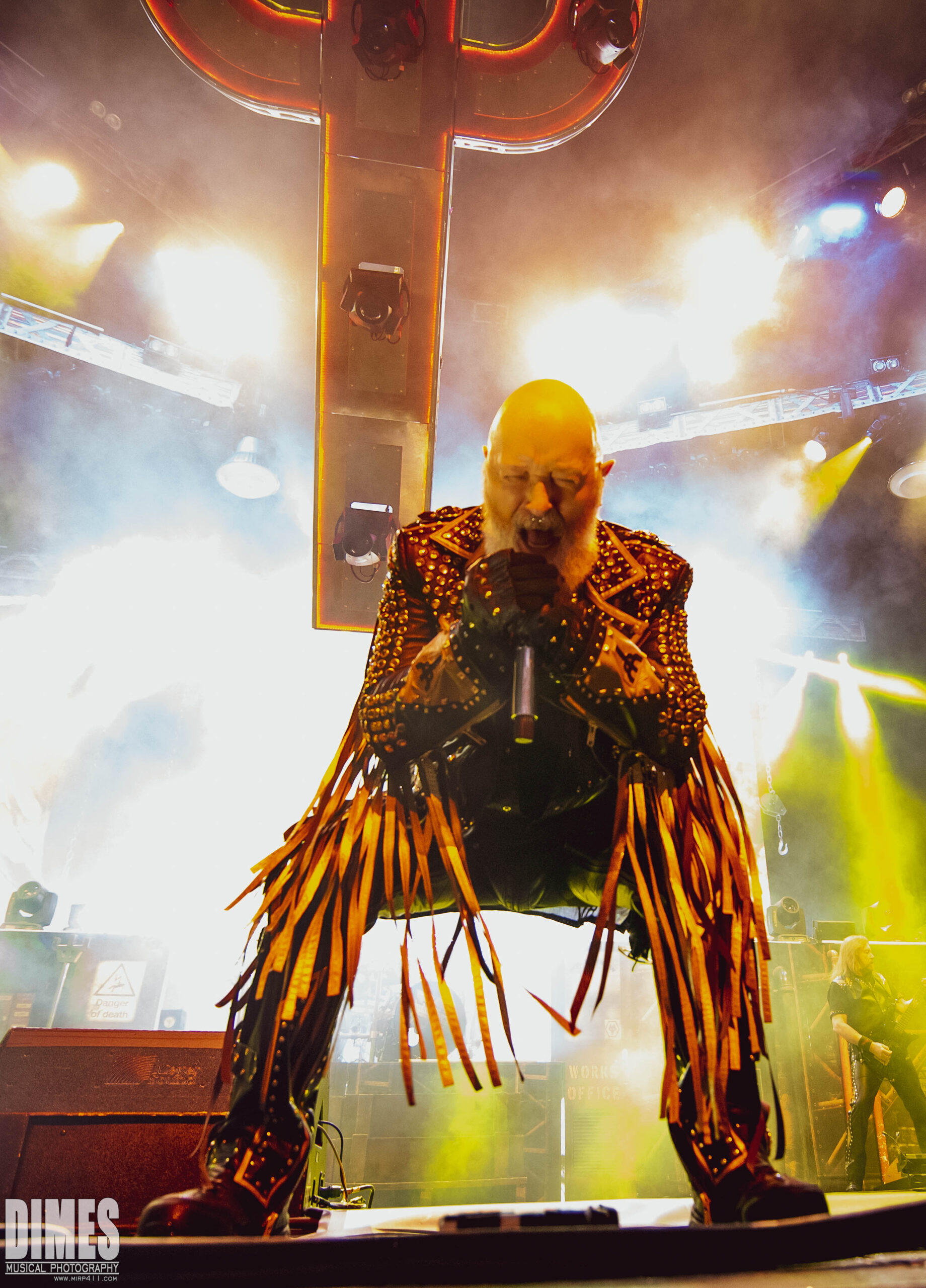 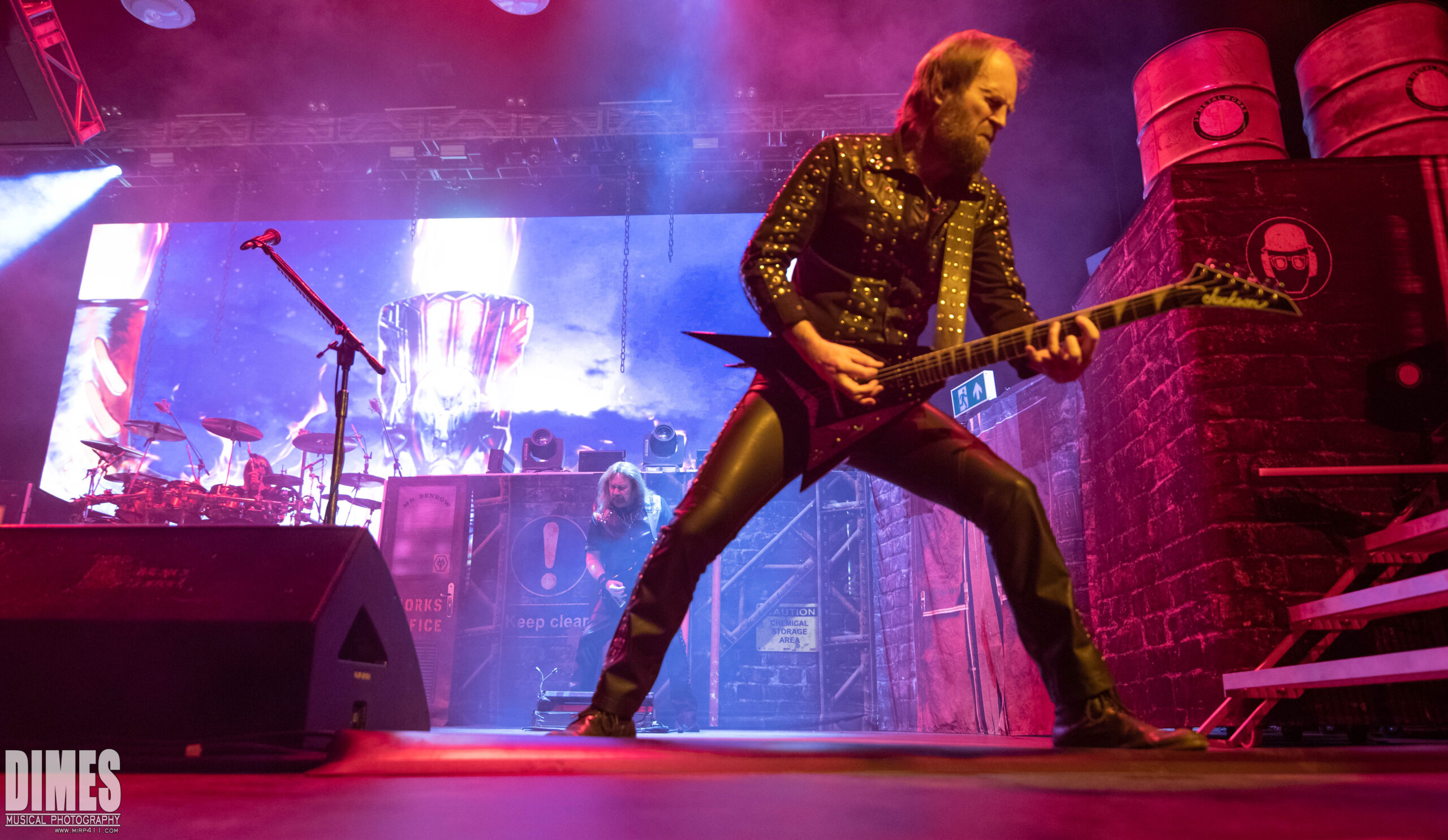 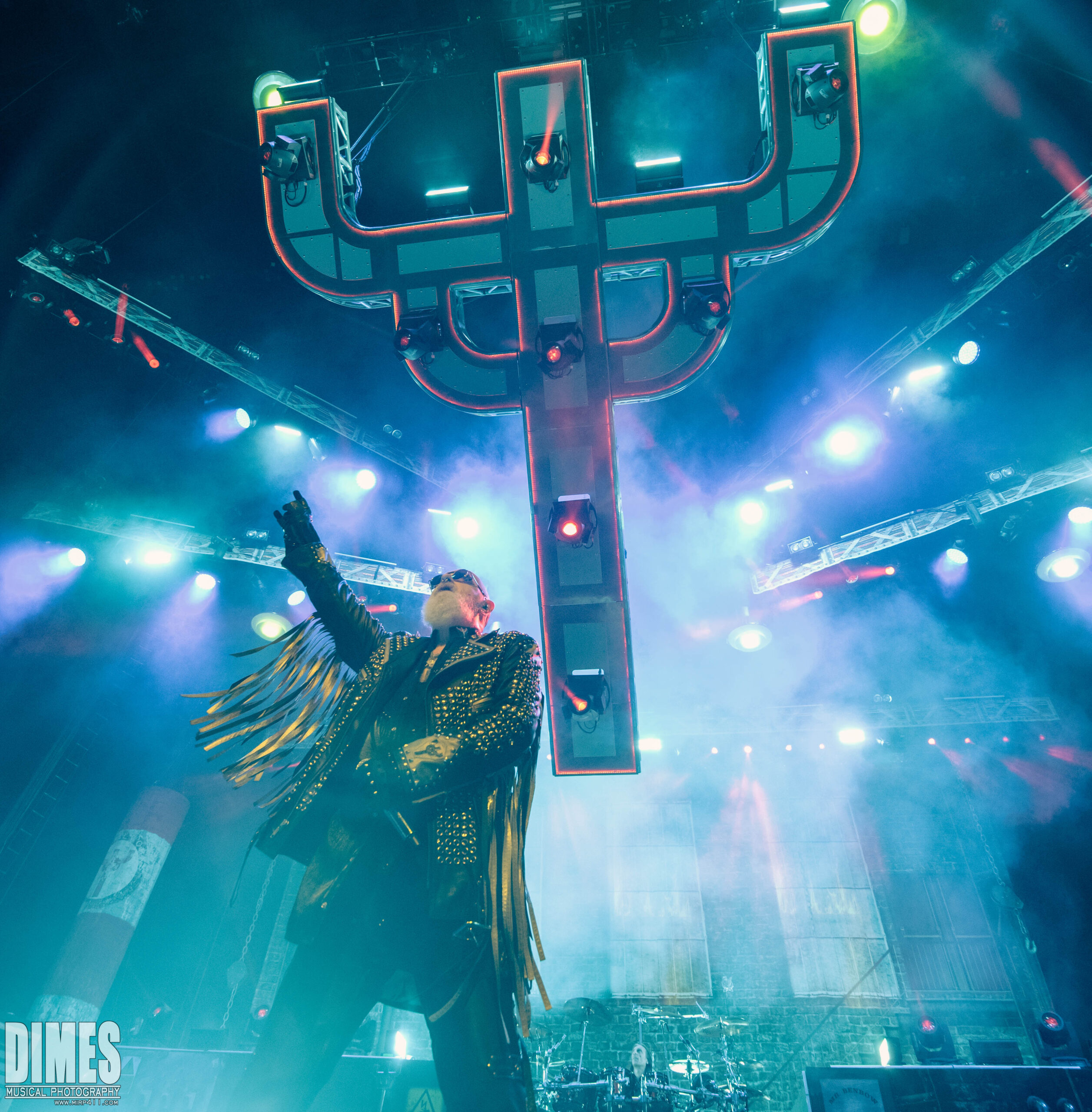 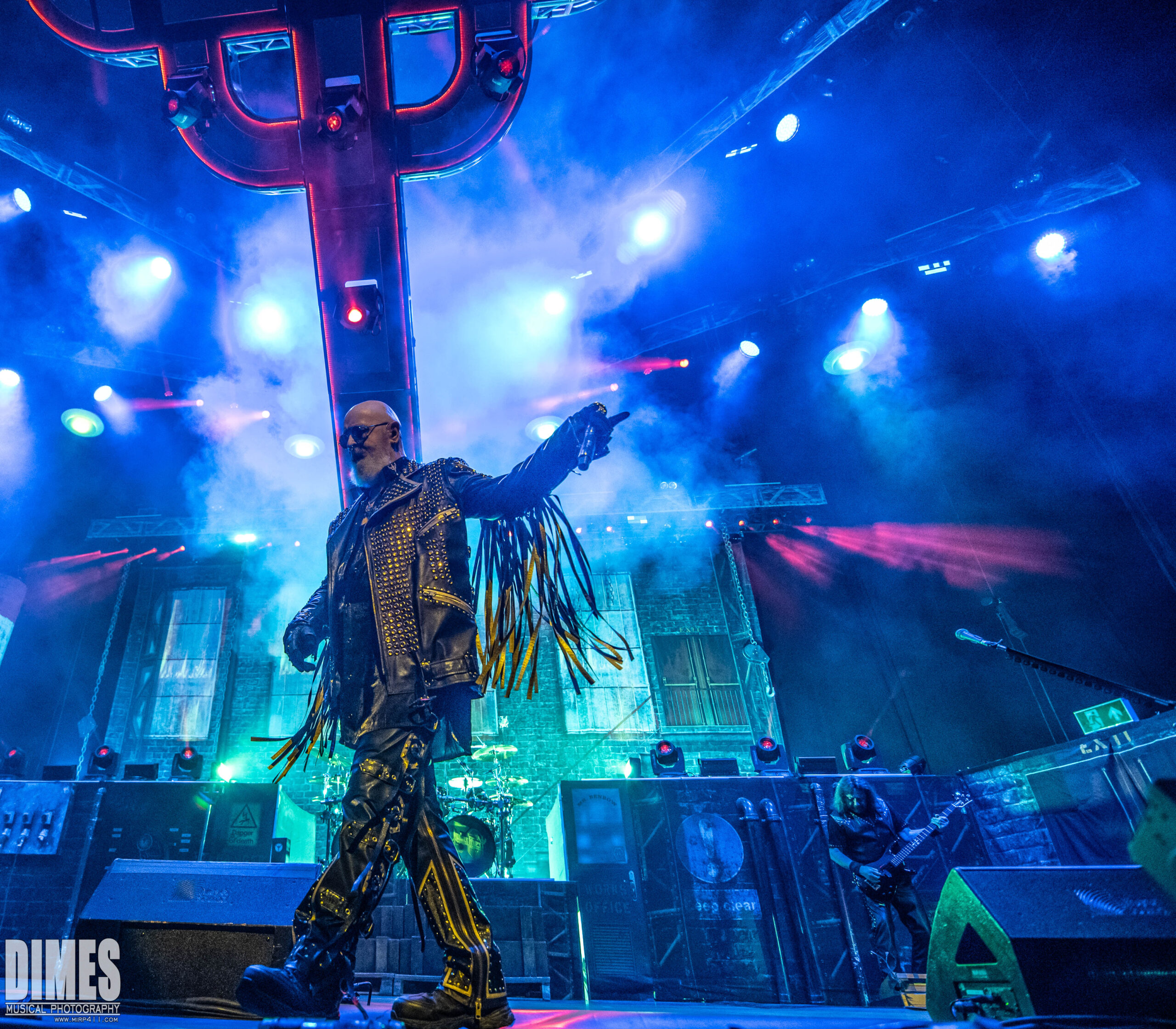 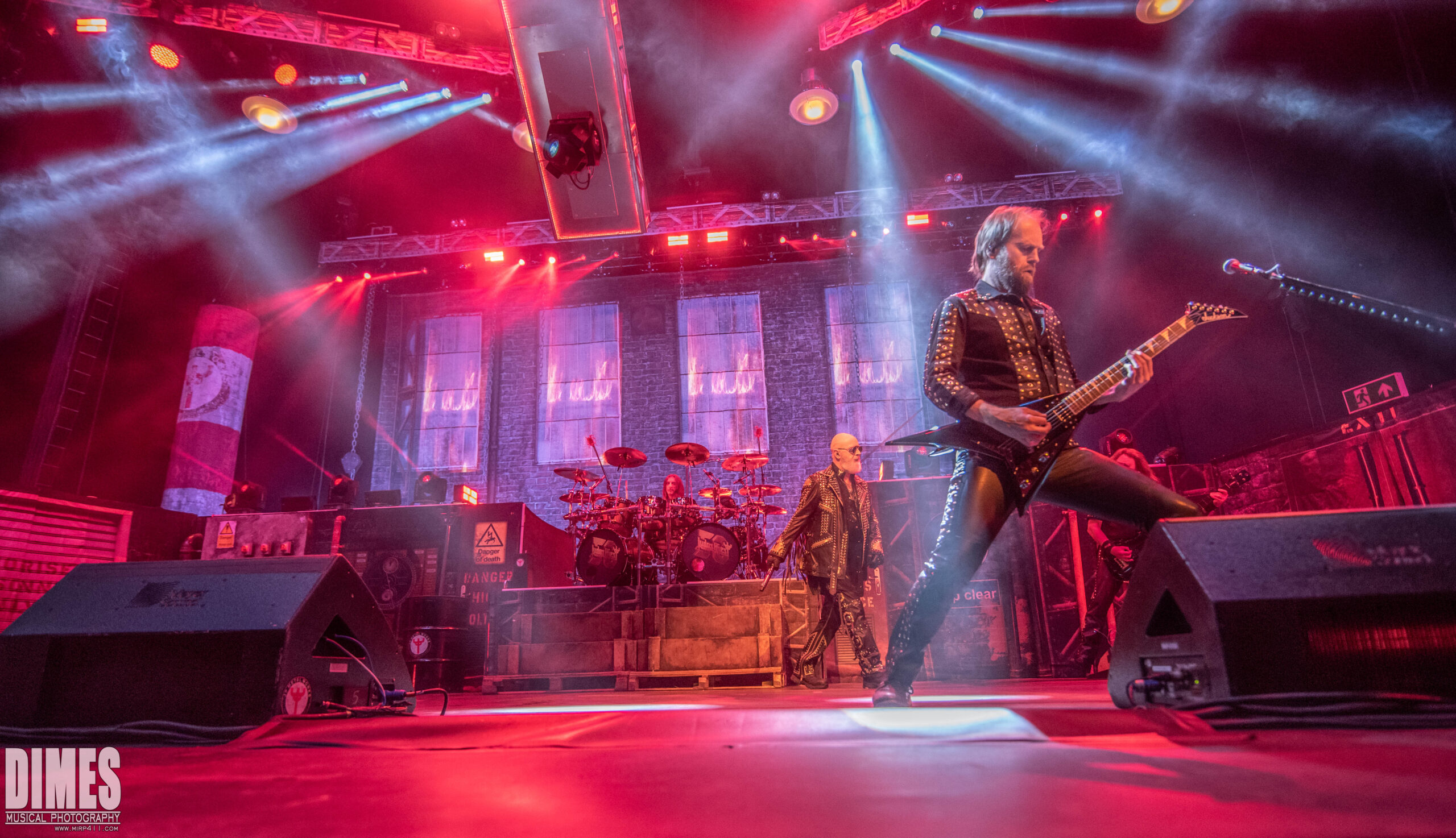