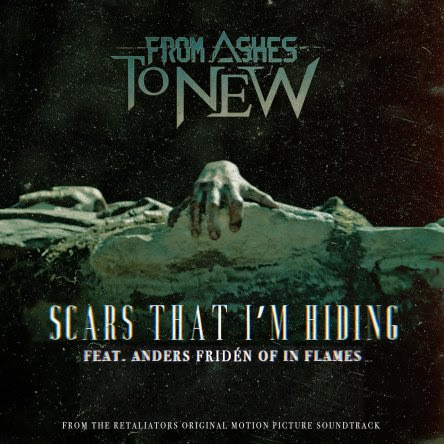 FROM ASHES TO NEW is proud to debut a new version of “Scars That I’m Hiding” that was created for the soundtrack for the Better Noise Films release, THE RETALIATORS (out on-demand in late October 2020). With guest vocals from Anders Fridén of IN FLAMES, this version of “Scars That I’m Hiding” is the newest focus track from THE RETALIATORS Original Motion Picture Soundtrack.   A version without Fridén’s vocals will be included on the band’s upcoming release entitled PANIC, due out 8/28/2020

Of the track and film, frontman Matt Brandyberry says “There is nothing more bad-ass than being able to act alongside so many talented artists and THE RETALIATORS gave us that opportunity! As kids we grew up with dreams to be musicians and actors and we are beyond grateful to be able to bring both dreams to fruition through this project. We can’t help but feel that all of this is building the hype we know our new album “Panic” deserves. This is only the beginning for what FATN is about to do!”

The video for “Scars That I’m Hiding” (feat Anders Fridén of IN FLAMES) features the members of FROM ASHES TO NEW, Anders and footage from the upcoming film.  Horror spectacular THE RETALIATORS will star, among many other prominent rockers, the members of FROM ASHES TO NEW.  The film revolves around a single father and local pastor, John Bishop (Michael Lombardi – Rescue Me) who serves as a righteous role model for his faithful flock and his two daughters. When tragedy strikes, Detective Jed Sawyer (Marc Menchaca – Ozark) offers him a secret chance for vengeance, forcing not only a reckoning with himself, but the unleashing of a terrifying underground horror. Also featured in the film are members of Mötley Crüe, Five Finger Death Punch and Papa Roach among others.

Critically acclaimed vocalist, Anders Fridén of the band IN FLAMES explains of the collaboration “We’ve had the pleasure of touring with From Ashes To New a few times, so I was excited when they asked me to do a feature on their new song. The end result sounds awesome. Can’t wait to hit the road together again hopefully soon.”

The title track to the band’s 3rd full length release, “Panic,” has hit the Top 20 at active rock radio.  FROM ASHES TO NEW is no stranger to great success at the format with their previous single “Crazy” off 2018’s THE FUTURE.  “Panic” has amassed over 1.5 Million streams and 1 Million video views in less than a month.  The song has been featured on playlists like Rock Hard, Adrenaline Workout, New Metal Tracks, Kickass Metal, Metal Charge 180 BPM and Rock Rotation on Spotify as well as Apple’s Breaking Hard Rock playlist.

PANIC features the same lineup as the band’s 2018’s breakthrough release The Future — vocalists Brandyberry and Danny Case as well as guitarist Lance Dowdle and drummer Matt Madiro. Brandyberry credits the undeniable musical magnetism of these eleven songs to the enduring lineup. “The chemistry between us is there and fans who have seen us recently have been very vocal about the fact that we are firing on all cylinders.”   That unified feeling which was solidified on the road performing songs like the Billboard-charting single “Crazy,” enabling the band to further refine their sound and move creatively to the next level. “We know what our vision is and we know what we want to do, so we were able to really accomplish that on this album because the structure is there,” he adds. 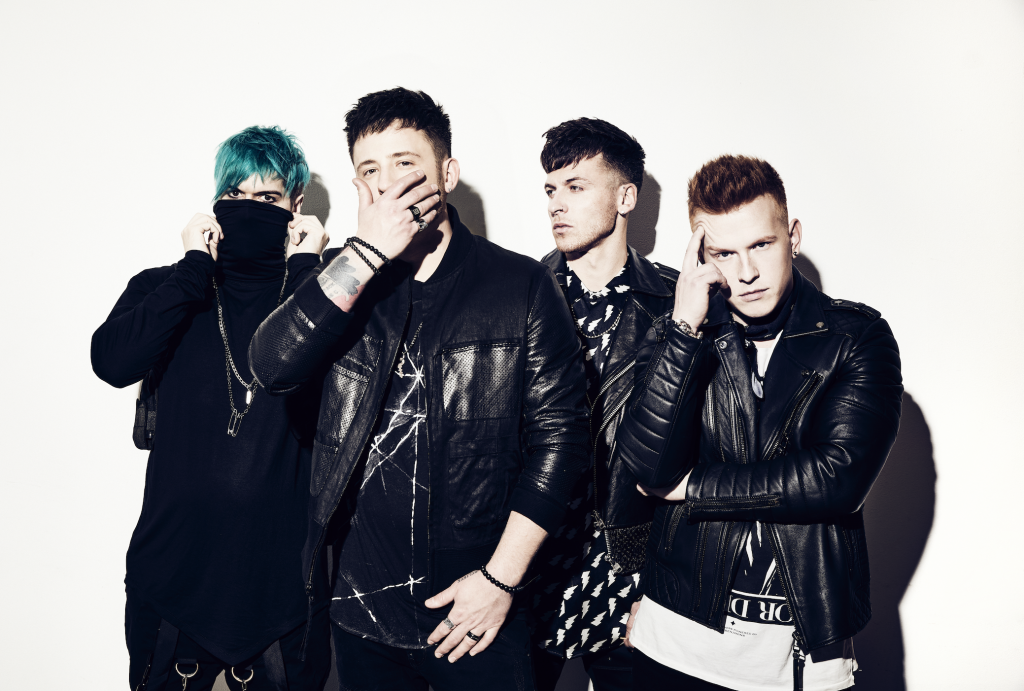