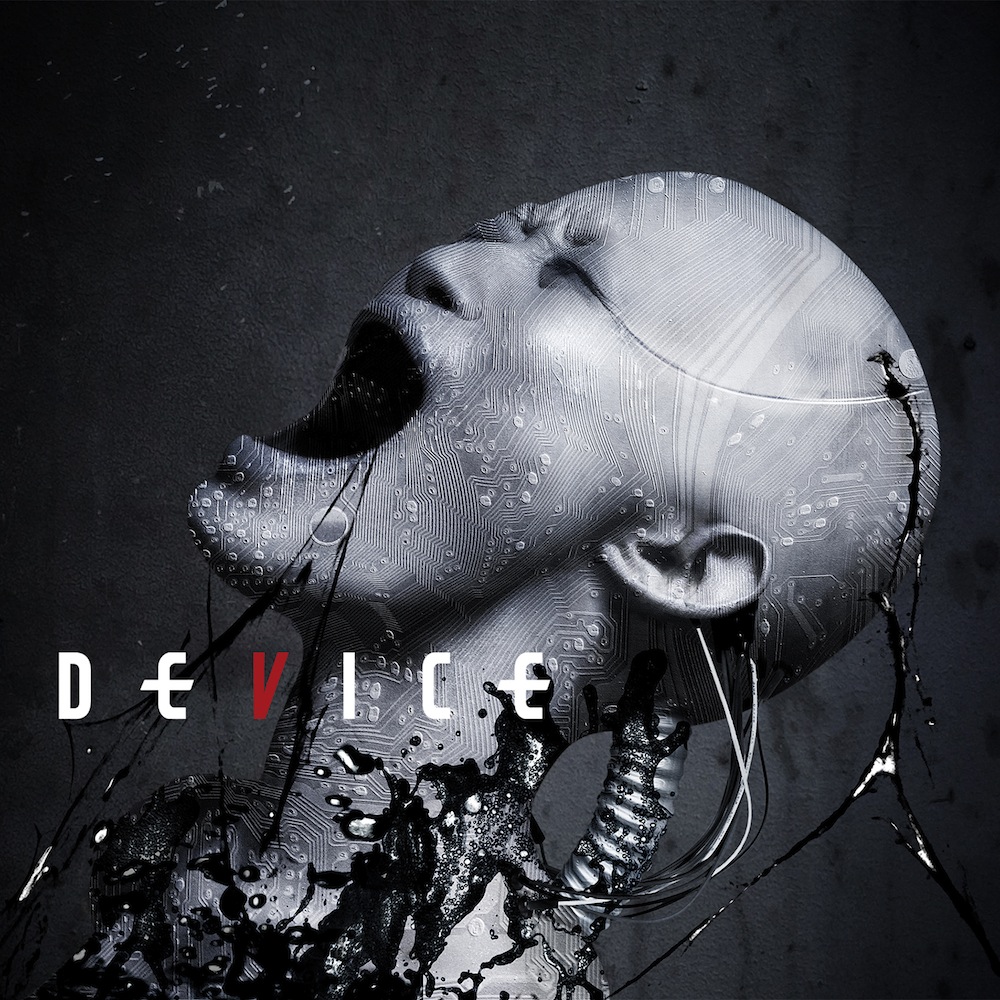 After Disturbed’s singer, David Draiman, and ex-Filter guitarist Geno Lenardo collaborated together on a song that unfortunately did not make the final cut of the Underworld: Awakening soundtrack, Draiman urged Lenardo to continue to work together.  This resulted in a complete album. With the help of Virus (formally of Dope) on guitar, and Will Hunt (previously with Evanescence) on drums, Device was formed. This is the first, self-titled album from Device and guest appearances on numerous tracks make it for an exciting release.

I am personally not a huge fan of Disturbed so my expectations for this cd were….lets just say…I figured it was going to sound exactly like Disturbed. To my surprise, I found myself really enjoying this album, nodding my head to the beats, wanting to sing along and crank up the volume in my car. Stand out songs to me are:  “You Think You Know,” “Out of Line,” featuring Serj Tankian (System of a Down) and Geezer Butler (Black Sabbath), and “Through It All” featuring Glenn Hughes. The opening track, “You Think You Know,” really sets the attitude of the entire effort – and that attitude is in your face and heavy!  “Out of Line” is a bit KoRn-esque and Serj’s voice adds a great element to this song.  Not to mention adding the political-lyrical taste that he does so well. The beginning of “Through it All” reminds me a little of Static-X.  It is fast-paced and pumps you up and would be awesome to hear and see live. The song that is getting a lot of attention is the Lita Ford and Ozzy cover song “Close my Eyes Forever” featuring Lzzy Hale from Halestorm. This song is great; it totally reminds me of a cheesy 80’s rock ballad music video. The song that started this whole project, “Hunted” is very dark with heavy drums and an eerie intro and outro that gave me goosebumps. No rock/metal album is complete without a good “F*ck You” song. On this album, it is definitely “Vilify.” It is, however, one of the singles that reminds me of Disturbed.  Overall I say this album has a song for just about everyone. Give it a listen – I’m pretty confident you’ll find yourself turning up the volume on this one. – SS11