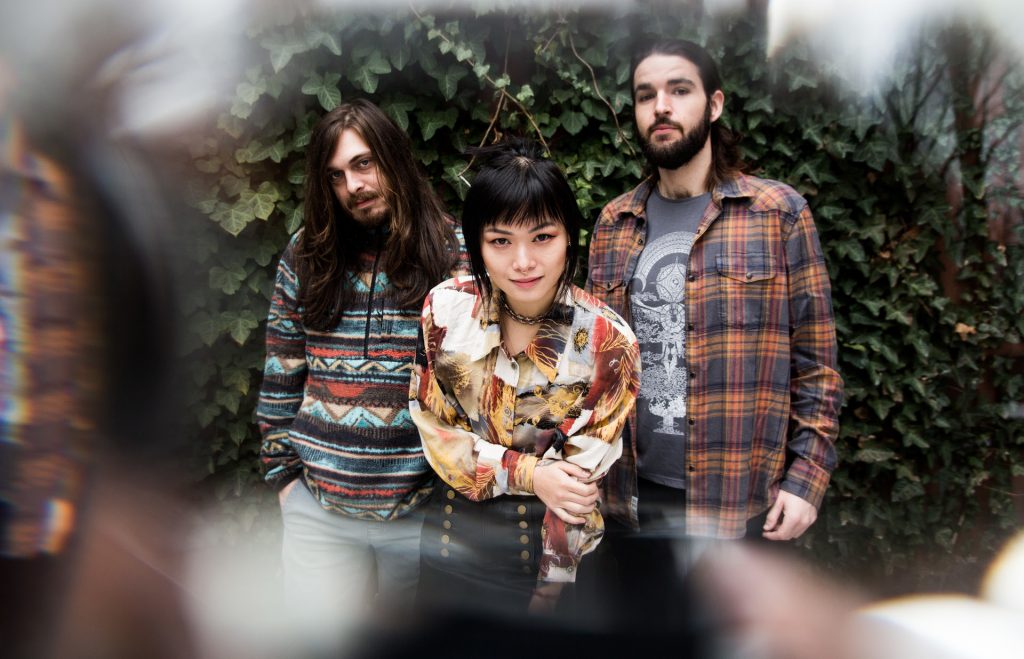 “When you listen to technicolor, I want you to be transported elsewhere,” says Young about the 10-song album. “My goal is to uplift and make you feel reflective of emotions and experience a whole spectrum.”

“I second that,” adds bass player David Adamiak. “For us, technicolor was a diverse statement. I hope listeners see there are so many facets to this collective and our songwriting. Maybe they’ll join us on the trip.”

Technicolor is the first music from Covet to include vocals, with Yvette lending her voice to: “Parachute” and “Farewell”, a first for the band who have become well-known for their joyously tuneful instrumental tracks. Young said of the band’s decision to include vocals: “My whole rule for writing is to never rule anything out, as long as it serves the music.”

The album is available now via brick & mortar retailers, as well as through the Triple Crown Records webstore and digital service providers (https://smarturl.it/covetband).

Covet is David Adamiak (bass), Forrest Rice (drums) and Yvette Young (guitar/vocals). The band’s debut release, the 2015 EP Currents, cultivated a fluid style and faithful fanbase. The San Francisco-based band’s 2018 full-length debut, effloresce, elevated them to a new strata altogether. Powered by audience favorites such as “shibuya” [feat. San Holo] and “sea dragon” [feat. Mario Camarena], the record has cumulatively tallied over 10 million total streams to date – unprecedented for a primarily instrumental act. “The band’s music has some parallels with the classical-jazz fusion of Japanese pianist Hiromi,” said The Chicago Reader in a 2019 feature, continuing “but because front woman and guitarist Yvette Young provides its foundation with her intricate, liquid strings of notes, it has a welcome rock edge.” Gear Gods said upon the release of effloresce, “all three of these talented musicians form what is an incredibly musical, lush, and thoughtful sound,” while Brooklyn Vegan noted the band’s knack for writing “sugar sweet melodies.”