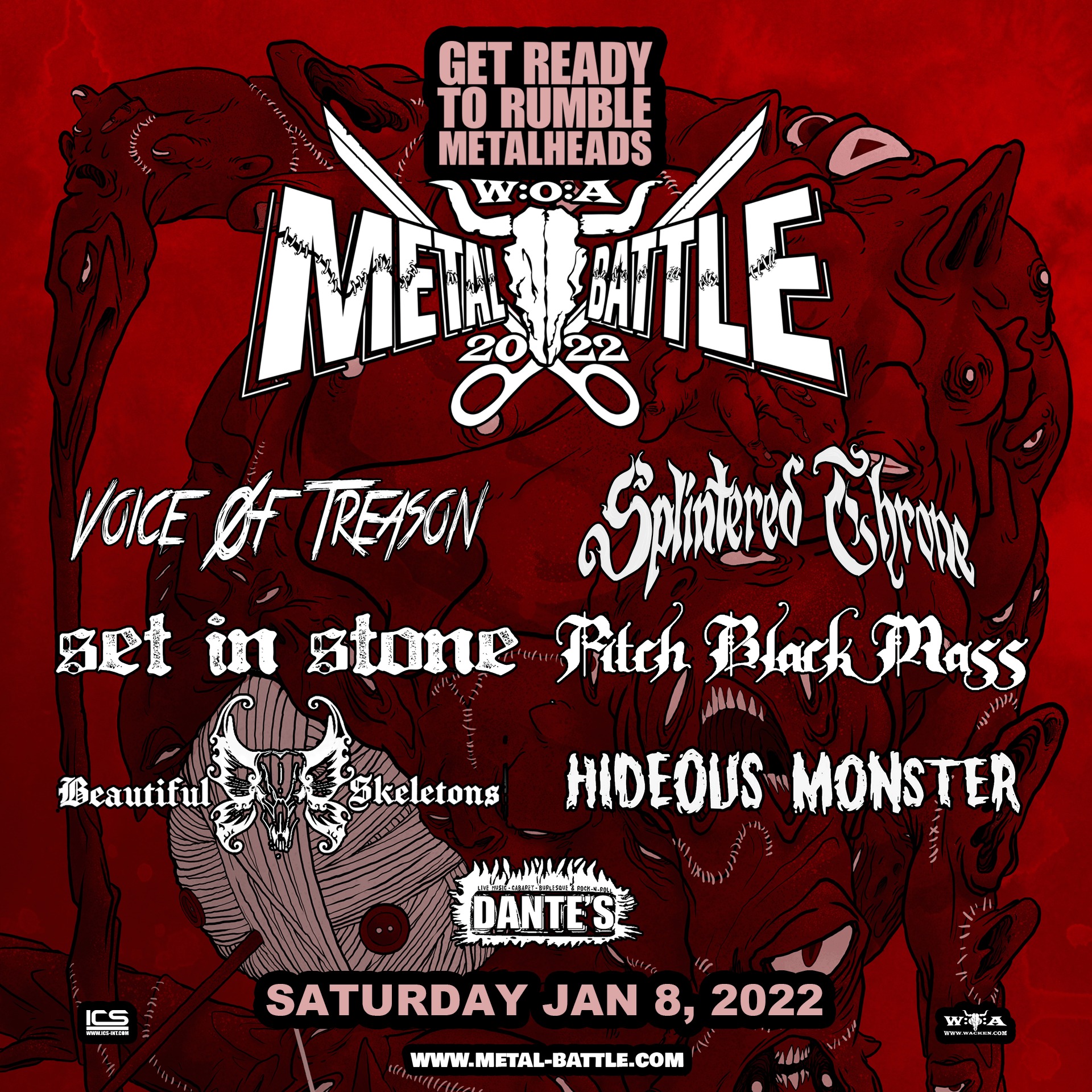 MIRP had a chance to talk with Pitch Black Mass.

Welcome to your Pitch Black Mass!

PBM: The path of a metal musician is a difficult one no matter the country of origin; So to be at this festival where both metal musicians and lifelong metal heads come together to celebrate the love of this thing we may often be ostracized for, would be incredible. For us, playing at Wacken would be our way of paying homage and respect to all the bands who have set foot on that stage before us, and to all the fans who have relentlessly supported heavy music throughout their lives.

PBM: We think we would be a great fit because our style of metal can appeal to a pretty wide verity of metal fans. Our individual styles and influences have melded together into something that doesn’t easily fall into one sub-genre, and fans have seemed to appreciate that.

PBM: It’s not a matter of being worried about one band or another. We’re all in this for one reason…we really enjoy doing what we do. Going out in front of the crowd and giving them everything we have to offer by way of the music we create.

PBM: There were definitely some lows during the pandemic, one of them being the fact that between the five members of PBM, 2 of us live 150 miles away from the rest of the band, so commuting between cities that may or may not have different restrictions in place was a bit worrisome. However, the highs were in the form of new music. With few to no venues booking shows, we spent our time creating new music and fine tuning our sound.

PBM: This being a Battle of the bands, the obvious thing we will be doing different is keeping the rules and grading criteria in mind. It’s easy to skim over the judging criteria and say, “yeah I get it”, but keeping all those things in mind will not only help you in the BOTB, but in shows going forward.

PBM: The opportunity to play in front of 75,000 or more people would be truly awe inspiring. It’s the image most musicians have had in our head since we were children, daydreaming that one day it would be us up there entertaining the masses and sharing the stage with our heroes.

Junior (Guitar): Early Metallica is the band that got me into playing guitar.

Tony (Drums): Metallica was the first band that made me want to play drums, when And Justice For All came out in 1988.

Mr. Zero (Vocals): Meat Loaf and Pantera were both instrumental in me wanting to be a musician.

PBM: There’s no real way to answer that question. Being a musician means drawing your inspiration from a vast array of not only bands, but individual musicians as well. To have to pick just two would go against everything we feel necessary for musical growth.

PBM: To play Wacken would be a dream in itself, but the dream would be for this to simply be the beginning of our journey.

PBM: As far as personal playlists? Well…you can find just about anything there. Any kind of music ever made can be found in our playlists. We definitely don’t have limitations when it comes to our casual listening. The list would be a mile long!

PBM: There should be no surprise when discussing what we listen to. None of us limit ourselves to any specific genre. Any one of us can easily be found listening to hits from the 50’s (or any era for that matter), country, jazz, classical, soul, R&B, pop, metal, techno, disco, opera…it’s all equally important when it comes to considering yourself a musician.

PBM: Excitement, plain and simple. This kind of opportunity gives us a chance to pour our souls out for all to hear, whether it be a new fan, or the judges. Every ear is a possible new fan, and our fans (MASSholes) are our life blood.

PBM: We’re narrowing it down!

MIRP:  What goes in to picking the music?  Heaviest?  Oldest?  Newest? Most Technical?

PBM: The set list we’re bringing to BOTB is something we’re going over with a fine tooth comb. For us, it has nothing to do with newest or heaviest etc., we just want to be able to show every facet of our style and give it all we got!

PBM:  We would be a great fit because our style of metal can appeal to a pretty wide verity of metal fans. Our individual styles and influences have melded together into something that doesn’t easily fall into one sub genre, and fans have seemed to appreciate that.