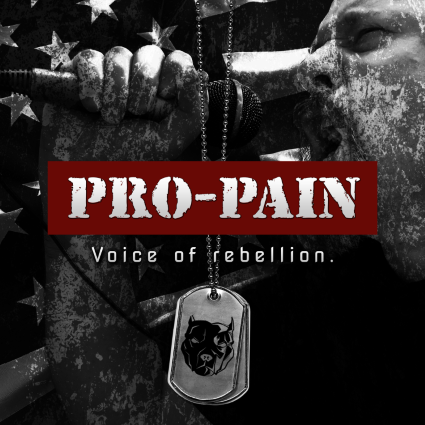 Even considering their legendary status, having been around since 1992, nothing about this album sounds dated, particularly opening and title track “Voice of Rebellion” which accurately describes the album and song, with a grooving chorus that will stay with you for a long time. Its angry anthem quality sets the tone and is an excellent start and portend of the crunchy metal to come, as they head straight into “No Fly Zone” which sounds entirely different in its approach with the intro full of sirens, the vocal feel and melodic hook, while remaining an anthemic song you can continuously bang your head to its entirely different then the last, one of the things I love about this band.

“Righteous Annihilation” is straight forward thrash. I can FEEL the circle pit this song will likely create. It has a face melting mid-song guitar solo that blew me away. I enjoyed “Souls On Fire” which is heavy but relatable and highlights the percussion and excellent guitar action. It reminds us how long this band has been practicing their brand of heavy metal. It’s brutal to the very last beat. They return again to thrash roots with “Take It To the Grave” which is also radically different then the songs that came before, shorter and faster tempo and with brutal lyrics and a punk edge it will come back to haunt you later. One of my personal favorites was “Age of Disgust” which heads back in a more metal direction with its breakdowns and pure unadulterated unfiltered genuine metal solo’s. This song grooves right into your brain.

This part of the album also features bouncing blast beat laden “Bella Morte” that ends punctuated by a gnarly growl and the faster “Cognitive Dissonance” as well as “Blade of the Cursed” full of Ferocious drums peppered by growls and singable lyrics it’s a standout track. Rounding out the end of the album is “Crushed To Dust” which turned into one of my personal favorites all the way to the end where it gradually fades, with angry tortured lyrics and a chorus that will reverberate through you. Other favorites you’ll love the racing heavy rides of “Enraged” and “Hellride,” and proving there’s no filler on this record it ends fiercely with the driving “DNR” and “Fuck This Life” which will stick in your head long after listening.

This is a good place to start whether you’re an old school fan looking to add another stellar record to your collection, or a new fan looking into Pro-Pain (where the hell have you been the past two decades?) The production is excellent and a little polished for this thrash outfit, but not in a bad way, more that it’s every note and verse is a well thought out part of the symphony. I get the feeling not a thing happened on this album that wasn’t meticulously planned out.