Witnessing the first USA date, in Portland, Oregon, for KISS’s “End of the Road” farewell tour last night was nothing short of amazing.

We arrived timely to

get our credentials and were stunned to see that no one had been let in yet.  The buzz in the line was that the stage had been held up in customs from the first night of the tour in Canada, but there were many other theories circulating as well.  Listening to the people in the line was fascinating; people were giving their KISS credentials and knowledge much like they were defending a resume for a job interview, or giving a presentation on their particular trade.  It was cold, but not as cold as it could have been.  The drizzle was light, but the Jesus protesters were loud. “You are all going to hell,” was the general gist of what they were shouting, with respectful fans looking past them, respectfully ignoring them, and the occasional “We are already in Hell,” in reciprocation.  Once the venue started letting us in, they ushered us through security efficiently and quickly.  Once in, however, we sat in our seats for a long period of time wondering what was going on.

Opening the set was an odd little performance piece called Garibaldi.  I was not impressed when David Garibaldi started throwing paint on the black canvas with his hands, and my mind wandered with thoughts of paint on the stage, why they’d choose him for an opener, what I had planned for the weekend, etc.  I think it was his awkward movement to the music while he painted, and his even more awkward attempt to rile the audience.  But when he finished with the first painting of Freddie Mecury in ten minutes, I was awestruck.  What followed was an upside-down painting of Jimi Hendrix and an amazing piece featuring the four KISS characters.  When I heard it would be auctioned off to benefit for a youth project, I changed my tune on his performance, and was somewhat ashamed that I didn’t give it my full attention.  He was incredibly talented, but I thought it was odd.

I hadn’t seen KISS since 1985, and it was my first time seeing them from the audience.  I know that sounds ridiculous, but it’s the truth.  I’d seen KISS multiple times, but only from the side of the stage.  I hadn’t realized how fortunate I was when I was a teen to have seen them from that perspective and privilege.  I was a lucky girl back then, and just didn’t realize the magnitude that was KISS.  I had the four individual albums, Destroyer, and KISS Alive II when I was a kid, but I wasn’t ever a die hard KISS fan.  To say it was a particularly interesting night for me would be an understatement. I thought to myself: I am a music journalist witnessing a massive show of one of the biggest bands in the world on their final tour, juxtaposed with memories of my decedent 80s earlier experience.  I smiled  inside while remembering the preparation it used to take to get ready for a KISS show.  Back then, lots of rhinestones, tight spandex, a cashmere sweater with the back cut out significantly lower than it should be, big hair, florescent pink lipstick, and granny boots with white lacy ankle socks was the fashion.  Fast forward 30+ years later and I was at the show in my worn Testament shirt, Crowbar beanie, and comfortable shoes.

While I had changed significantly in the three decades since I’d seen the band, Paul, Gene, Eric, and Tommy had not (well, Tommy and Eric had because in 1985 it was Bruce Kulick and Eric Carr).  Obviously older, you wouldn’t really know it by watching this show.  Paul as The Starchild danced vivaciously and fell to his knees and got back up with vigor. Gene spit blood and conjured up The Demon fantastically. Tommy did The Spaceman incredibly well, and Eric as The Catman was spot on.  Paul’s voice struggled a bit on the high notes, but his guitar theatrics (playing above his head and between his legs) was done with the energy and intensity of a young man.  Gene’s voice, while still very good, doesn’t quite have the power it once had.  His presence, however, is still just as big and intimidating as it ever was.

KISS played 20 songs in a two-hour set complete with fire and explosions and glitter and confetti and fireworks and balls (big black bouncy balls with the KISS logo prominently displayed.)  It was an audible and visual explosion of awesomeness!

I loved seeing fathers (and probably grandfathers) with their little ones.  You could see the pride on the faces of the elders when young one’s eyes lit up when KISS took the stage.  I was particularly prideful for some reason knowing Tommy Thayer was from Oregon, even though I don’t personally know him.  I wondered how it must feel to play to nearly 20,000 fans in your own hometown.

The 20 song set included:  Detroit Rock city, Shout It Out Loud, Deuce, Say Yeah, Heaven’s on Fire, War Machine, Lick It up, 100,000 y\Years, God of Thunder, Cold Gin, Psycho Circus, I Love It Loud, Hide Your Heart, Let Me Go Rock ‘N’ Roll, Love Gun, I Was Made for Lovin’ You, Black Diamond, Beth, Do You Love Me, and Rock and Roll All Night.

I scooted out just as Rock and Roll All Night was ending to beat the crowd, and I heard a rumor that the outro music was God Gave Rock ‘N’ Roll to You, which is my arch enemy; I hate that song.  Whenever I get in the car and turn on Hair Nation or Ozzy’s Boneyard, if Metallica isn’t playing, that song is.

As reported in Australia’s Hysteria Magazine, Tommy Thayer said that this farewell tour will be the biggest one the band has ever done in terms of production. It will be “a whole new thing for KISS.  It’s just gonna be the bombastic show KISS has always been famed for,” Thayer opined.  And speaking again about Tommy…I read something that said he is also considered “Fake Ace” and I thought that was weird since he’s been in the band longer than either Ace or Bruce.

In the many conversations after the show I heard numerous people say that Tommy handled Ace’s parts incredibly well, playing note for note on the solos 80% or 90% (there was some debate there.)  I heard a rumble that the cameras did not pan to Eric’s fingers during Beth, so there was a slight concern that he wasn’t actually playing, but it didn’t matter; I say he was.

The only other criticism I had was the wait in line, the confusion over the start time, the weird reference Paul kept mentioning to the very dead Paramount Theater, and the snafu when he said, “we are going to go way back” or something like that, and then played a newer song. Sometimes Paul’s banter with the audience was a little awkward, but it wasn’t distracting.

The highlights for me were: The many fans who painted their own face as their favorite KISS character, the father/son duos, Paul’s fantastic glittery guitar and signature dance moves, his flight over the crowd (which made me so nervous because the landing platform didn’t seem that sturdy, and I had heard that his boot got stuck in earlier years), the epic pyrotechnics, the planning that was involved in making this tour logistically come together, Seeing Tommy and knowing he was from my town, the songs:  Shout It Out Loud, Heaven’s on Fire, War Machine, Lick It Up, I Love It Loud, Let Me Go Rock ‘N’ Roll, Love Gun…wait…all of it actually, with a special emphasis on Beth.

My partner in MIRP is young enough to be my son and I realized the age gap when the older KISS songs played. I knew the words and swayed back and forth reminiscing of easier, simpler, more decedent times, and he would say, “Hey I know this one! Wait, no I don’t.” But I also realized that even if you don’t know all of the songs, seeing KISS live is still astronomically fantastic.

I know they’ve said it was the last tour before, but I think it might actually be this time around with members approaching 70.  Like I said at the beginning, if you didn’t know it, you wouldn’t know that they weren’t young men.  The Catman, The Demon, The Starchild, and The Spaceman should be proud to end on a note like this.  I feel sorry for the youth of today who don’t have a band like KISS to believe in and eventually take their little ones to experience.

Even though I’ve never been a die hard KISS fan, when I was eleven I was in love with Peter Criss (and Elton John) mostly because he was a cat.  Beth was my favorite song and is also my middle name.  Since truth is stranger than fiction, as I write this, I’m realizing how amazing it is that at 11, in just eight short years I’d have a friend in KISS and all of the benefits that go along with that.  I felt nostalgic and happy when Eric sang that most precious song, realizing that in many many ways KISS has had a very profound effect on my life.

I read a quote from Billboard wherein Paul Stanley said, “What goes beyond that (this tour) is really hard to say.  The tour may go three years, but once we play your city, it is done.  That is our big thank you.”

See this show.  Take your loved ones to it.  The music is fantastic.  The sights are incredible.  And…It’s more than likely the last time you’ll see KISS live. 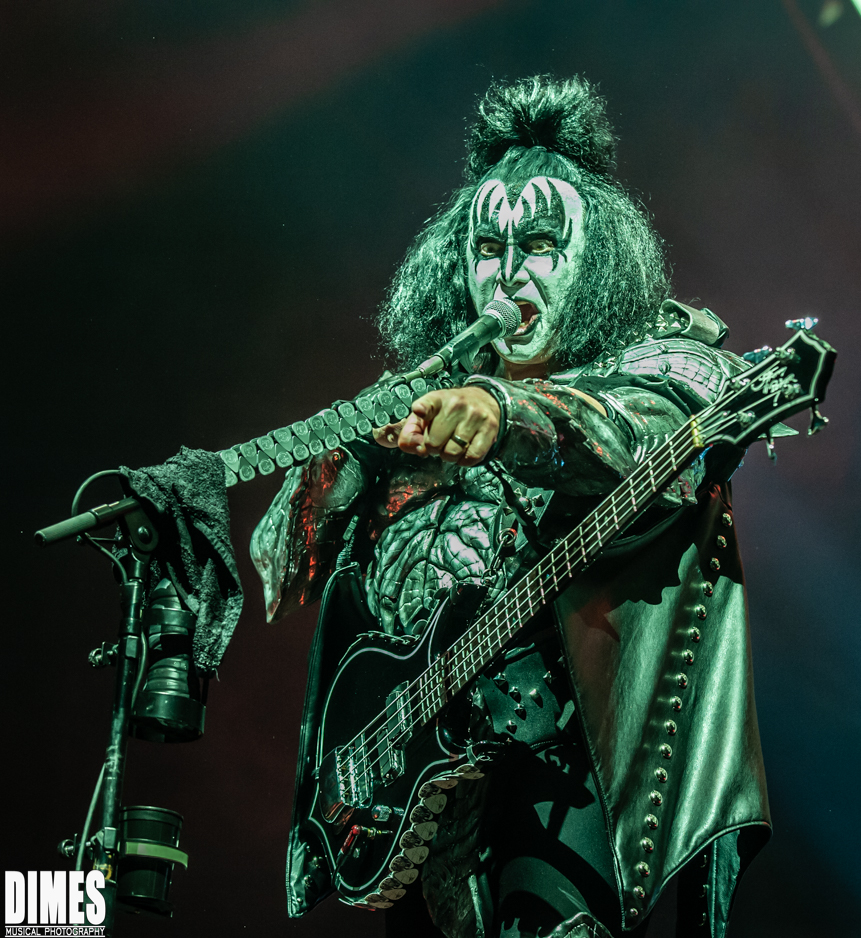 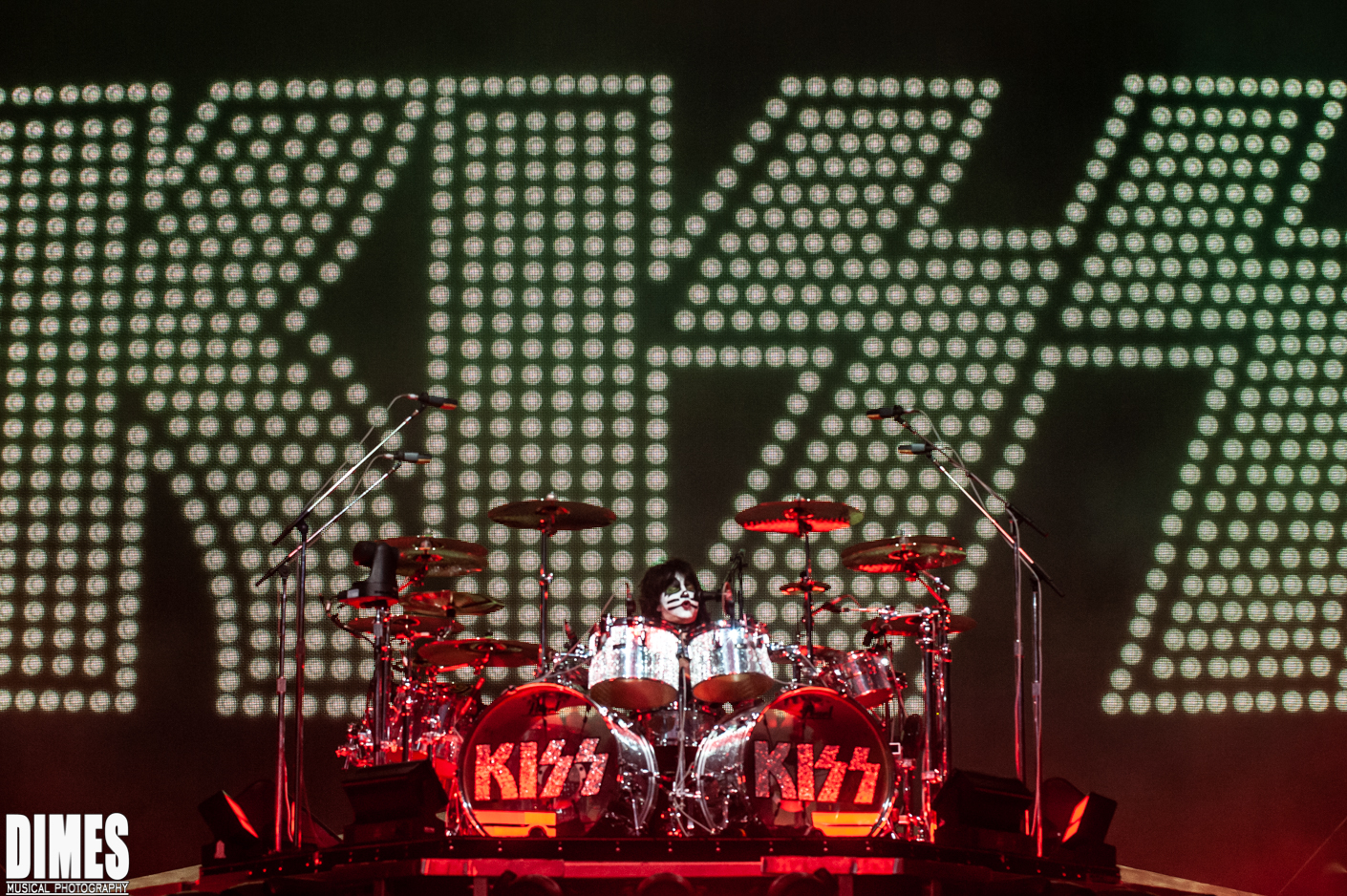 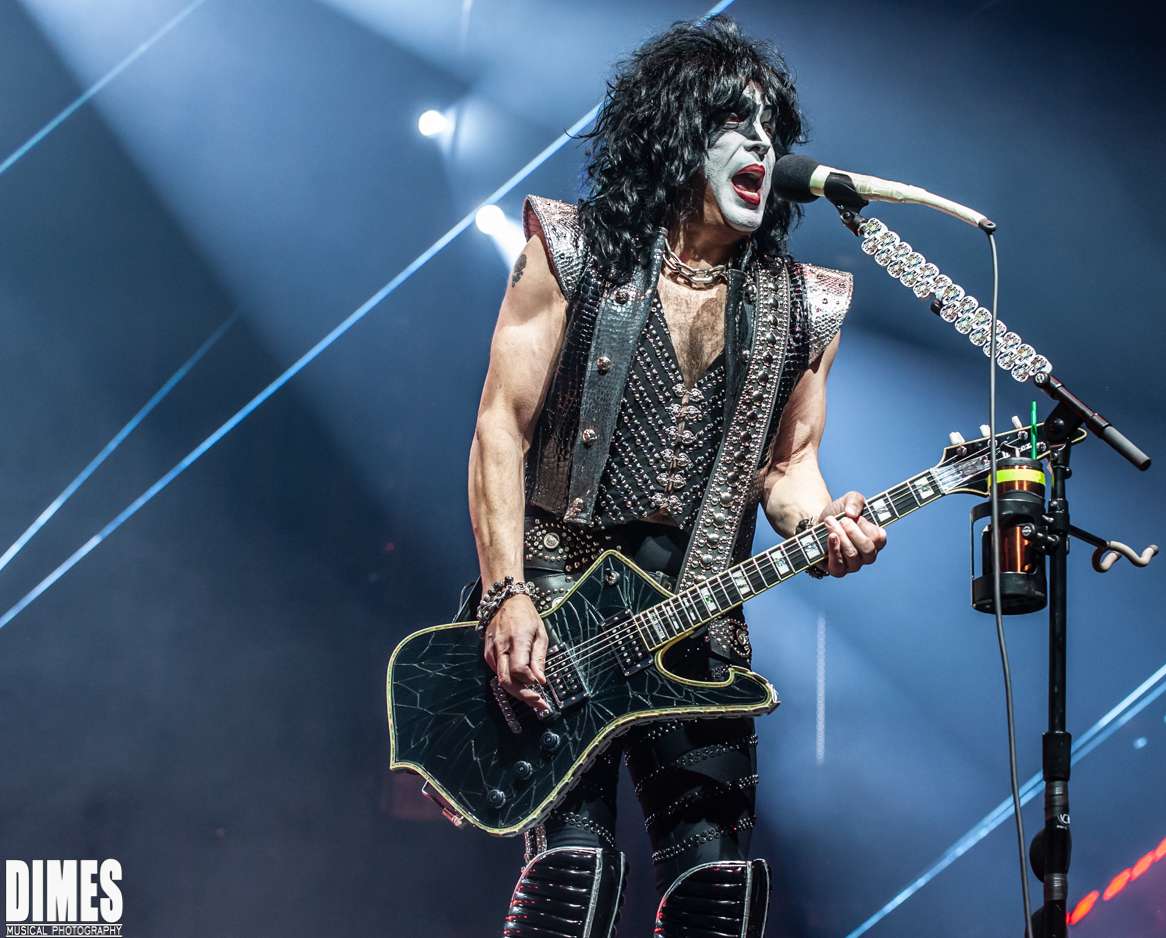 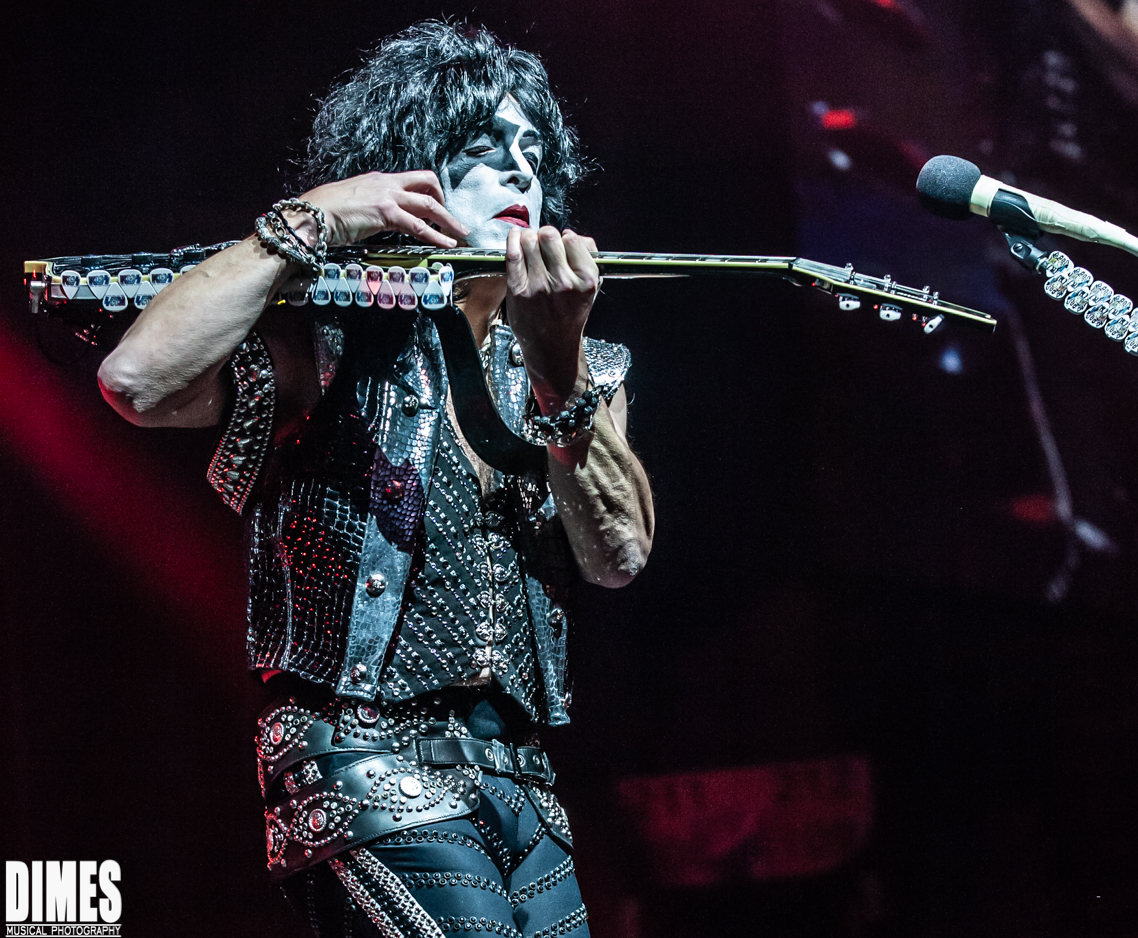 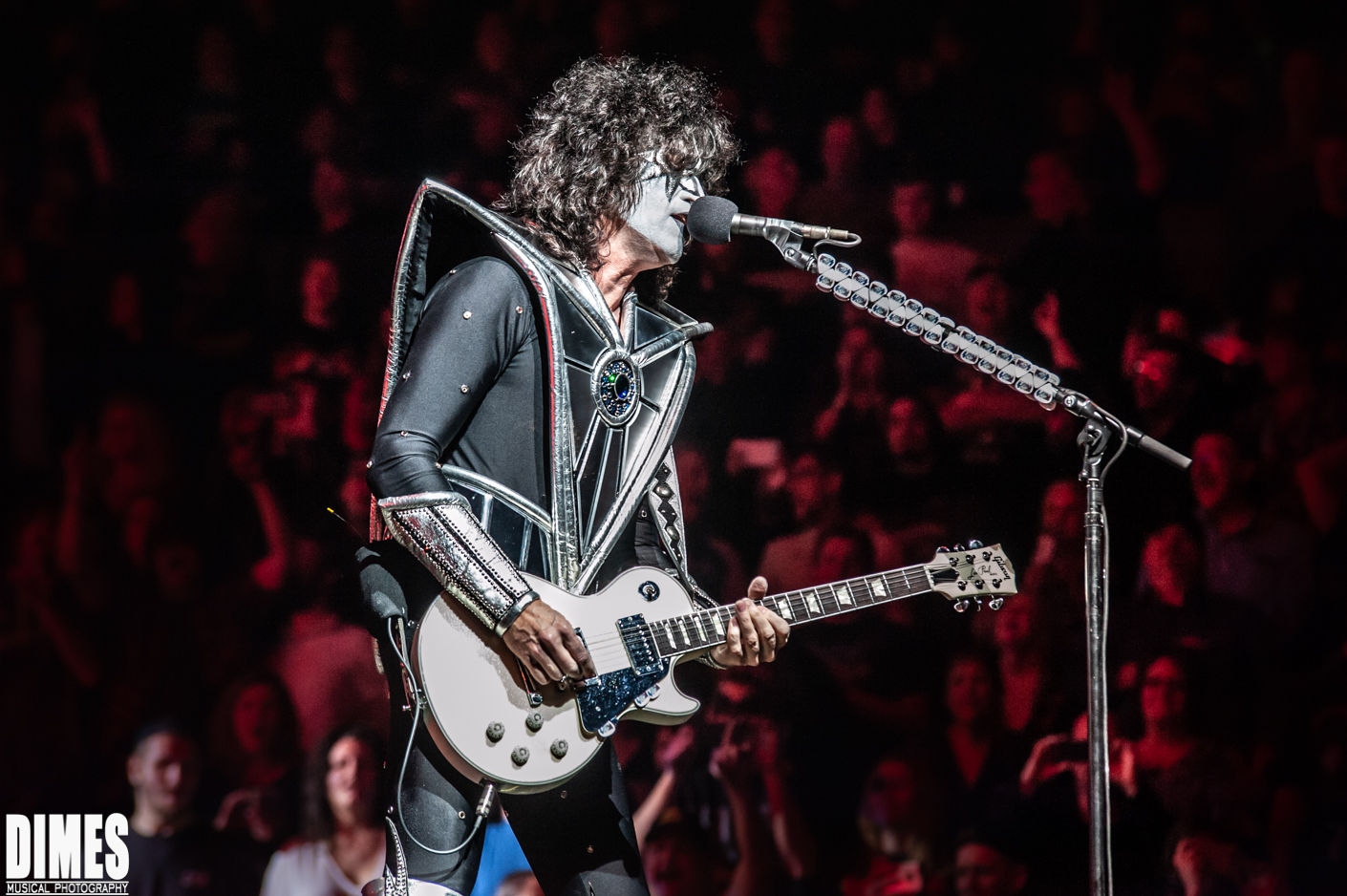 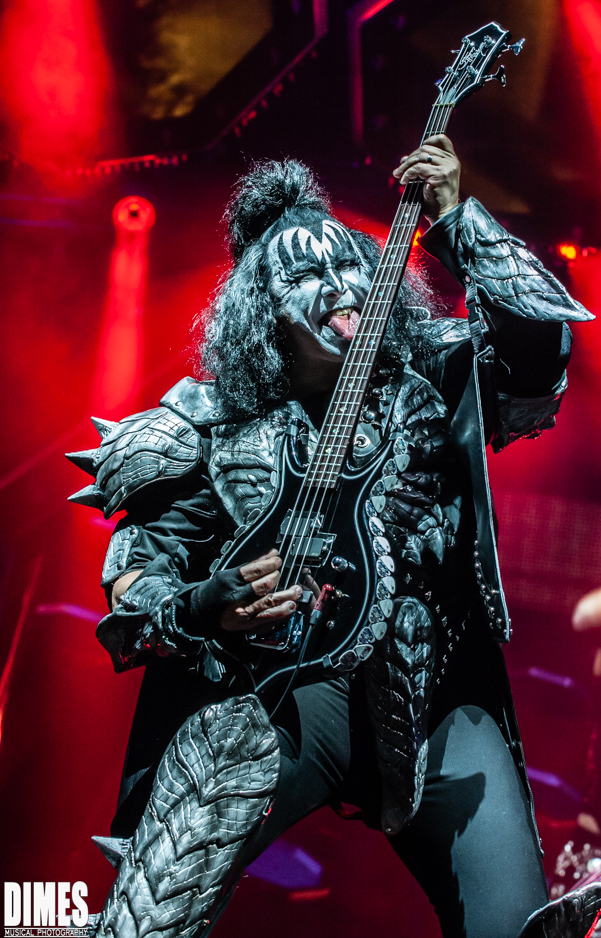 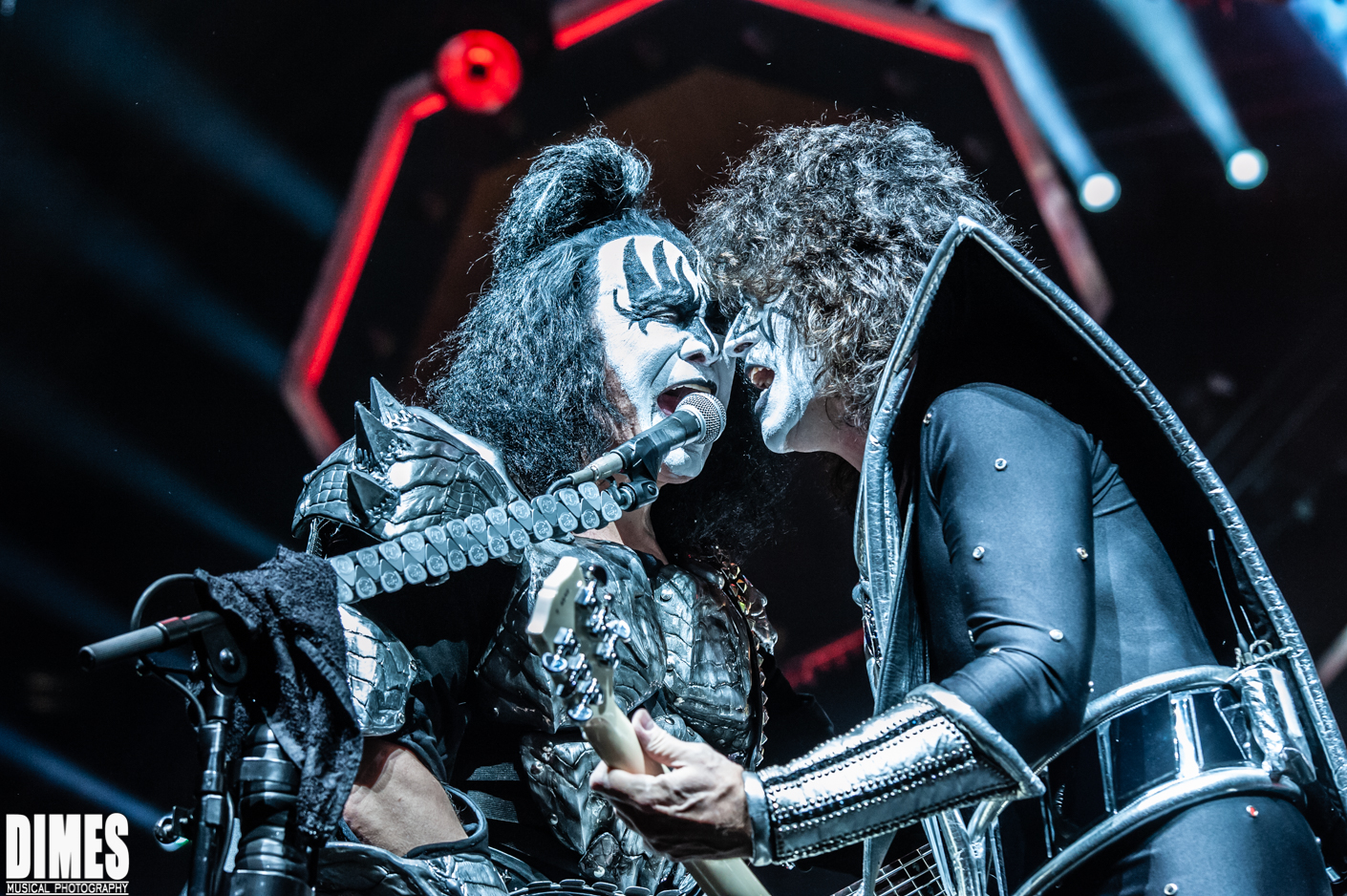 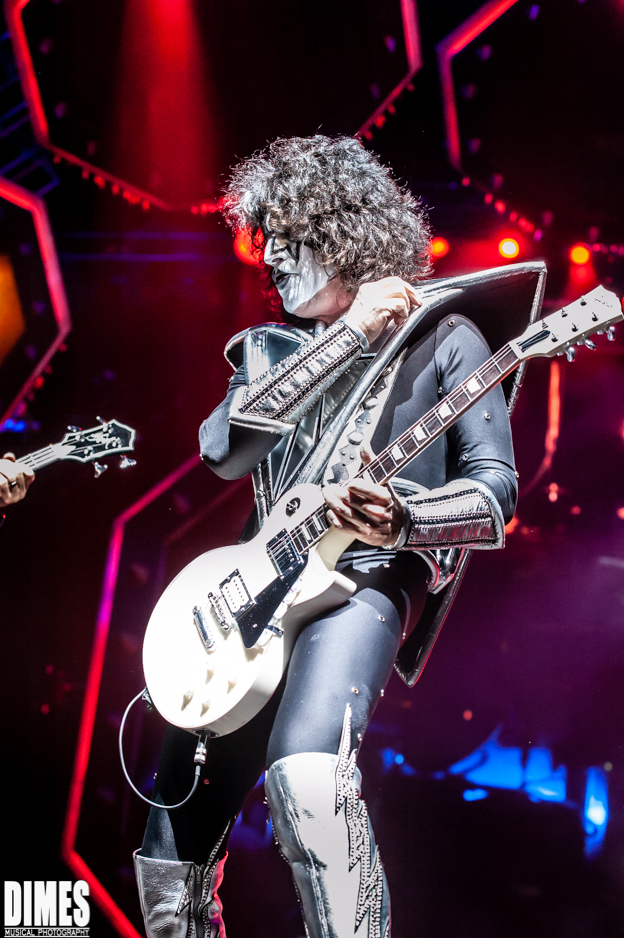 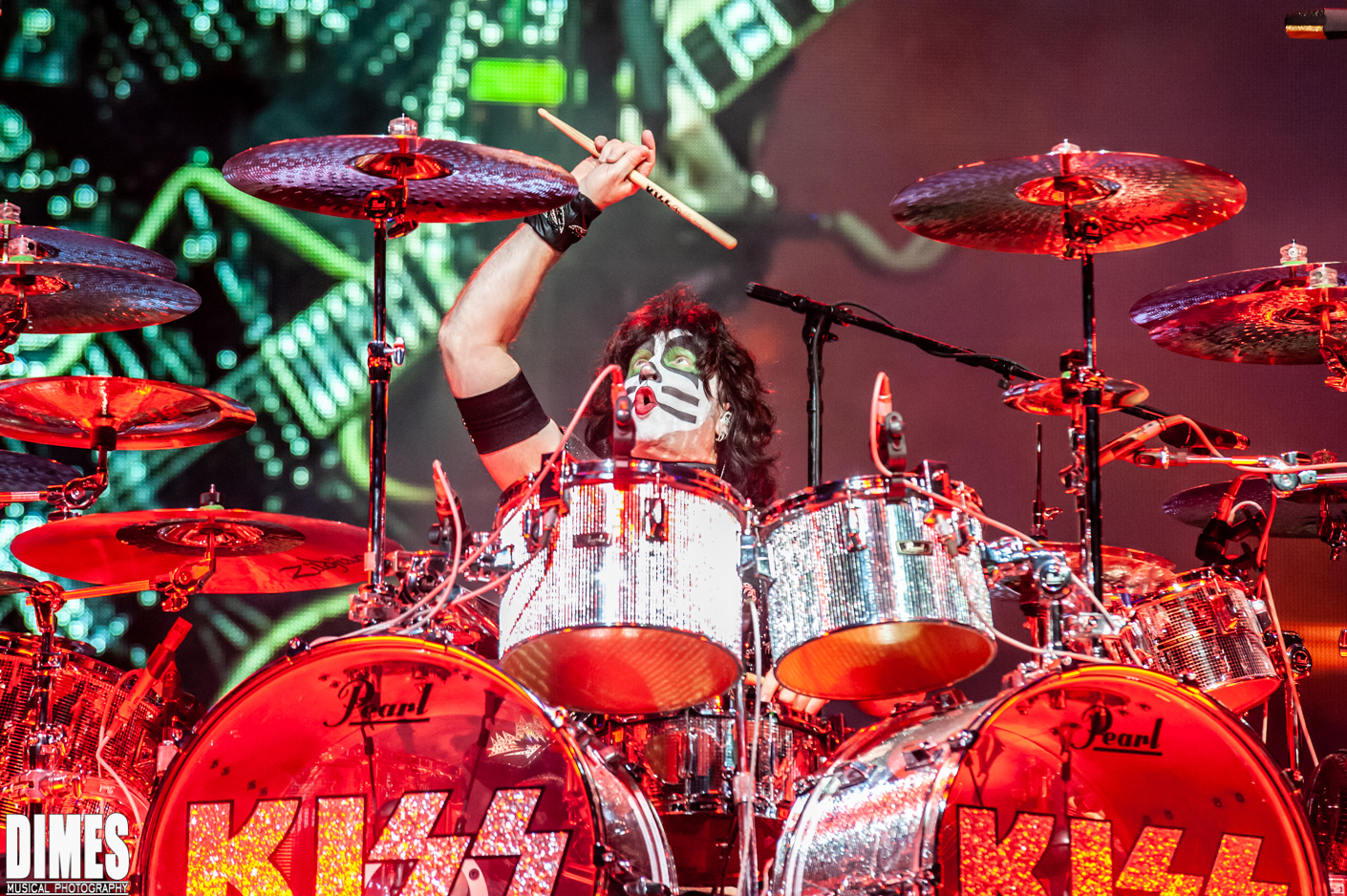 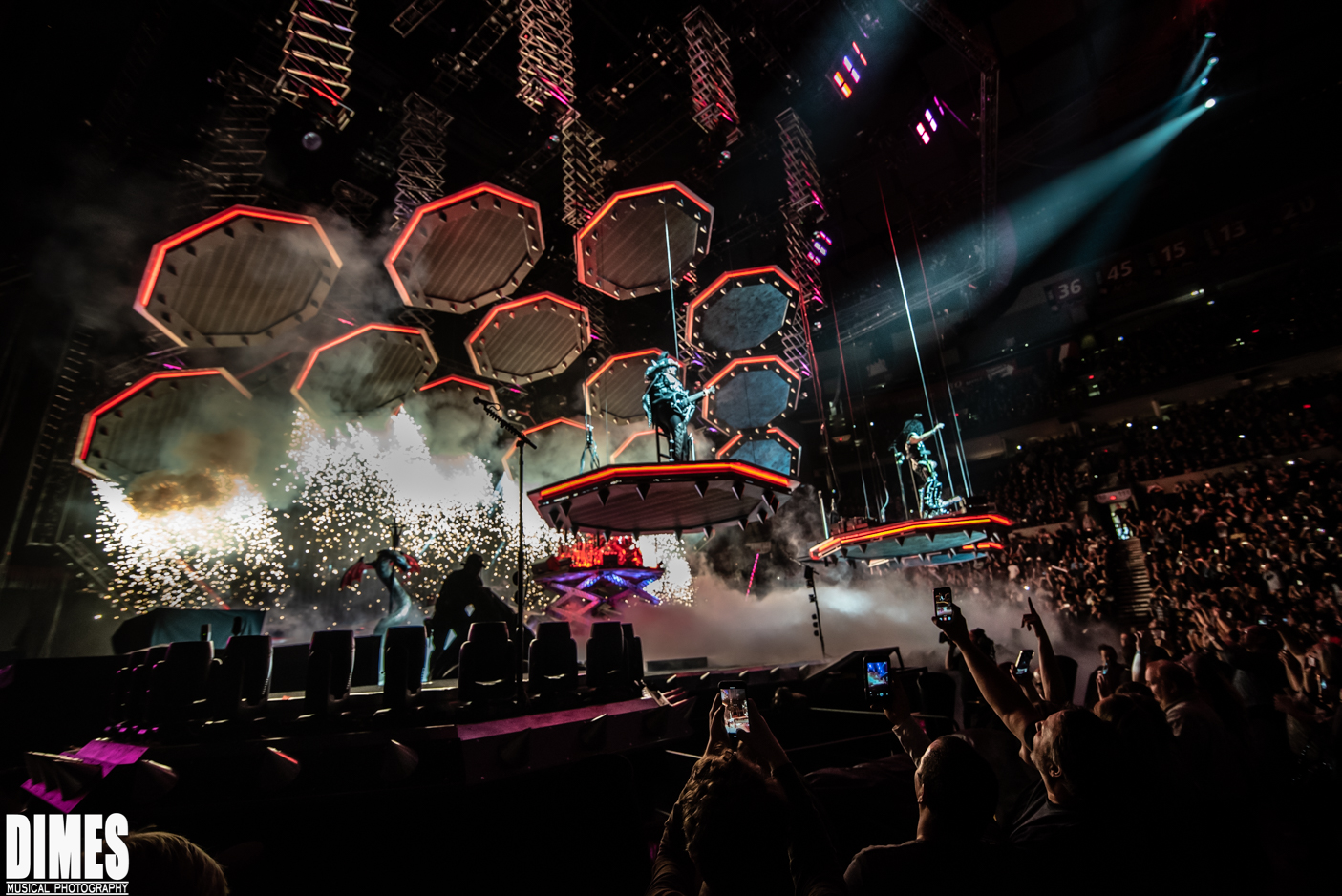 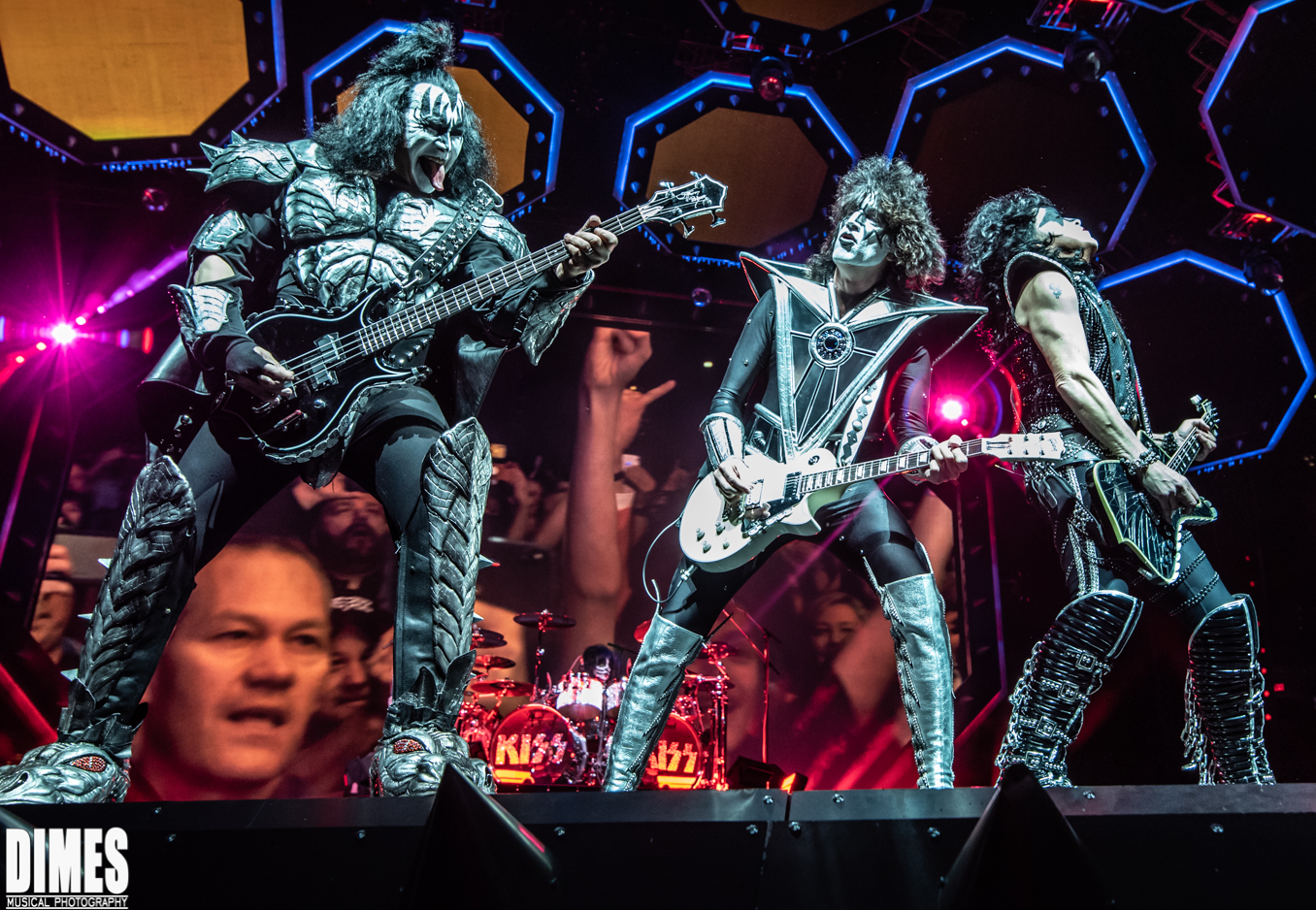 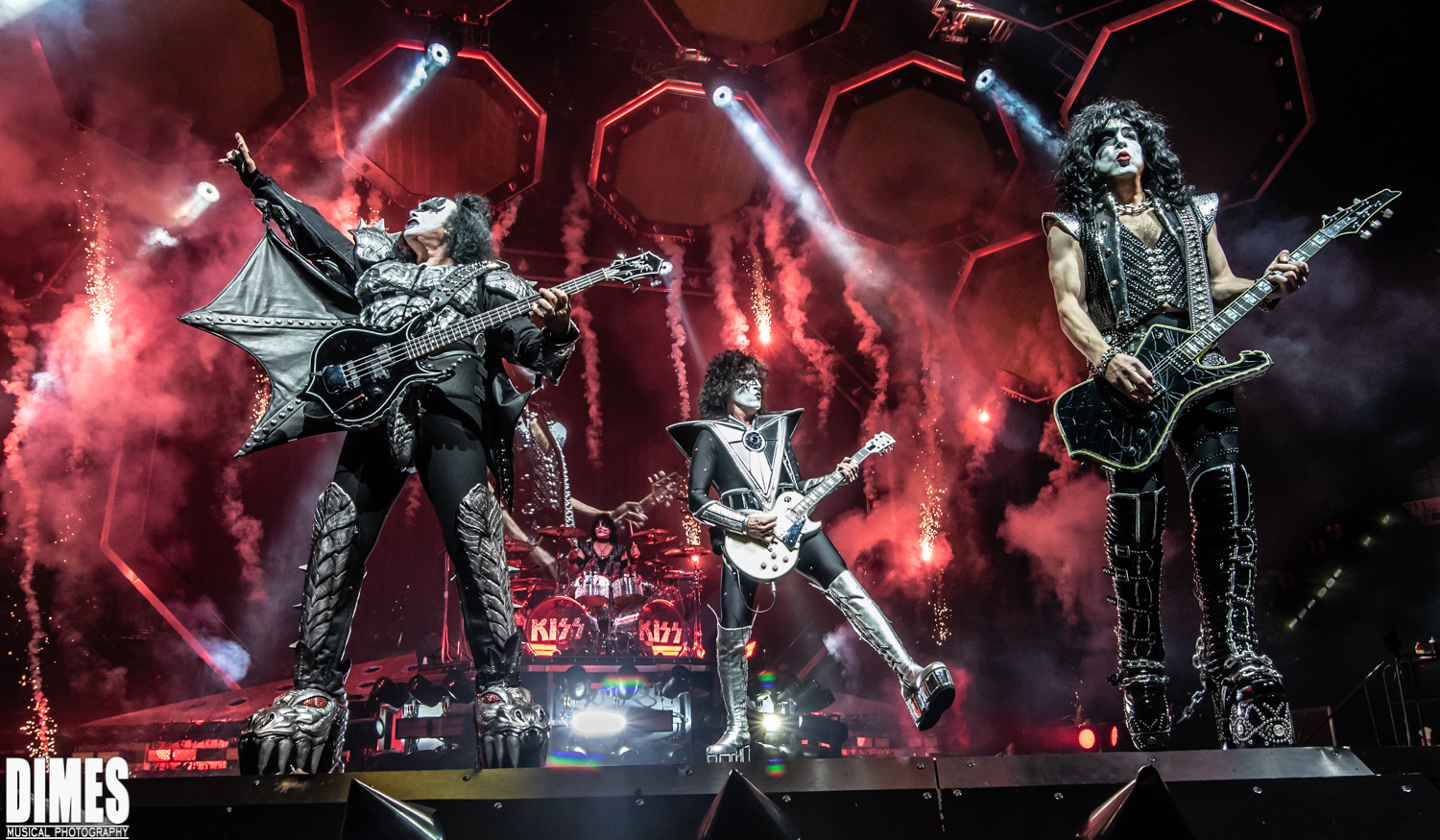 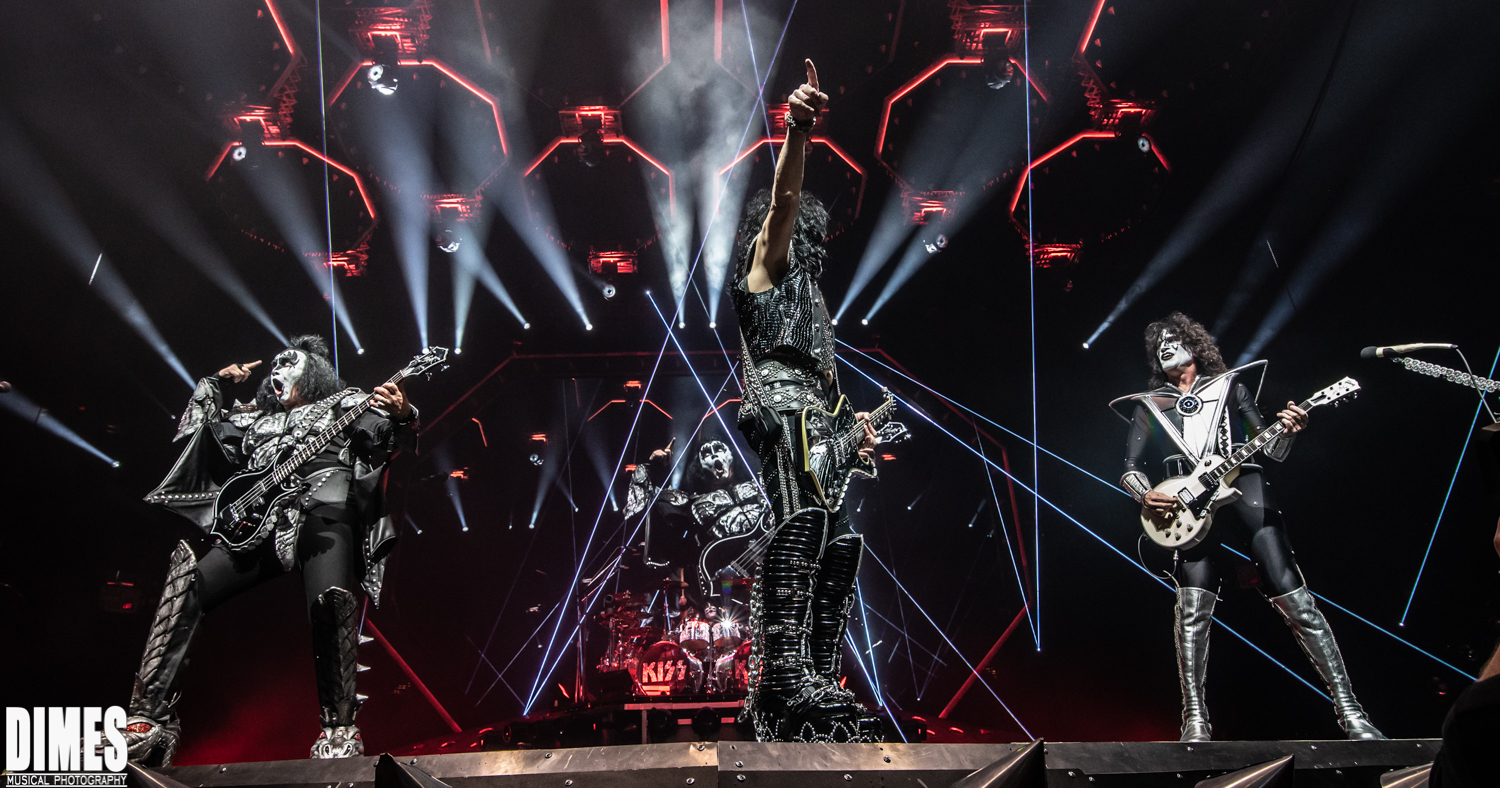 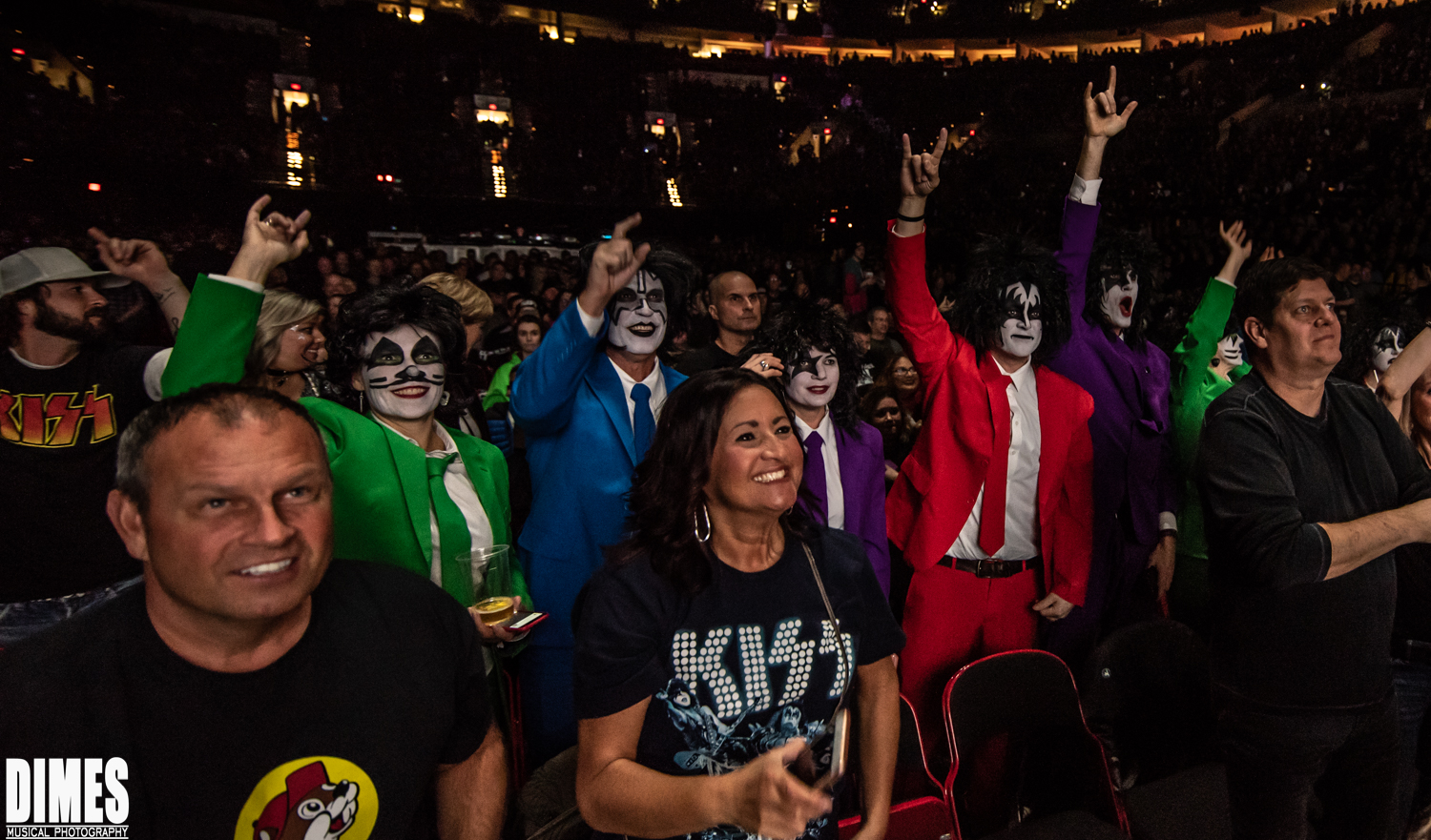 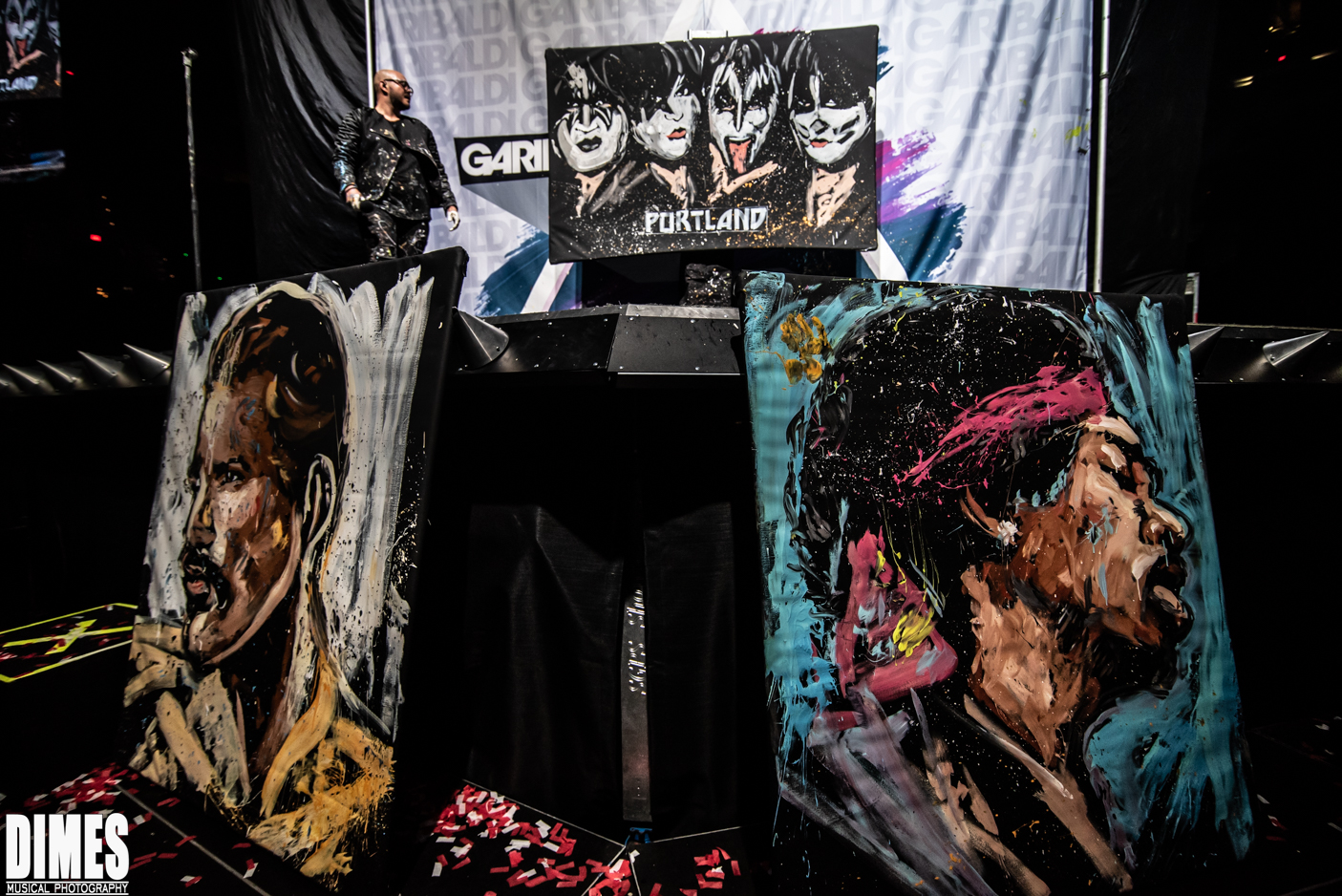