We talked with all of the bands competing at the battle for a slot at Wacken Open Air 2020 in Germany.  This will be a six part series with a new interview of one of the bands each day.  This article features:  Apophis Theory. 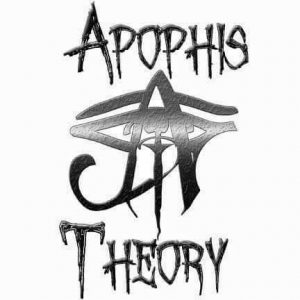 Apophis Theory is “Killer music from the great NW… Portland, OR to be exact. Check us out!  hope you dig us.”

Apophis Theory (entire band): For Apophis Theory to play Wacken 2020… well number 1, it would definitely be the biggest feather in our cap. Number 2 we hope, if we make it, to use this opportunity to expand our reach and to gain new friends and fans.

Apophis Theory (entire band): We’d be a great fit for the energy produce.  We can only imagine, right now, what it would be like to release Brandon on to a crowd of over 75,000 people.  He’s already scheming about different things he can do with a crowd that size at his command.

Apophis Theory (entire band): As far is this competition goes, we are not going into it thinking our competitors to be weak and that we are a shoe in.  All of the bands in this competition have their own unique greatness about them and we have played with most of these bands on the scene already.  We enjoy supporting them as well as we hope they support us when we’re on stage.  The band we’re most worried about is ourselves we are the only ones that can control our destiny, we can make or break ourselves.

Apophis Theory (entire band): Playing this battle will be no different for us, we play every show like it is a battle. A battle to gain fans, a battle to be recognized, a battle to entertain and shake asses out on the floor and a battle to make you move.

Apophis Theory (entire band): If chosen and we rise to the top in this battle we’d feel GREAT performing in front of 75,000 plus people, who in a band wouldn’t?

Apophis Theory (entire band): The band that made us want to be a band? That’s an individual question, we have many different influences but out of all of us the most common ones would be Slayer and Pantera those are the most prevailing for us as we all play Dean ML guitars so is sort of can tell Dime influence on us.

Apophis Theory (entire band): Couldn’t do it, couldn’t listen to only two bands for full year. Variety is the spice of life.

Apophis Theory (entire band): Dreams if we get to Wacken 2020? Well we could go on and on here, but that would also reveal TOP SECRET hush hush stuff that is meant to be a surprise if we get there. Maybe a 1,000 inflatable sharknado pit (this is referencing to a show we did a sharknado pit at Roseland Theater in Portland, OR)

Apophis Theory (entire band): We’ve seen collectively as a group the majority of the bands on the list in fact we’ve played several times with DOPE. Brandon has a book of photos from all kinds of musicians and shows that could be a whole other interview with Brandon. Jimme used to guitar tech for a couple of the bands on the list as well… and yet another interview could be had with him alone.