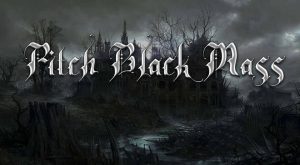 “We invite you all to join our Pitch Black Mass! WELCOME!” 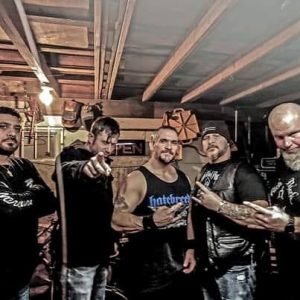 Pitch Black Mass: The path of metal musicians is difficult no matter the country of origin, so to be at this festival where both metal musicians and lifelong metal heads come together to celebrate the love of this thing that we may often be ostracized for, would be incredible. For us, playing at Wacken would be our way of paying homage and respect to all the bands who have set foot on that stage before us, and to all the fans who have relentlessly supported heavy music throughout their lives.

Pitch Black Mass: We’d be a great fit because our style of metal can appeal to a wide variety of metal fans. Our individual styles and influences have melded together into something that doesn’t easily fall into one sub-genre, and the fans seem to appreciate that.

MIRP: Sizing up your competition in a friendly manner, who are you most worried about?

Pitch Black Mass: There are two bands who we know can “bring it” on stage. Apophis Theory’s ability to interact with the crowd is compelling to watch and tough to match. Paradigm Shift brings a refreshing sound with hooks that easily get stuck in your head.

MIRP: Playing this battle of the bands, what will you do differently, now that there is a big prize at stake?

Pitch Black Mass: This being a battle of the bands, the obvious thing we will be doing different is keeping in mind the rules and grading criteria. It’s easy to skim over the judging criteria and say “yeah we get it”, but keeping all those things in mind will not only help in BOTB, but in shows going forward.

Pitch Black Mass: The opportunity to play in front of that many people would be awe inspiring. It’s the image most musicians have had in our heads since we were children…daydreaming that one day it would be us up there entertaining the masses and sharing the stage with our heroes.

Pitch Black Mass (Junior): For me, it was early Metallica that got me into wanting to learn guitar. Out of the list, if I were to get starstruck to meet a band, I would have to say Slipknot.

Pitch Black Mass (Tony): Metallica was the first band that made me want to play drums, when And Justice For All came out in 88. The band I’d be starstruck to meet would be Judas Priest.

Pitch Black Mass (Gordon): Metallica. Of these bands Lacuna Coil and Slipknot would have me starstruck.

Pitch Black Mass (Mr. Zero): Meat Loaf and Pantera were both instrumental in me wanting to be a musician.  Lacuna Coil would definitely be the band I’d be starstruck by.

Pitch Black Mass (Matt): Slipknot would have me starstruck.

MIRP: Tell me what your dream is if you were chosen to play Wacken 2020.

Pitch Black Mass:  To play Wacken would be a dream in itself, but the dream would be for this to be just the beginning of our journey.

As I lay Dying

Pitch Black Mass: As far as the question about the two bands any of us would listen to for the next year…that’s an impossible question to answer!!!