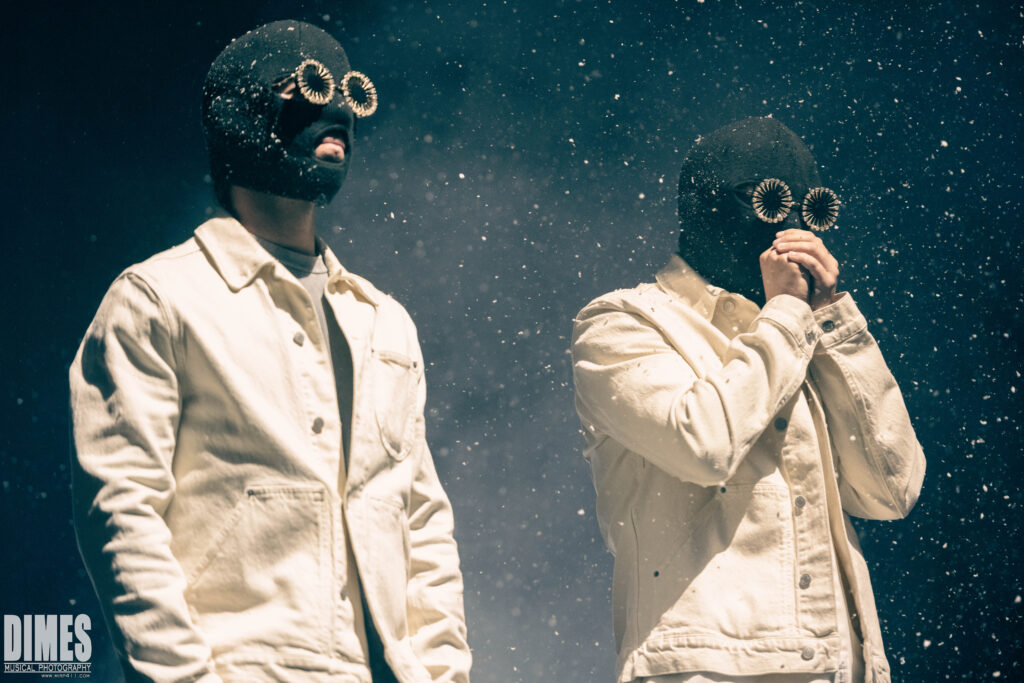 It was a packed Thursday night at the Moda Center which I am always happy to see. I can’t say it enough, it brings me great joy to be in a place, surrounded by people having a great time and feeling the unity that music can bring. One example of this unity feeling, when I found my seat, I instantly made a new friend. The little guy in front of me was there with his parents and he was so excited, he quickly turned around and told me his name (Roman), his favorite 21 Pilots song (Stressed Out which I thought was cute,  how could this little young man of maybe 6 years old understand being stressed out), and that he was happy he had ice cream.

Unfortunately,  by the time I got inside, I was only able to catch the last song of the opening act. American Singer/songwriter Peter McPoland opened the night with his touring band. I loved the fact that they looked simple in the most positive way. Each member was just wearing your basic jeans and a t-shirt. Even though Peter’s band had a portion of the stage, his energy filled the packed arena. He enthusiastically introduced each member of the band before the end of their last song. He seemed very fun and real. I think his genuine nature and solid indie music will take him far.
I took the momentary break to walk around the concourse a few times. I noticed the audience was a wide mix of young and old, groups of teenagers or young adults and families. When I got back to my seat,  there seemed to be a fun game that was played between two assuming group of strangers situated in seats across the arena from each other by using the flashlights on their phone. One group would do something with their flashlights then the other group would playfully respond. It was entertaining to watch.
This was my first time seeing 21 Pilots so I was not sure what to expect. All I really knew about their live show is that it is fun.  The lights went out and a story played on the screen of our pair, Tyler Joseph and Josh Dun, making their way to in a snowy landscape until they happen upon a blue door.  They open the door and simultaneously, a blue door opens from the stage floor and it starts ‘snowing’ inside the Moda Center. To kick off their set, they started with upbeat “Good Day” from their 2021 album Scaled and Icy. Great way to start the show with a bit of anticipation followed by a happy song.

The audience ate up the songs and the show,  singing back and dancing. A few songs into the set, a full band joined our duo that I personally enjoyed. The band members added a little different dynamic but Joseph and Dun still command the show.  Embarrassingly, it took me a minute to realize the connection of pieces of the show and the tour being called the Icy tour. For example,  it ‘snowed’ a couple of times in the arena, at one point they did a little acoustic melody around a ‘campfire.’ Beautiful touches. Also, they played with showing a live version of music videos. 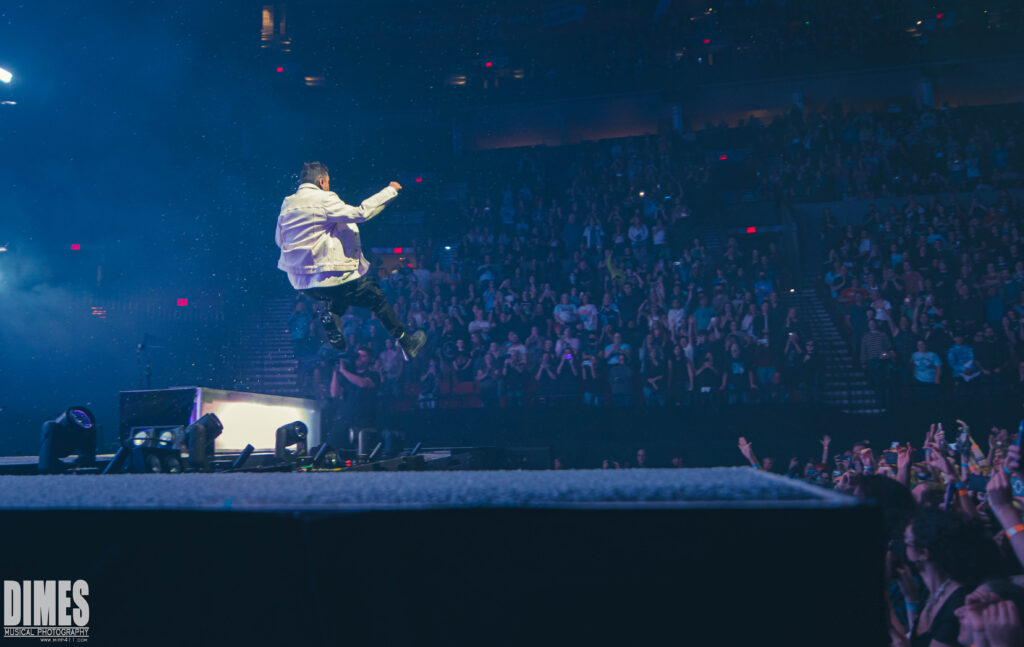 A 21 Pilots show is interactive for sure. At one point,  the crowd surfed an air mattress from a mini stage to the main stage transporting a ukulele and then transporting Joseph. My favorite part was Joseph made his way to the mini stage that was by the sound board that had a piano. The song was “Mulberry Street”, Joseph broke the crowd into 3 groups and asked us all to turn on our flashlights on our phones and each section was to lift up their phone at certain part of the song. It looked so cool and it was fun to feel a part of their show.

21 Pilots set:
This show kept me fully entertained from beginning to end. 21 Pilots is a band with something to say and they are making their mark in the music industry for sure. If you have a chance to see them live, even if you do not know their music, go see them. 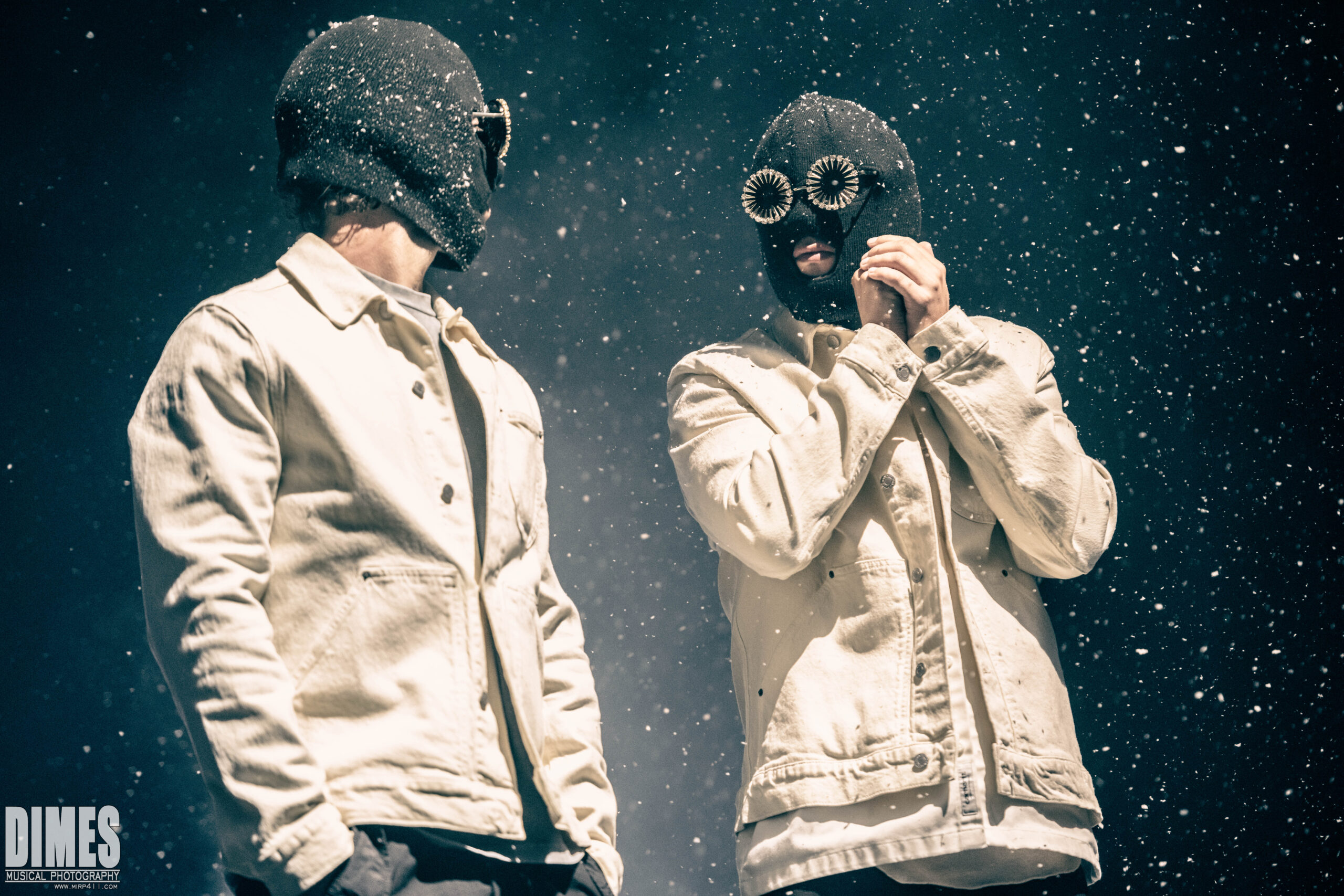 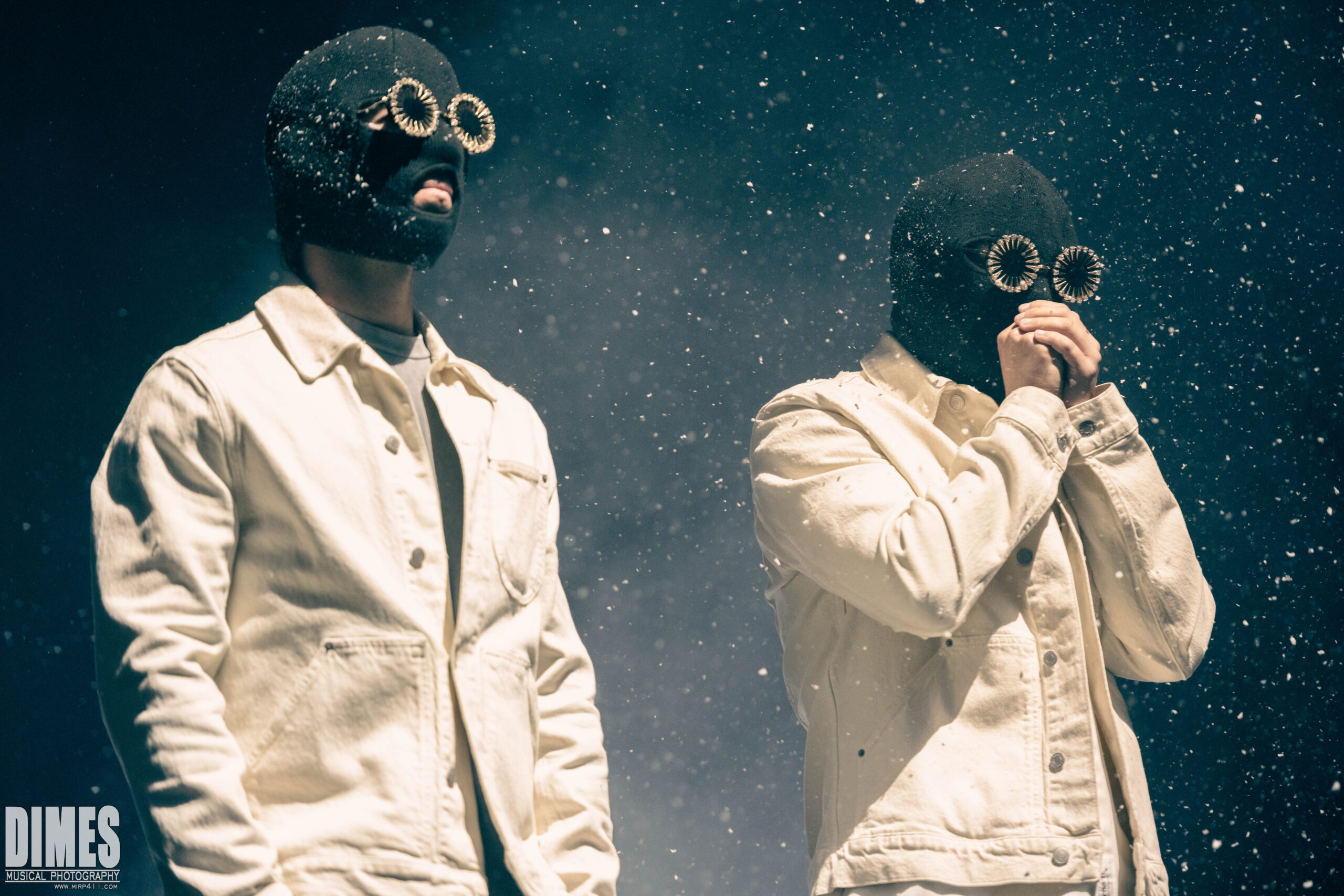 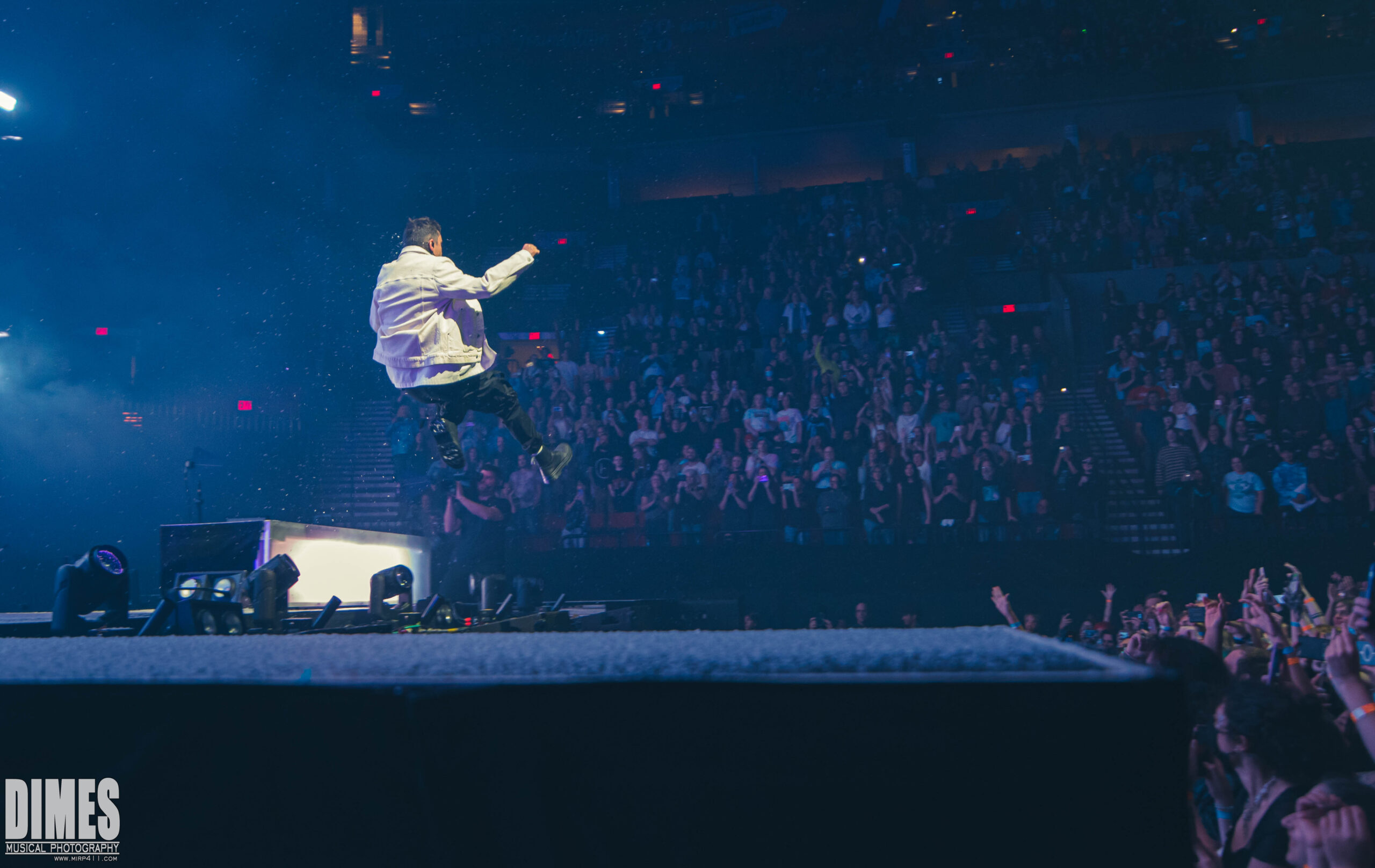 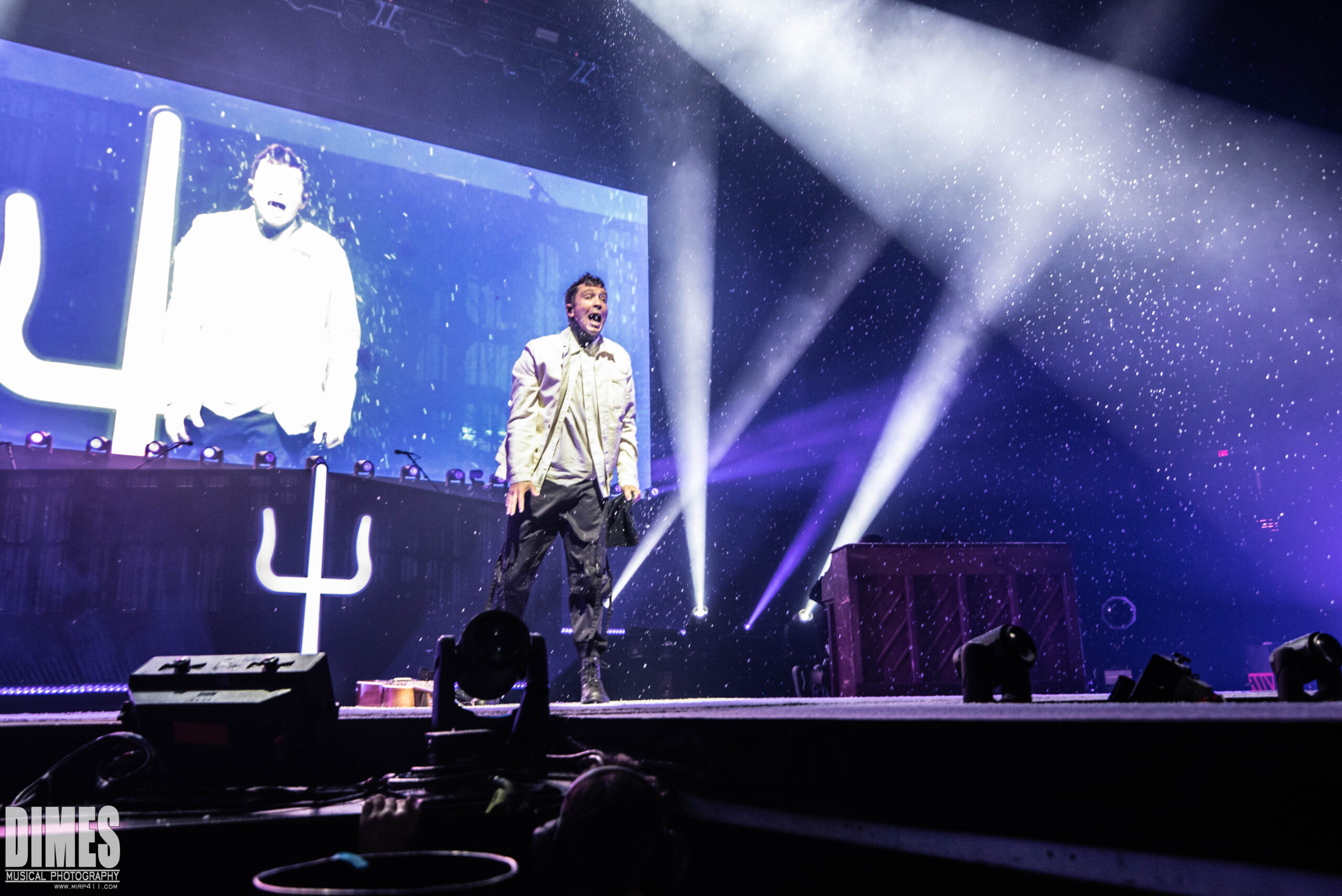 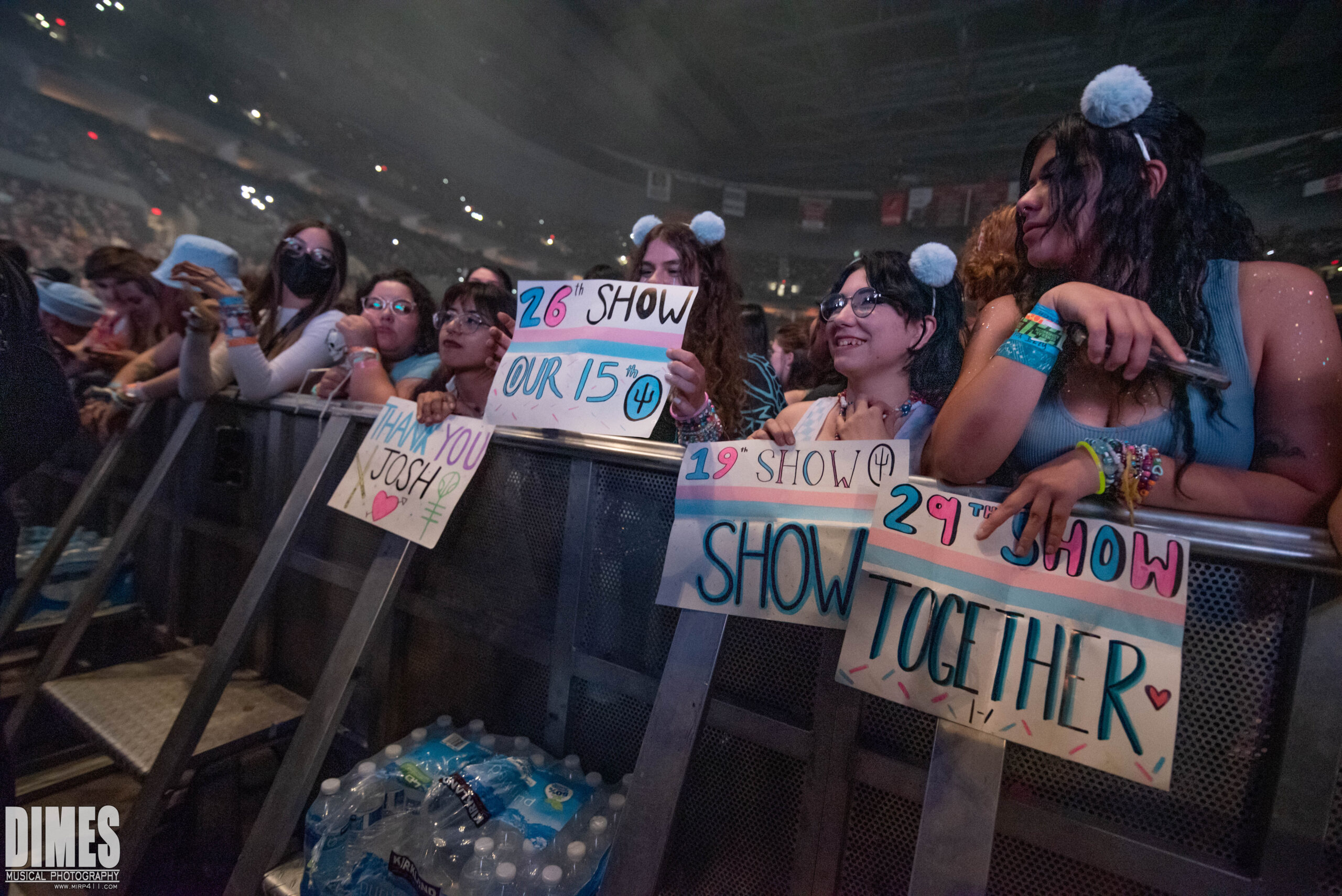 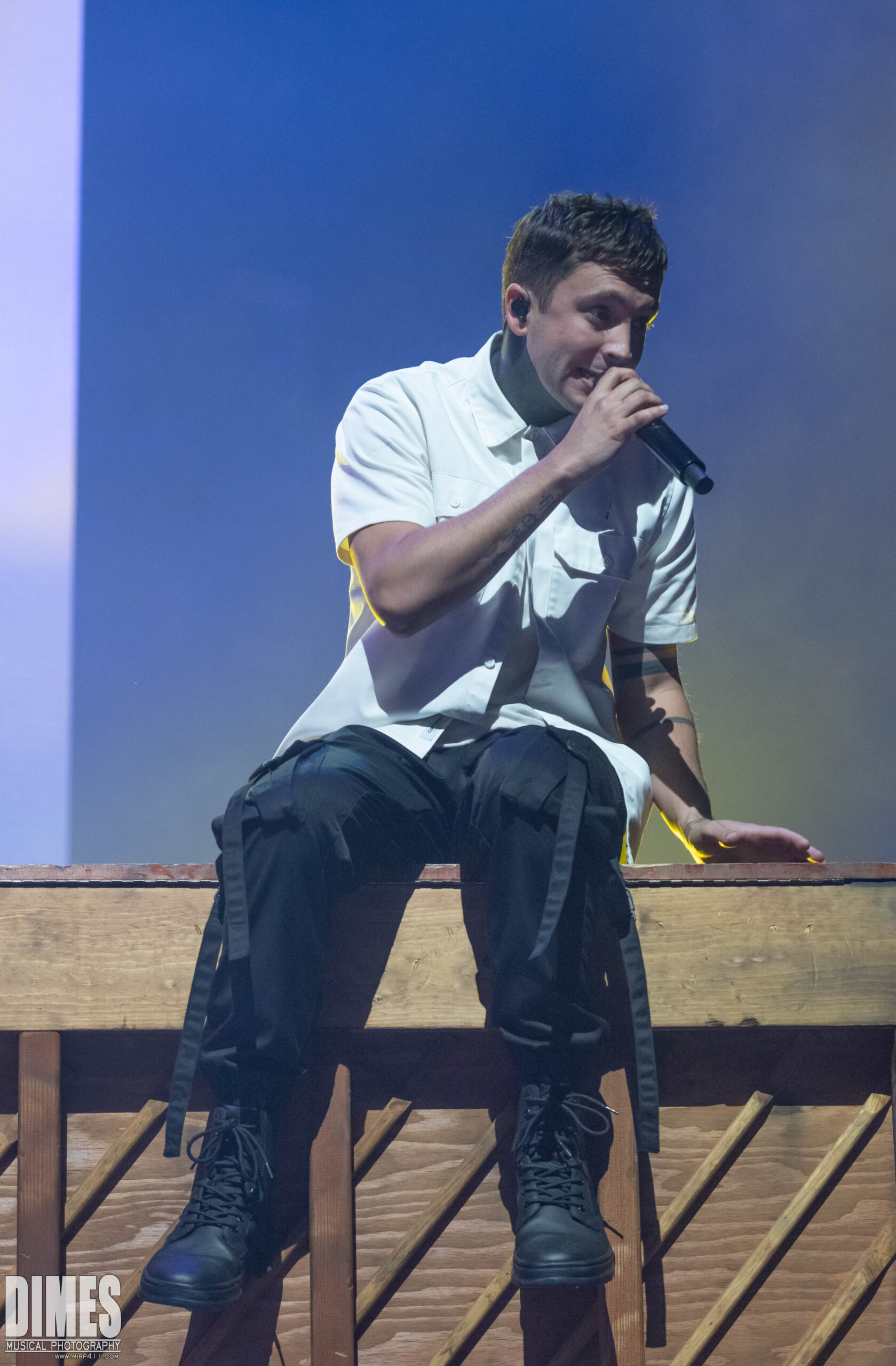 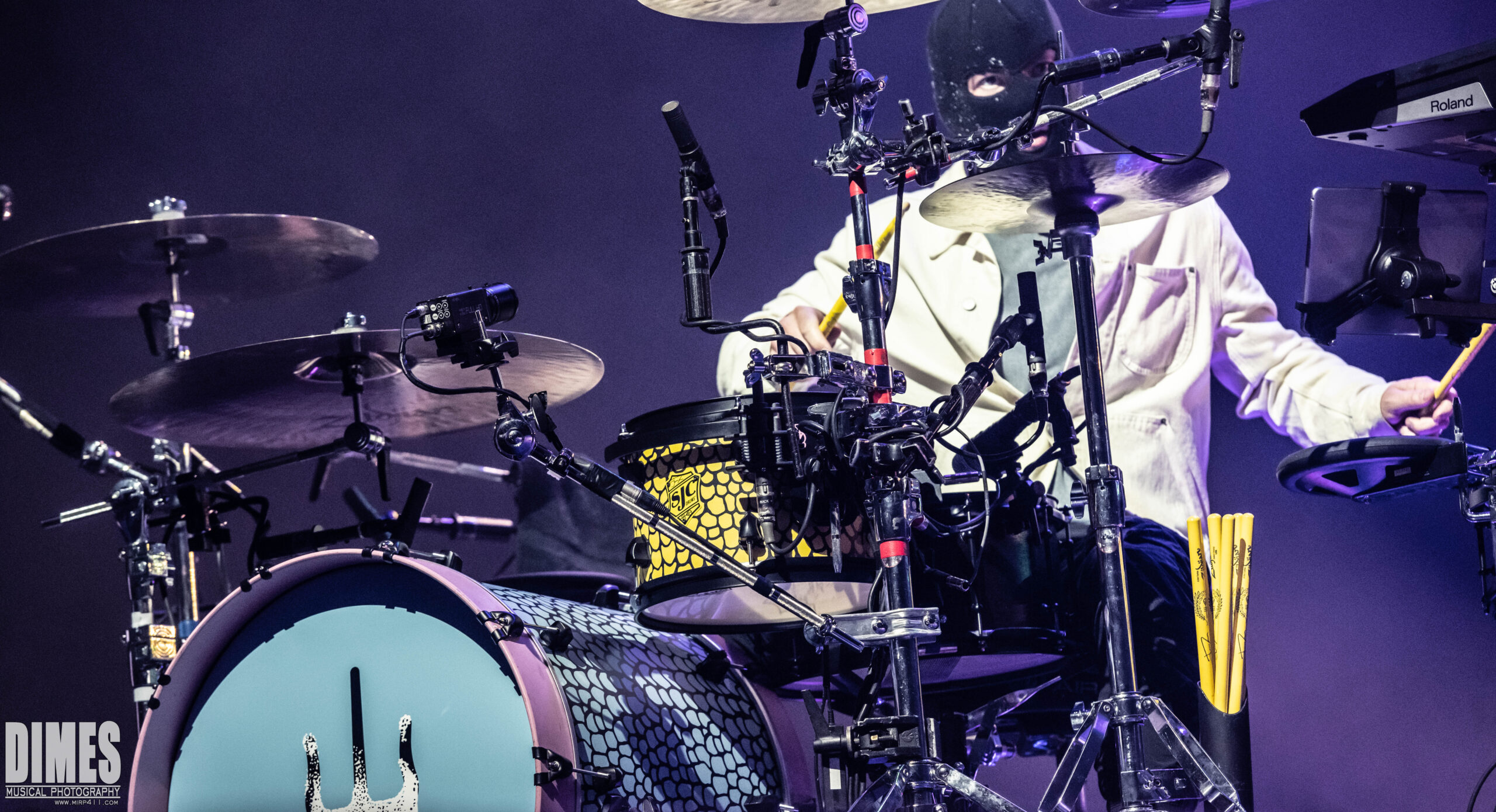 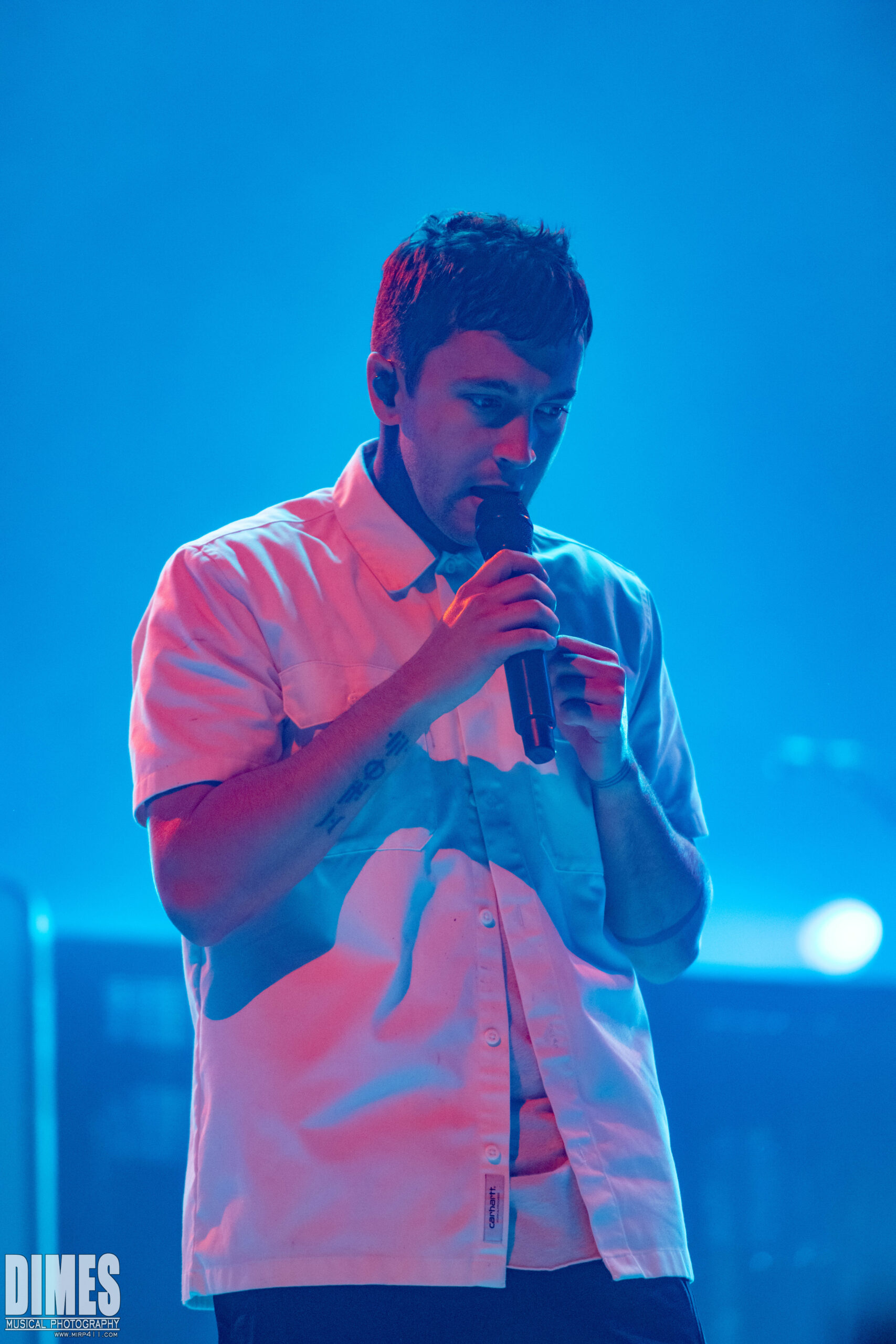 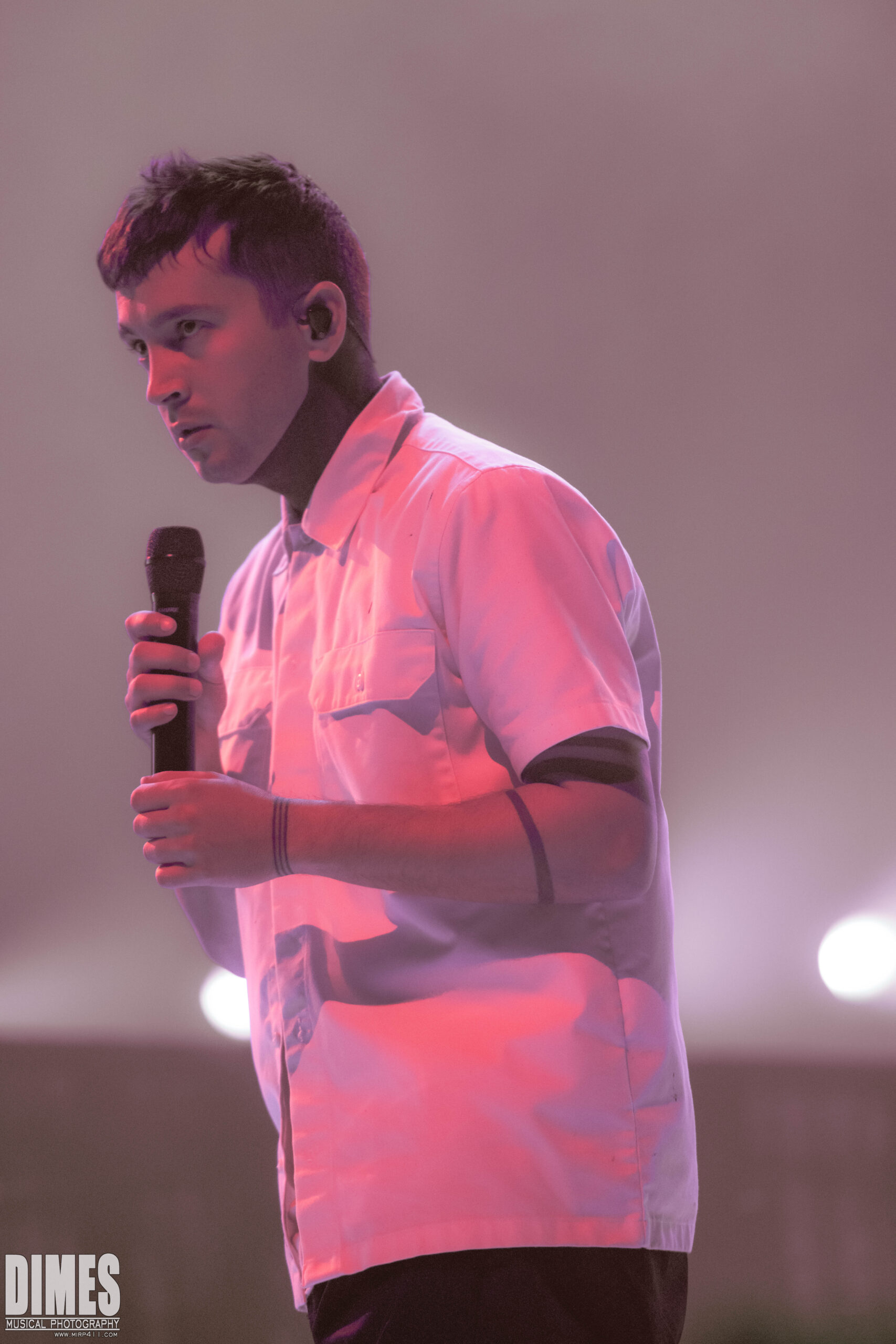 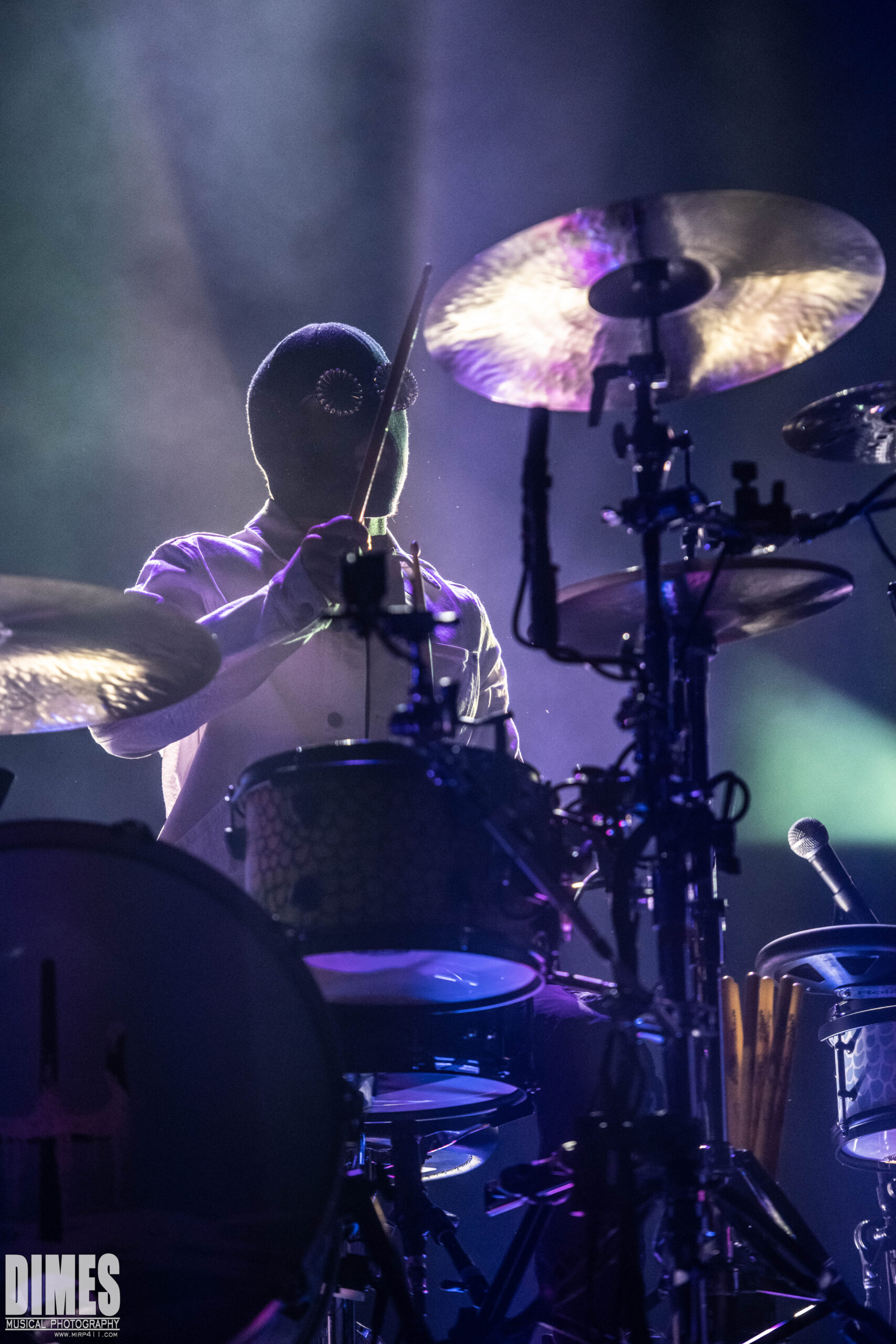 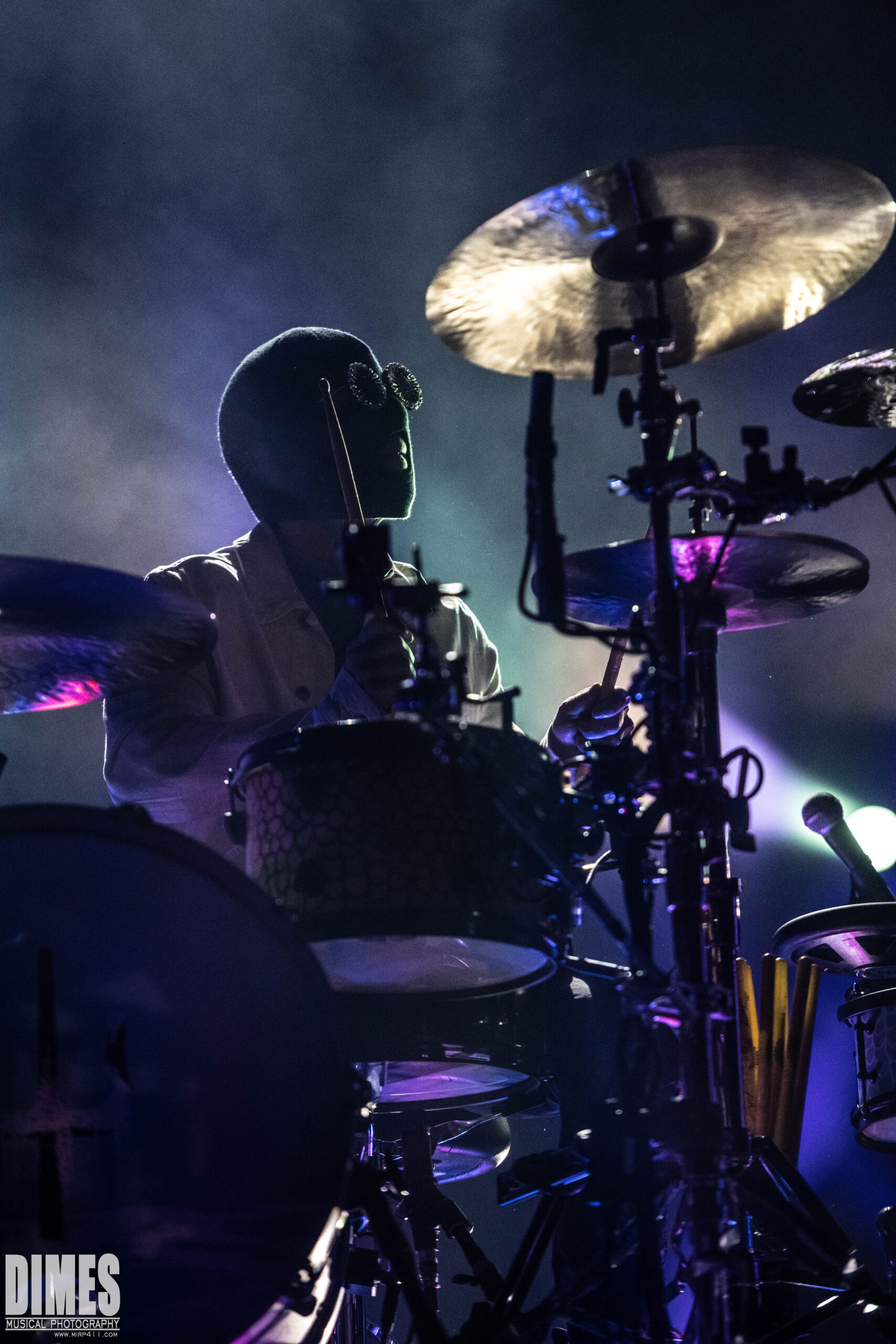 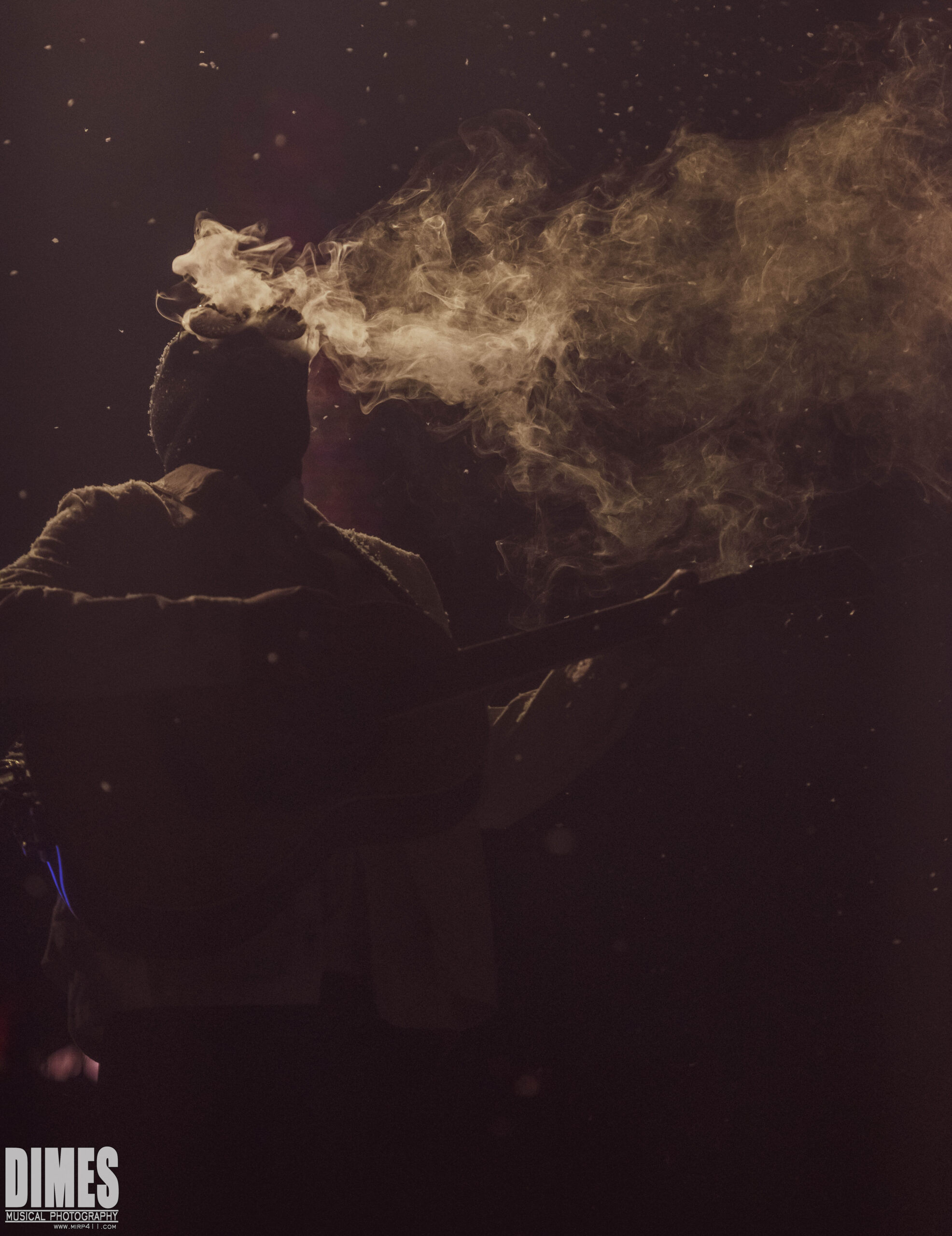 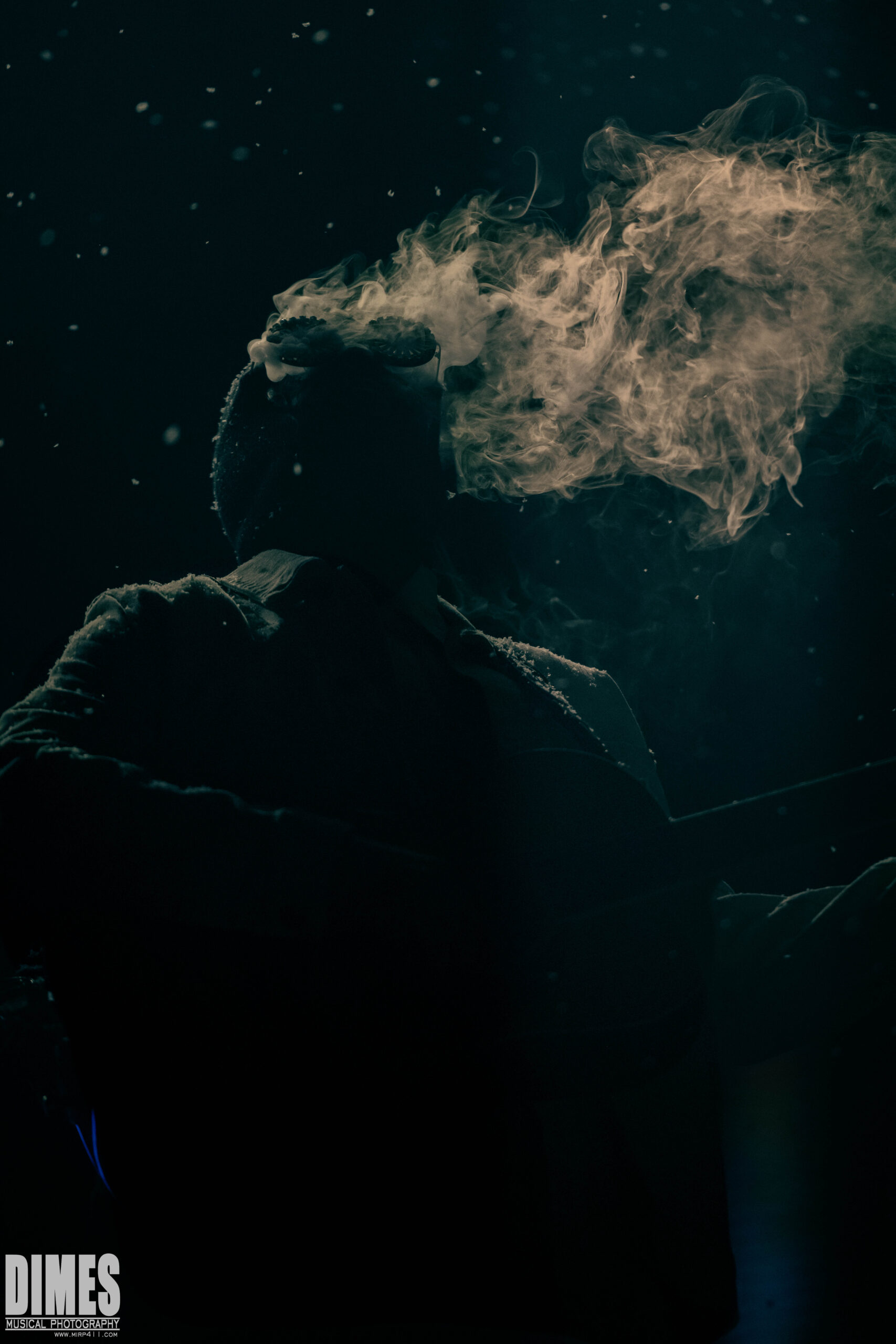 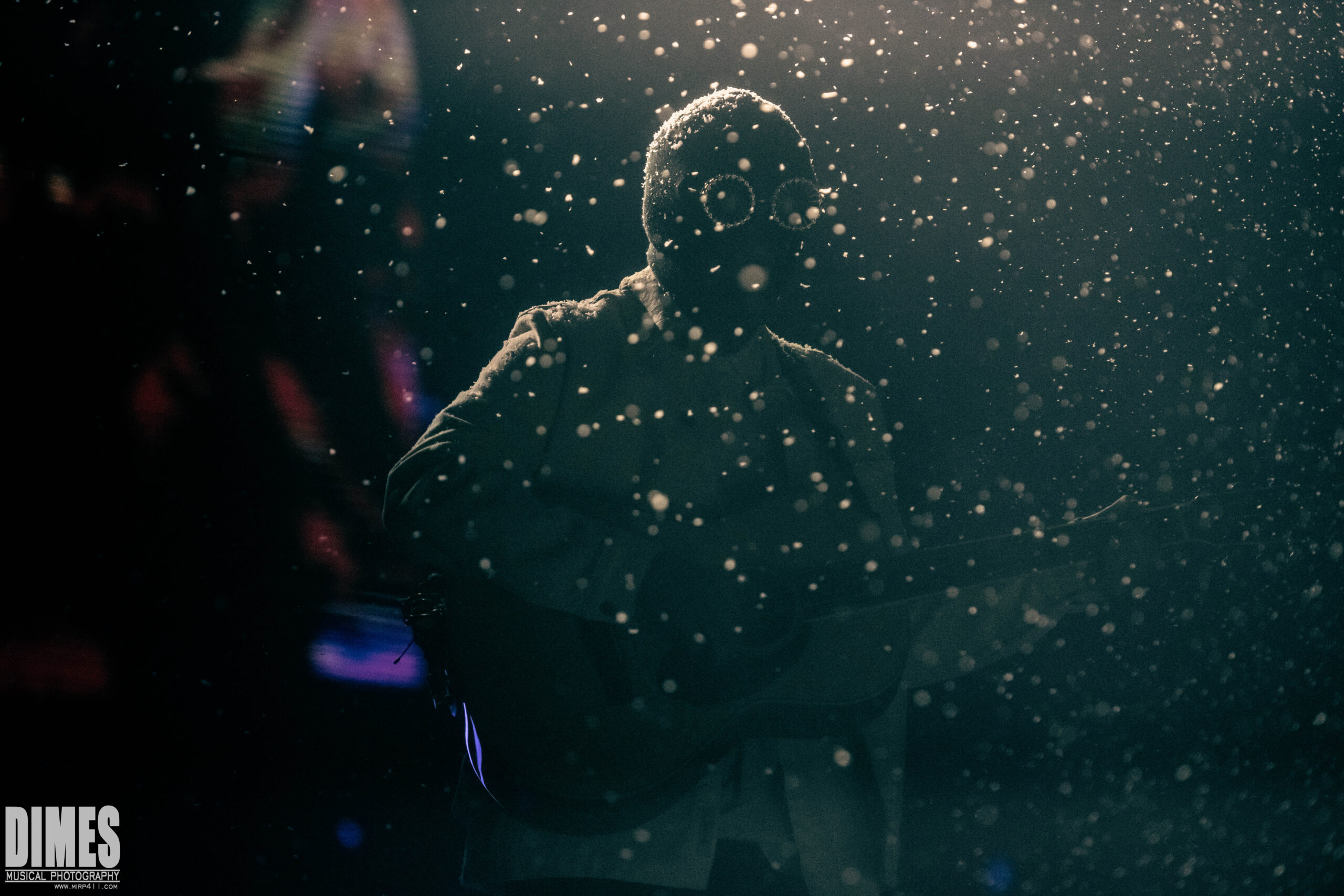 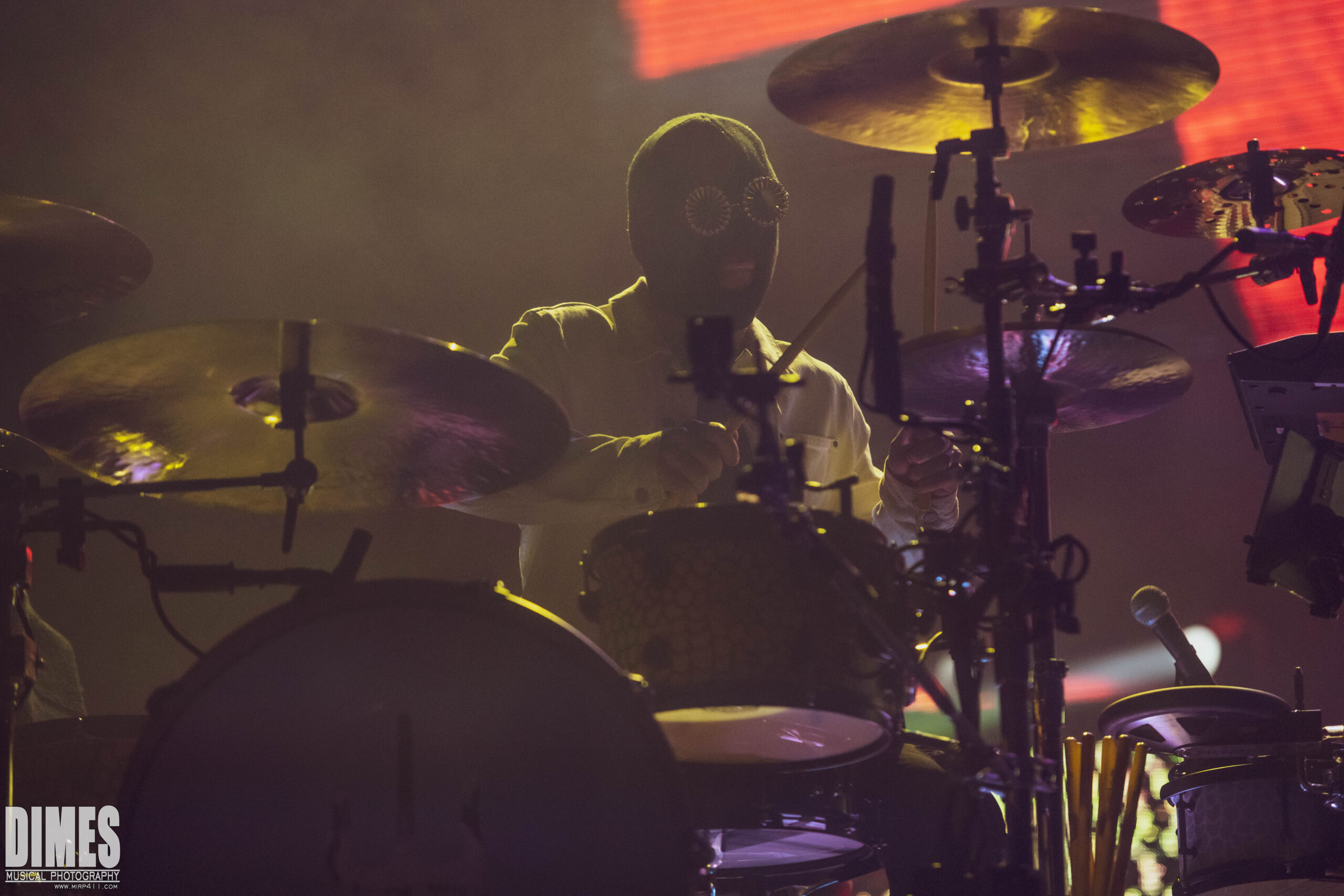 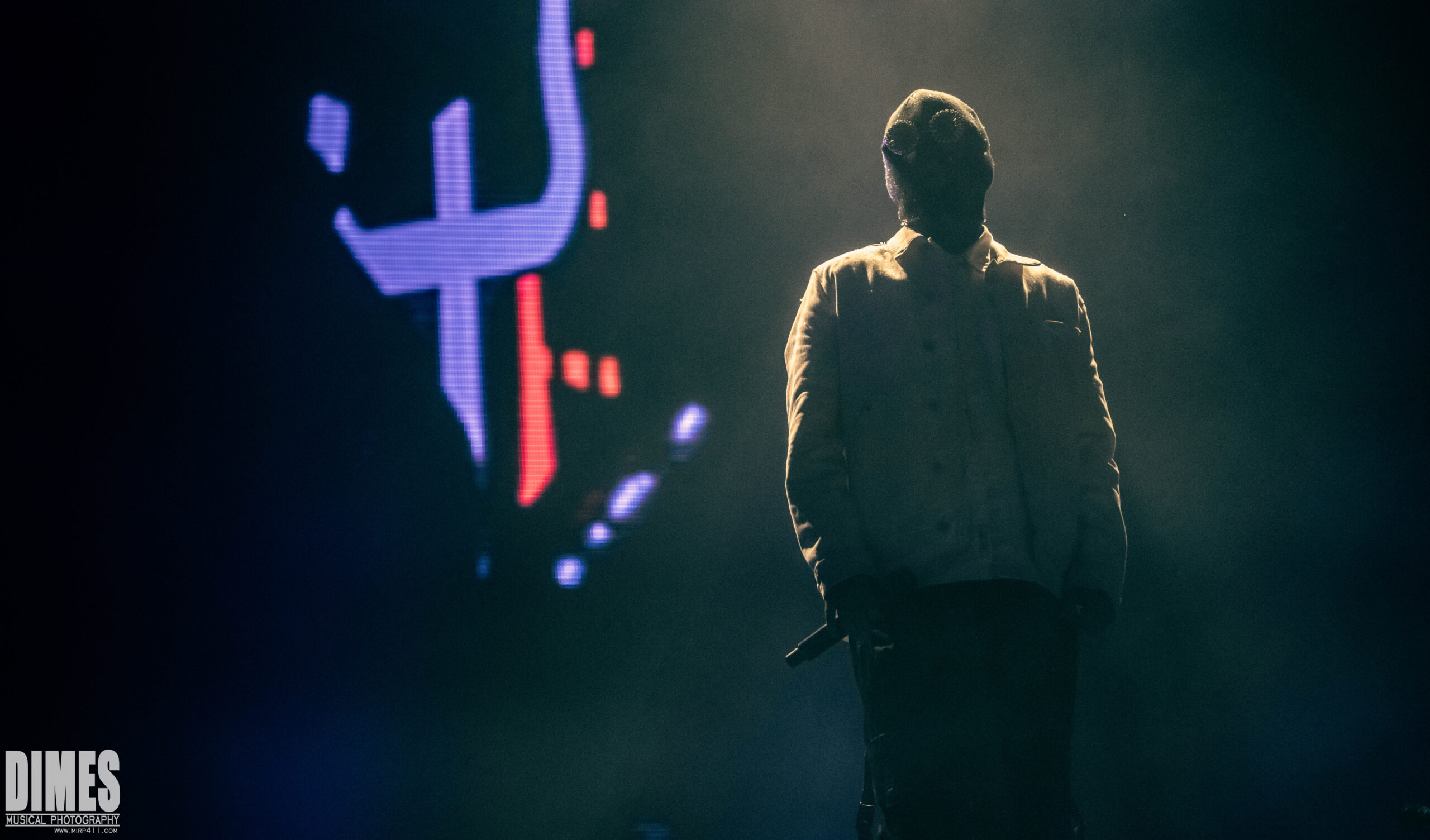 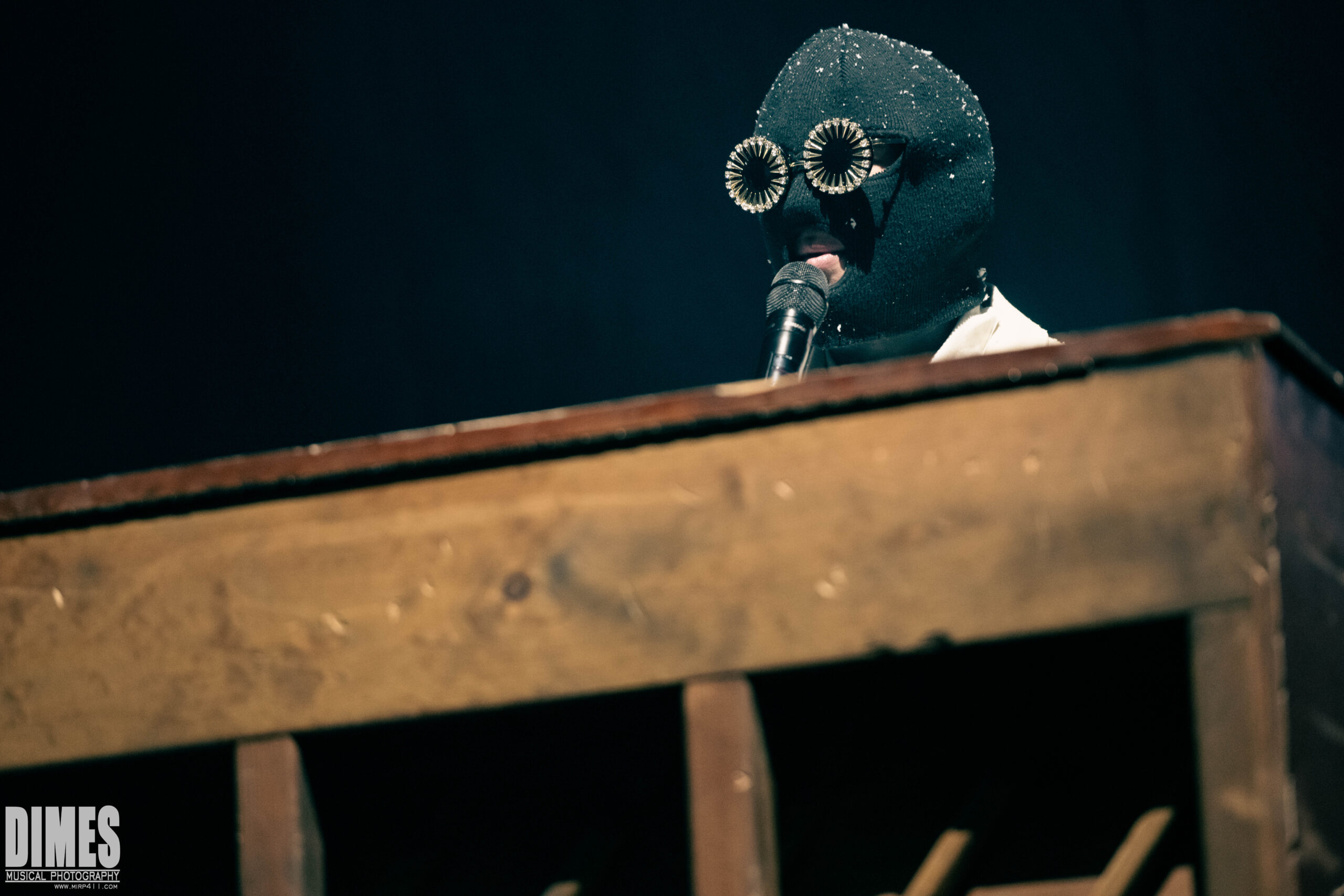 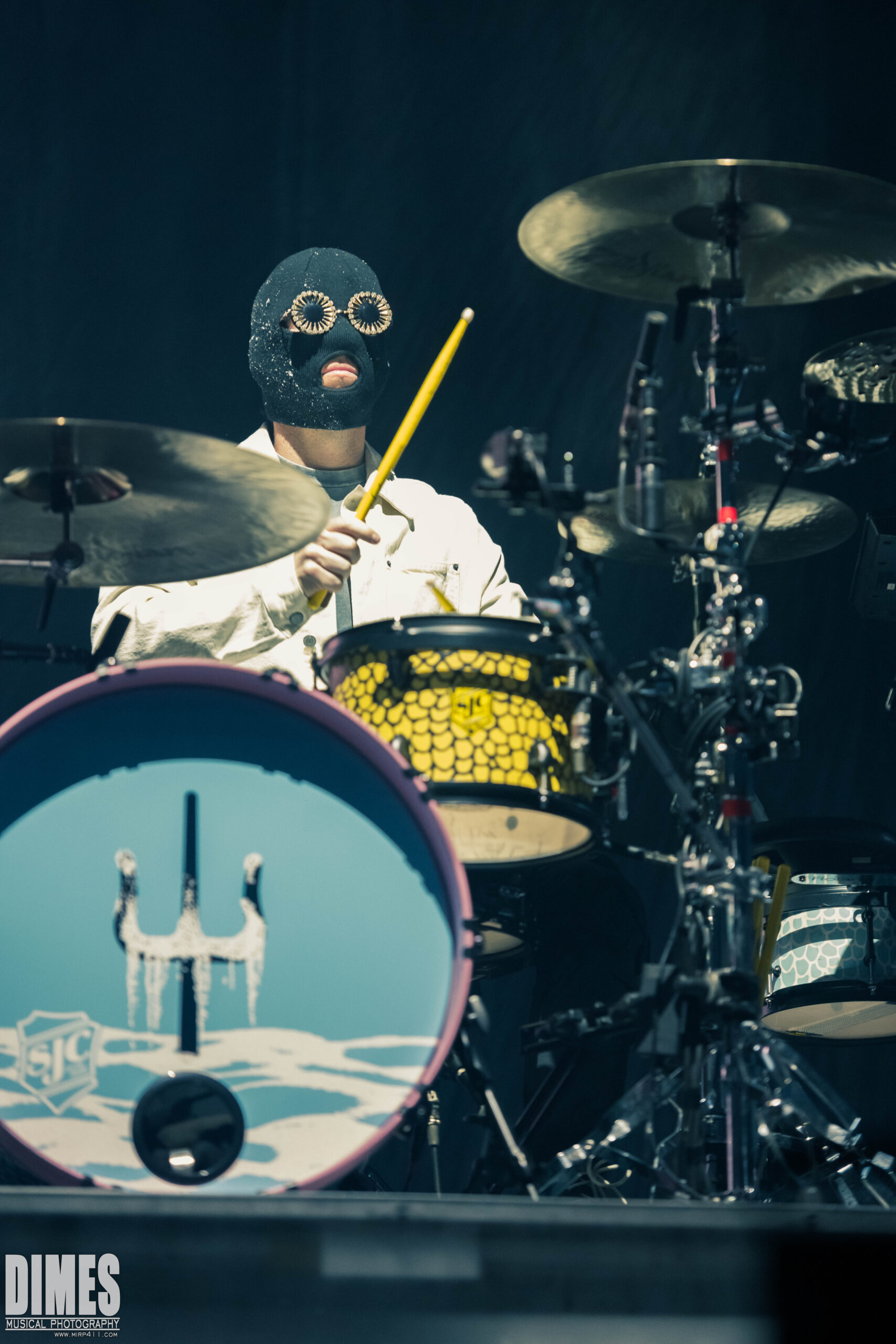 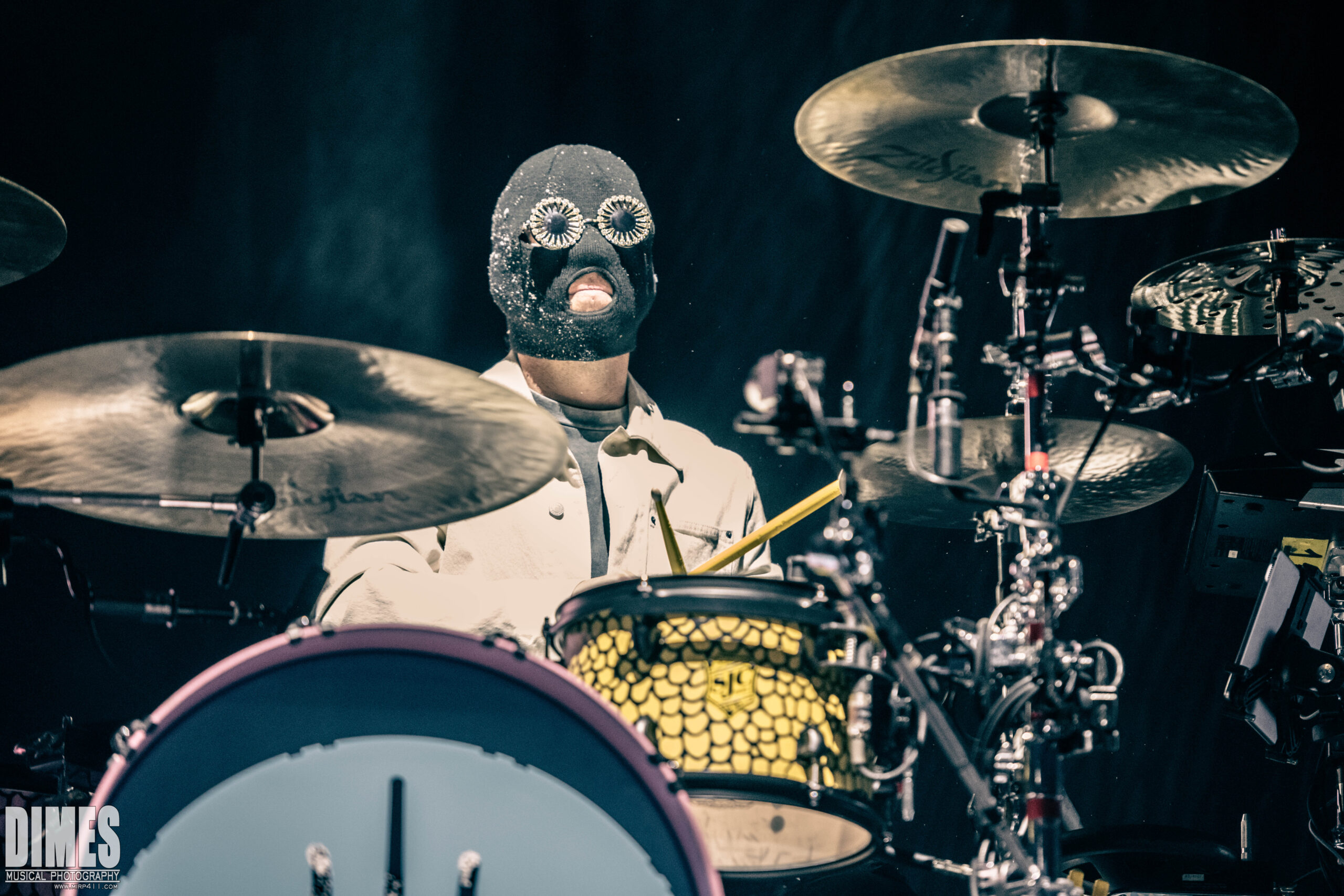