THE HU teams up with LZZY HALE of Halestorm

AND OPENS PRE-ORDER FOR THE DELUXE VERSION OF

Hear the song and pre-order HERE

New York, NY – May 1, 2020:  Today THE HU releases “Song of Women” featuring Lzzy Hale of Halestorm and kicks off the pre-order for the album on which it can be found – the Deluxe edition of the band’s critically acclaimed album, THE GEREG.

THE GEREG Deluxe edition is out on July 10, 2020 and will be available in CD, double vinyl and Digital formats.  This version includes 3 of their tracks, re-made with special featured artists.

“THE HU is the real deal.  Don’t sleep on this!” – Jacoby Shaddix (Papa Roach)

“Yuve Yuve Yu” featuring Danny Case of From Ashes To New was the band’s first-ever radio single.  The song peaked at #4 on the rock radio charts and established the band at the format.  The band’s current single “Wolf Totem” featuring Jacoby Shaddix of Papa Roach is well on its way to the top of the charts.  The third track exclusive to the Deluxe edition is the brand new “Song of Women” featuring Lzzy Hale of Halestorm.  There will also be 3 acoustic tracks on the new release.

The video for “Song of Women” features Lzzy Hale of Halestorm.  Lzzy’s performance with the band was filmed prior to the coronavirus quarantine.  “I’m so thankful to THE HU for welcoming me, my words and my melody into this song,” says Hale. “I can count on less than one hand the number of times where a project has changed the course of my spirit and renewed my faith in humanity. This was one of those projects. I’m still levitating.”  May is a month filled with events honoring women – Mother’s Day on 5/10 and Women’s Health Week from 5/12- 5/18, so the band felt it important to release the song in May.

“I’m crazy about a Mongolian band called THE HU. They are just the greatest thing I’ve heard in a long time. My band of the year!” – Elton John (Beats 1 Rocket Hour) 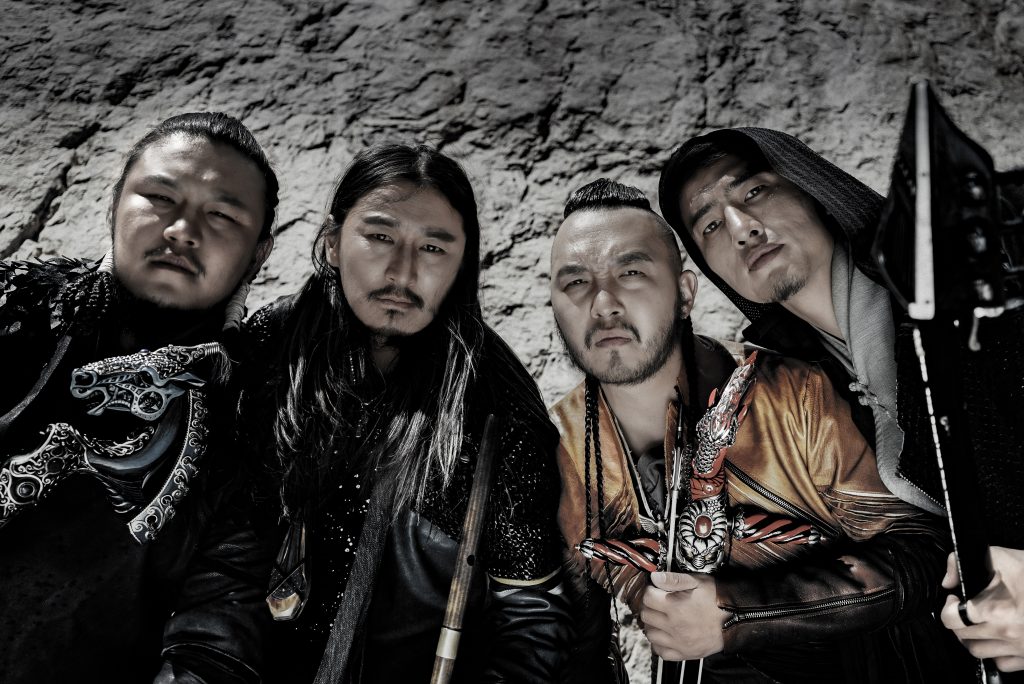 The band is involved in the film THE RETALIATORS, a high-octane horror-thriller, starring Michael Lombardi (FX’s Rescue Me), Marc Menchaca (Ozark, The Outsider) and Joseph Gatt (Dumbo) with special guest appearances by some of rock music’s biggest names. THE HU band members play a small part in the movie and contributed “Wolf Totem” featuring Jacoby Shaddix of PAPA ROACH to the soundtrack.

THE HU has been making waves across the globe with sold-out shows and festival appearances presenting their signature brand of “hunnu rock” –a one-of-a-kind mixture of Western rock music combined with traditional Mongolian instrumentation and throat-singing in their native language.

The band has achieved wide critical acclaim and appeared on many 2019 year-end best-of lists. Loudwire listed THE GEREG among its Top Albums of 2019 and Revolver Magazine listed the band’s video “Great Chinggis Khaan” among the year’s Top 10. In the UK, THE GEREG placed among Top Albums of 2019 in Classic Rock and Metal Hammer magazines.

For more information on THE HU, visit: