Terrance Hobbs on the Future of Suffocation Post Frank Mullen 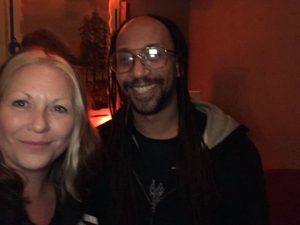 I was just reading about an interview at this year’s NAMM, where  Heavy New York’s Alex Haber spoke with Suffocation bassist Derek Boyer about Frank Mullen’s decision to leave the band.  “Frank knew for a long time that he was going to be out, but he kind of just got it to the point where this was a good time for him to make it an official farewell run. He did his sign-off in North America, which was the run we did at the end of 2018. He’s going to go sign off in Europe and sign off in Japan. He’s going to say his goodbyes. But I think that last run in the U.S. was the last thing for him here…”

MIRP spoke with guitarist Terrance Hobbs on the same topic back in November of 2018, in Portland, Oregon.  Here is what he had to say about the future of Suffocation and more.