Opus (drummer of Dead By Wednesday / Ellefson & Earth) Releases “The Corona Covers”, A Solo Acoustic Series with Songs and Videos Being Added Weekly! 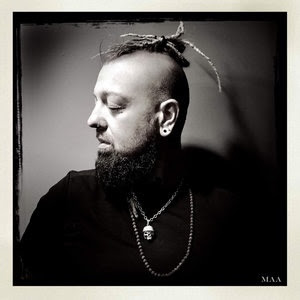 Opus (drummer of Dead By Wednesday / Ellefson & Earth) has released “The Corona Covers”, a solo acoustic series with songs and videos being added weekly!

“I’ve been so fixed on practicing and playing drums that I moved away from playing acoustic guitar, which I used to do and love so much. In the past I would go through periods where I don’t touch it. This quarantine forced me to find things to do. As soon as I picked it up, it was like clock work… I was writing songs in minutes and learning covers by ear like I usually do. Who doesn’t like cool cover songs done well or differently? It allows you to keep putting out content and stay relevant when none of us can play out live at the moment” says Opus.

“Music is either in your blood, or it’s not.” An adage by which Connecticut native Christian “Opus” Lawrence has become known for. From the first moment he heard the menacing and plodding rhythms of KISS’s “God of Thunder” roar through his speakers, he knew he would dedicate his life to creating music. Immediately drawn to the hard intensity of the drums, Opus purchased his first kit when he was 11, using money he earned from a paper route. Influenced by such greats as Vinnie Paul, Dave Lombardo, Stuart Copeland, John Bohnam and Tommy Lee, he submerged himself in his art, and tasted his first success as a musician while playing in the alternative metal band, Violent Industry. While drums remained his first love, Opus wanted to conquer all aspects of songwriting, and taught himself guitar as he continued to play out as a drummer. In 1997 he formed Gargantua Soul with singer Kris Keyes, and spent the next decade creating a cult following as the 7-piece nu-metal/hard rap-rock group produced 3 albums and toured the country. Gargantua Soul was the only unsigned band to play Woodstock ’99, and they appeared on such shows as VH1’s Farm Club, Howard Stern Show, and on ESPN to name a few. After the band broke up in 2005, Opus went on to create the heavy metal band Dead by Wednesday with his cousins. His drumming evolved into a more aggressive style, though still holding onto the groove and finesse he had become celebrated for. His skills being sought after, Opus has acted as a hired touring drummer for Soulfly guitarist Marc Rizzo’s solo project, and 80’s platinum selling artists The Bullet Boys from LA. Dead by Wednesday continues to conquer the metal world, having shared the stage with such legends as Shadow’s Fall, Rage Against The Machine, Flotsam and Jetsam and Hatebreed. Throughout this melodic timeline, Opus always composed his own personal music using his guitar and vocals. Influenced by a vast style of musicians, including Alice in Chains, Cat Stevens and Pink Floyd, it is through his acoustic music that he is able to tap into a more emotional aspect of his craft. In 2014, he decided to tread on a new waters and recorded his first solo acoustic CD, Opus Unplugged. He took his solo act on the road, incorporating his repertoire of cover songs. He soon played sold out shows opening for Zak Myers of Shinedown, Sevendust (unplugged), for both Scott Ian’s (Anthrax) and Dave Ellefson’s (Megadeth) spoken word tours, and toured nationally with Sean Danielson of Smile Empty Soul. This multi-talented artist has continuously searched for various outlets to express his creative nature, adding acting to his extensive resume, and has appeared on film and various cable reality shows. While he loves the energy he experiences from the crowd through playing the drums with his bandmates, his acoustic music allows him to connect with his fans on a new profound and intimate level. 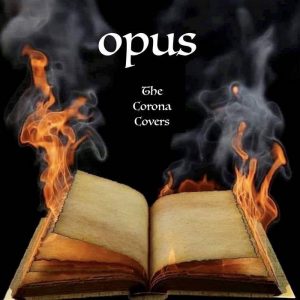 Where Do the Children Play? – Cat Stevens

In the Air Tonight – Phil Collins