I can’t think of a better way to have spent a Sunday night. This was a show that I am so grateful to have witnessed.

Every young girl has that ‘boy band’ that they love to sing along to, argue with their girlfriends over which member is cutest, and learn the dance moves to, and it was those little girls from the early 90’s brought their kids to “The Mixtape Tour.” The audience on this night was predominately female and of all ages.  I saw one little girl with a shirt that said “Second Generation Blockhead.” Some even dressed up to relive the days when their biggest worry was if they should put a Joey poster or a Jordan poster in their locker

The stage was huge and open; there was no band on stage to take up valuable dancing room. There were two big screens at the back of the stage, and when a bird’s eye view camera switched on, it revealed on the big screens that the stage was actually made to look like a giant cassette type. The lights dimmed and New Kids on the Block took the stage in an epic fashion.  They rose from the center of the stage, standing in the classic boy band stance that they are famous for. The music started and the screams were so loud that it was almost deafening. Fans made up signs bearing the name of every member to accompany the screaming: Jordan, Joey, Donnie, Jonathan, and Danny. 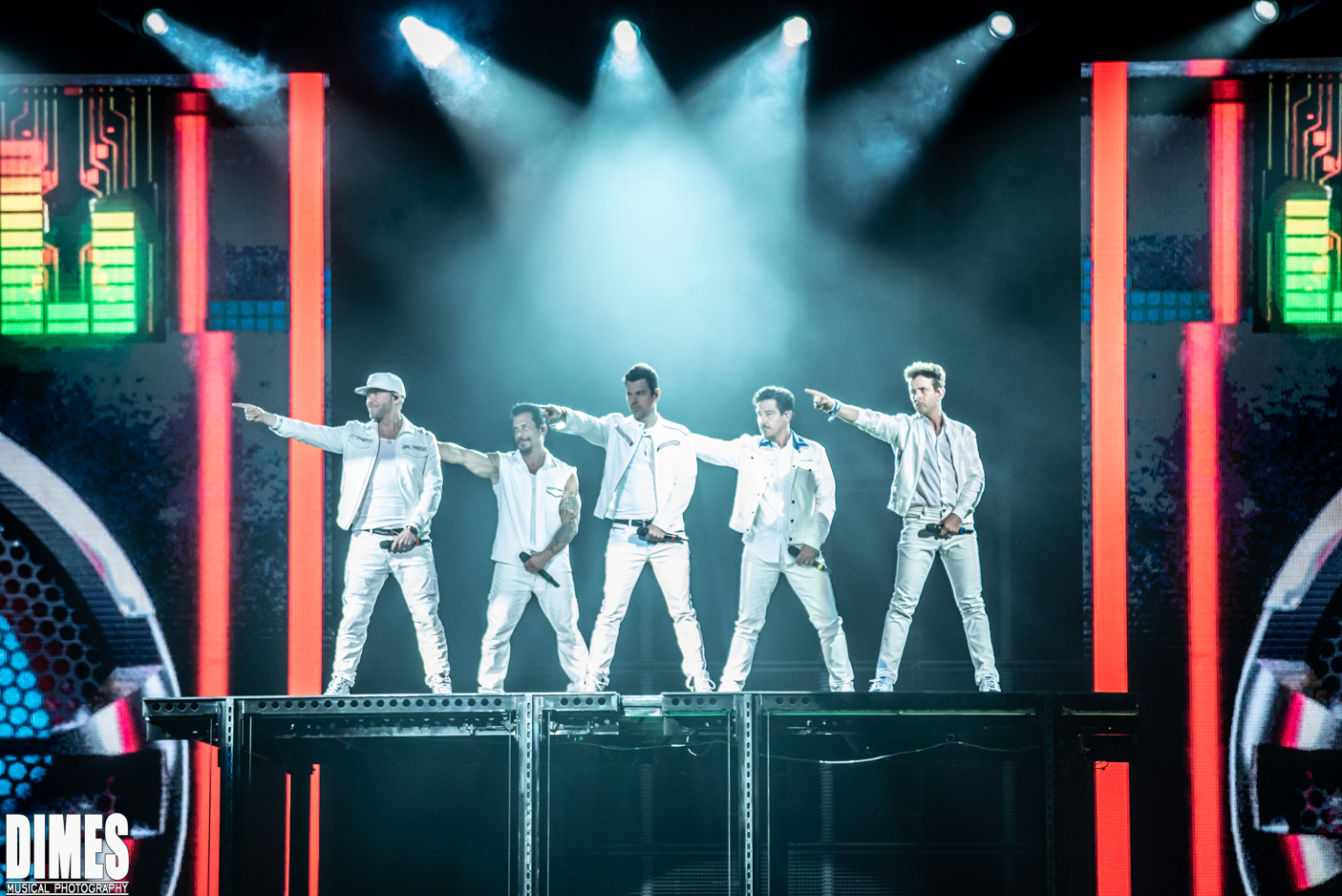 NKOTB started the show with two songs off their 1988 album Hangin’ Tough:  “The Way” and “My Favorite Girl.” The bird’s eye camera periodically showed us that these men can still dance in unison and the stage displayed the cassette tape with the title of the song they were singing and it actually looked like a mixtape. (Clever, I see what you did there The Mixtape Tour.) The entire Moda Center turned into a huge dance party, especially when the men started in with their very popular “You Got It (The Right Stuff)”

The people around me were screaming and singing, and…smiling. NKOTB know what their crowd wants to see, and they sing with their hearts.  They give the camera a smoldering look and wink to the deafening screams the crowd gives back. The guys made themselves available by walking down to the floor to shake hands and pose for quick selfies as they made their way to the small circular stage at the other end and sang an oldie “Games.” As they made their way through the crowd, audience members were screaming out their names:  “Donnie!! Donnie!!” OK…OK, that was mostly from my husband. The ladies who were standing next to my photographer husband likely thought he was dragged to the show, when in all actuality, he is the one with the most NKOTB cds in his car than I have in mine…and they have been their longer. 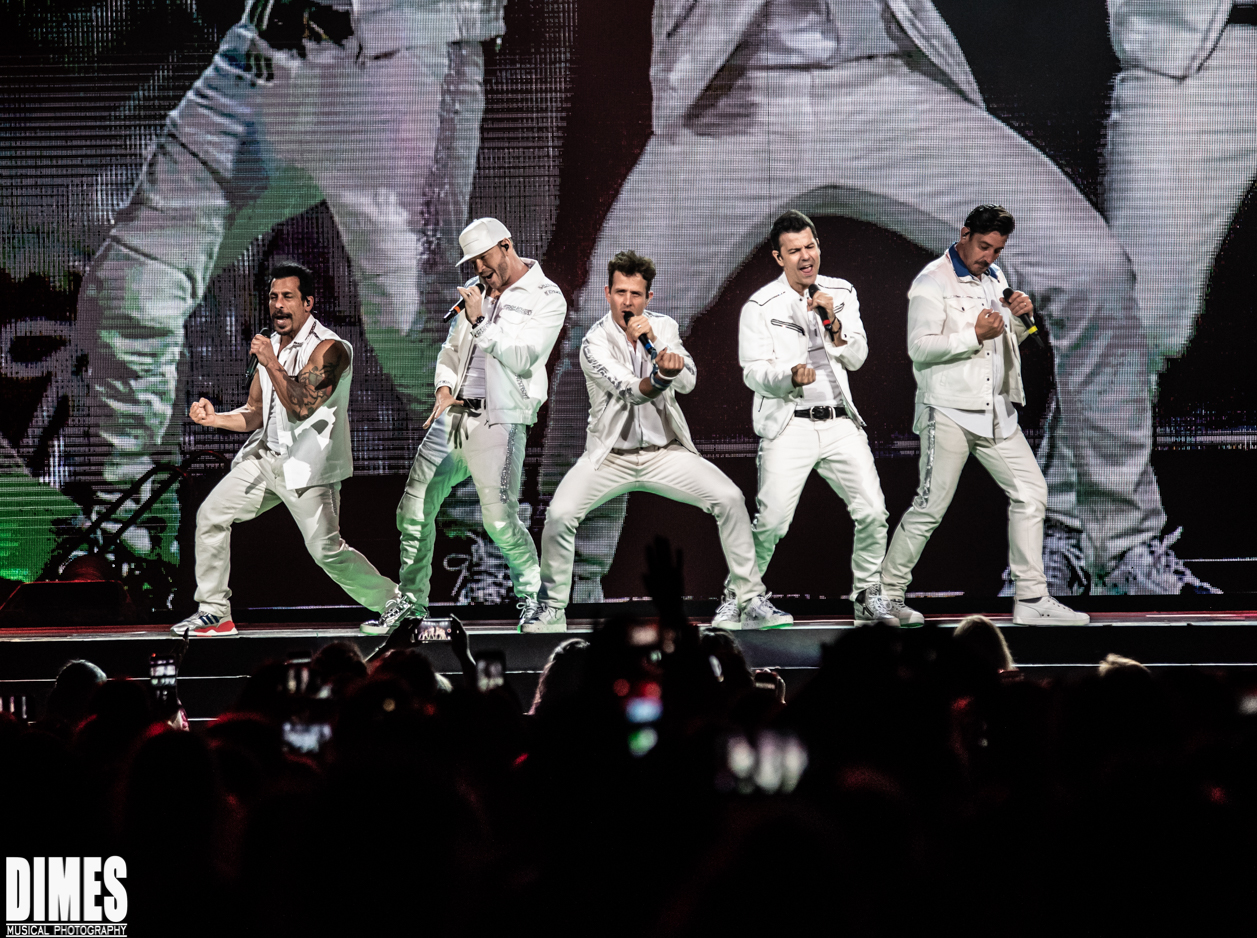 The lights dimmed and immediately all of the attention was moved to the main stage to witness Tiffany take the stage to sing a few songs. Tiffany, still looking beautiful and still singing her heart out, performed a few songs.  Quickly our attention was taken to the smaller circular stage as Debbie Gibson appeared.  Smiling ear to ear with a really cute neon plastic outfit, she comes out alone on that little stage, but fills the arena completely with her energy, excitement, and talent….and dance moves.

Back at the main stage NKOTB came back to serenade us with a melody mash up of “Didn’t I (Blow Your Mind This Time),” “Valentine Girl,” and “If You Go Away.” Joey displayed so much emotion as he sang, “Please Don’t Go Girl,” while Jordan, Donnie, Jonathan, and Danny gave amazing support and harmony. The audience responds back in kind with applause and praise.

The guys exited the stage and the big screen in the back split as Salt and Peppa took the stage. These ladies…every time I see them, I like them more and more. I loved their music back in the day, and I still do now. With music has withstood the test of time, these ladies really do know how to command the stage. Complete with their fit male dancers, both Salt and Peppa put on a great set.

NKOTB returned to the to give us a few newer songs, including the fun “Boys in the Band (Boy Band Anthem),” while the music video for the song plays behind them. This song pays homage to all the boy bands, past and present, as far back as the 1970s.

They continued to play the songs we love, “Girls Just Want to have Fun” and “I Wanna Dance With Somebody,” to keep us dancing, but in reality…we never stopped.

The party continued while the New Jersey men from Naughty By Nature took the main stage. Their presence was short, but it was a great performance.  Interestingly, the show continued with small sets from Tiffany, Debbie Gibson, and Salt and Peppa, with a highlight of Joey singing a beautiful duet with Debbie Gibson on her song “Lost in Your Eyes.” Complimenting each other beautifully, the crowd was actually quiet, taking in every beautiful note and word.  The stage cleared and NKOTB came back out (all in their Boston Bruins Jerseys) and gave a sincere thank you to their fans.  They gave a special nod to Tiffany, stating that it was she who gave NKOTB their big break. Their love and admiration for Tiffany was obvious and sweet.  They continued the night with “Hangin’ Tough” before Tiffany, Debbie Gibson, Salt and Peppa, and the guys from Naughty by Nature joined them, and they all performed “80s Baby.” 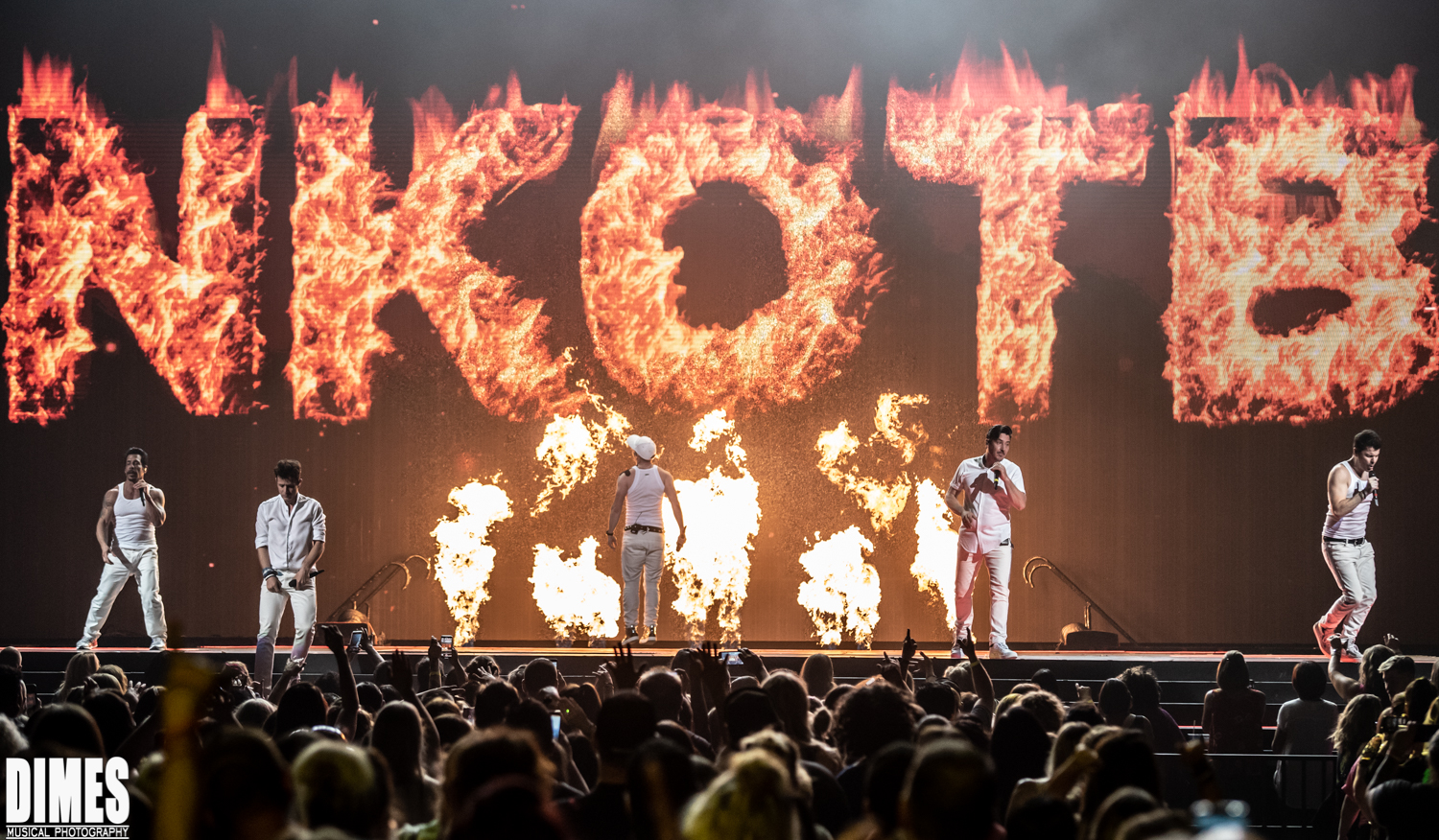 It was definitely one of the best, fun filled, packed show that I have been to in a long time. This tour provides a perfect mix of dance, singing along, emotions, fire, confetti, dance movies, lights, and the best music from the generation that just wanted to have a good time. 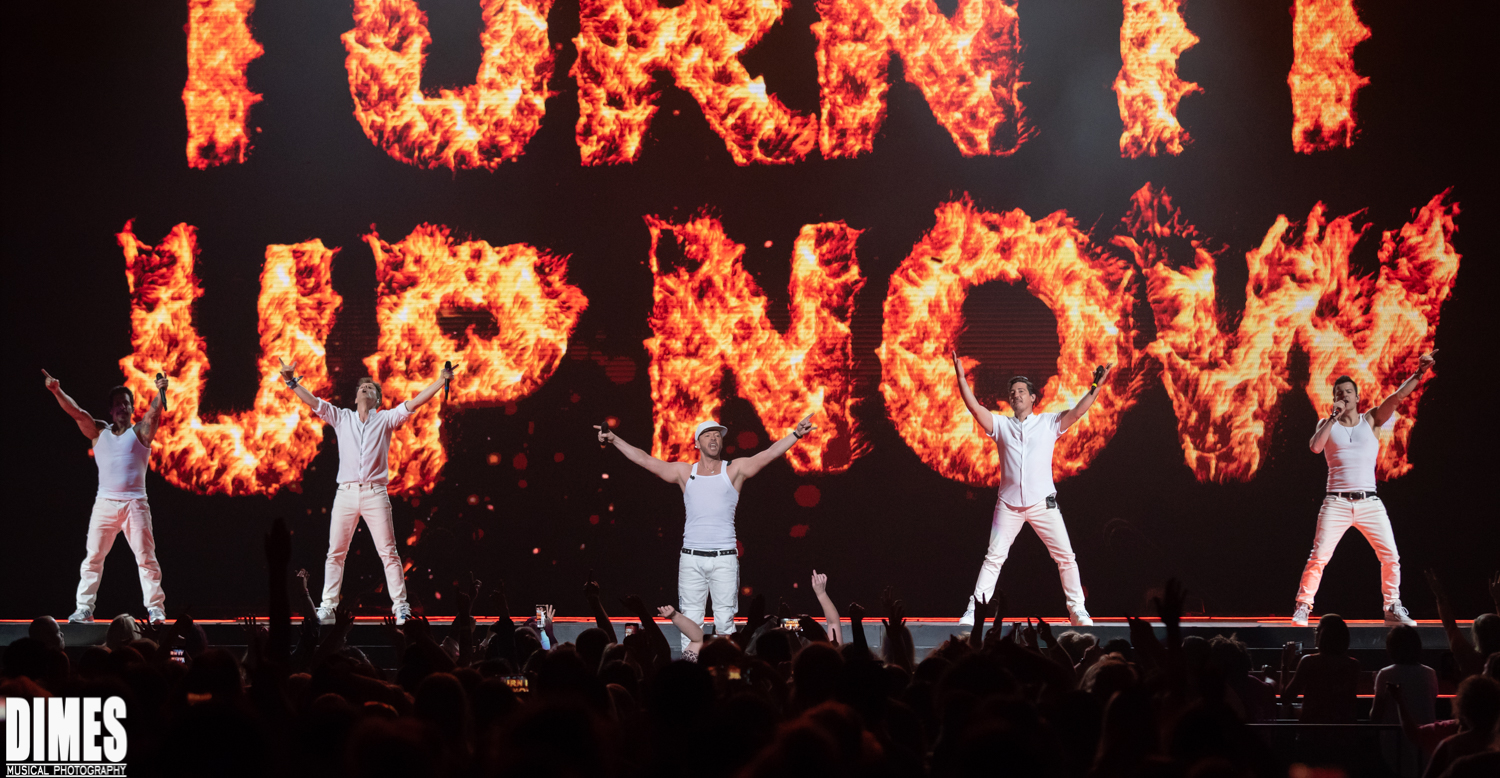 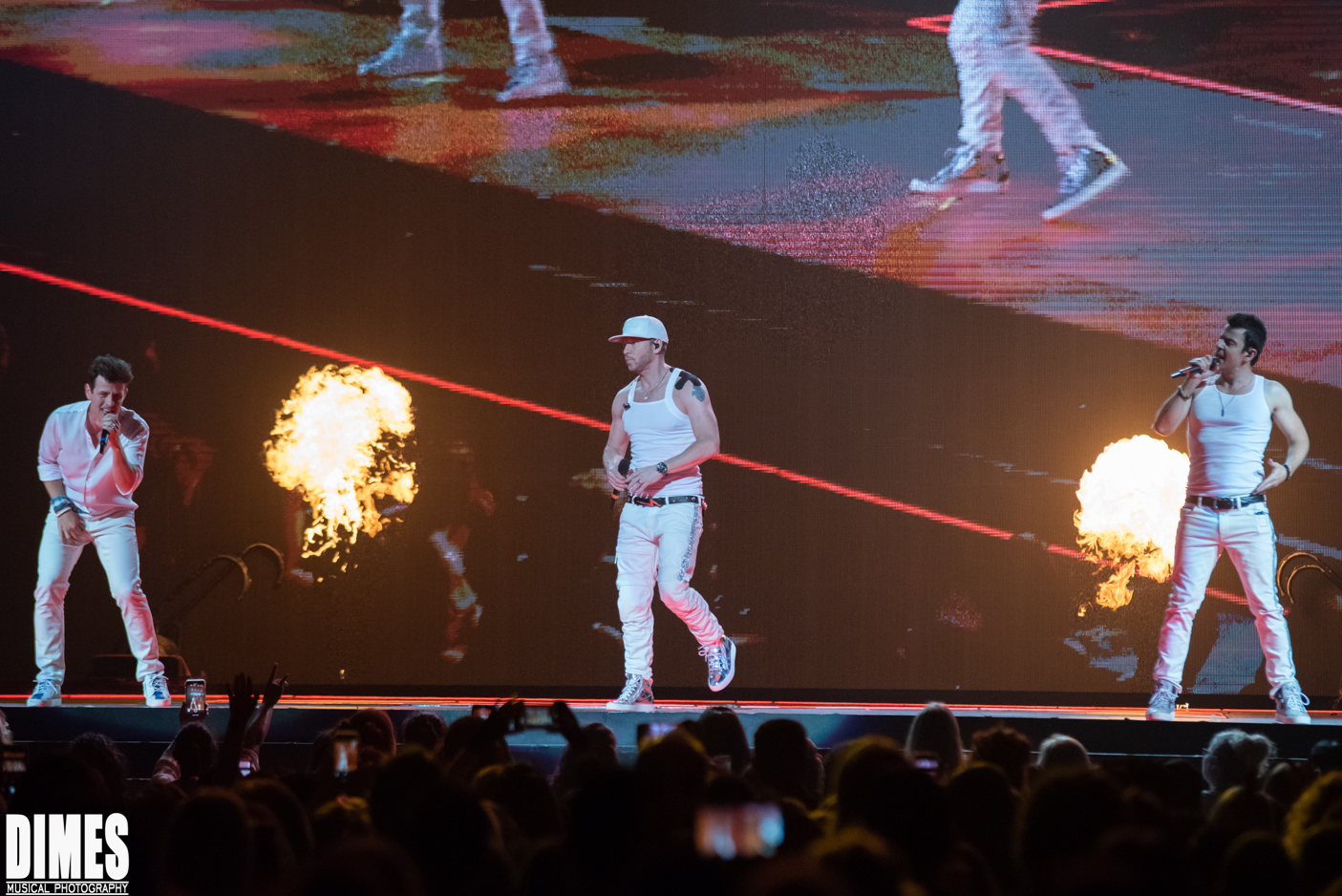 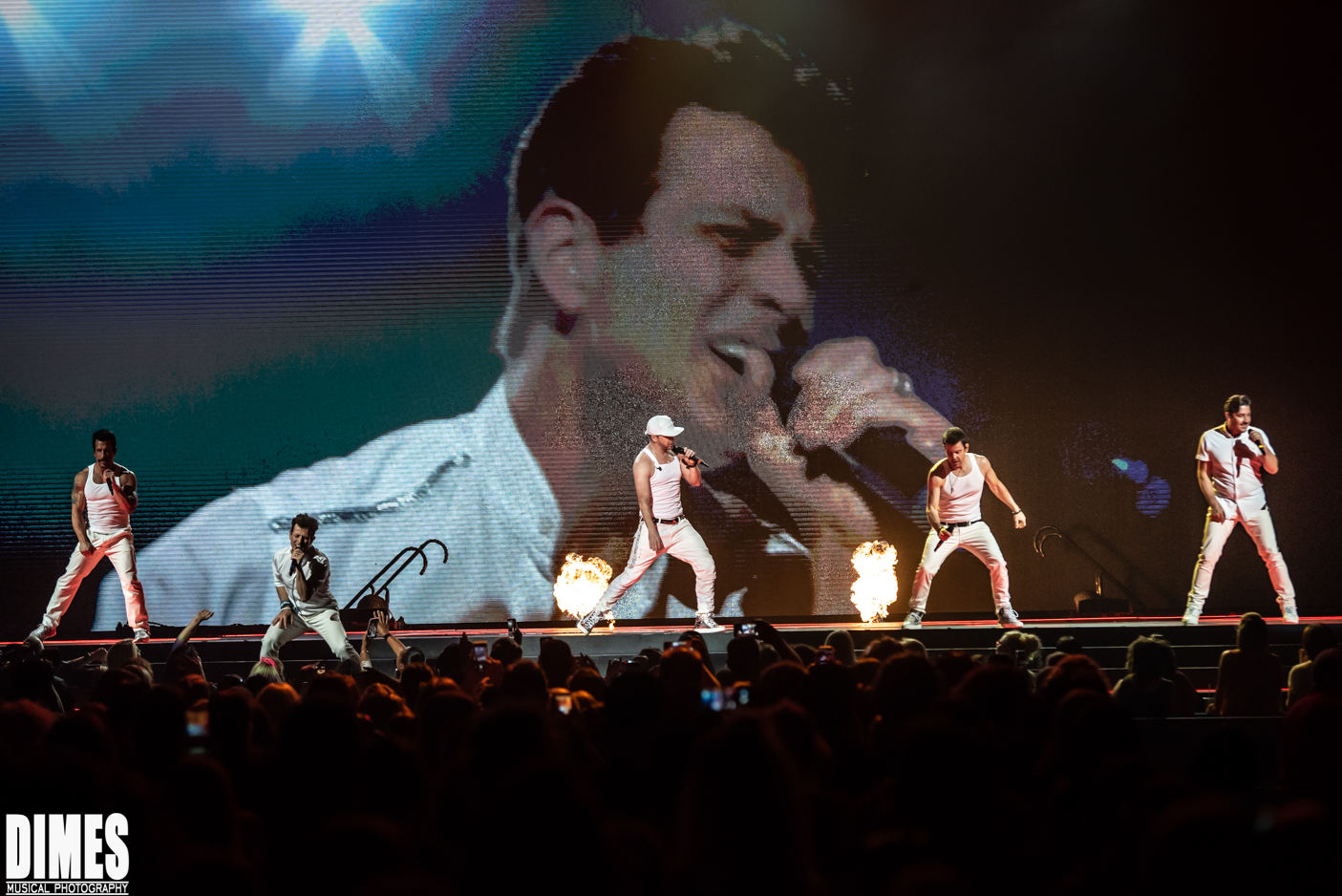 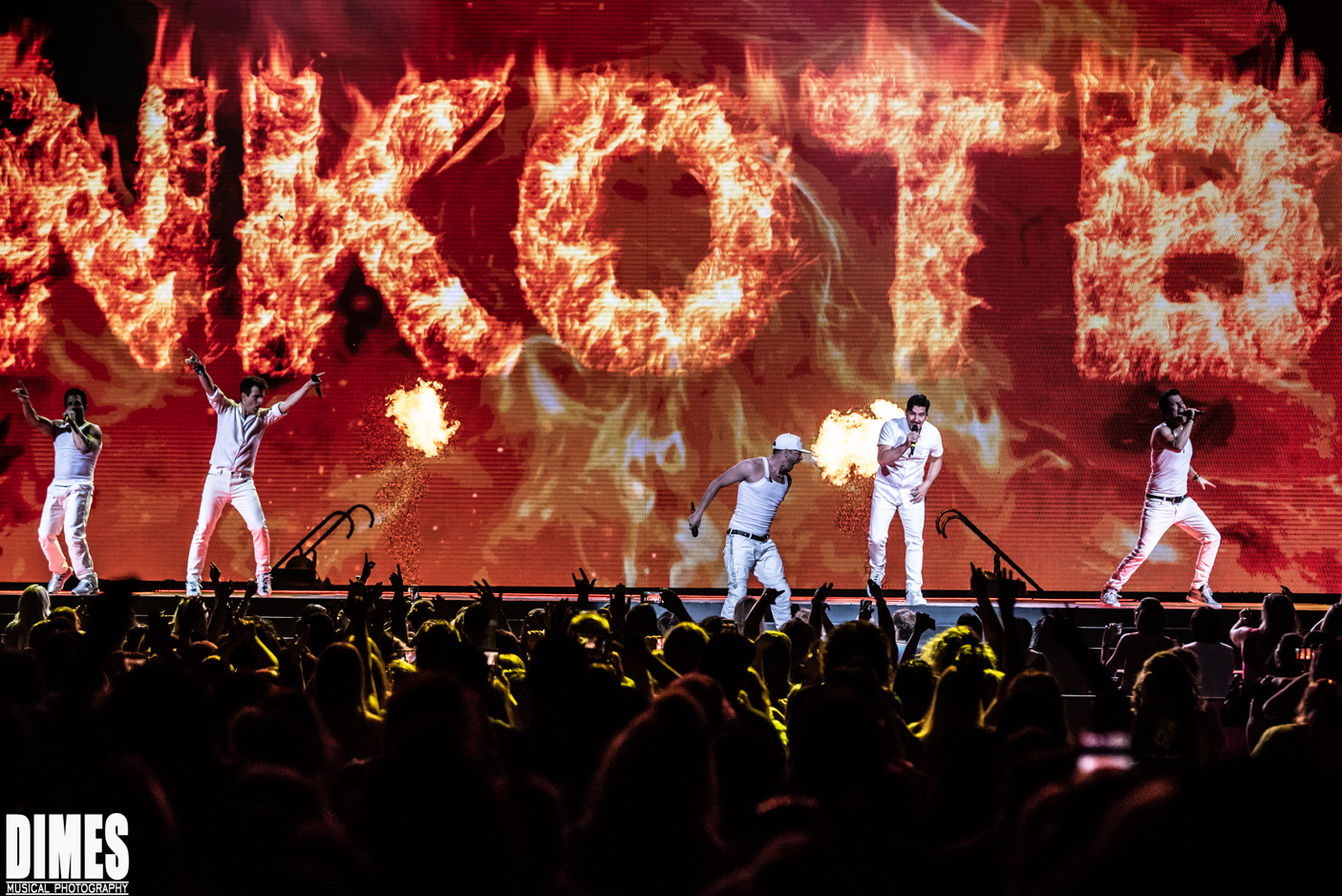 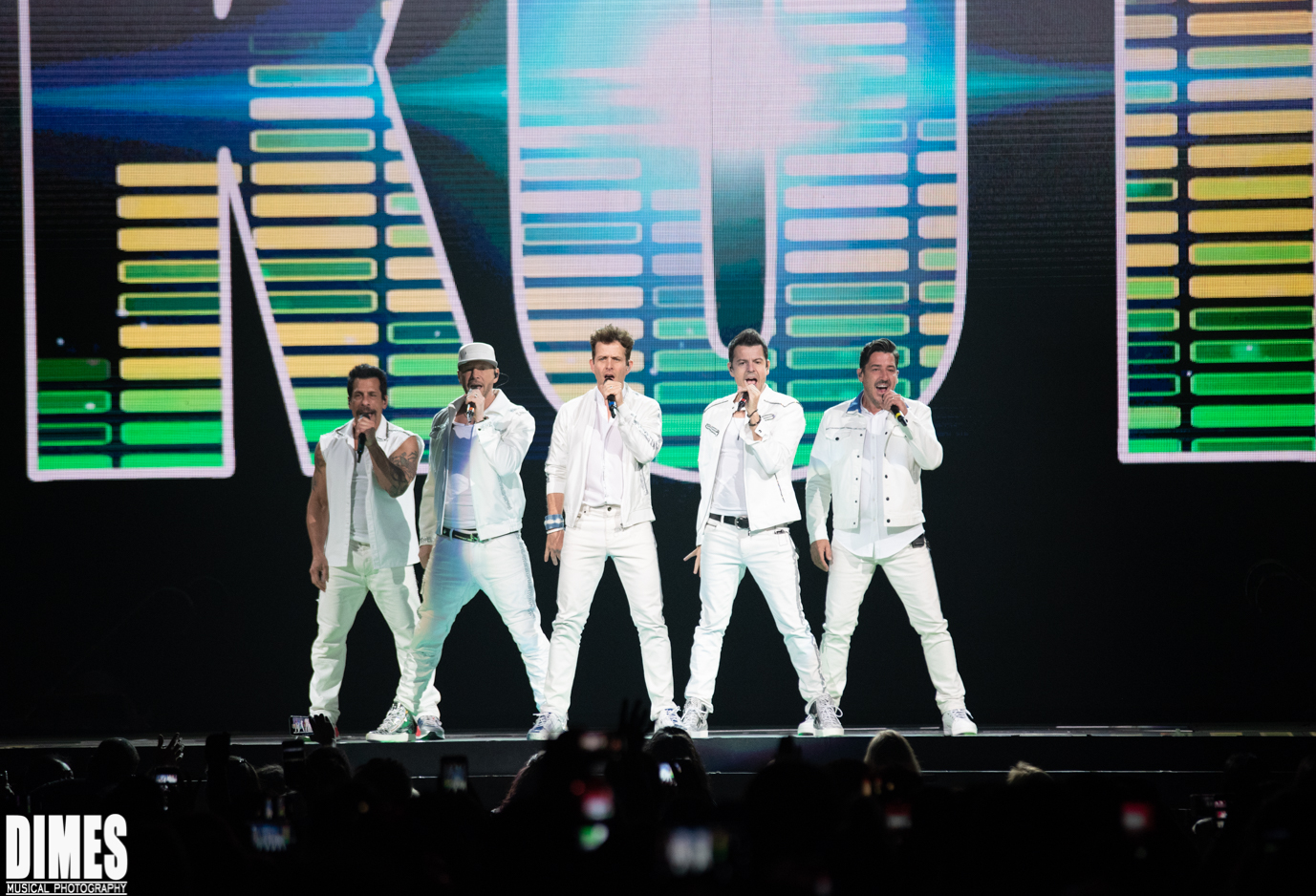 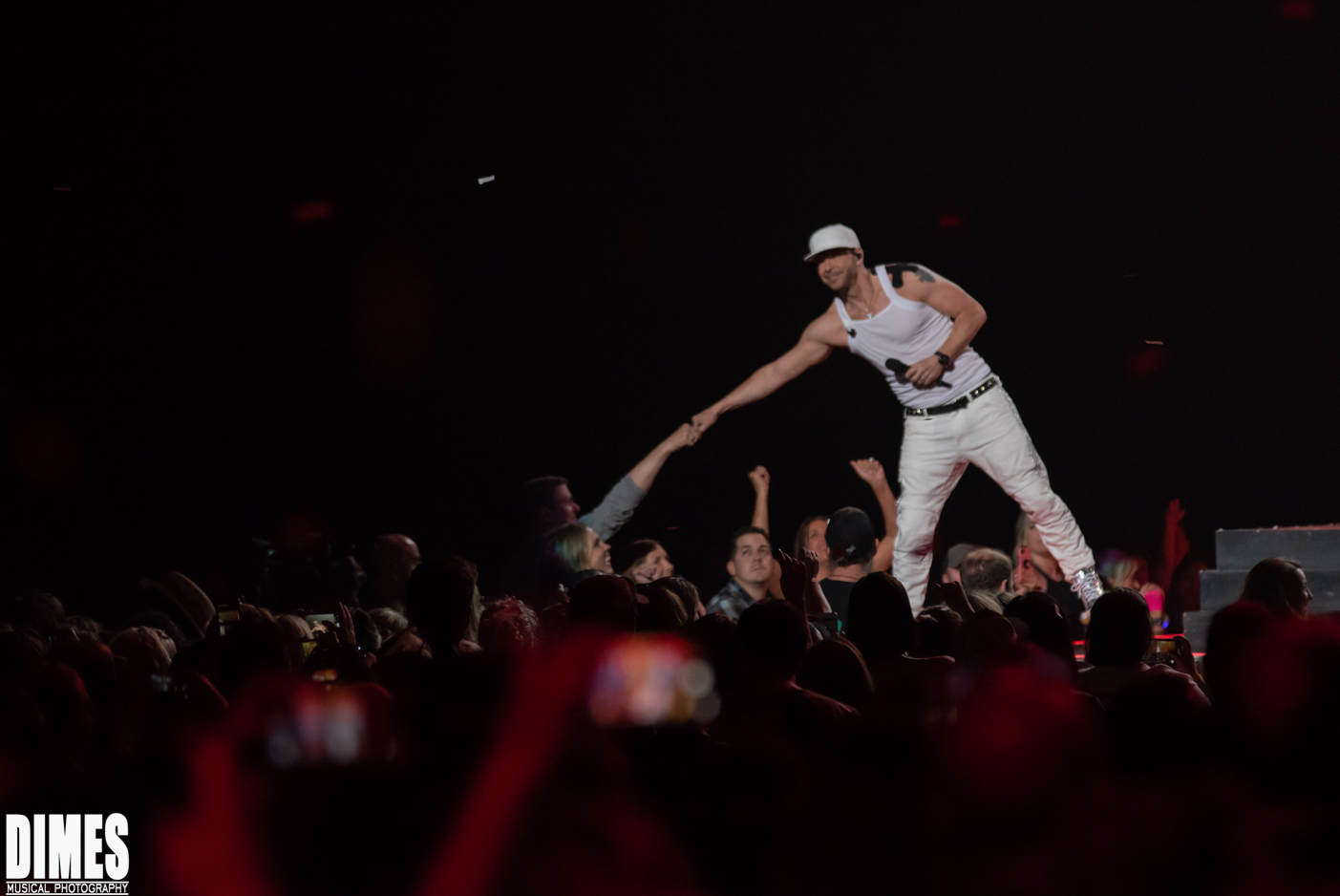 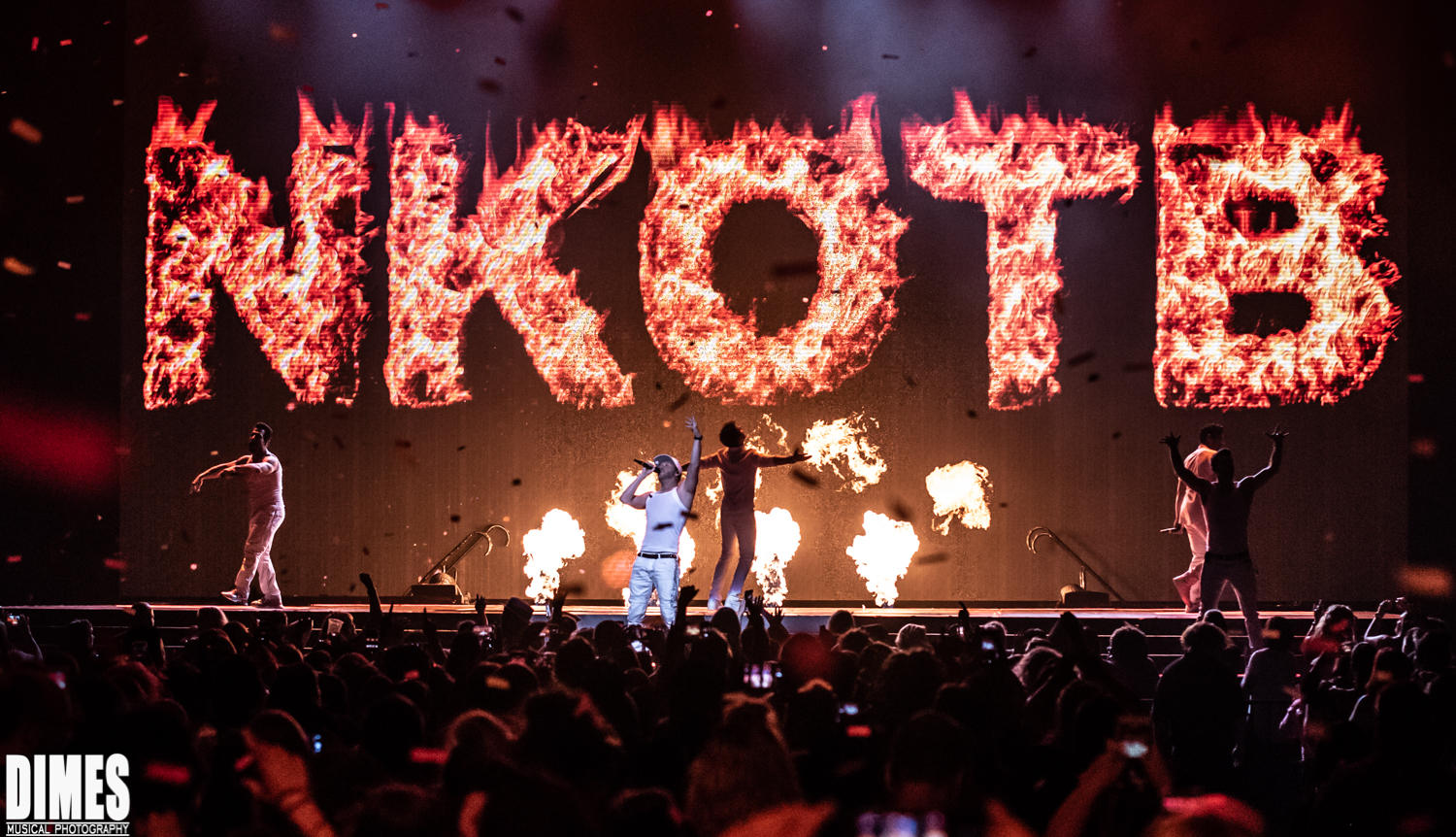 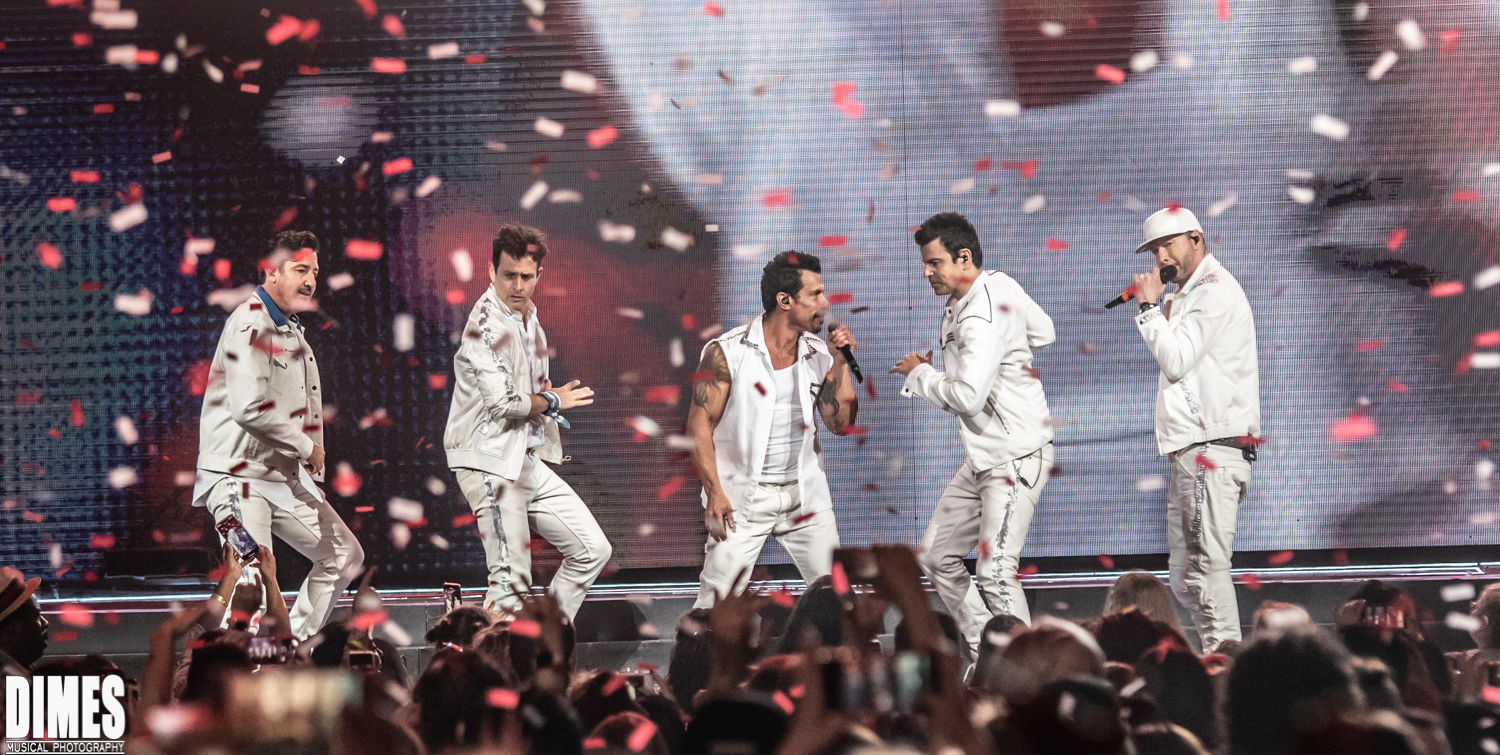 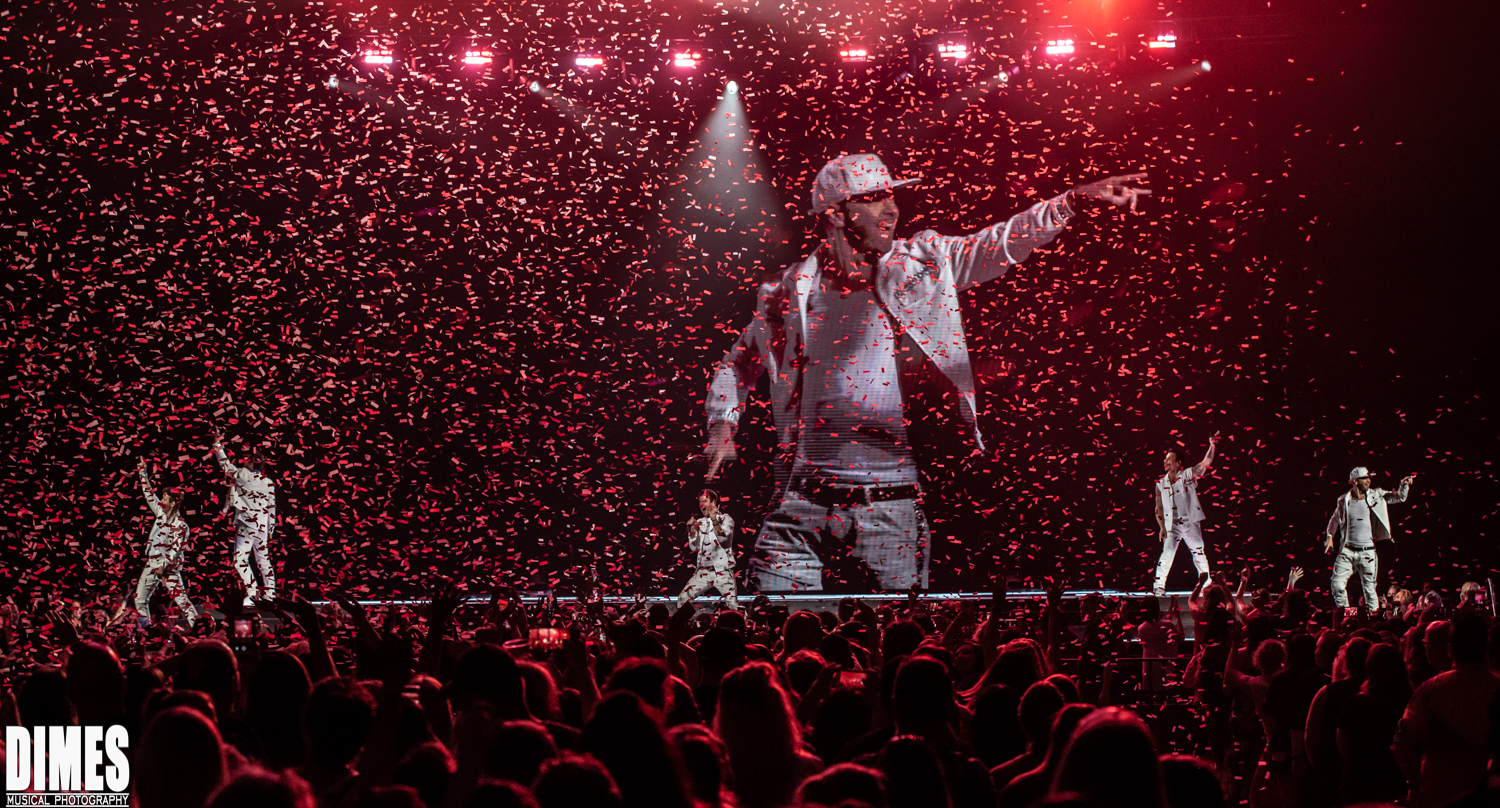 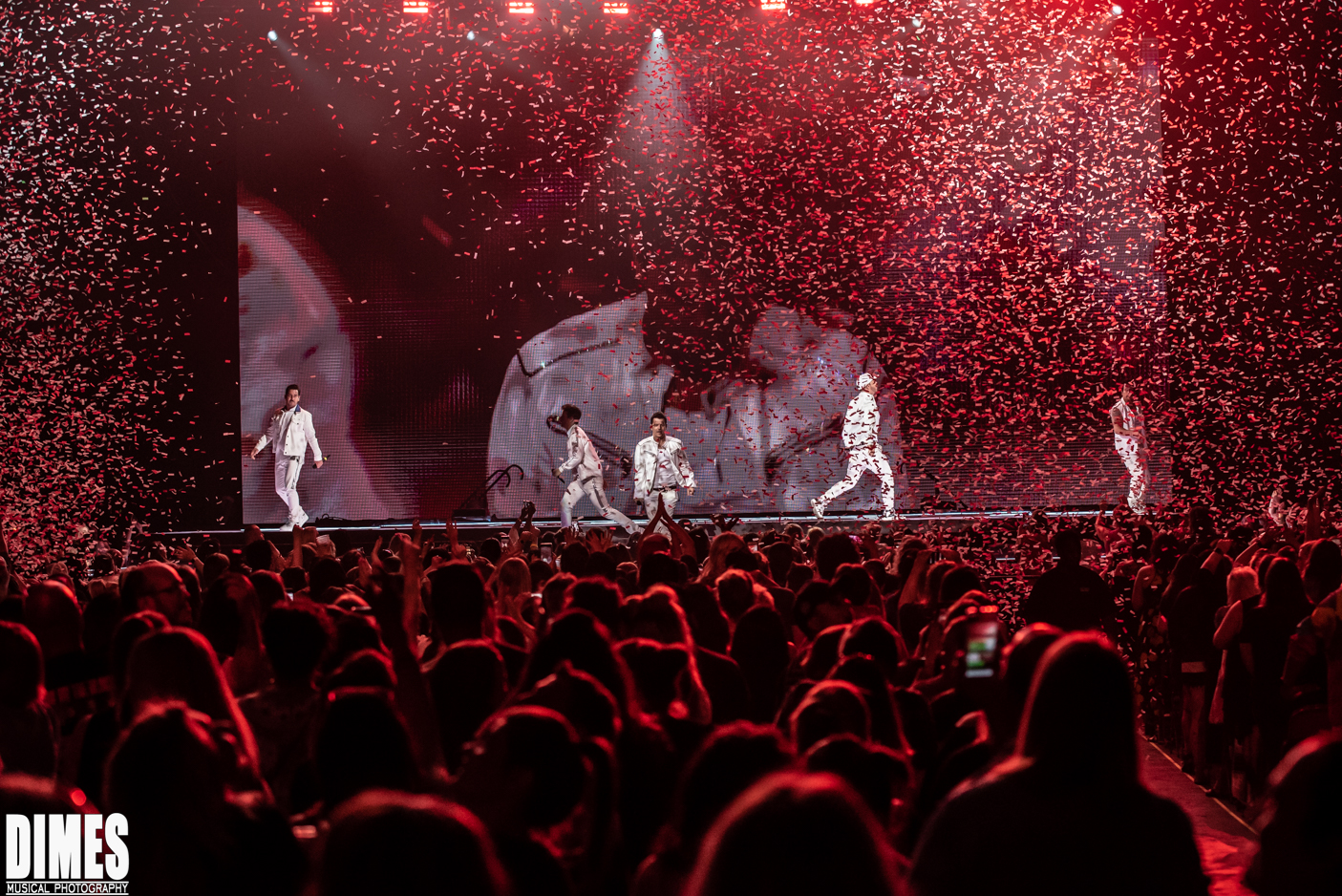 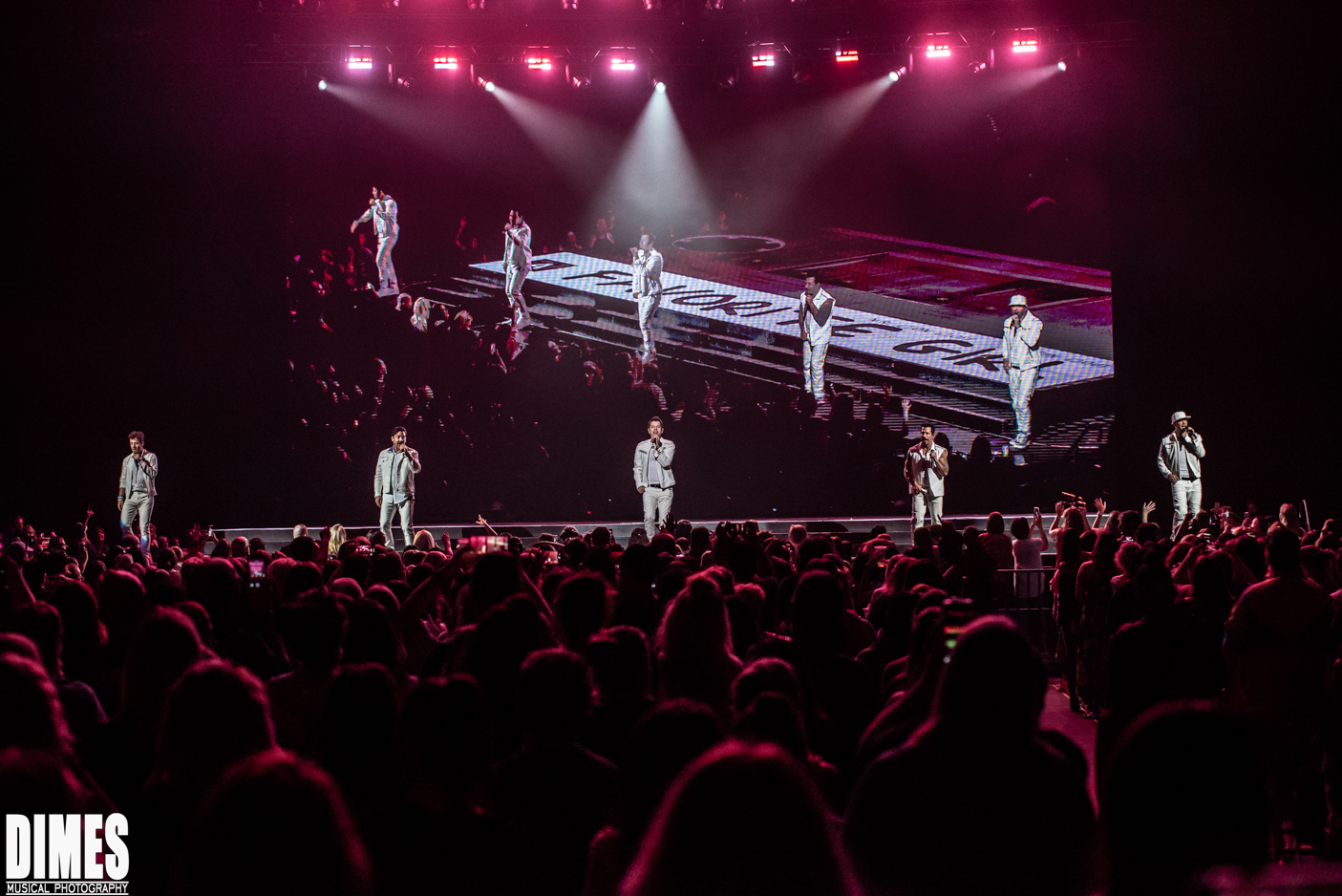 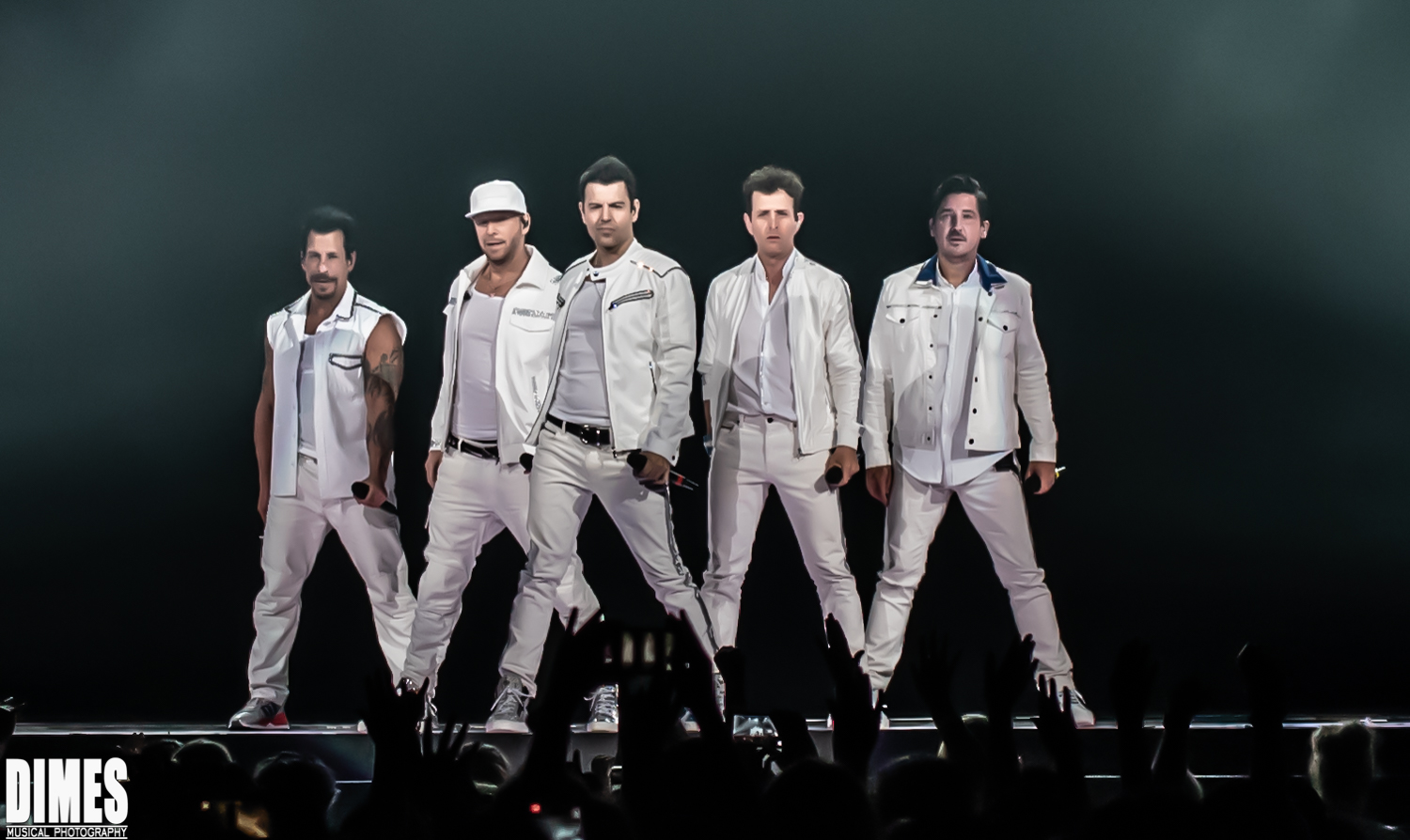