Few shows are as nostalgic as Judas Priest and Uriah Heap.  I remember being barely a teen and hearing “Green Manalishi (With the Two-Pronged Crown)” for the first time, standing in the laundry room of my childhood home.  That was a defining moment for me, and helped to define my life-long love affair with metal.  Back in the 1980s, seeing Judas Priest was an epic experience.  You waited in line all day (and sometimes night) to just buy your ticket.  Then you waited in line all day (and sometimes all night) to be first in line.  You hung out with your friends (picture Heavy Metal Parking Lot, circa 1986), and as soon as the doors opened, you full out ran to the front to get as close as you could…and you witnessed the spectacular entity that is Judas Priest.  You talked about it for weeks, and the shirt you purchased became a badge of honor.

Still epic, this night brought me back to a time when life was simpler and I had just discovered metal.

Up first was Uriah Heap.  I had never seen them before and was interested to see how a band with 50 years under their belt would sound and perform; they were spectacular.  Mick Box, and his wiggly fingers, as if to shoot magic from the tips into the guitar, was fantastic to watch.  His skill and coolness are rare and was an absolute privilege to witness.  I was most familiar with the older stuff, but the tracks from their newest album, “Living the Dream” were technically great.  Keyboardist Phil Lanzon performed with the intensity of a mad scientist, thrashing back and forth with vigor and skill.  “Gypsy,” “Sunrise,” and “Easy Livin,” were my favorites, likely because they were the familiar.  At over 72 years old, Box is a pioneer, an incredibly skilled musician, and an all-out rock star.

A relatively quick set change, conversations all around about our Judas Priest pedigrees and who has known or seen them the longest, and Black Sabbath’s “War Pigs” swirled around the arena at a noticeably louder volume than the mundane and common filler music between sets.  The crowd sang the beloved Black Sabbath song in unison, and people ran for their seats. 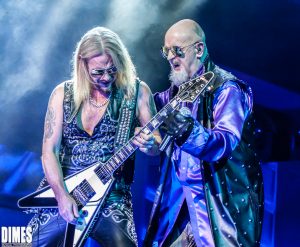 Clad in a purple majestic robe among dramatic stage lighting, fog, and screams from the crowd, Rob Halford sauntered onto the stage.

I know its old news, but in years past the absence of the beloved K. K. Downing (quit), and Glenn Tipton (illness), was a shock.  It was honorably less obvious on this tour.  Last year’s tour brought out Glenn Tipton to play one or two of the classic songs with the newer guitarists taking a bit of a backseat, allowing him to shine.  This year didn’t allow us to give our love to Glenn Tipton except through a video projected behind the band from time to time.  Looking seasoned, and where he should be, Richie Faulkner, did a fantastic job not “as” K. K. Downing, but respectfully as his own character and solid member of Judas Priest.  He was charismatic, technically great, and very fun to watch.  Most notably, he had the most interaction with the crowd, sticking his tongue out, posing in classic rock and roll guitar stance, raising his guitar high in the air, and pointing and engaging with each and every fan it seemed.  Filling in for Glenn Tipton was the Grammy nominated Andy Sneap.  A, songwriter in his own right, sound engineer, record producer, and guitarist, this seasoned music producer convincingly took the coveted stage left position and killed it!  Dressed in classic Judas Priest black leather and studs, Sneap and Faulkner did not emulate the classic duo, they made it their own without deviating from the classic sound. 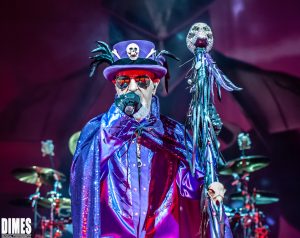 With the new duo in place, and Ian Hill on bass and Scott Travis on drums, the powerful foundation for Mr. Halford was set.  Through a multitude of rad costume changes, Halford hit the high notes, and pranced back and forth across the stage like a caged animal.  He looked like he still loves what he does, and the crowd responded in kind.

“Necromancer” was first up, followed by the classic “Heading Out to the Highway,” which received screams of fan familiarity.  “The Sentinel,” and “Spectre” followed,  with fan favorites “[Take These] Chains,” and the  treasured “Judas Rising.”  While the newer songs were not as well known as the classics, the style and talent of their songwriting makes unfamiliar songs seem familiar.  Still not reaching the halfway mark, “Out in the Cold,” and “Traitors Gate” were next, followed by shrieks of happiness upon hearing the opening bars for “Starbreaker,” and “Steeler.”  The mighty “Halls of Valhalla,” “Tyrant,” “No Surrender,” and the show stopper, “Victim of Changes” came next.  “All Guns Blazing,” had the crowd up on their feet, and then the beloved trifecta of “Hell Bent for Leather,” “Breaking the Law,” and “Living After Midnight” made even the shyest, most reserved attendee fist pump and head bang.  Dads took their sons, beer spilled on the back of our seats, and those of us in our 50s felt silent pride knowing there was a new generation of metal heads who were just discovering our beloved Priest.

Rob Halford is the epitome of a rock God.  He sat on the side of a monitor box and talked to the crowd, thanking all of us for our years of support and dedication.  He talked of the experiences he’s had in our town over the past decades, and allowed us to get a glimpse into his personality besides just singing.

Still relevant.  Still making good music.  Judas Priest can go on as long as they want to because we will keep coming, and keep talking to the younger generation about the foundation of metal, the pioneers of the genre, and the real rock Gods of our time. 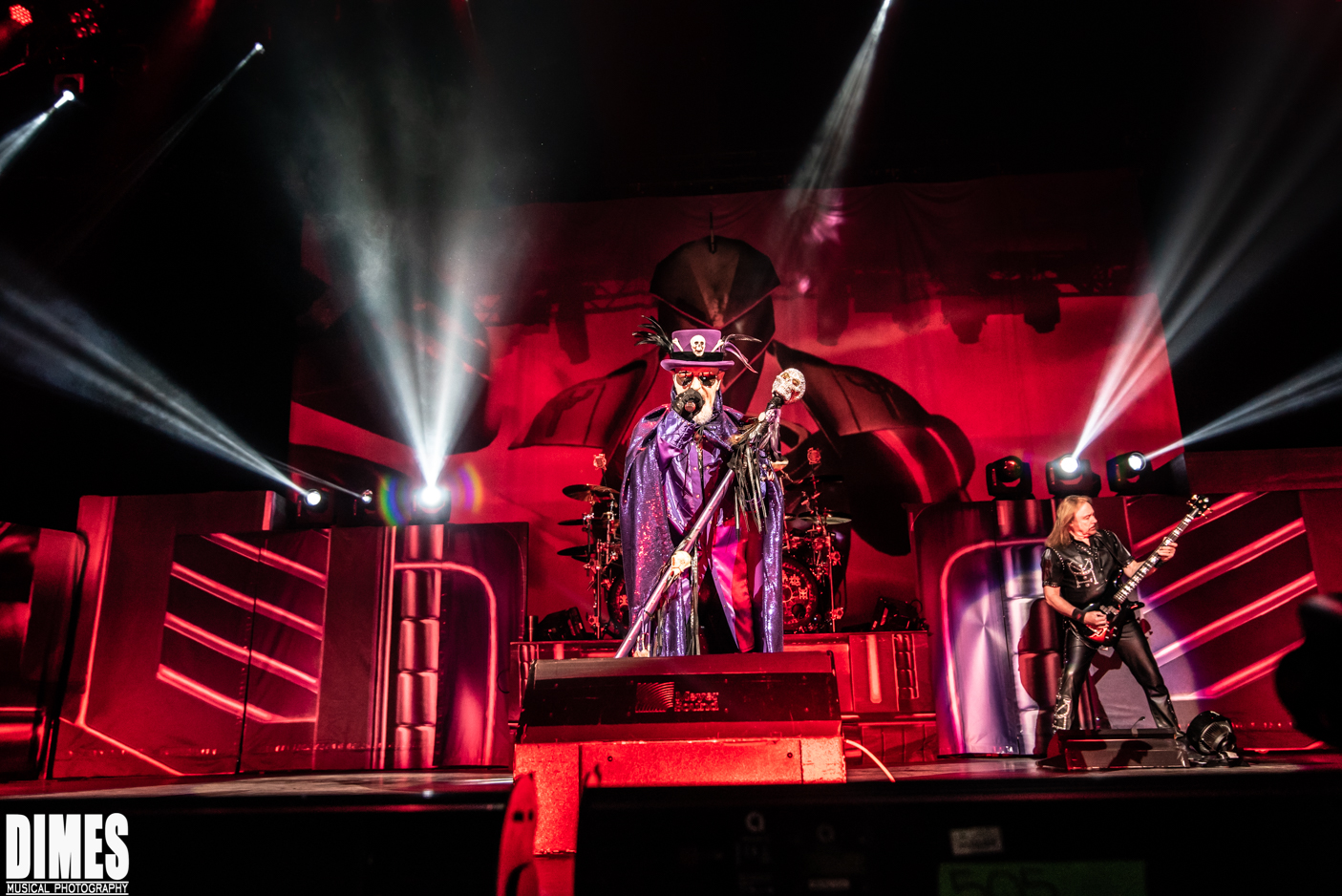 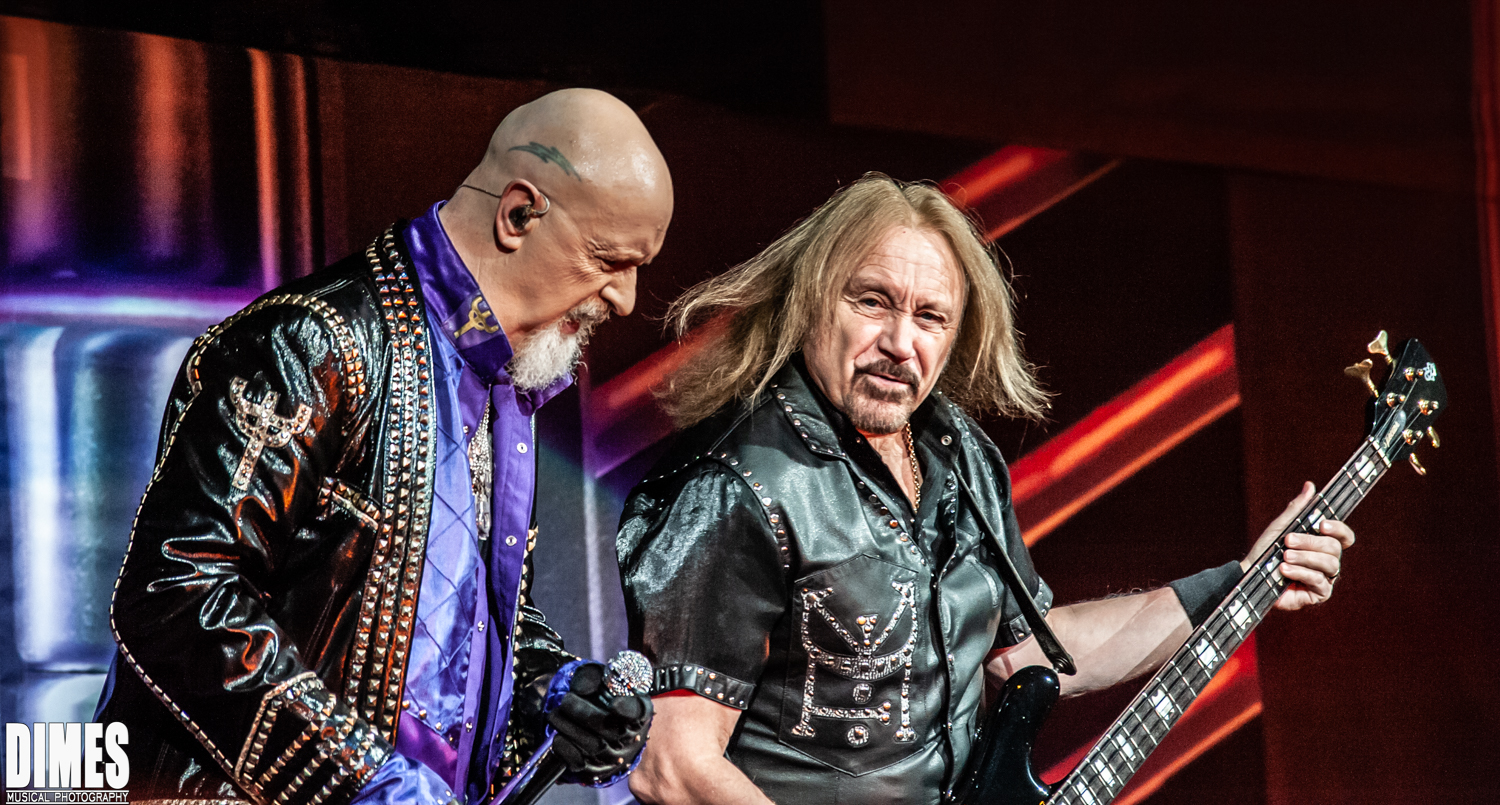 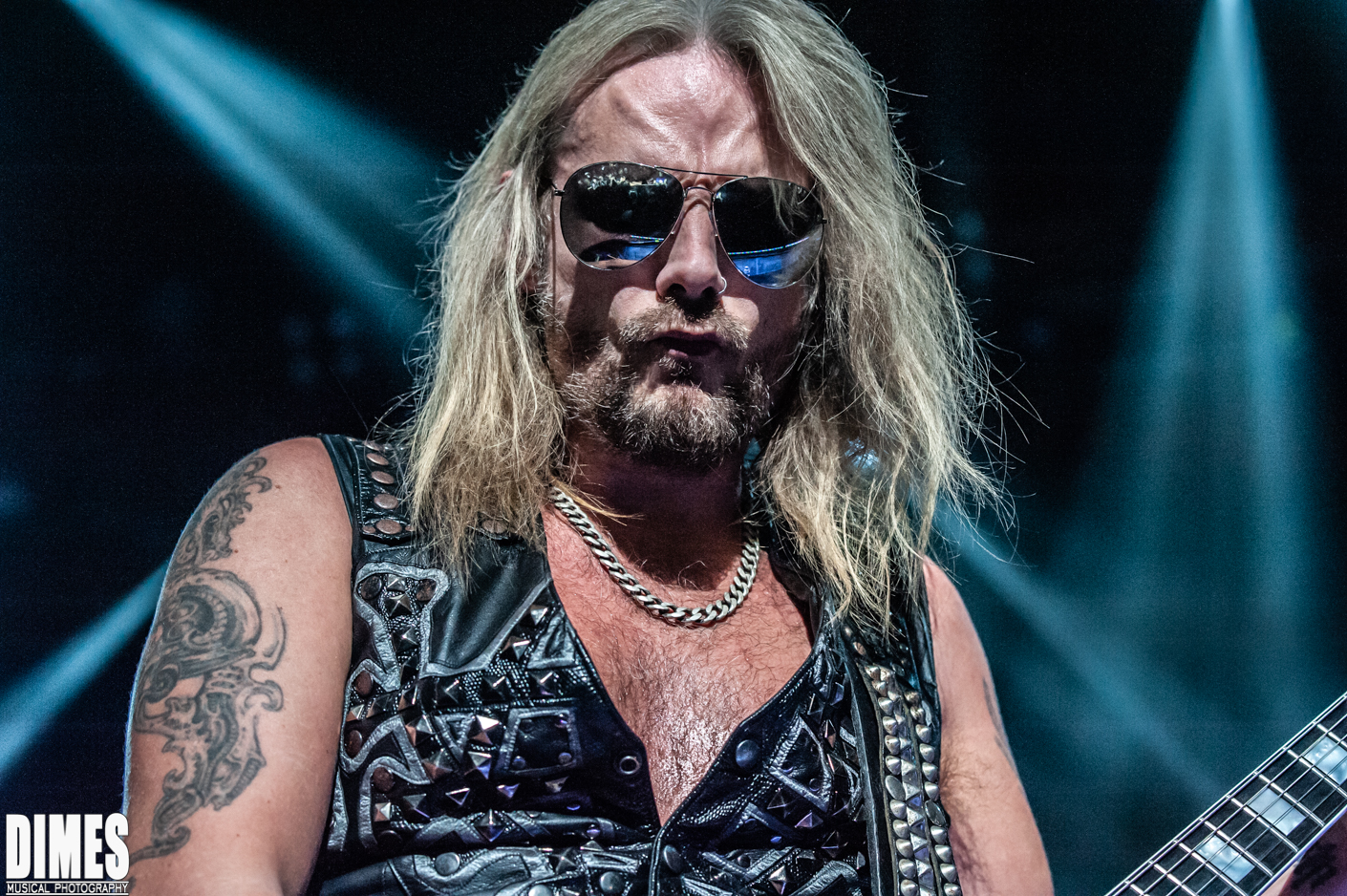 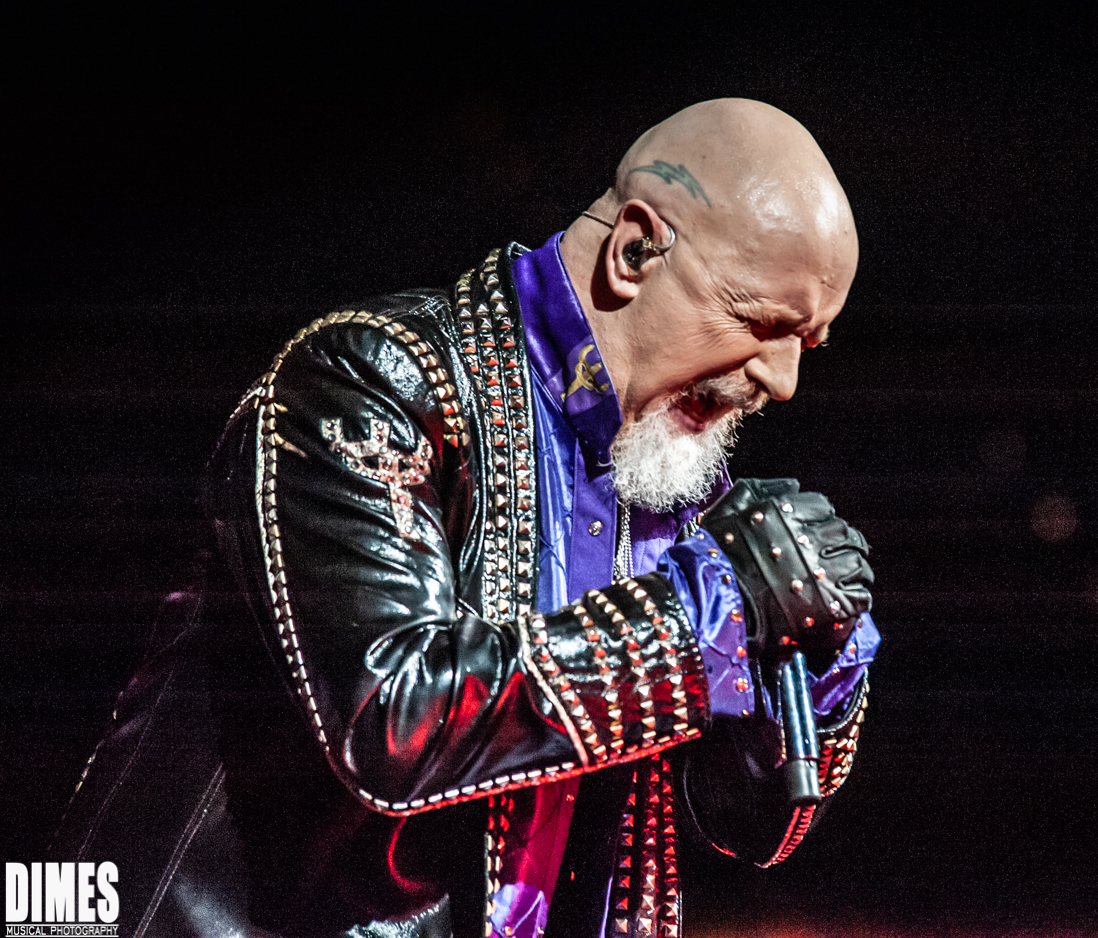 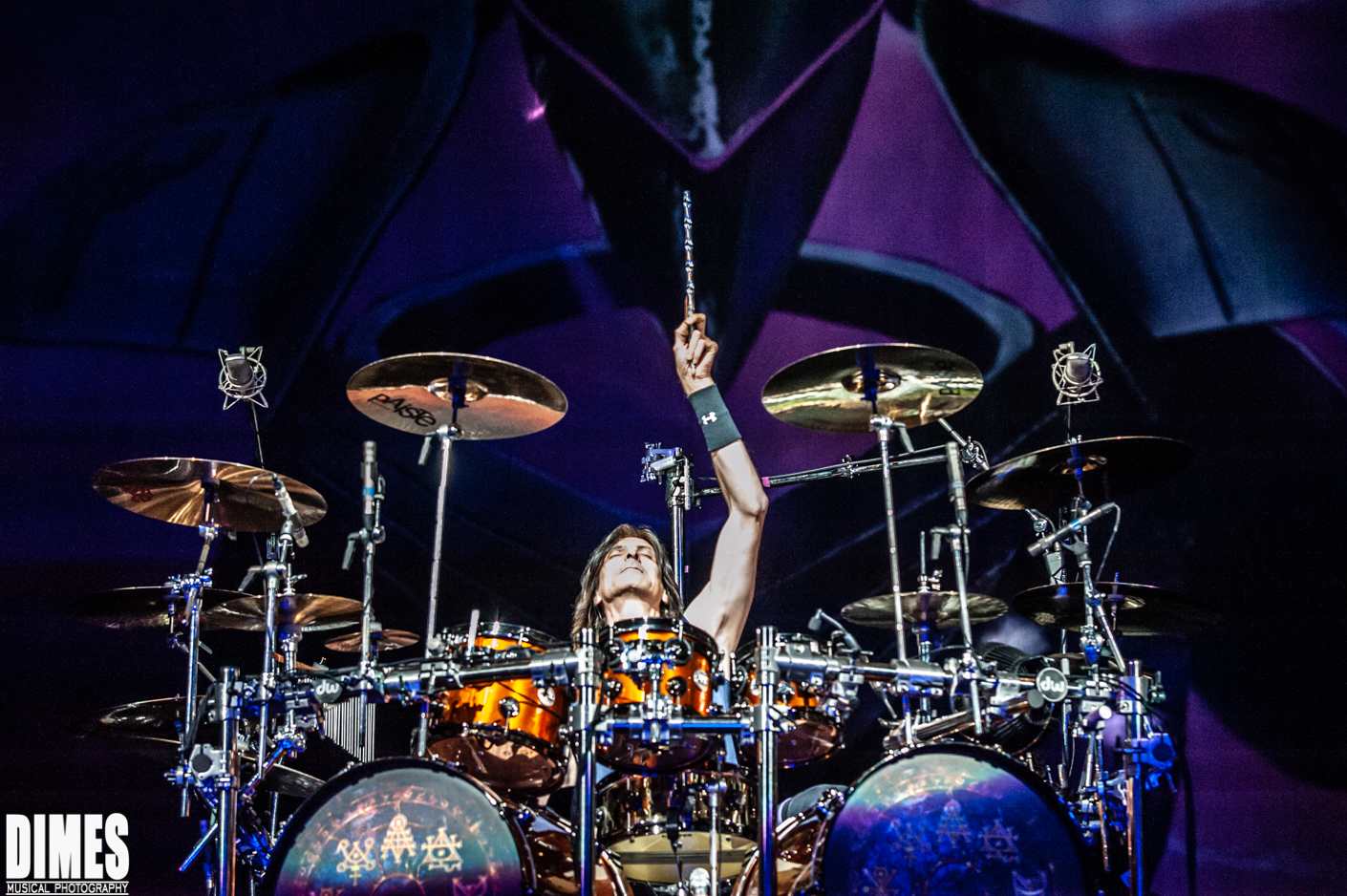 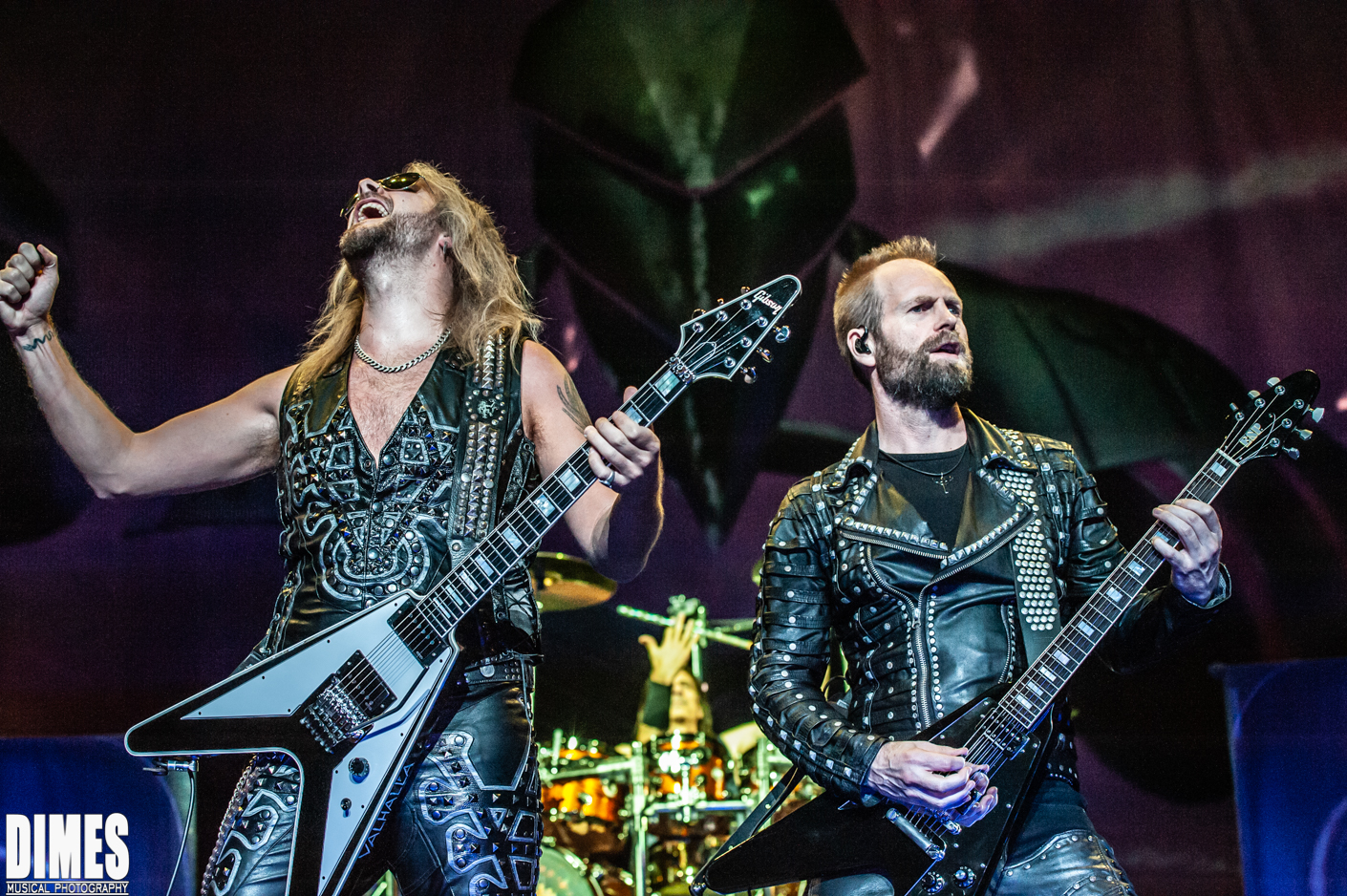 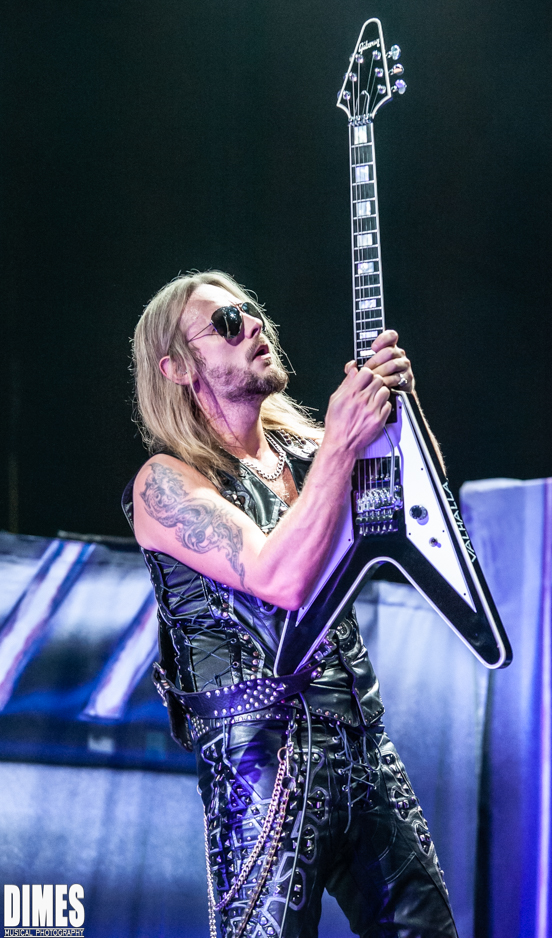 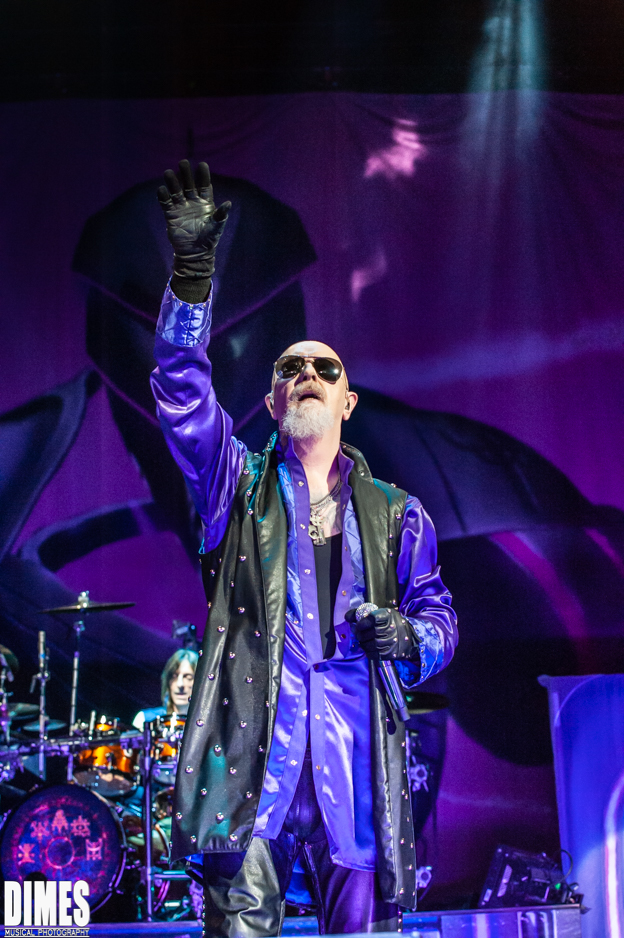 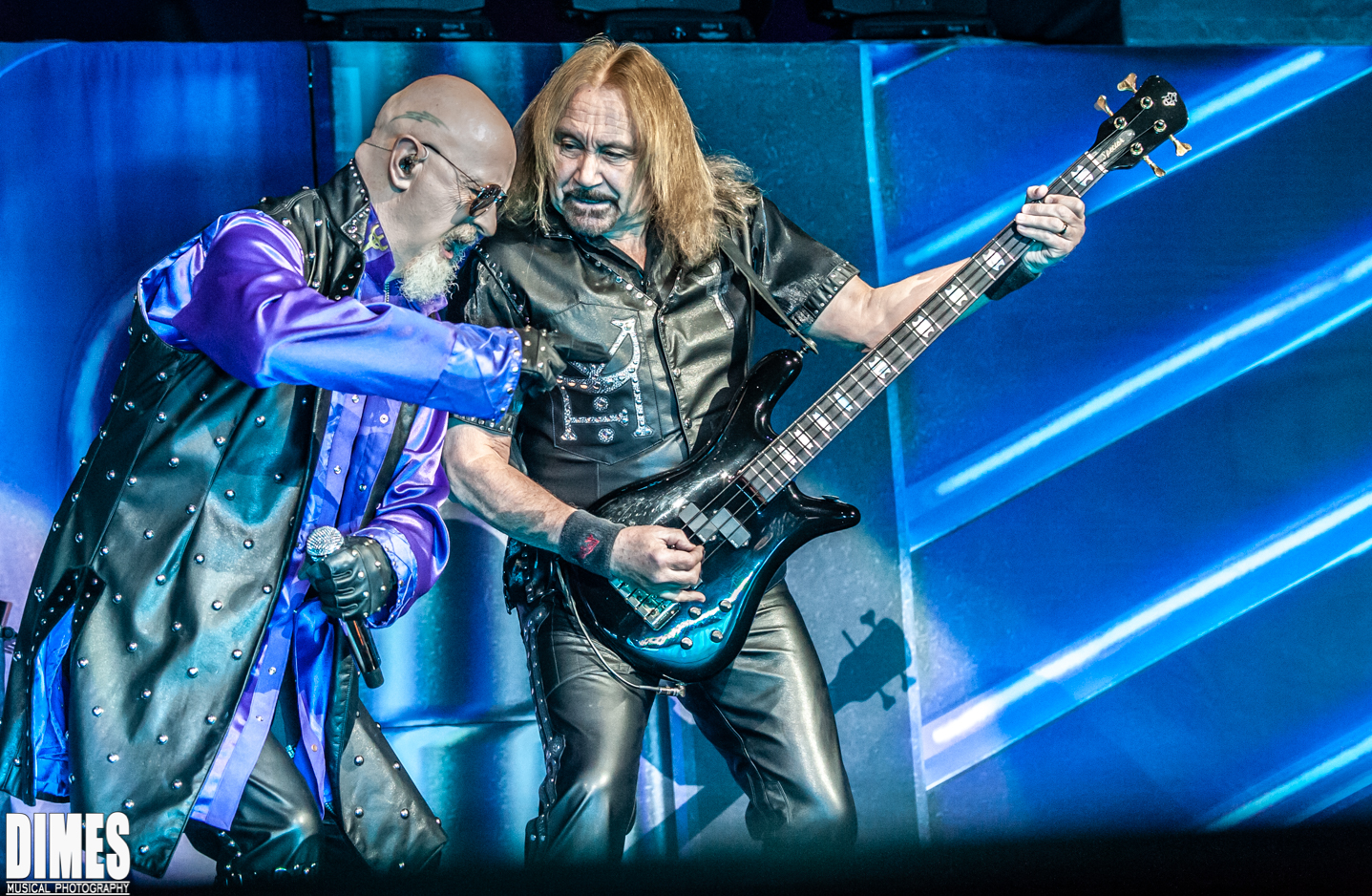 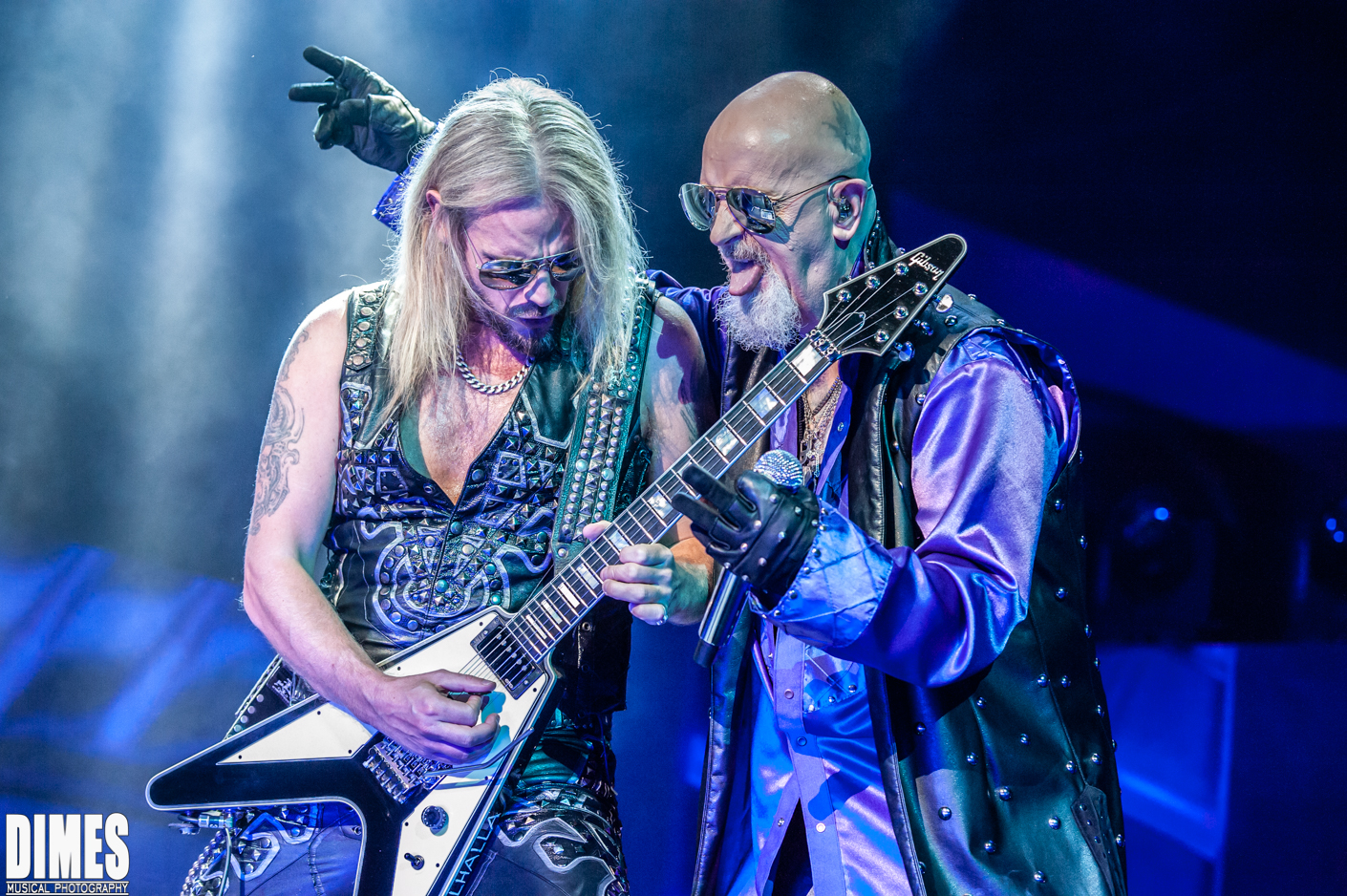 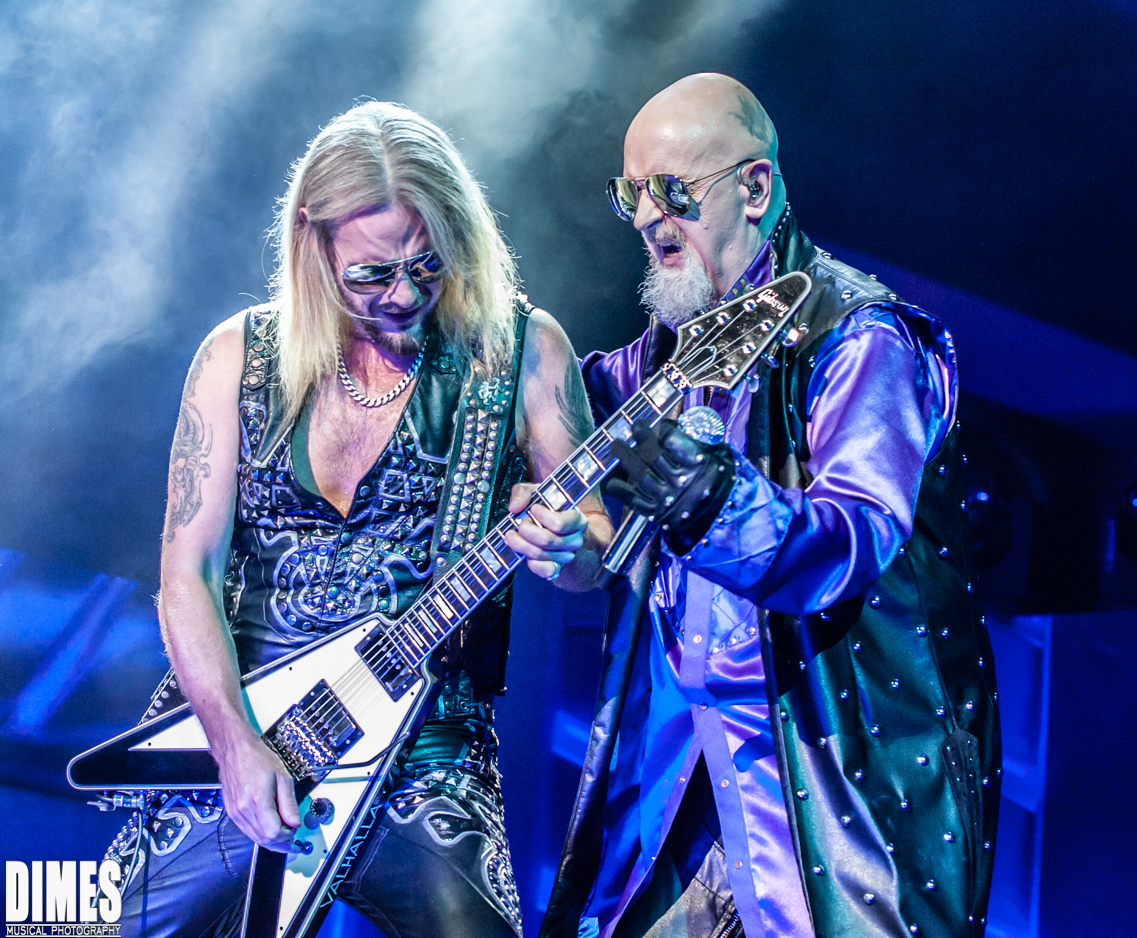 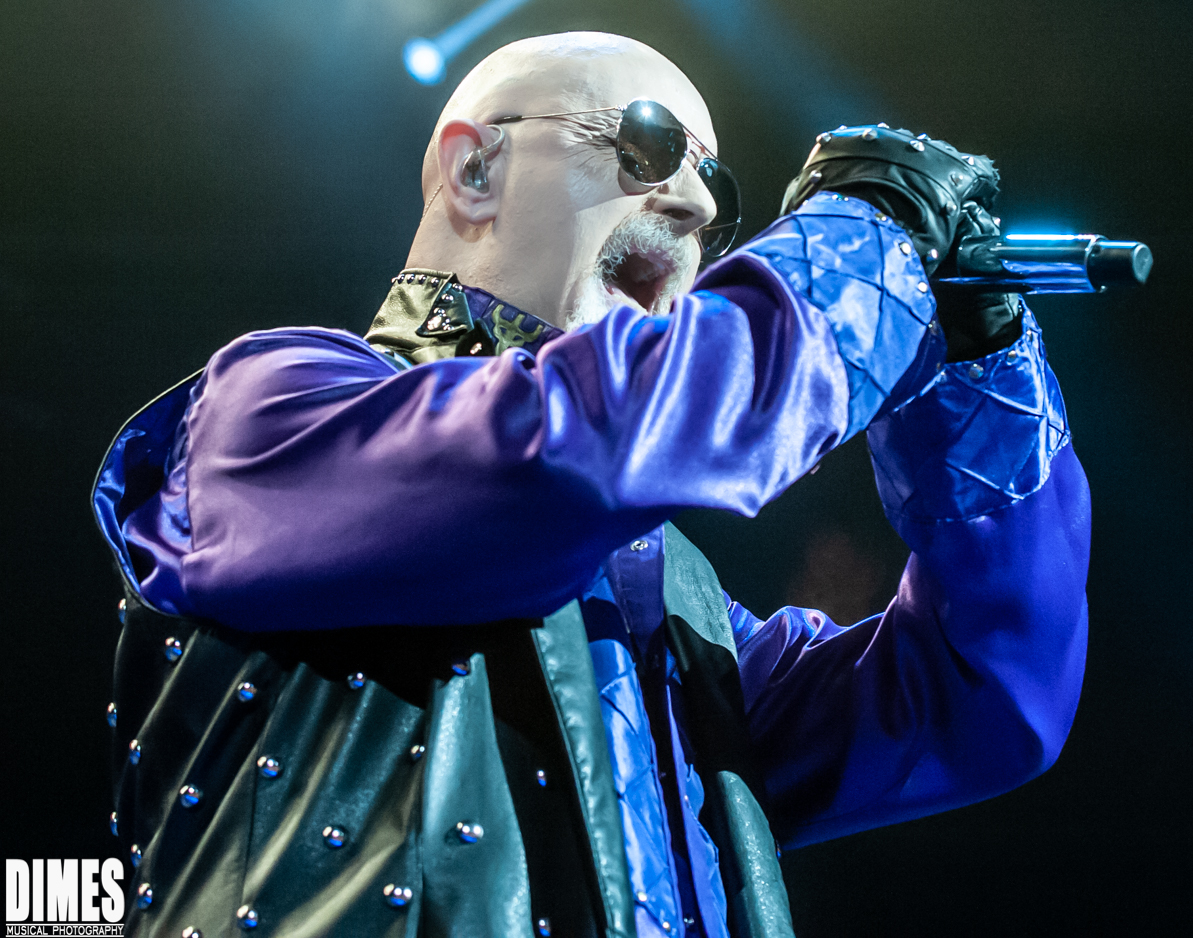 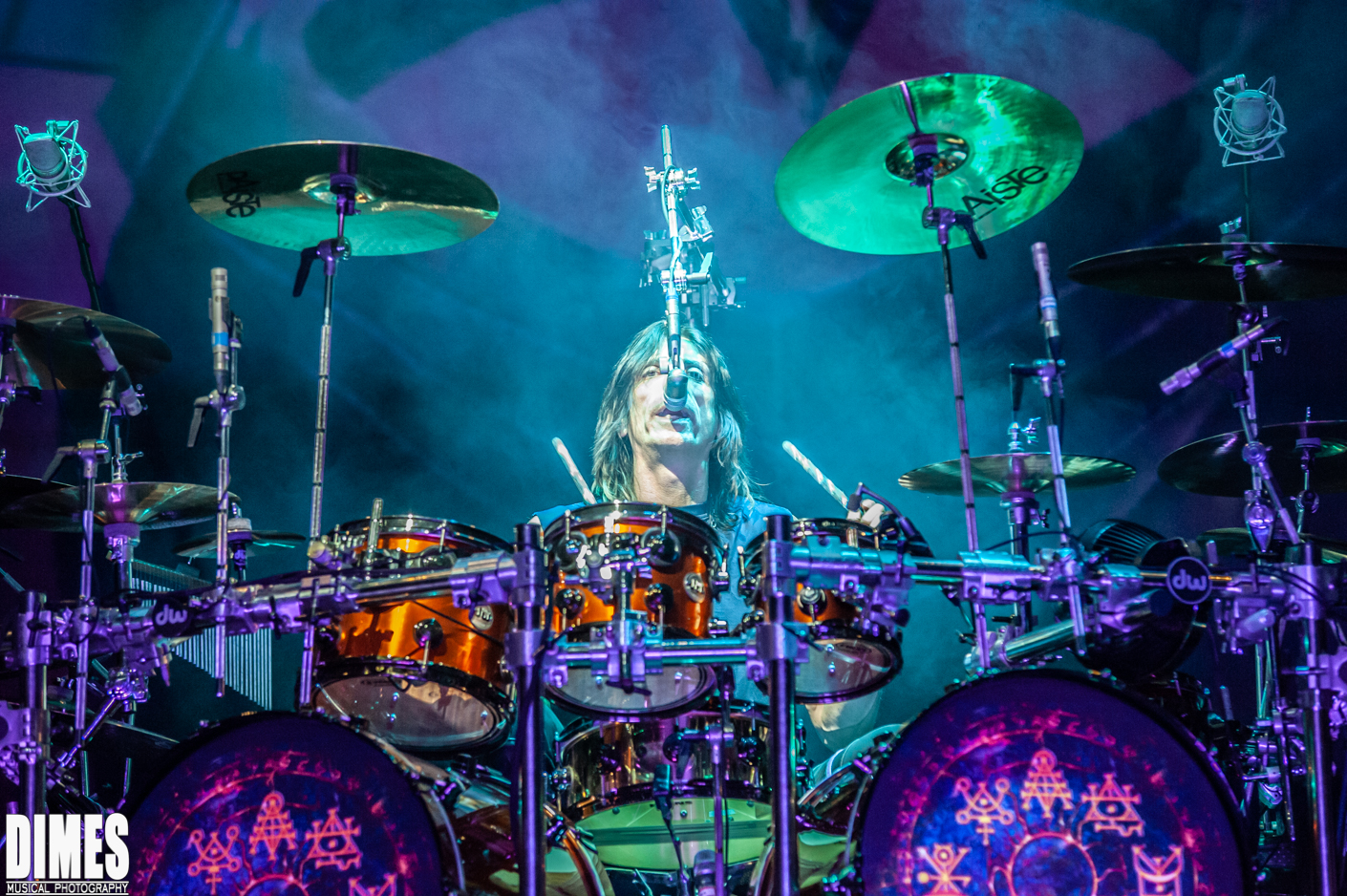 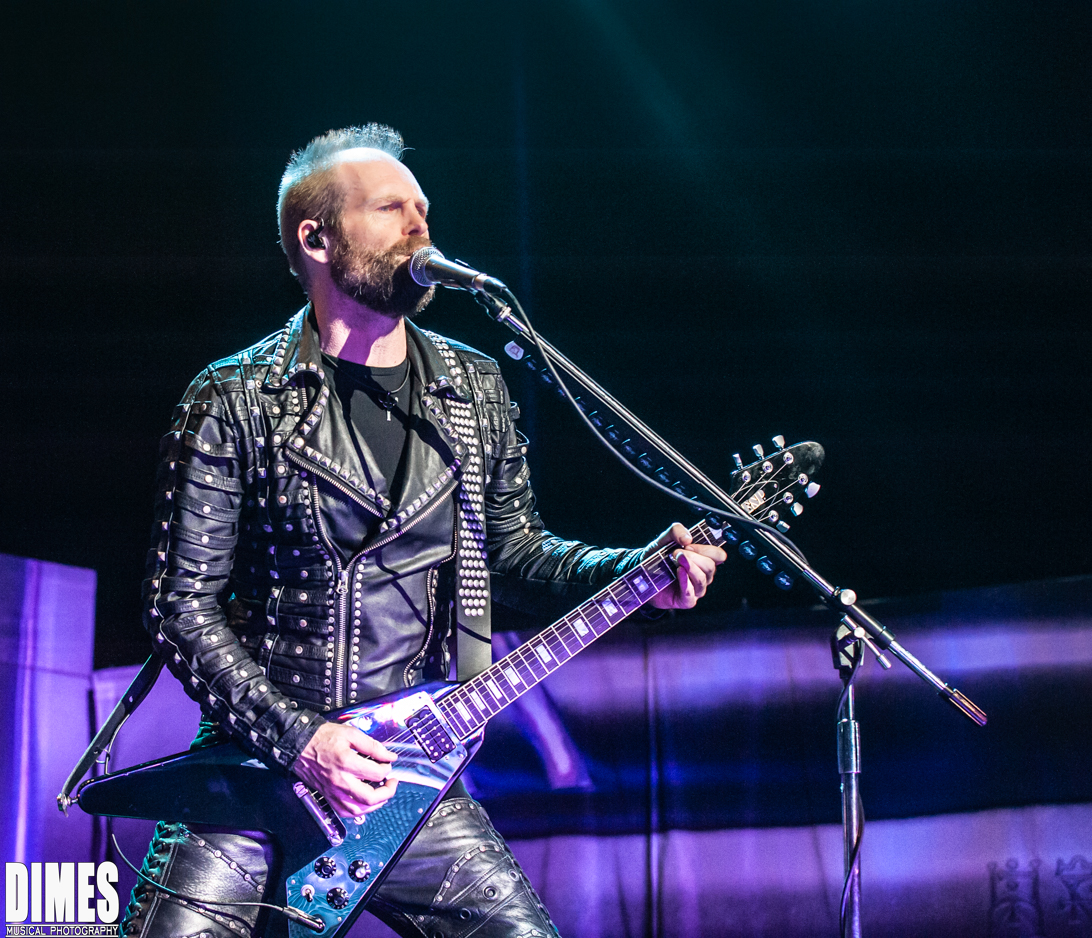 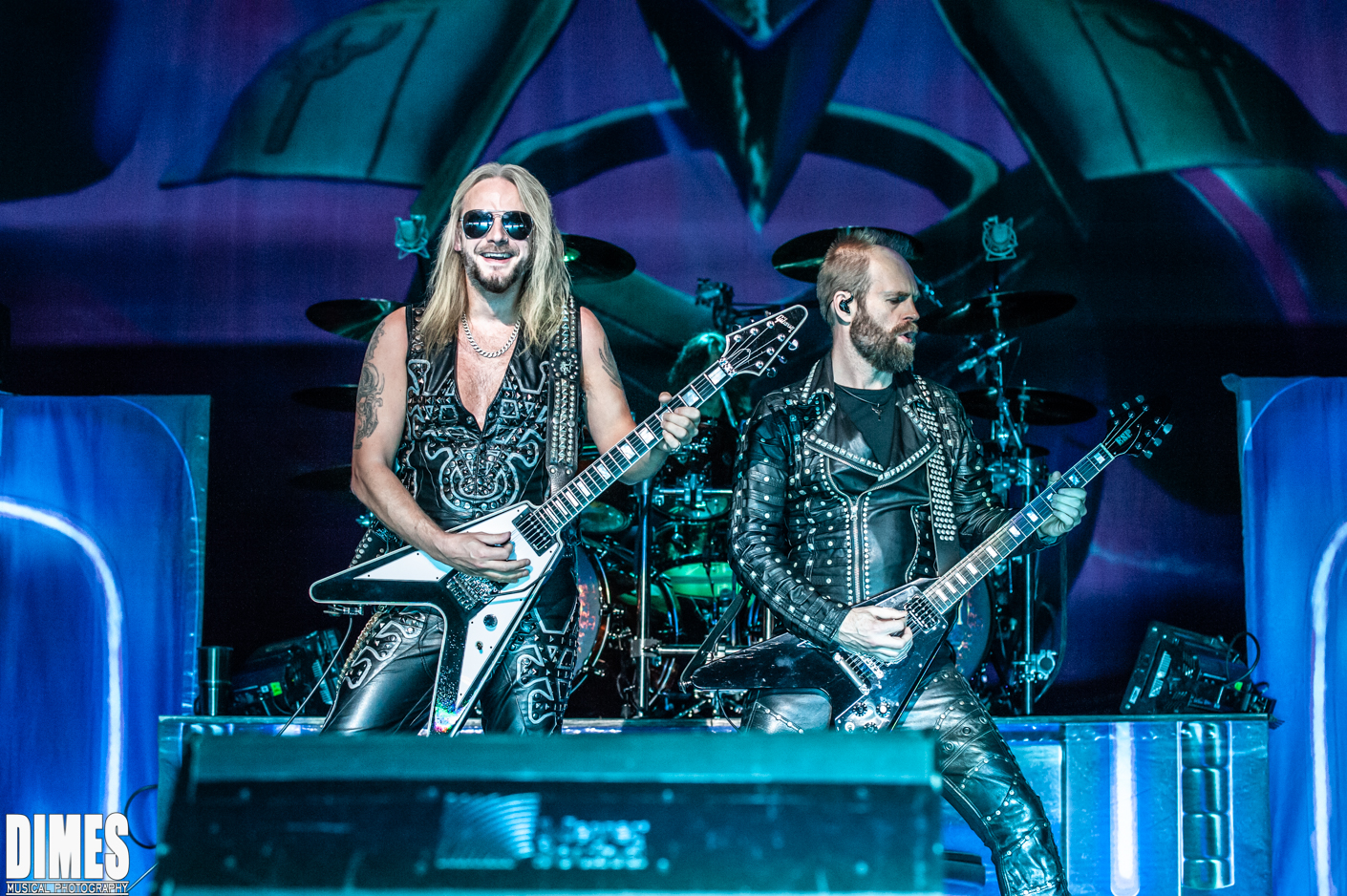 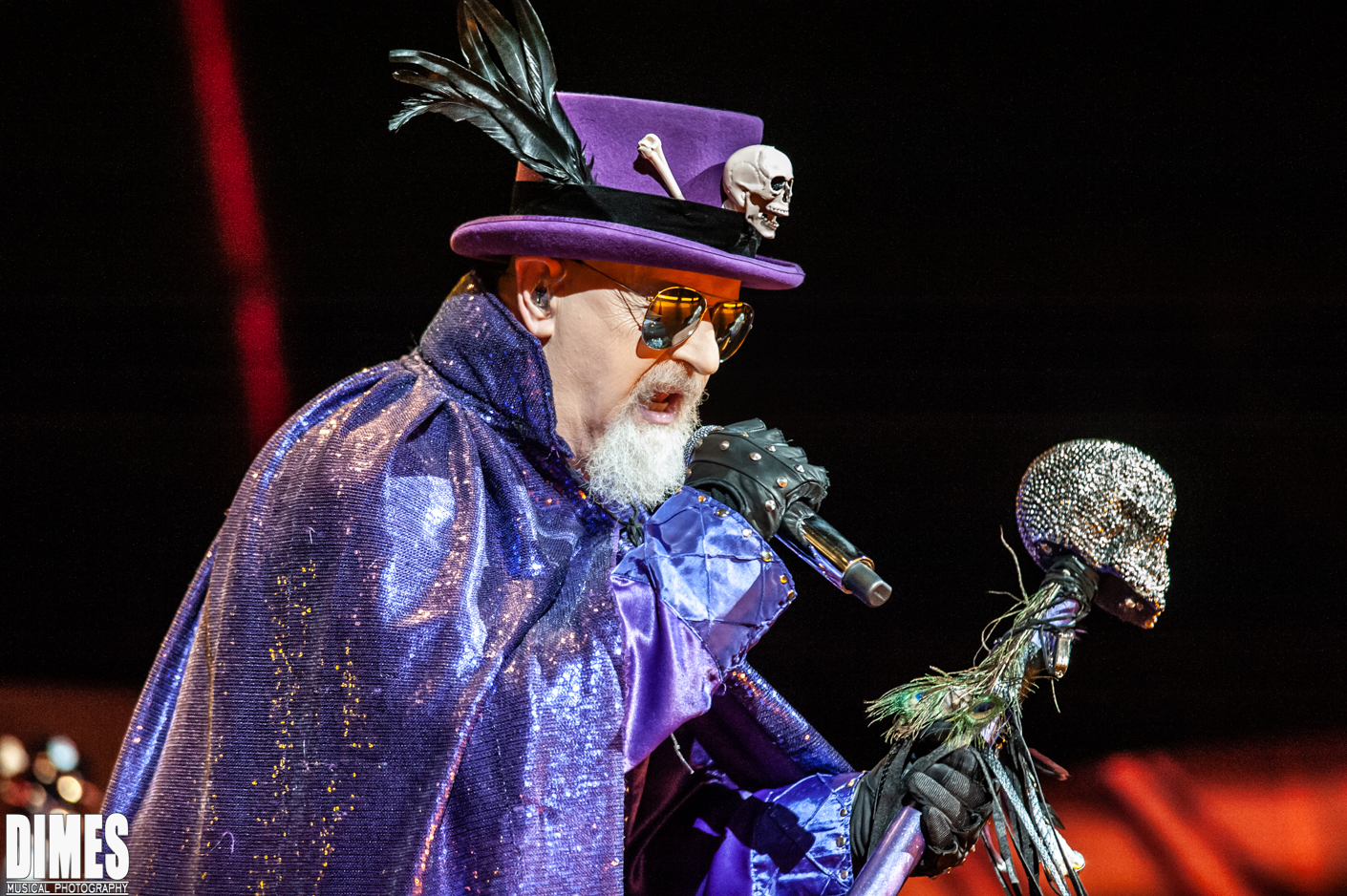 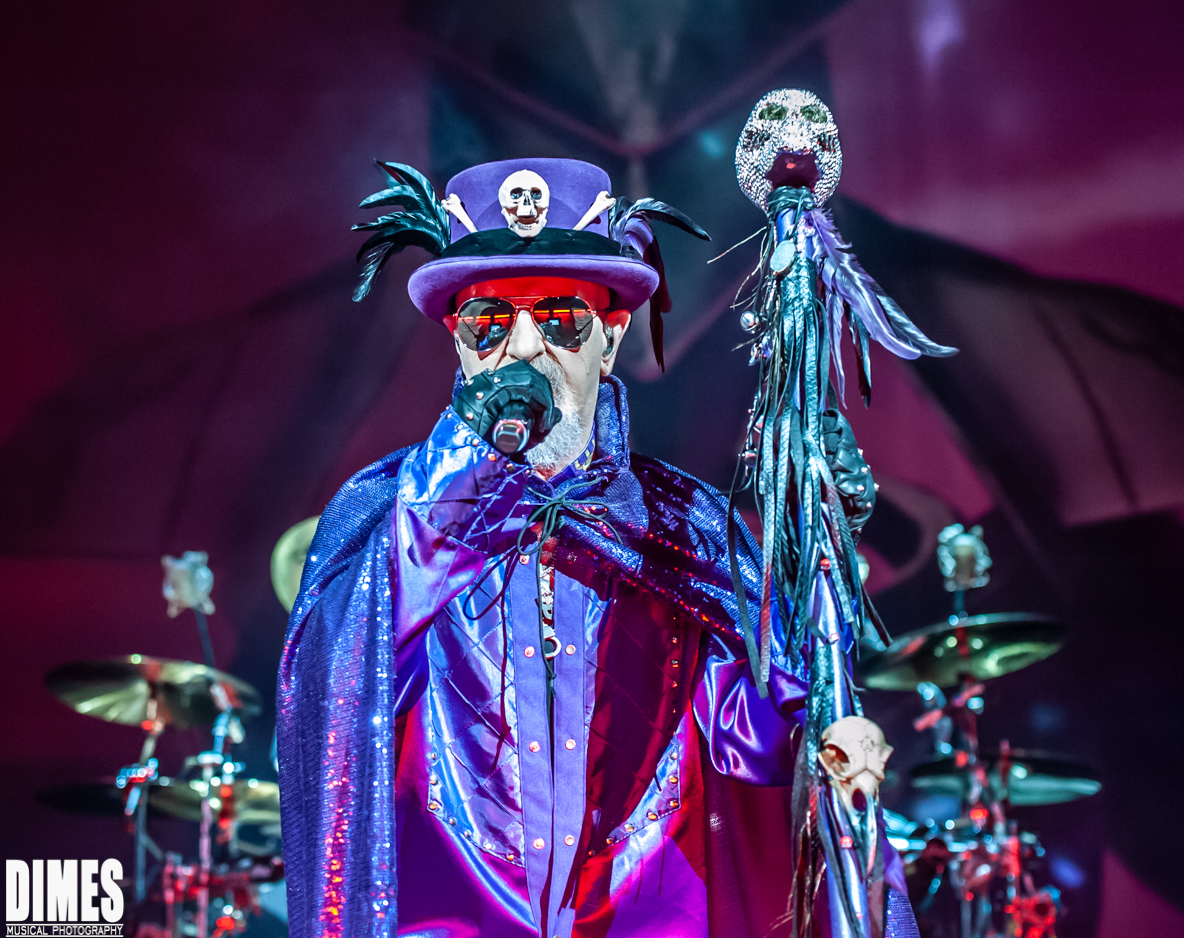 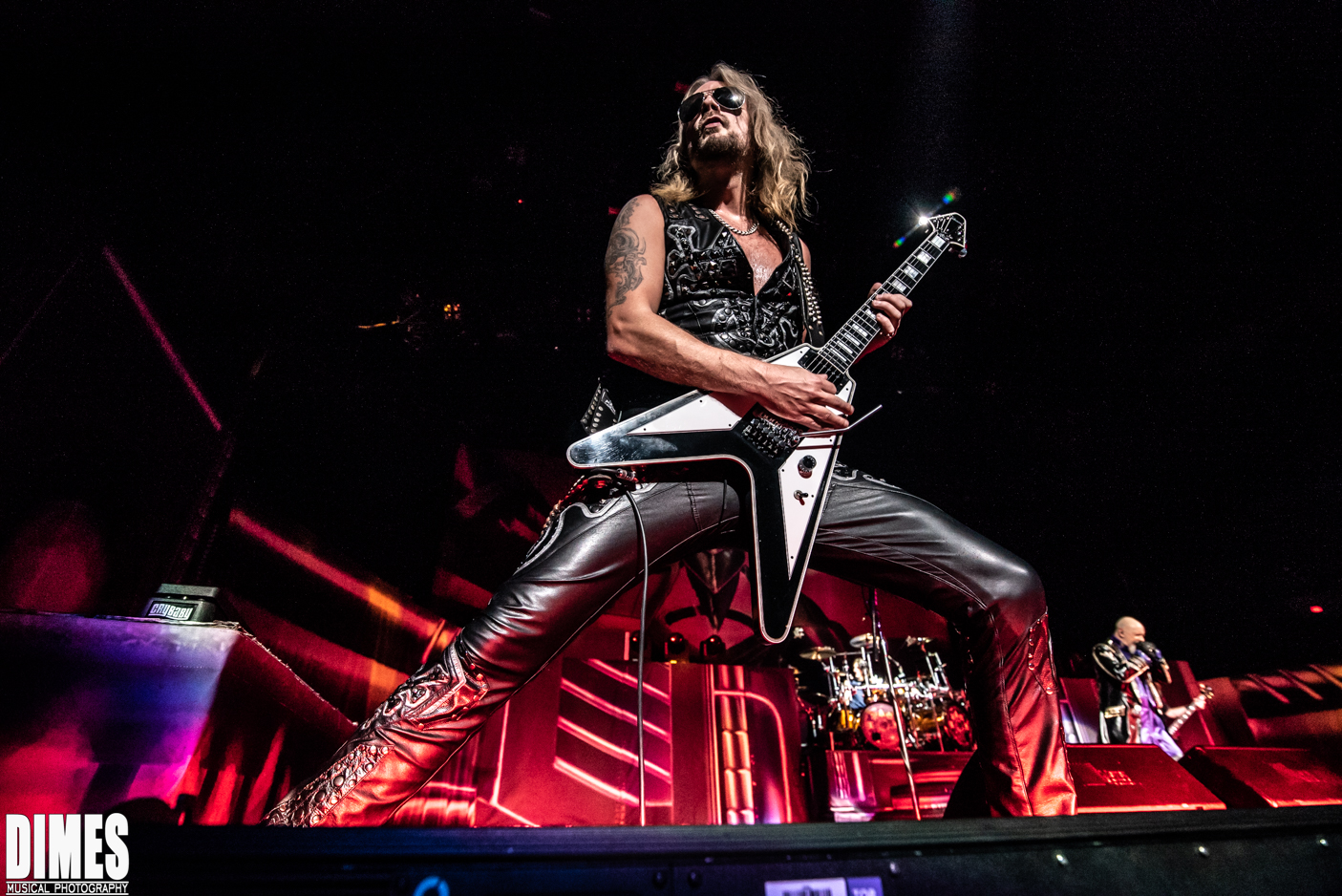 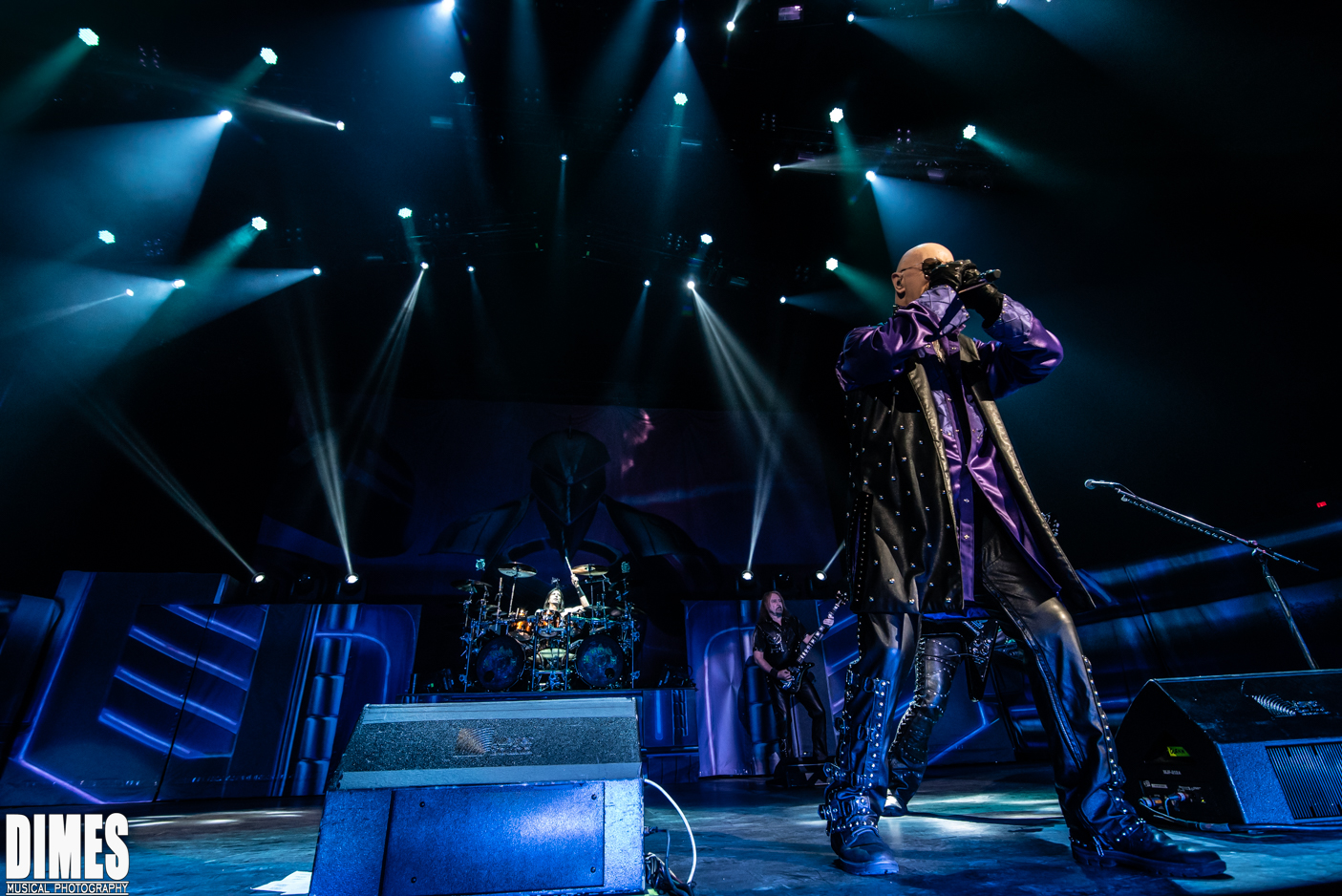 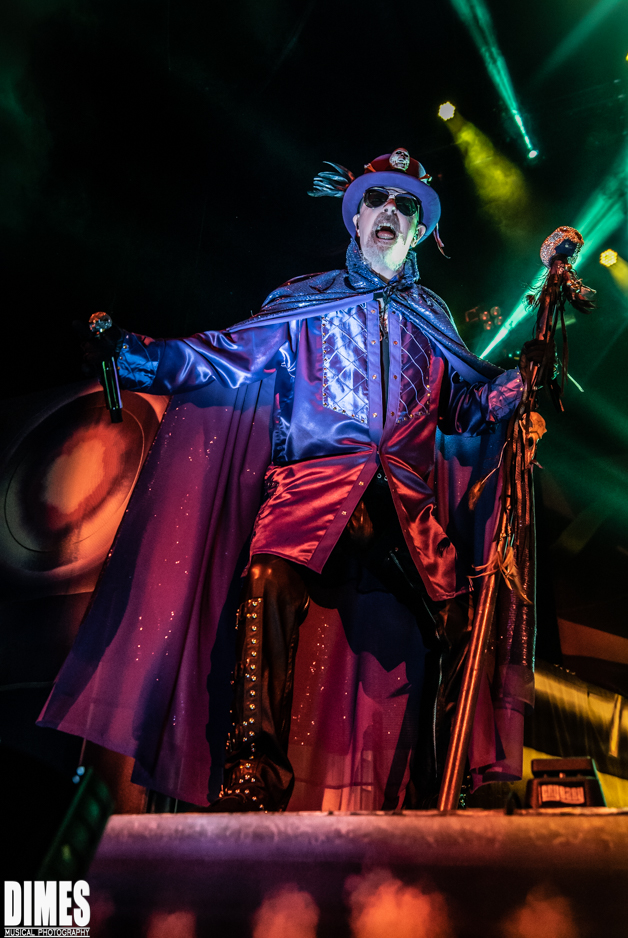 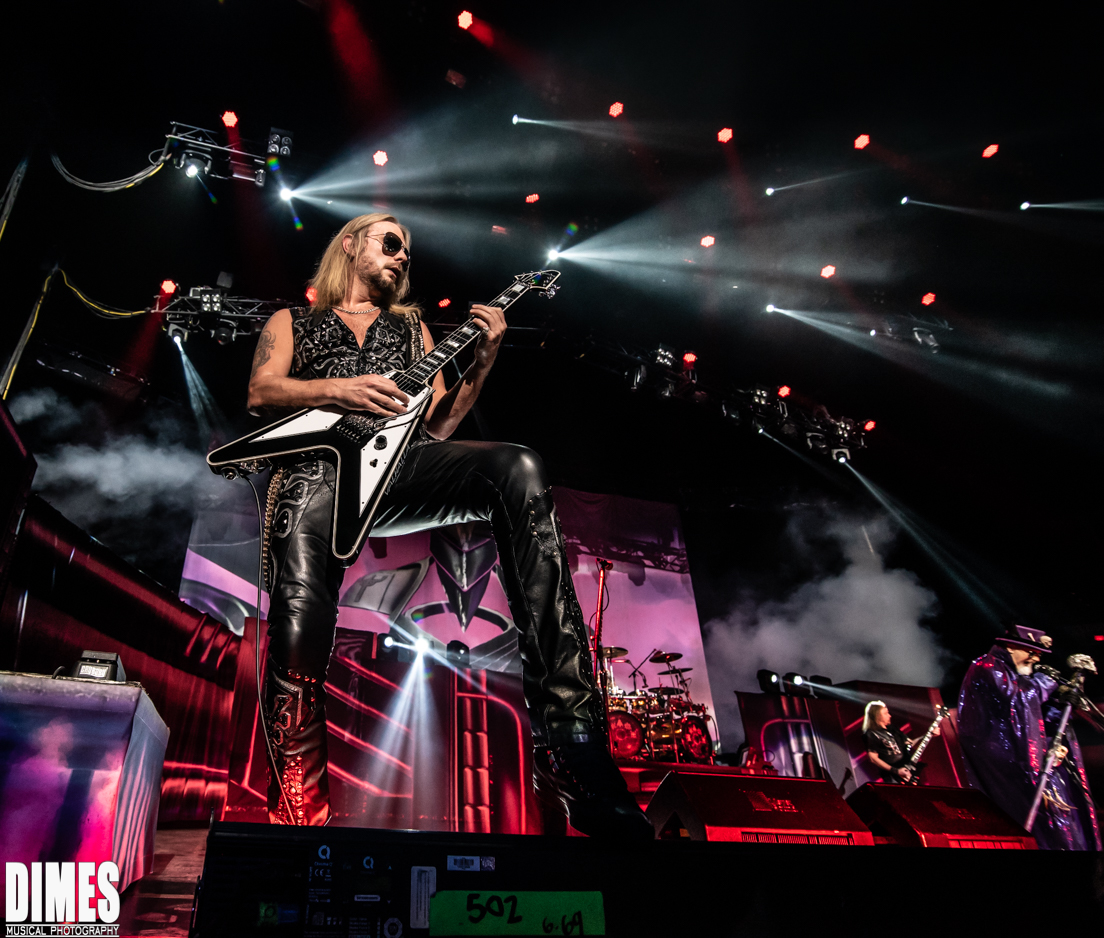