Eminem shocked us all by releasing a surprise new album last night.  Kamikaze was executive produced by Dr. Dre and Eminem and takes on Trump, the Grammy’s, as well as other taboo topics Mr. Mathers is not afraid of.

In an album cover very similar to Beastie Boys’ 1986 “Licensed to Ill,” Marshall’s 45 minutes, 13-track album should be interesting to say the least.  We’ll be checking it soon and letting you know our thoughts.  Have you heard it yet?  What do you think? 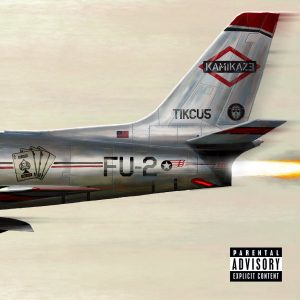