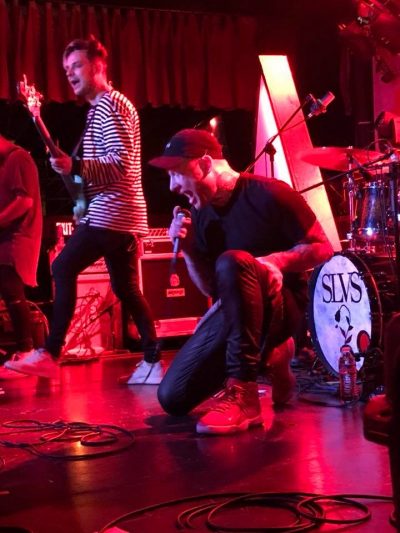 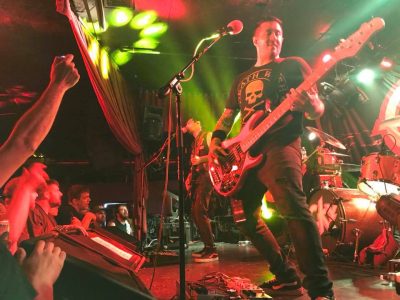 I was only familiar with CKY, and that was the sole reason I wanted this show.  However, I left with a new love for Awaken I am, a respect for Royal Thunder, and incredibly impressed with Slaves.  Oh, and of course, continued love for CKY.

When Awaken I Am took the stage,I immediately knew they weren’t from Portland.  Simply their style was a bit foreign, even for metal-core here in the Pacific Northwest.  And as soon as the vocalist opened his mouth, it was apparent that they were Australian.  The music was great, but the shiny beacon of talent was Jimmy Alexander, the vocalist for Awaken I Am.  In a genre with so many bands, it’s hard to stand out; but stand out they did.  The music was catchy, but better than that was the power and the beauty in Alexander’s voice.  This is a band to definitely watch.

Up next was Royal Thunder.  Think Pink Floyd meets Black Sabbath meets Crowbar meets Clutch, but with Janis Joplin singing.  The band was stable and sturdy and probably time tested, but what made them so unique and noteworthy was “Mel” Parsonz’s Killer legs stuck in worn cowboy boots, cradled in cut off jeans and a flannel, she looked like she probably hung with Lemmy a few times.  A serious vocalist, she gave it everything she had, and the performance was intense and no bullshit.  While their sludgy-groovy metal was a bit different from the rest of the lineup, but it worked.  It was a night of metal core, sludge, angst, and rock.

Slaves.  If I had to describe them in one word it would be:  caged animal.  Wait, that’s two words.  Vocalist Johnny Craig had the intensity of an electrical storm, with a band that provided a solid foundation.  While they weren’t the stars of the night, they provided a great performance and set the tone nicely for CKY.

CKY may have been a spoof when it started, but it is a full-fledged, seasoned, and talented rock band now.  A smile never left guitarist Chad I Ginsburg’s face as he pulled double duty with primary vocals as well.  This trio of talented men may have needed Bam’s fame to get them in our faces, but that need was short lived.  They are authentic, fun, spirited, and a damn good rock band.