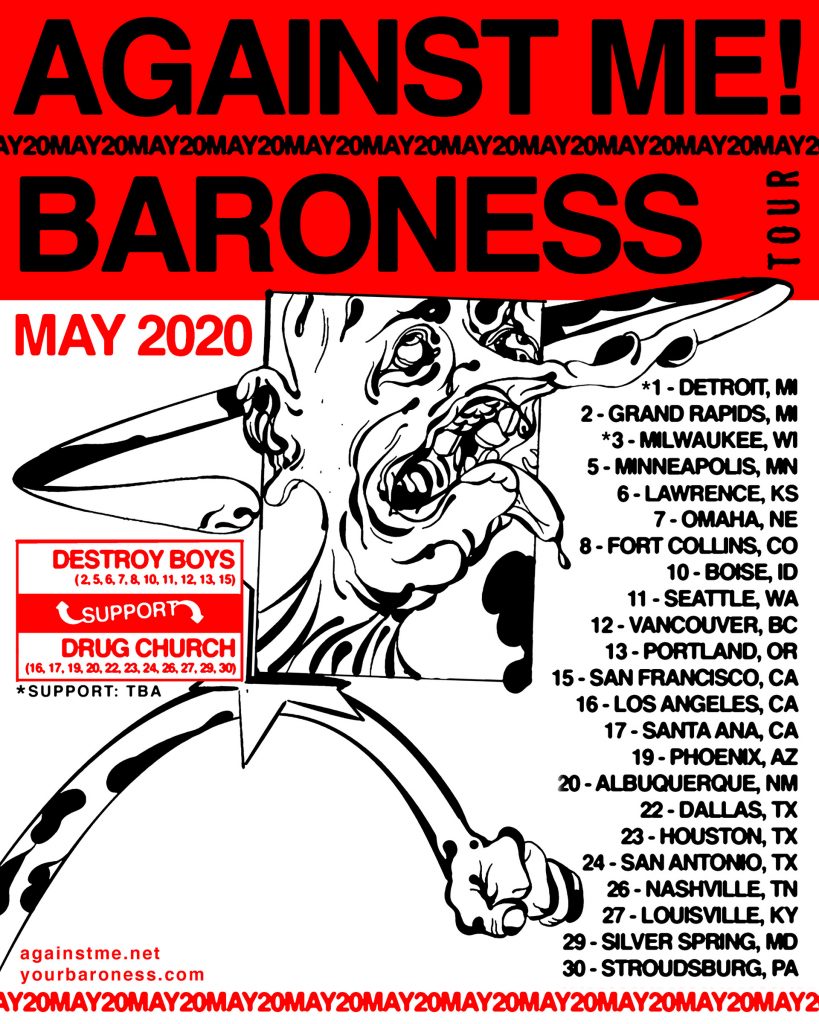 Baroness return to North American venues this Spring, kicking off a month-long, co-headlining tour with Against Me! on May 1 at Detroit’s Majestic Theatre. Destroy Boys support on the first half of the tour, with Drug Church supporting on the second half.

“It’s extremely exciting to get back out on the road in the U.S., this time with our friends in Against Me! We love tours that offer this much variety of sound. While our styles or sound may differ, we share some background in common. Our two bands originate from the deeply Southern U.S., we’re both products of the independent/DIY community and as we’ve grown, we’ve both worked tirelessly to maintain an ever-evolving independent and creative spirit,” explained Baroness founder John Baizley. “When we were a very young band, we looked up to and admired Against Me! In ’04, or ’05, I remember our vehicle breaking down in Gainesville, Fla. While we were struggling in vain to fix a road-worn vehicle, we ran into Against Me! (whom we did not know at the time). After hearing our troubles, and without a moment’s hesitation, they helped an out-of-town band of strangers fix their vehicle and get back out on the road. From that day forward, I’ve had a profound respect for the band… we cannot wait to get on tour with them.

News of the outing comes in what has been an extensive, worldwide tour in support of the band’s critically-acclaimed fifth studio album, Gold & Grey (http://smarturl.it/baroness-goldandgrey). The foursome have traversed North America twice in support of the 17-song release, played a slate of South American performances and recently completed an exhaustive, ten-week European tour. The band will venture to Australia before returning to the U.S. Tickets for the newly announced, North American shows are on-sale this Friday at 10:00 am local time with a limited number of pre-sale tickets available Wednesday at 10:00 am local time. Follow the band at https://yourbaroness.com/tour to get notified about future shows and receive pre-sale access.

Gold & Grey arrived in June of 2019 with Stereogum saying the collection “is the best thing Baroness has ever done… a masterpiece,” NME declaring it “a work of art in the truest sense of the word “ and NPR, noting the synchronicity between Baroness’ music and imagery, observing that “Gold & Grey feels like a callback to the heyday of the rock album as art object.” The 17-track release debuted atop Billboard’s Hard Rock Albums Sales and Independent Albums’ Charts and found the band gracing the covers of both Revolver and Kerrang! magazines. Over the last five months, Baroness has taken fans behind-the-scenes into the making of the Dave Fridmann (The Flaming Lips, At War With The Mystics) produced album, releasing an 11-part web series dubbed “Making Gold & Grey,” releasing the final episode last week: https://smarturl.it/makinggoldandgrey.

Against Me! Co-headlining tour dates:

May 1 Detroit, MI The Majestic Theatre

May 2 Grand Rapids, MI The Intersection #

May 3 Milwaukee, WI The Eagles Club

May 12 Vancouver, BC The Vogue Theater #

May 13 Portland, OR Roseland Theater #

May 17 Santa Ana, CA The Observatory ^

May 19 Phoenix, AZ The Pressroom ^

May 29 Silver Springs, MD The Fillmore ^

May 30 Stroudsburg, PA The Sherman Theater ^ 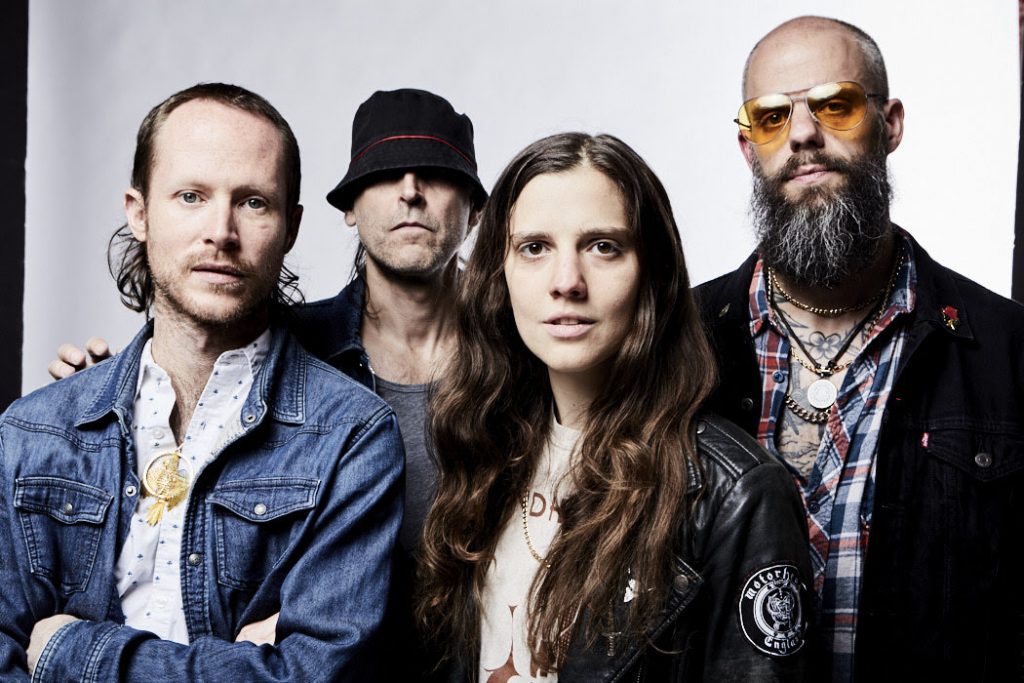