When I heard that I was seeing Backstreet Boys I couldn’t help but be giddy. It’s all that I could talk about. The pre-teen me would have tried to play it cool because my back in the day devotion was to another boy band, but I was aware of Backstreet Boys, and they held a special place in my heart, because I use to sing them with my dad in the car. That’s right, my dad!  He was team Backstreet Boys.

I left for the show right after work; I wanted to make sure I had plenty of time to get there so as not to miss anything. When I arrived at the venue, I realized my level of excitement had grown.  I became even more excited with the feeling of getting to see the big pop icons of my generation.  Frankly, and surprisingly, I’ve never really felt this kind of anticipation for a show before. Looking around at the audience I was not surprised to see that at least 98% of the crowd was female and all around my age (34).  The ladies were either dressed for a night out on the town or wearing matching BSB inspired t-shirts. Some fans even brought their kids along to pass on their love of pop music, further proving that music can survive through generations.

I was confused yet happy to see that there were people dressed up in costumes apparently paying homage to the era.  For instance, there were some ladies sitting by me dressed like Brittney Spears from the Toxic video.  They were wearing the sexy blue stewardess outfit. I was sort of jealous…I would have been totally down for some 90’s inspired cosplay. There was also a group of guys (and girls) dressed in the memorable white outfits that BSB made famous in their “I Want it That Way” music video.  It was pretty amazing to see the Moda Center sold out (yes, Sold Out!!!).  Proof that we all need a reminder of the beloved pop music that transports us to a much simpler time.

After finding my seat, I got a good look at the stage set-up. The stage was mostly covered by a huge banner with the letters ‘DNA’ on it, but we could see a catwalk that started at one end of the stage and looped around to the other end.  There was a pit full of audience members smack dab in the middle. Two huge screens forming a V hung above the apex of the catwalk.  A drum set and three mic stands were visible, ready for the opening act of Baylee Littrell.  In case you were wondering, yes that is Brian’s son. Before he started, there was a mini video from the ‘Boys’ giving him stardom advice. Kevin told him to be humble.  AJ joked that girls love tattoos and guy liner. Howie told him to practice his winking at the camera. Aaron said to command the stage with big arm movements, and his dad Brian offered a lesson on a specific stance when hitting the high notes. The video was funny and extremely heart felt. You could tell that this has become a family business and Baylee has four uncles that will watch over him.

Baylee’s style of music is very much country with a touch of pop. Baylee is backed by his band Phil on bass guitar, Justin on guitar, and Josh on drums. His first single was released last year titled “Don’t Knock It,” and while he played it, the music video played simultaneous on the screens. He thanked the crowd, stating that he is planning to follow in his father’s footsteps, but he would not be able to do this if it wasn’t for people coming to the shows. He ended his set with a very cute song, his newest single titled “Boxes.” This song has adorable lyrics and I can totally picture this song being played at school dances or being ‘the’ song for a young couple in love. For a young adult, Baylee seems to be mature and wise beyond his years.

Now the moment that all of us 90’s kids had been waiting for: Backstreet Boys!

The DNA banner dropped sooner than I was expecting and the big screen at the back of the stage started showing this psychedelic video, introducing each Backstreet Boy. The screams from the crowd were deafening, pointing out who was each fan’s “special” BSB.  The music began to play with a haunting beat that further added to our anticipation.  Our gaze glued to the stage, video cameras glowing in anticipation, the screen starts to slowly rise and…their feet became visible!

Rising slowly, it revealed the entire cast of BSB and the music started with “I Wanna Be with You” off their first self-titled album from 1996.

Time doesn’t seem to have played a factor for these men.  Their voices still sound on-point and they move about the stage with ease. The BSB start making their way down the stage with the next song, “The Call” off the Black & Blue Album, followed with “Don’t Want You Back,” off the Millennium album.

At this point the lights dimmed and the spotlight focused on Brian. He thanked the crowd and revealed that he still feels humbled to be in the business today, continuing to do what he loves.  He also mentioned how special it is to get to share it with his son. He mentioned how we all have a lot in common, that there are great old memories associated with these songs and he would like us to continue making memories as he sings a snippet of a new song off their latest album DNA titled “Nobody Else.”

The BSB join Brian to sing another new song, “New Love” which, just like how we all have grown a little older and matured, so have their song lyrics. Next, the spotlight illuminates Howie and he takes a moment to tell us how much he has enjoyed this journey singing with these guys.  He gave us a taste of his range with the new song “Chateau.” This set off a great chain of great songs that were slow and memorable.  Those songs included:  “Show me the Meaning of Being Lonely,” which reminded us all of teenage heartache.  Next was “Shape of My Heart,” the slow dance anthem at every school dance.  I was so pleased that they played one of my personal favorites “Incomplete,” which as they sang, the screen showed a waterfall; the harmonizing on this song was beautiful. The spotlight then found Nick and the audiences’ screams were piercing as he smiled to the crowd. His solo is another DNA song titled “The Way It Was,” and his voice was the same as back in the day. 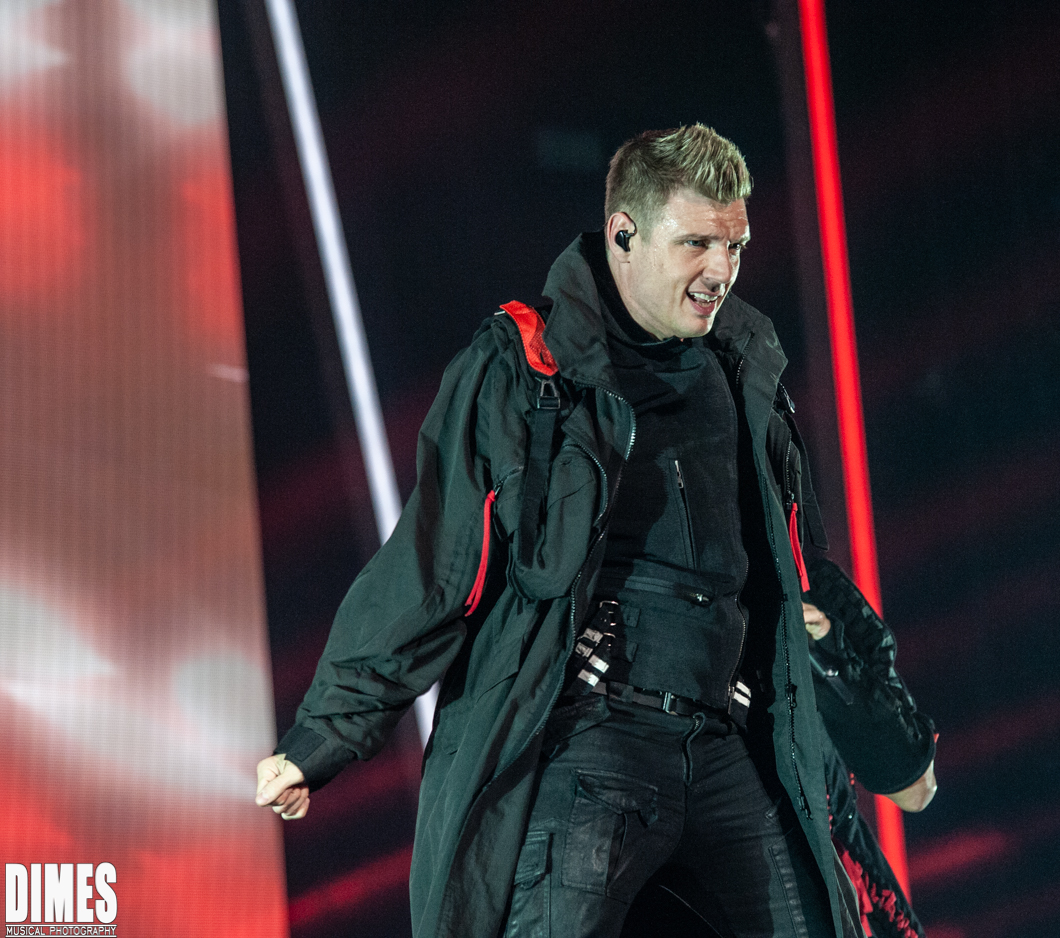 I’m pretty sure every girl in attendance believed he was singing just to her as his eyes caught the camera. The spotlight was diverted to AJ and Kevin and they entertained us with a little back and forth banter. Kevin snuck in a little BSB fun fact that I didn’t know. Apparently back in the day, before they were big, the first gig they had outside of Florida was actually here in Portland, Oregon. They played a fundraiser event put on by one of our own Portland Trailblazers back in the early 90s.  So, even though we didn’t know it, Portland, Oregon holds a special spot in BSB history.

AJ and Kevin sang a bit of a new fun upbeat song off DNA titled “Passionate” and their voices together got the audience screaming to what I thought was a level that couldn’t go any higher. That was until, AJ and Kevin did a little act saying that while they have been talking, the other guys had changed their outfits for the next set of songs and since they are behind, they are going to change on stage! The screams were deafening.  I had to plug my ears and just laugh! Of course, they had little changing rooms on stage that appeared out of nowhere, but that didn’t change the screaming fans. The rest of the guys join AJ and Kevin and they broke into “Quit Playing Games With My Heart.”  BSB transitioned into another slow hit “As Long As You Love Me,” which we all knew intimately. 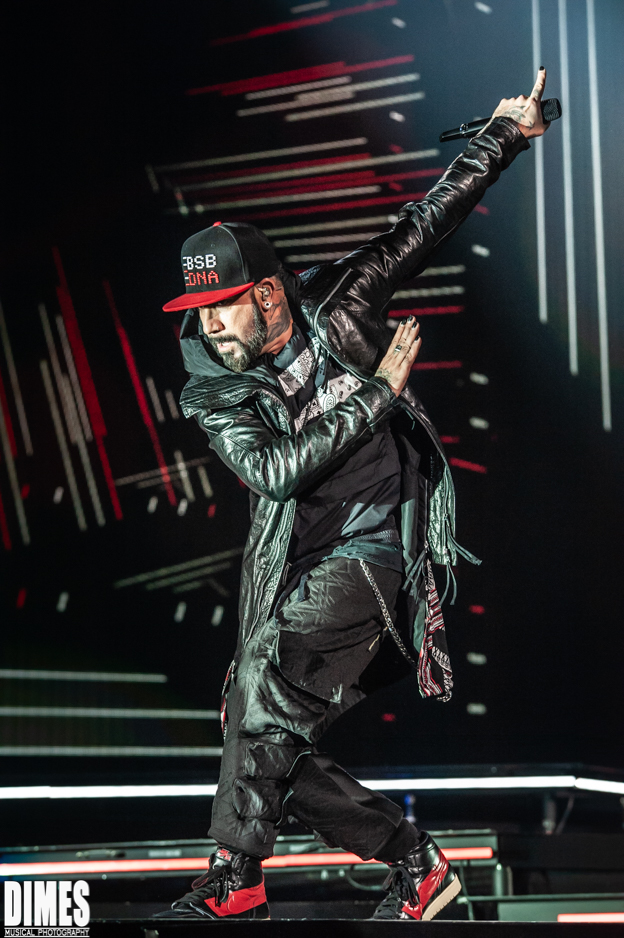 I loved looking around and seeing people singing their hearts out and dancing along with the BSB. My absolute favorite part of the show was when all the guys were on a small section of the catwalk that moved up, and they said they were going to show us why they love singing.  That is when they sang acapella. No music, just their beautiful voices singing “Breathe” off their 2013 album In A World Like This. Their harmonizing gave me goosebumps, and it was here where they really shined.  The entire audience was in awe. This is why the BSB have continued.  A talent like theirs should be shared.

BSB play a few more slow jams before they picked up the pace and got us all dancing with hits like “Everybody (Backstreet’s Back)” and “It’s Gotta be You.” When they played “Get Another Boyfriend,” AJ really got to show is flow and they all showed a bit of attitude. The BSB depart the stage momentarily and come back dressed all in white.  The arena was deafening because we all knew what that meant:  “I Want It That Way”! (YouTube the music video if you need a reminder) Believe me, it sounded even better than I could have imagined, and their dance moves were spot on.

They end the almost two-hour set with the fun pump up song “Larger Than Life,” off of Millennium.  There was dancing, confetti, and even fireworks! Backstreet Boys really delivered on this new tour.  Their talent of singing and dancing bring the nostalgia flooding back.  Their new songs, although somewhat unfamiliar, were very good and memorable .  I was a fan of BSB before and now I can say that I’m an even bigger fan.

To the BSB:  Thank you for bringing Portland such an amazing show! I know I speak for everyone in attendance:  We can’t wait for the next time! 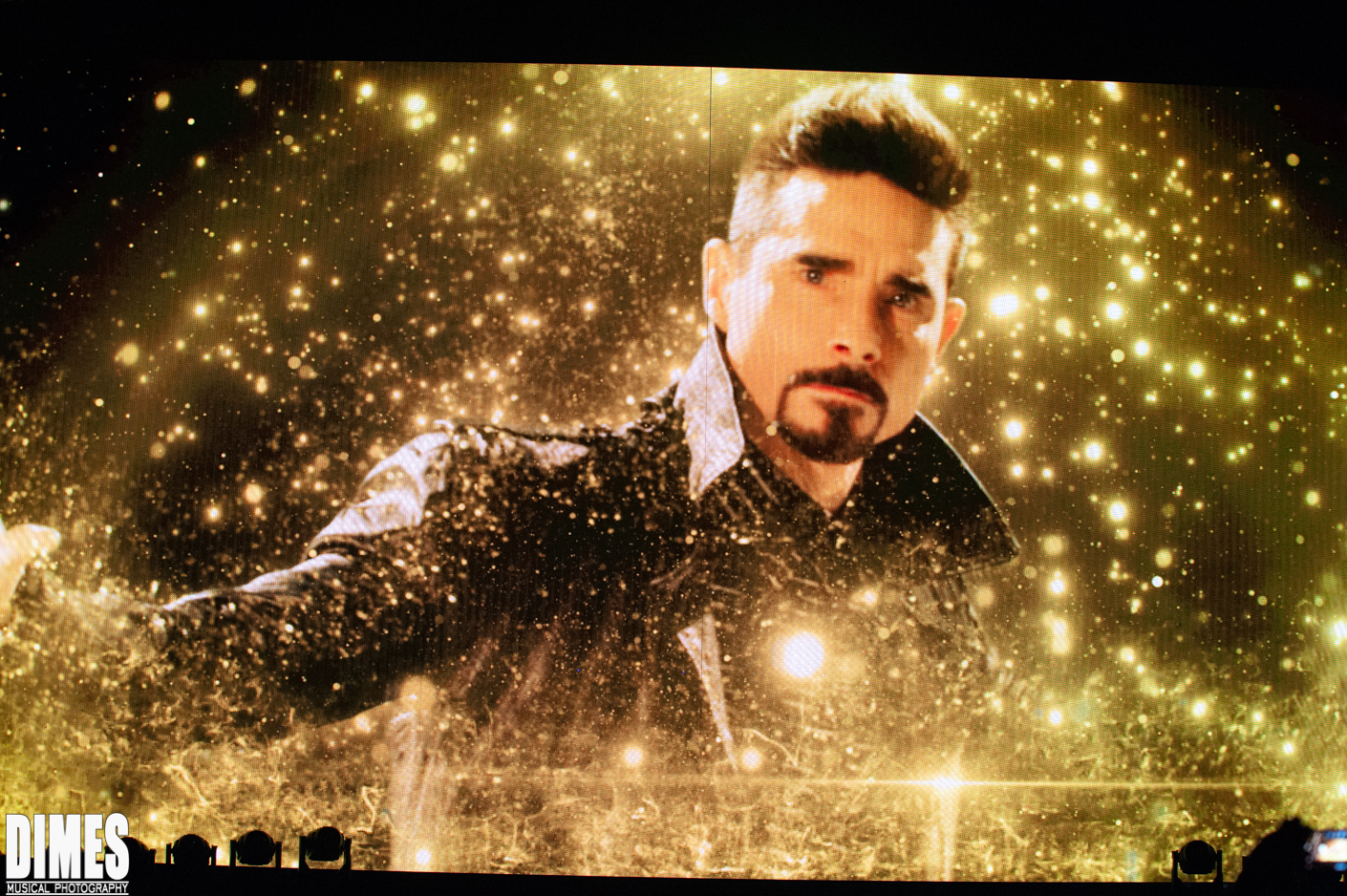 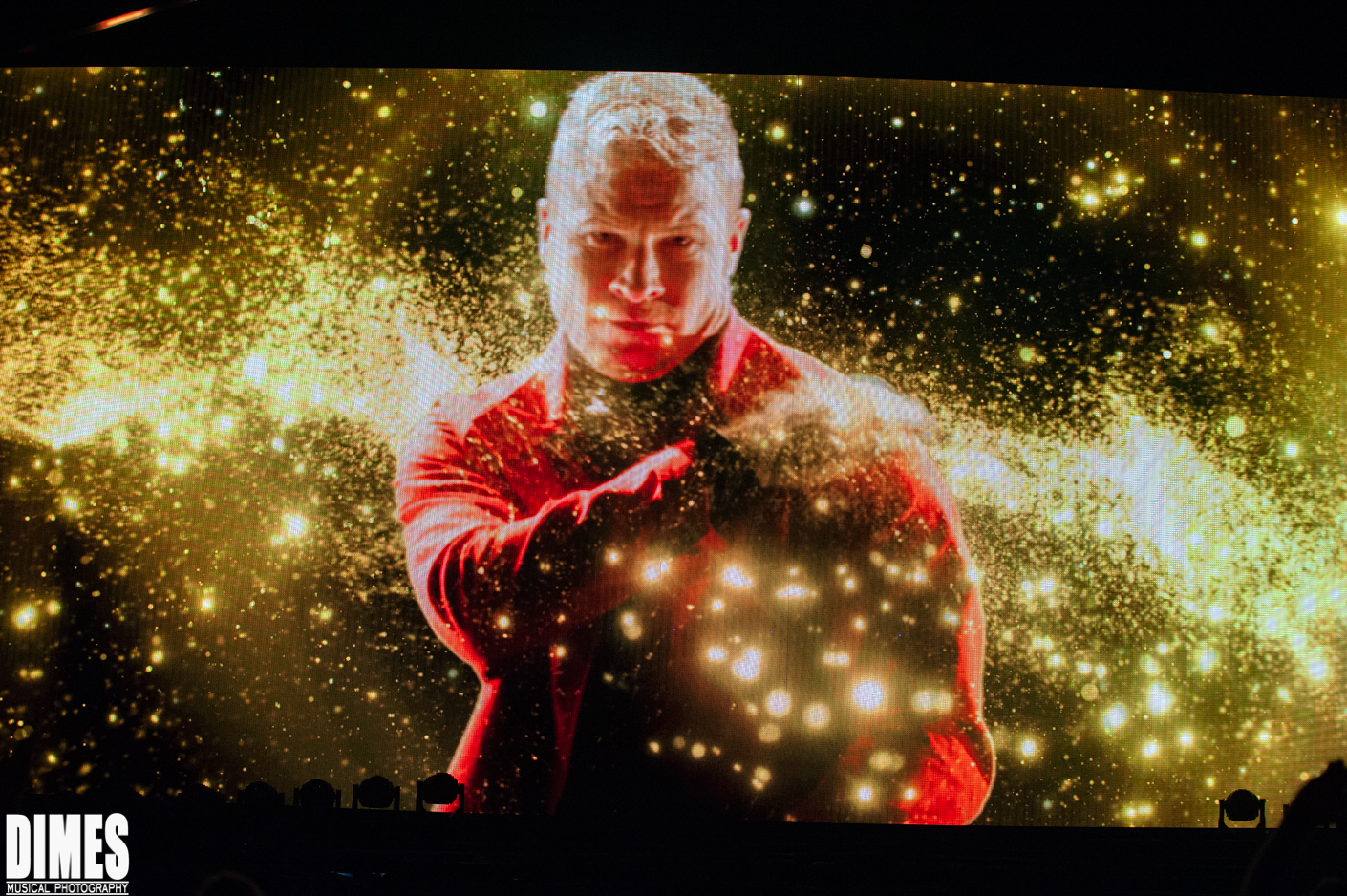 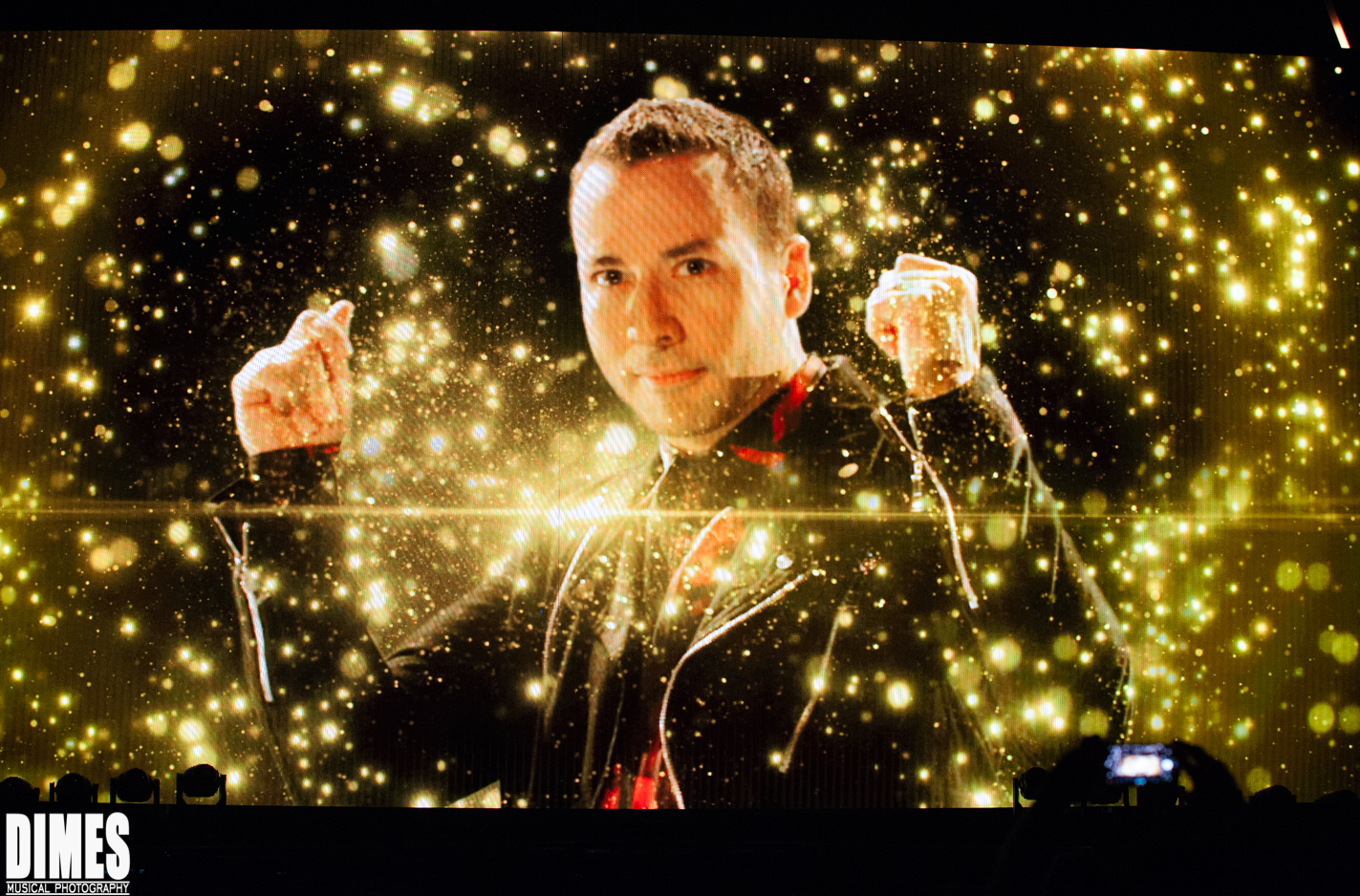 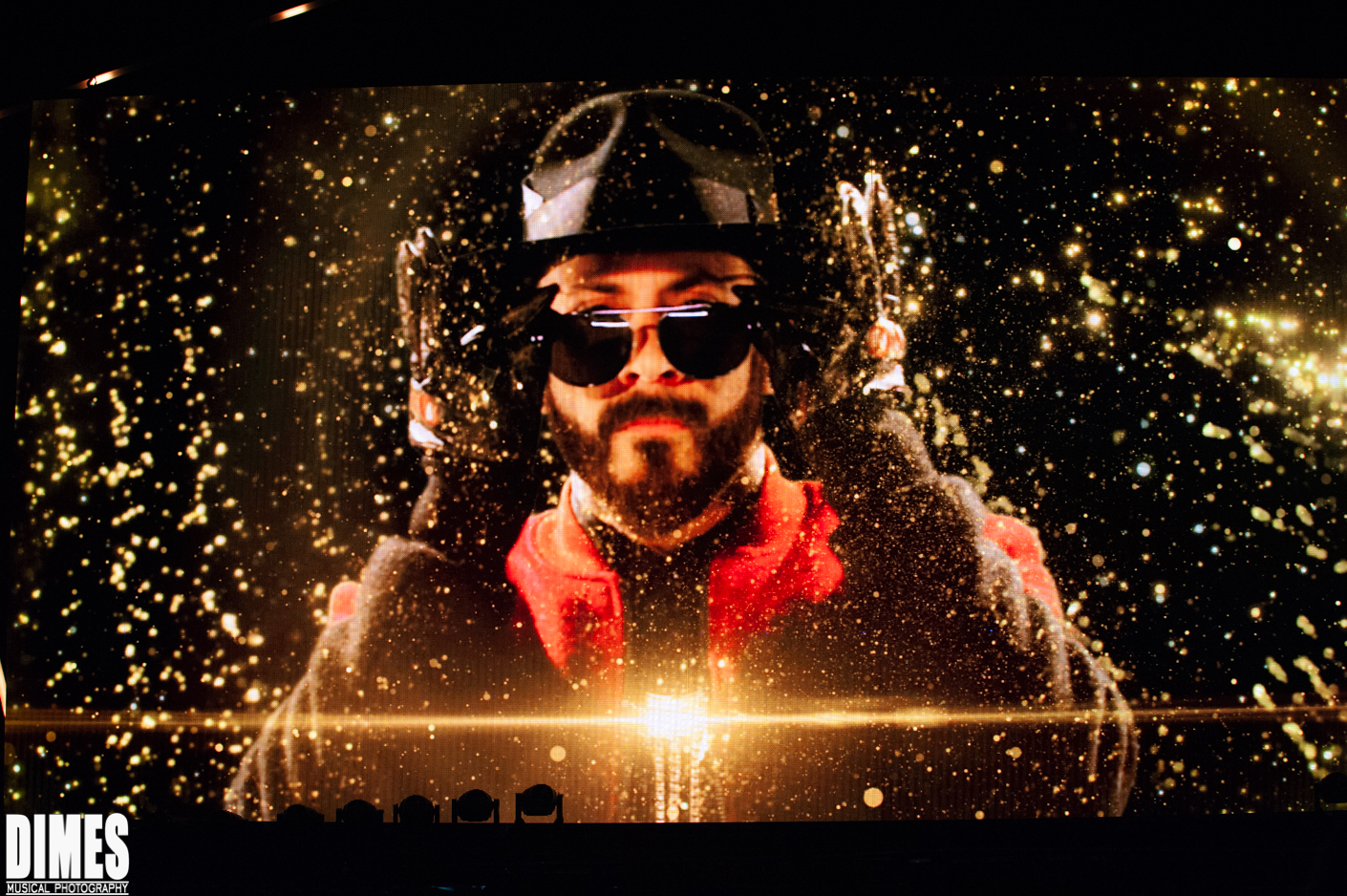 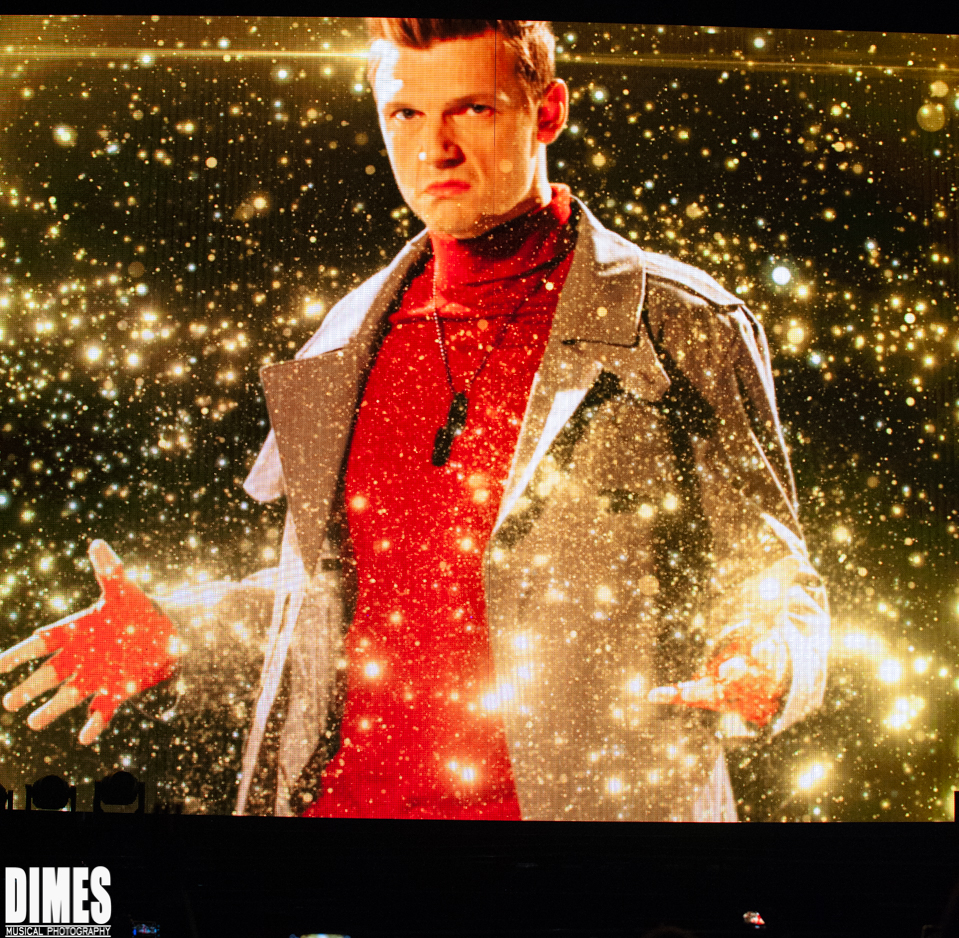 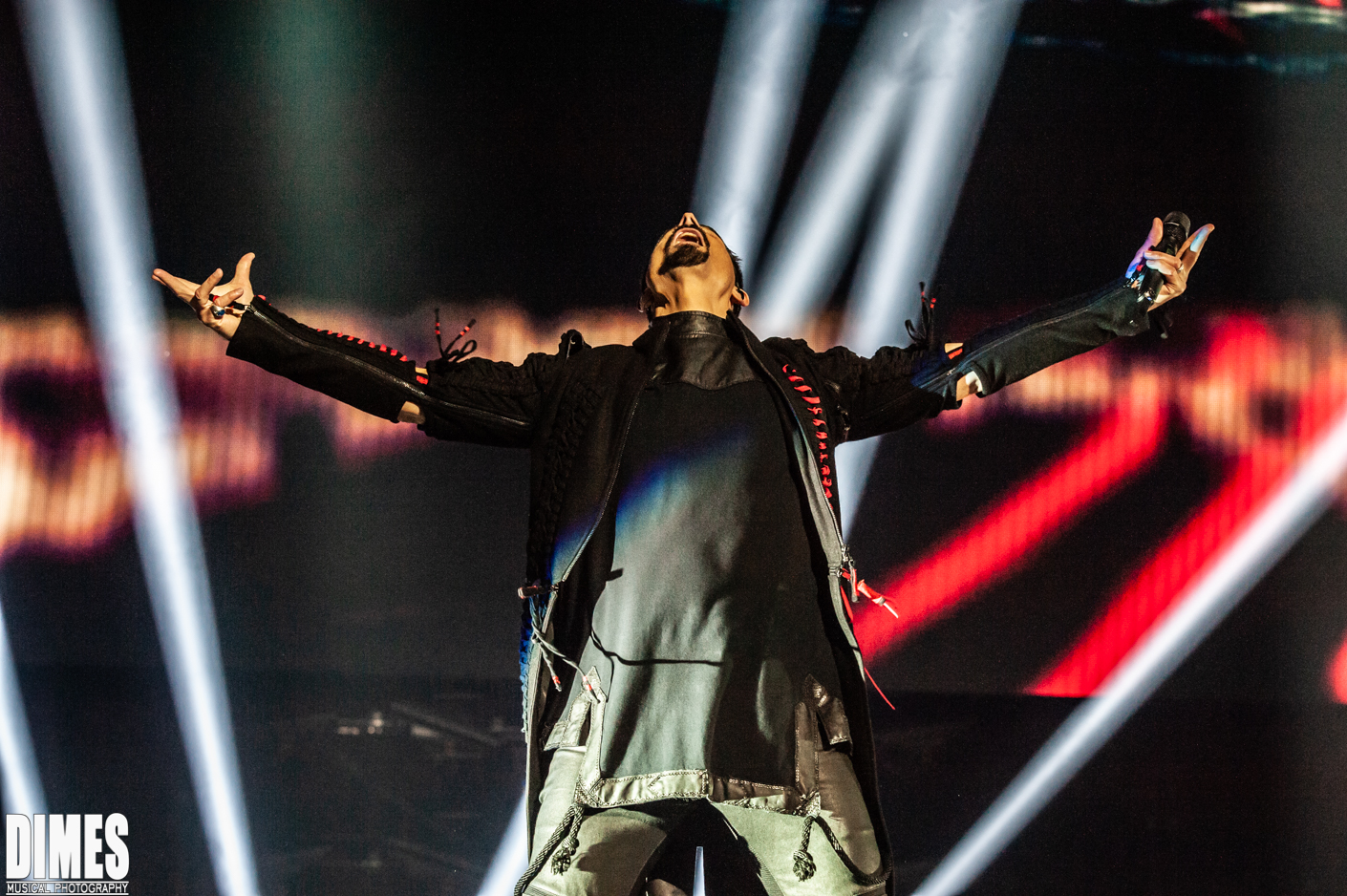 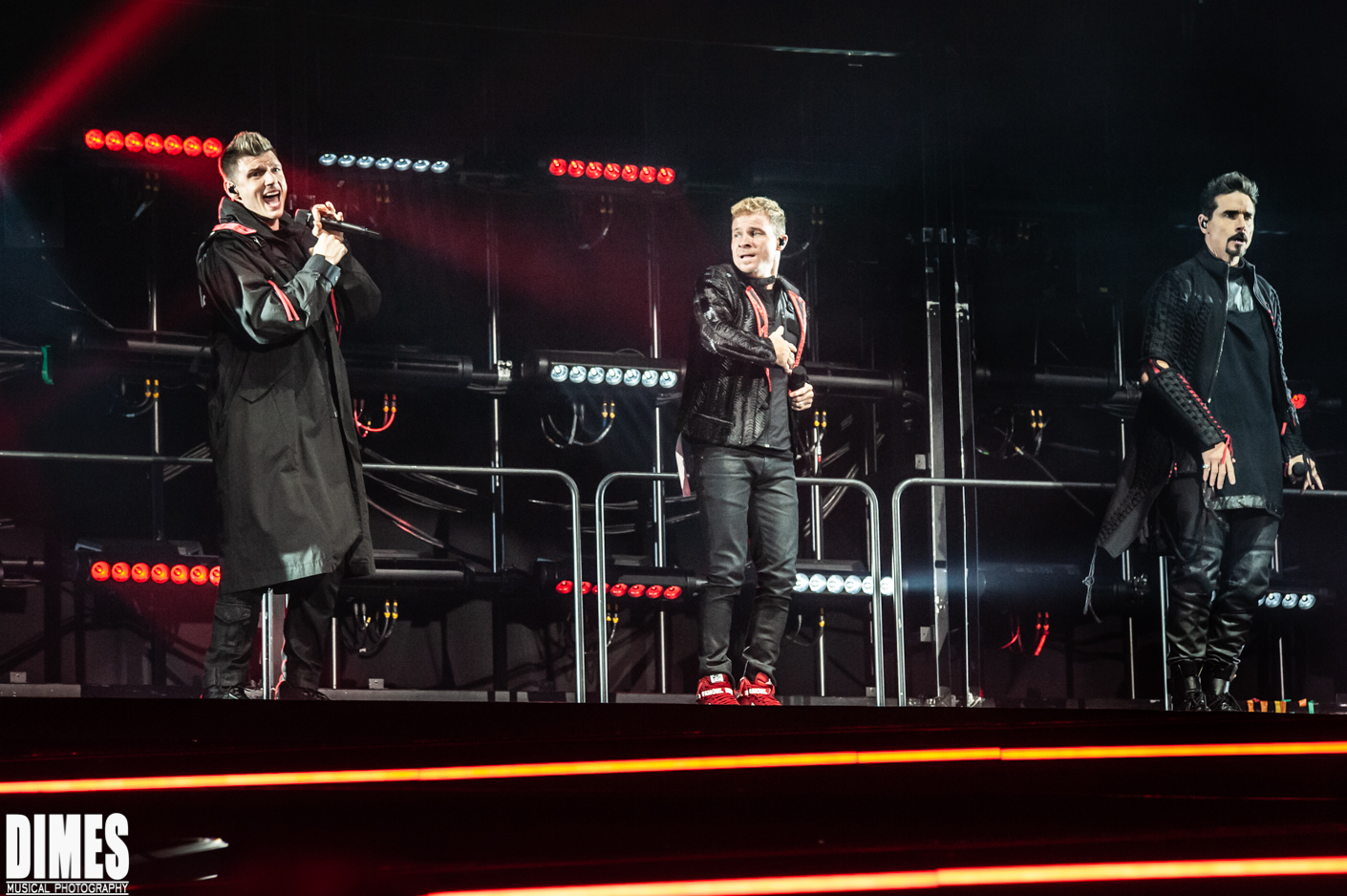 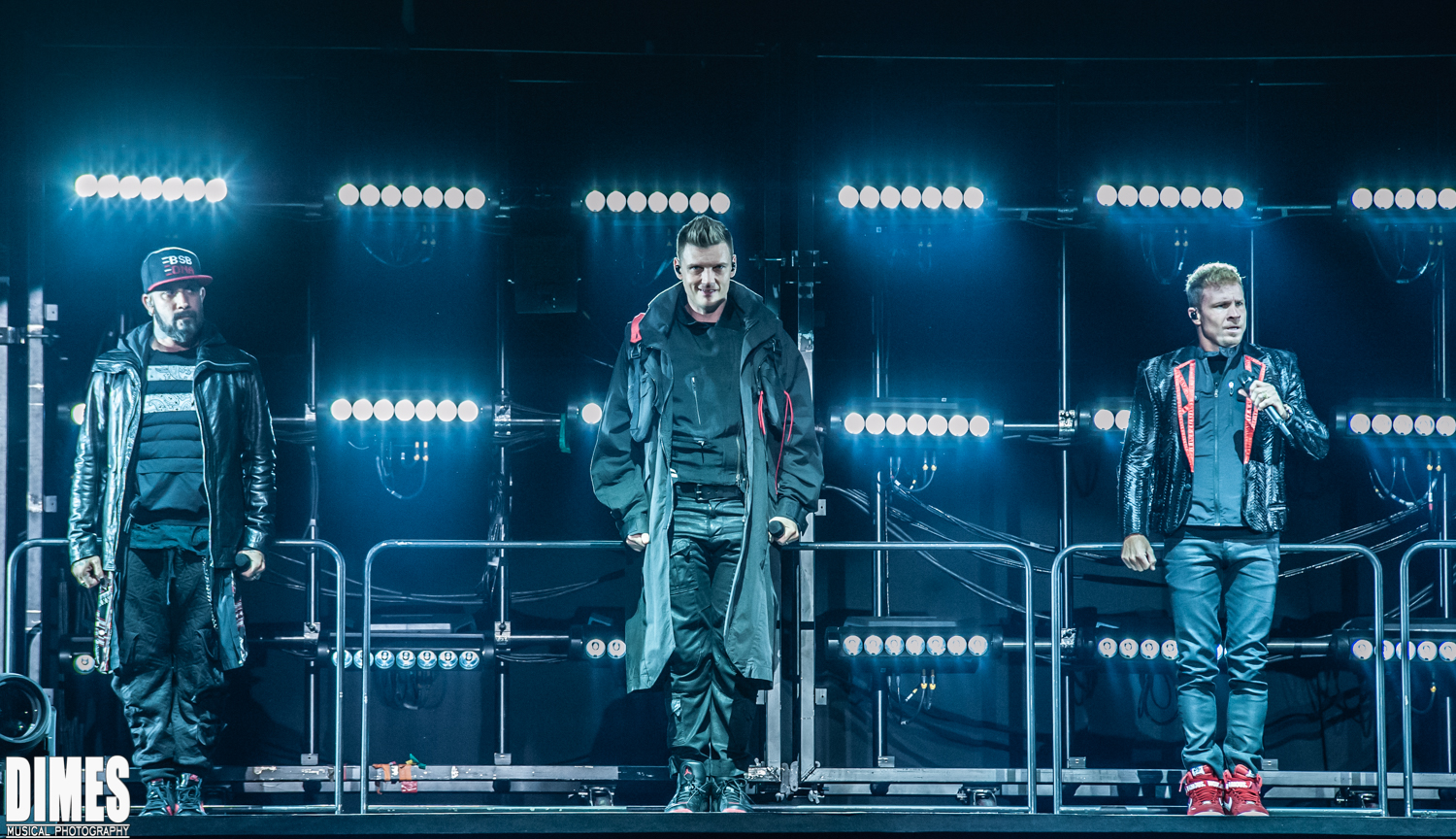 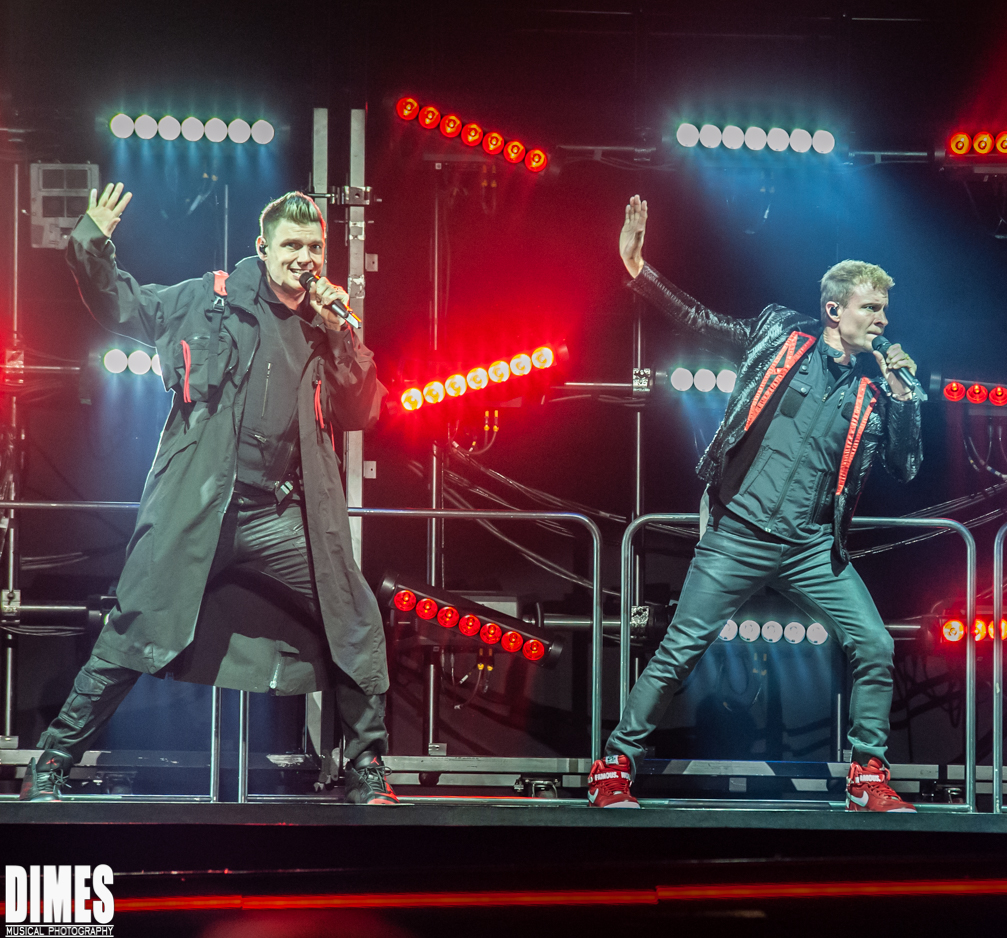 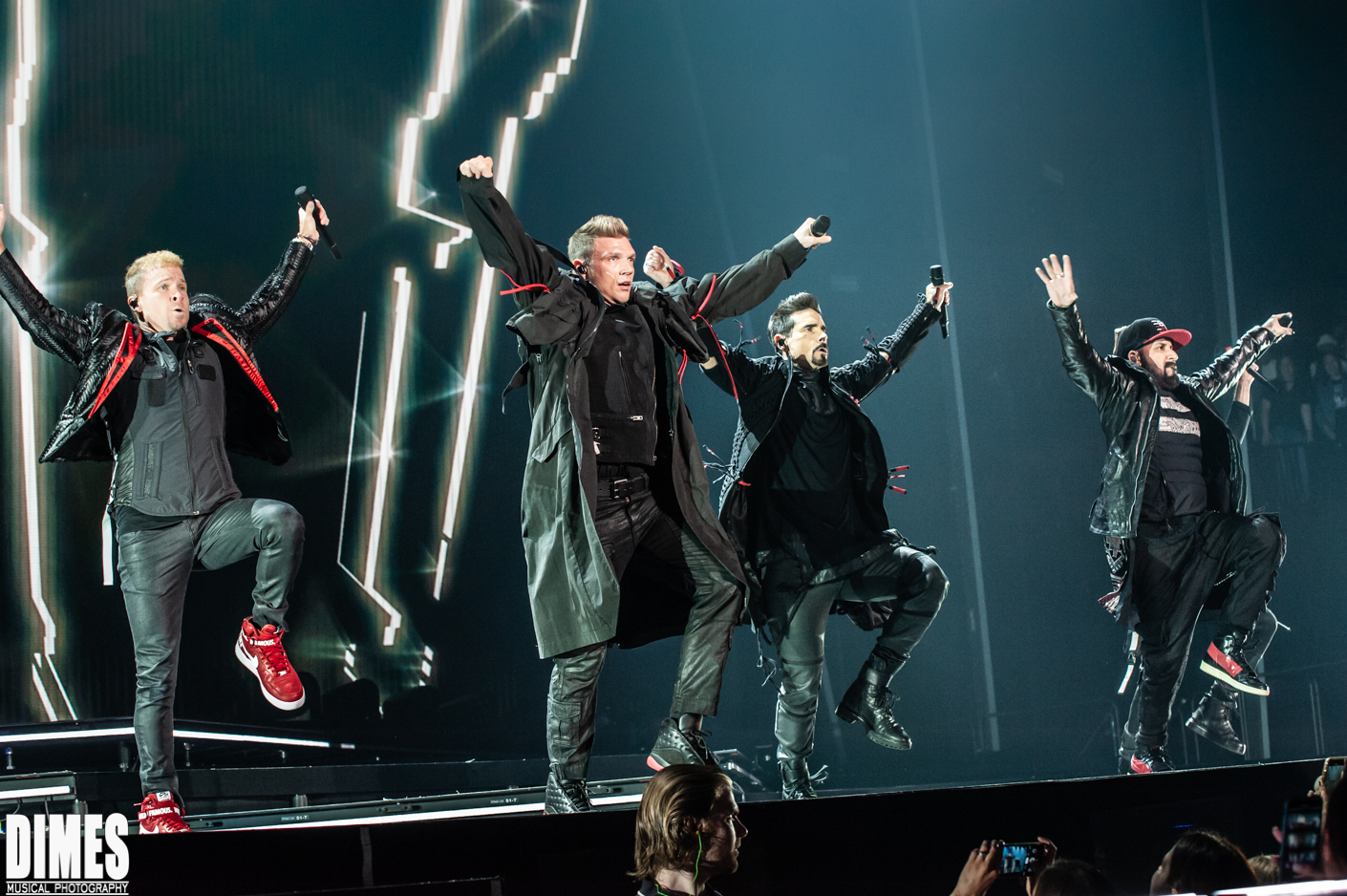 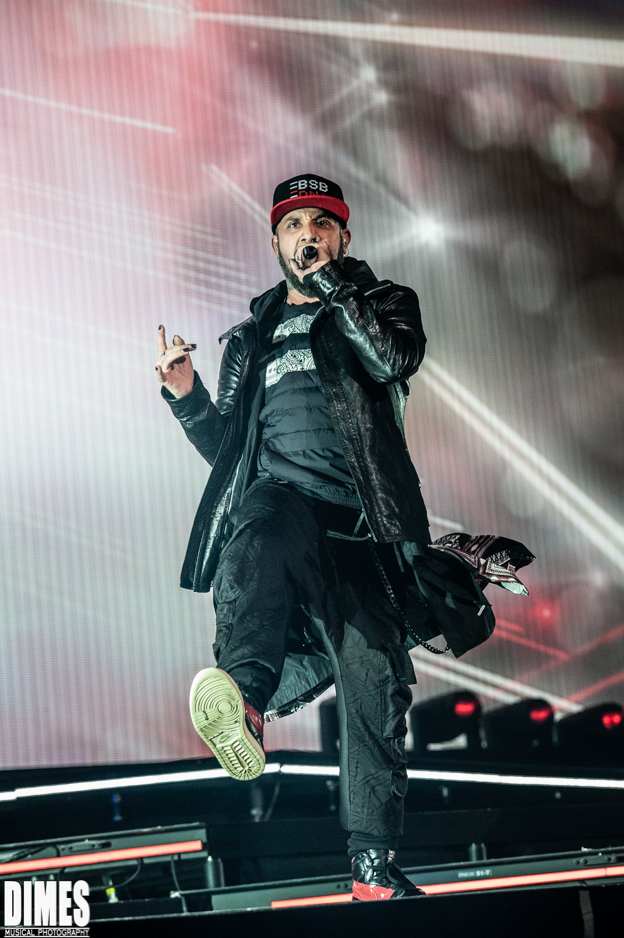 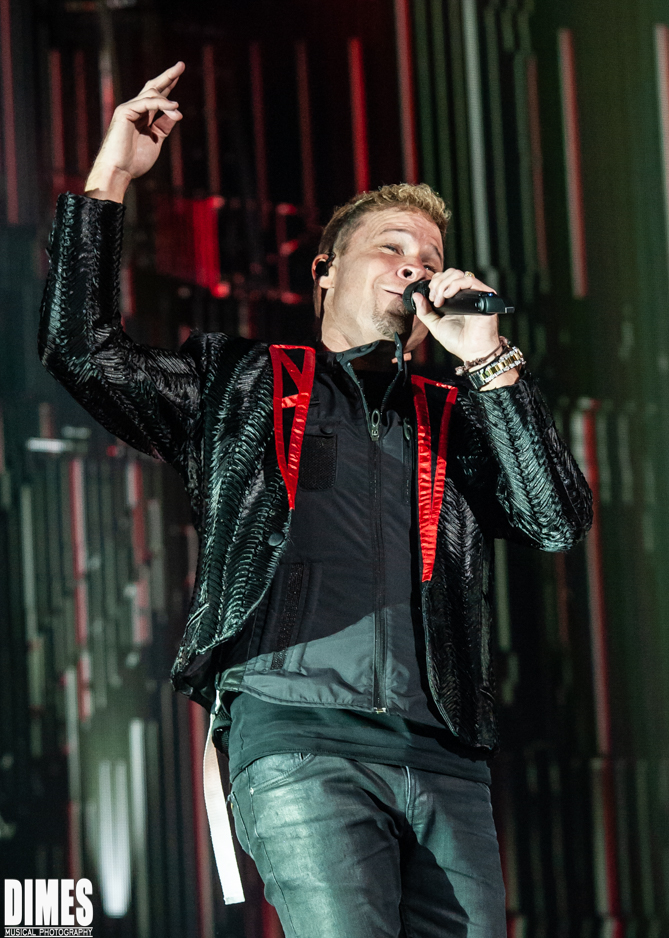 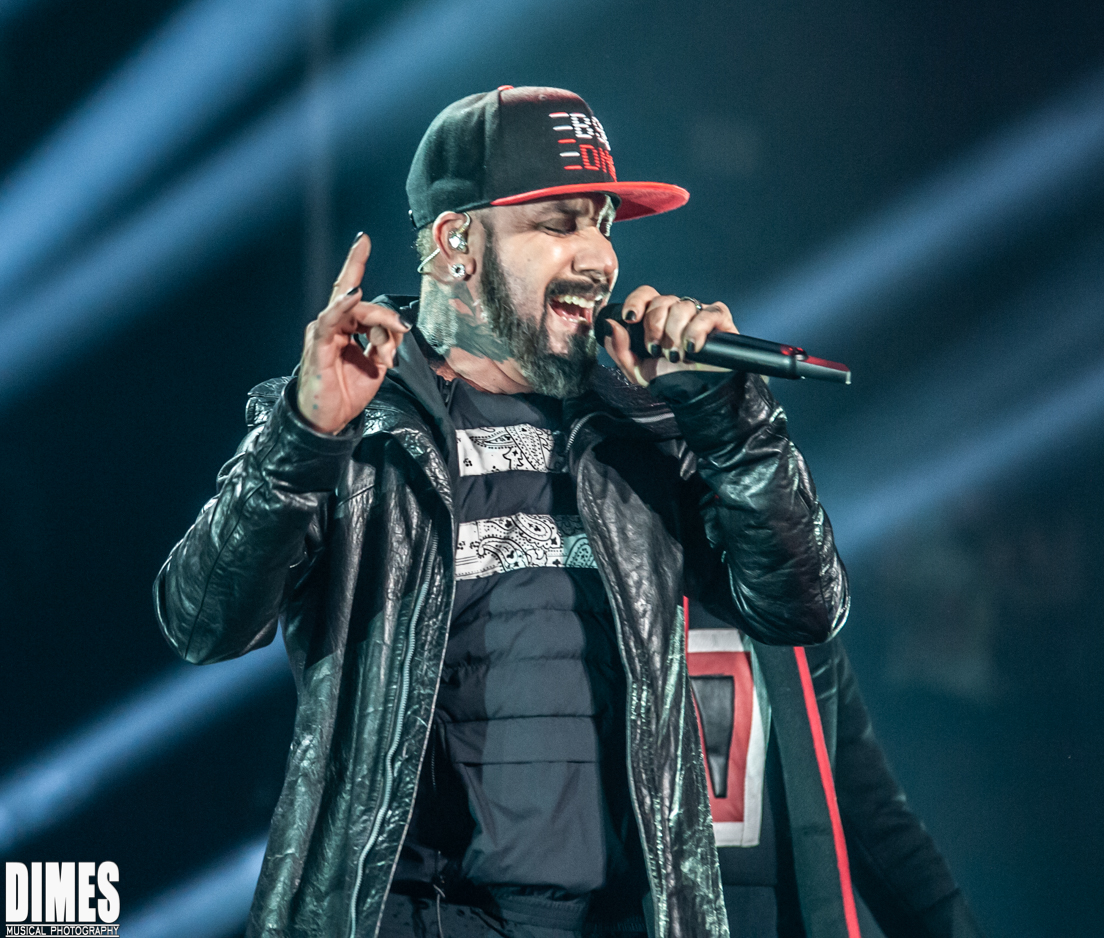 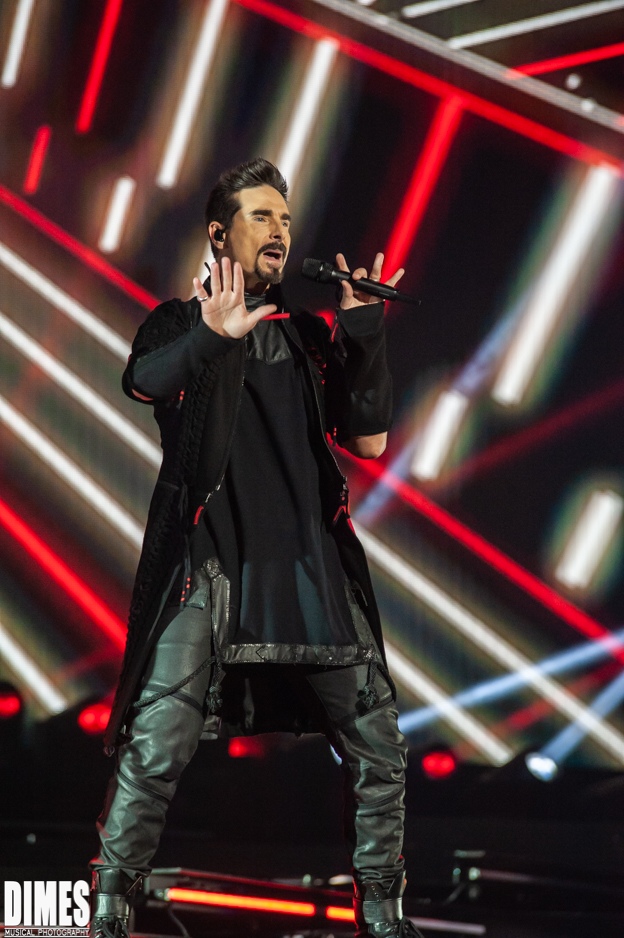 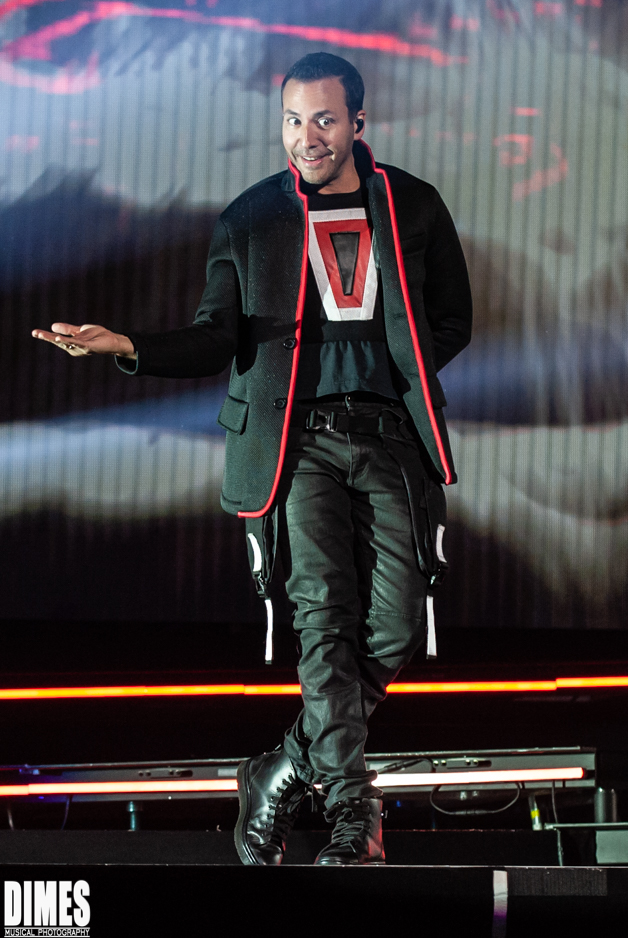 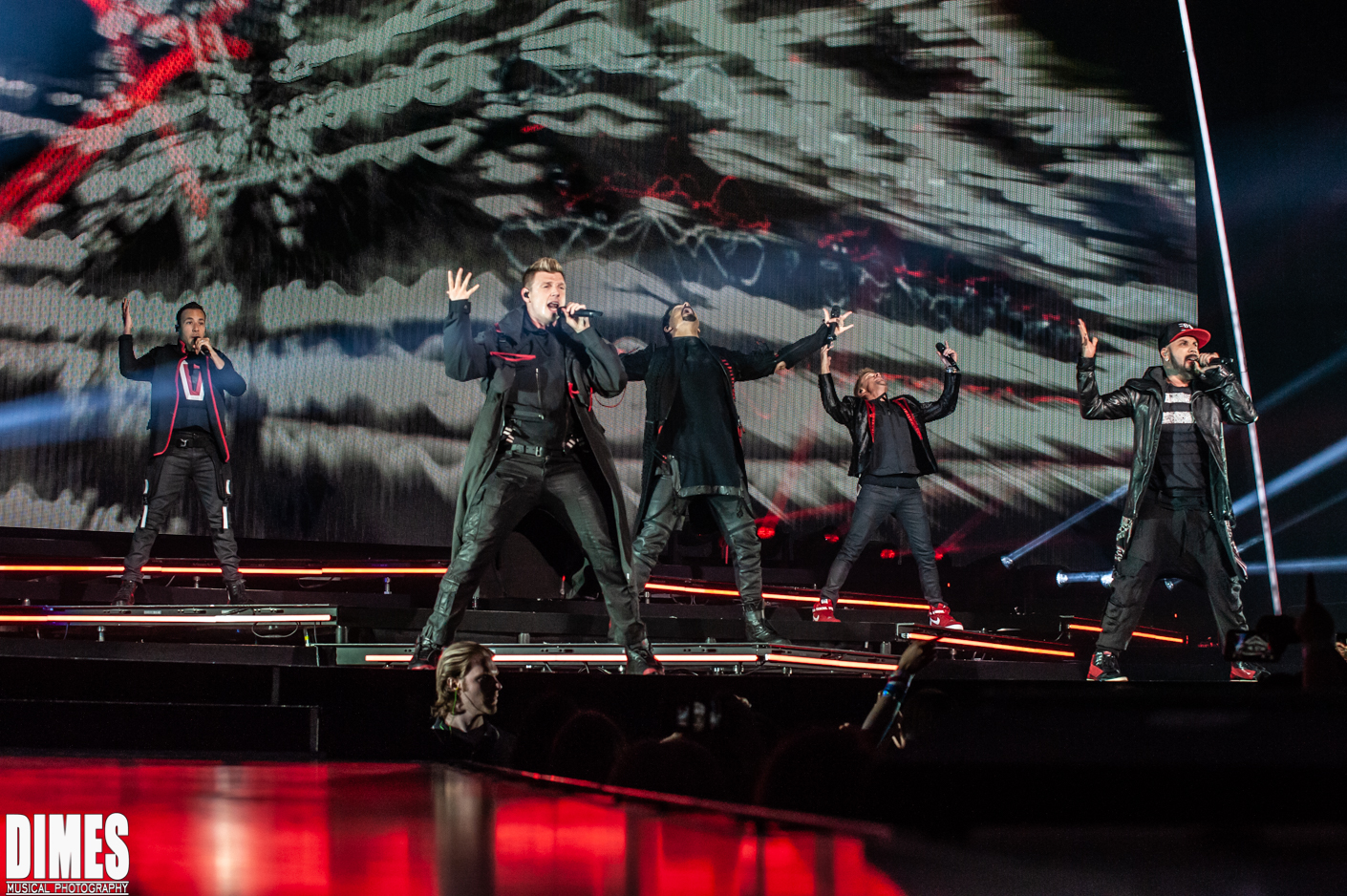 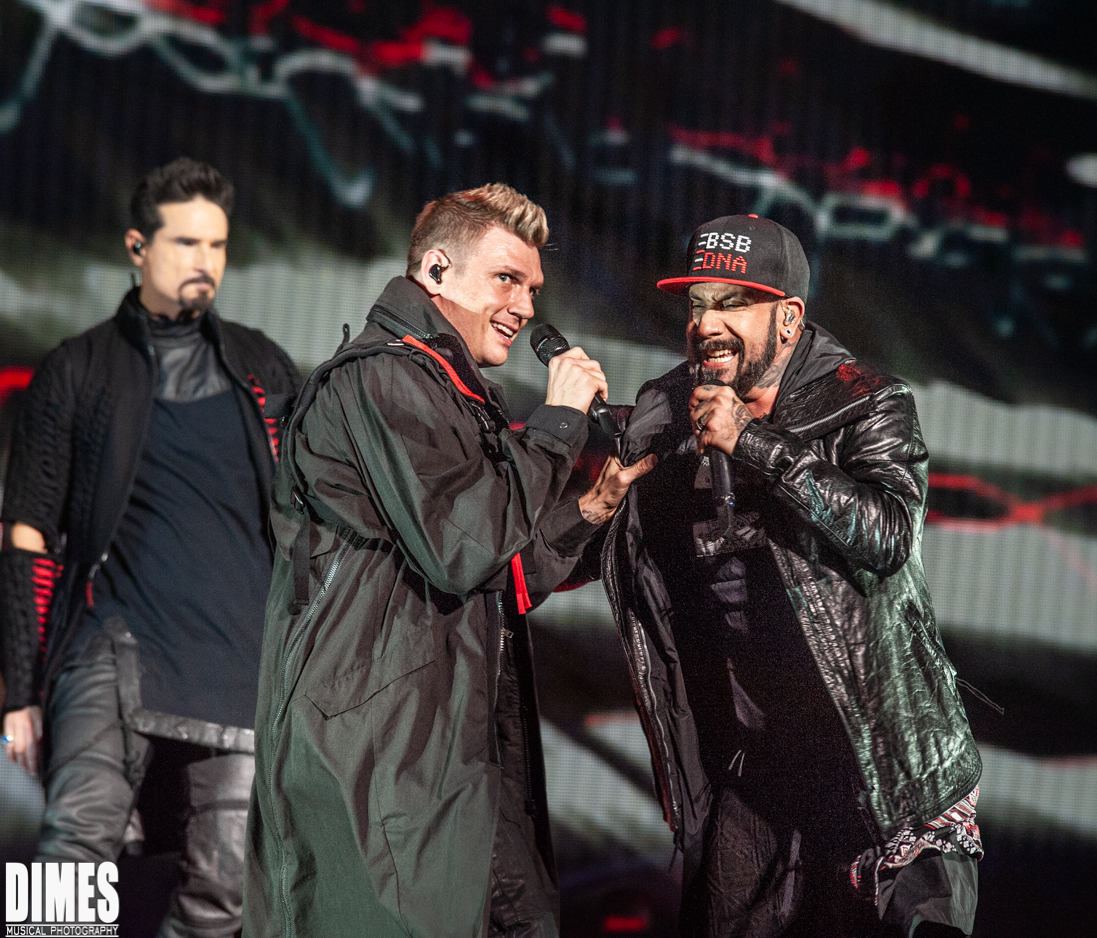 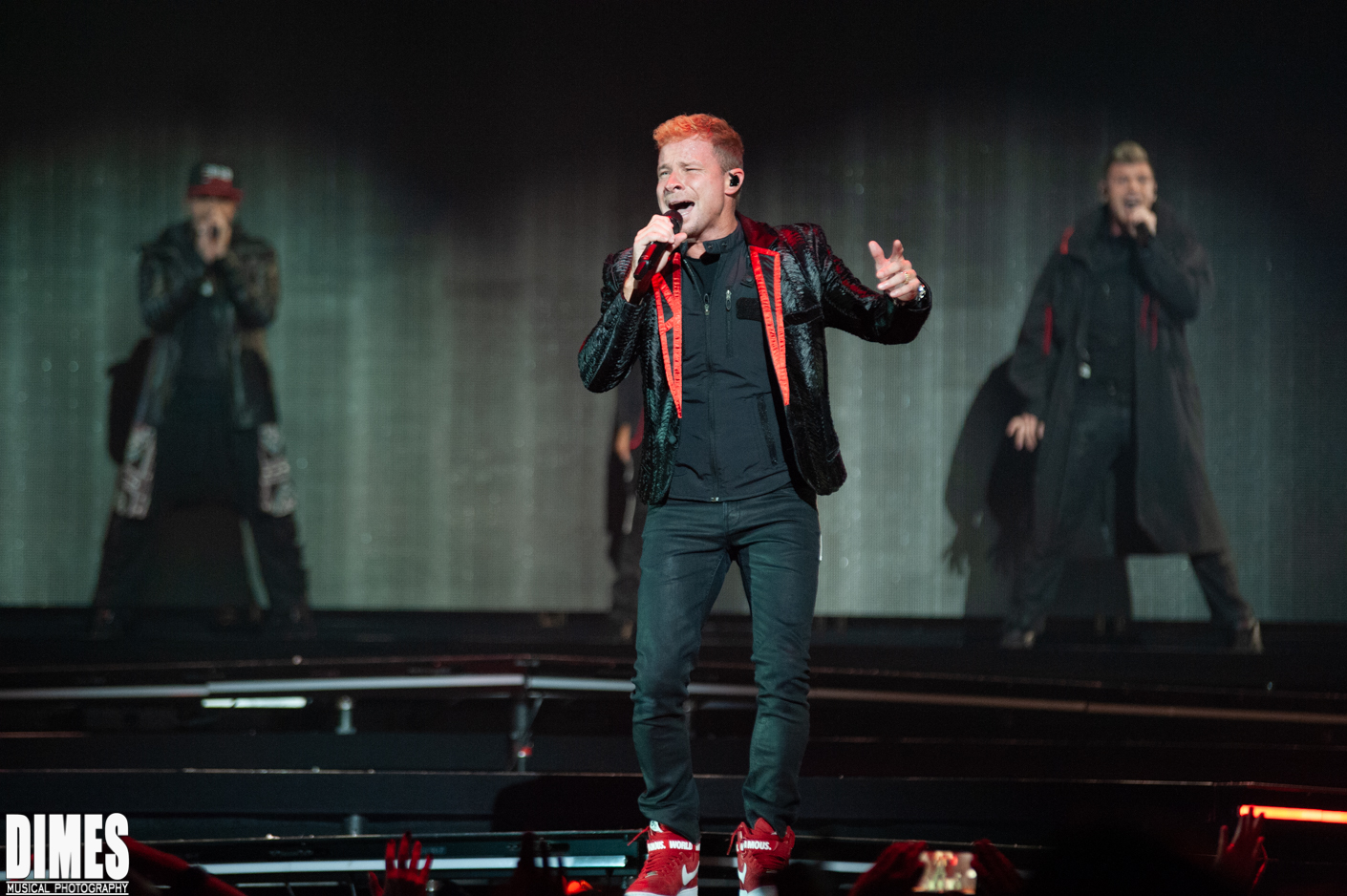 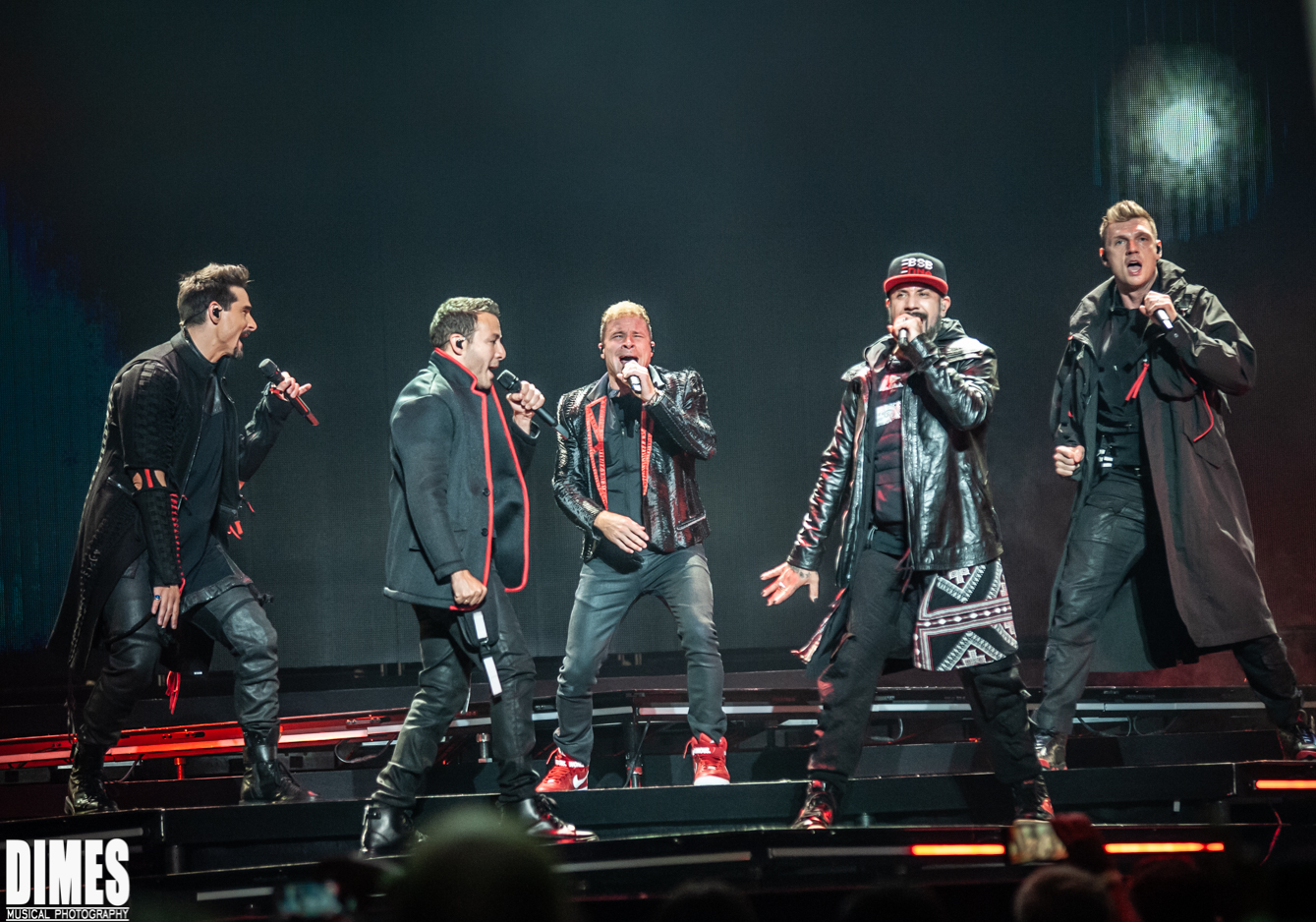