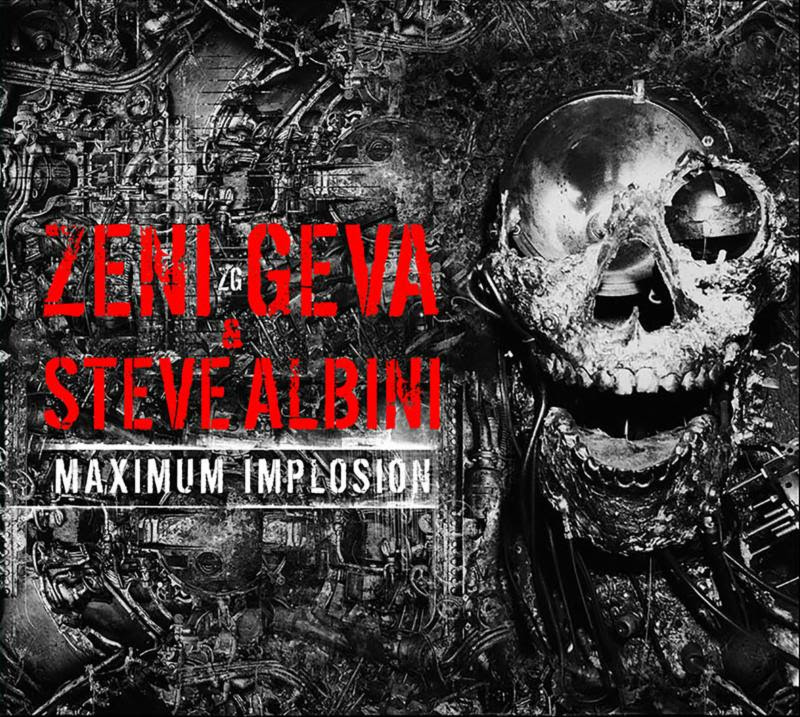 All production and mixing duties were handled by STEVE ALBINI, and the final mastering handled by Martin Bowes at Cage Studios in England.

Maximum Implosion is presented here in its complete form for the first time on Cold Spring, packaged in a six-panel double-digipak with original artwork and photography by Mitsushiro Hiruma, and design and layout by Alonso Urbanos.

Maximum Implosion will see release next Friday, September 28th, with US distribution through Forced Exposure

Since these recordings, Steve Albini has continued to produce and engineer several albums for ZENI GEVA, including Desire For Agony (Alternative Tentacles) and 10,000 Light Years (Neurot Recordings).

“With a huge sound reminiscent of Godflesh in its heavy bottom and impossibly high-end guitar tones, resulting in almost no mid-range, it’s hard to believe that there are only three people in the band… What saves the record from sounding like an impenetrable wall of sludge are a combination of Albini’s sure-handed engineering and production, along with the band’s precise grasp of noise, dynamics, and song construction… Anybody into sheer, painful heaviness should check this one out!” – Korperschwache