Everyone in the world knows who he is.  He’s Eddie Ojeda, the guitarist from Twisted Sister with the red and black bull’s-eye guitar.  Songs like, “We’re Not Gonna Take It,” and “I Wanna Rock,” (or my favorites, “Stay Hungry,” and “S.M.F.”) made Twisted Sister a household name, but there is more to Eddie than just Twisted Sister.  Hear what he had to say about his Twisted Hot Sauce, his love of cherries, the hot pepper scale, what question he’s most asked, his inspiration to play music, expectations for the first ever Headbangers con, and possible plans for something really cool in the future.

He’s been to Portland many times with Twisted Sister, but I suspect seeing him at the first annual Headbanger’s Con on November 10th and 11th, 2018, in Portland, Oregon, will be an extra spicy treat.  He’s forthcoming, cool, and really nice to talk with. 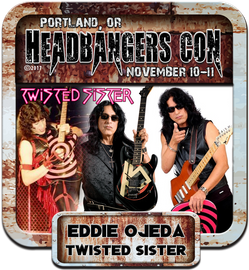 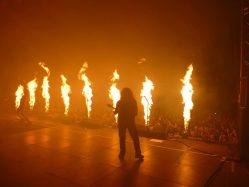