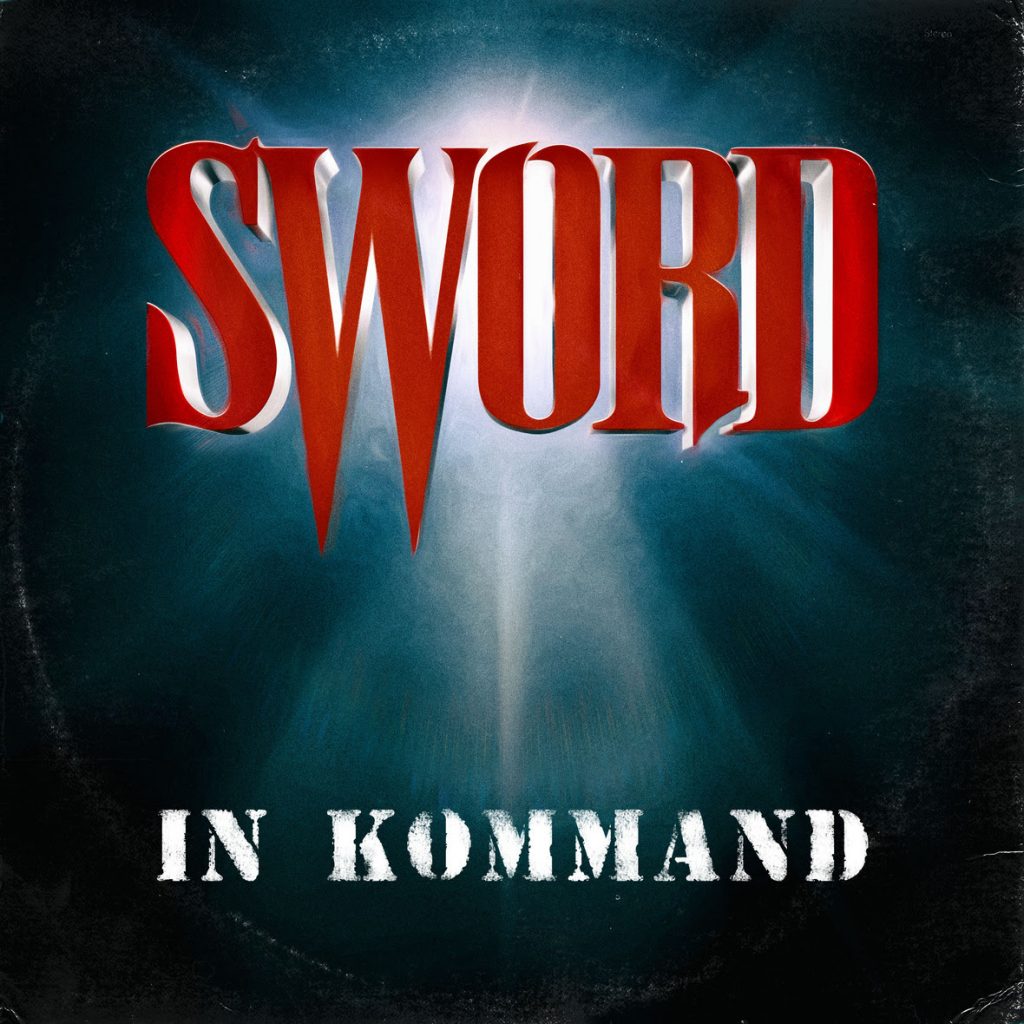 Legendary Canadian Prog-Thrashers SWORD have released their new single “IN KOMMAND”, available today exclusively on BANDCAMP via COMBAT RECORDS. “In Kommand” features the band’s classic lineup including vocalist Rick Hughes, guitarist Mike Plant, bassist Mike LaRock, and drummer Dan Hughes, with their first new offering in over 30 years. “In Kommand” will find its way to all digital outlets Worldwide on 11/27, with a long-awaited third studio album to follow.

Formed in 1980 in Montreal, SWORD (not to be confused with THE SWORD, a great doom metal band that came out over 20 years later) released their Combat Records debut Metalized in 1986, punctuated by the band’s precise thrash attack, and the soaring vocals of Rick Hughes, summed up by Kerrang’s Mark Putterford as such; “My eyes are a painful shade of purple. My ears are ringing tortuously. My mouth is awash with blood and broken teeth, I’ve just been ten rounds with a Montreal mob called Sword. “

Sword were hand-picked by Metallica to open the Quebec leg of the Master of Puppets tour, Alice Cooper’s Canadian Return of the Nightmare Tour and then crisscrossed the UK with the mighty Lemmy on Motorhead’s Rock n’ Roll tour. Metalized was followed-up by the heavy, but diverse, Sweet Dreams in 1988.

After a short US tour promoting the album, they started work on their third album, when all hell broke loose, and a parting of ways ensued. Until 2011, when they reunited for a few select shows in Canada and Germany and found the urge to go back in the studio to pick up where they had left off.

The quartet soon ended up right back where they started, after connecting with Thom Hazaert and Megadeth bassist David Ellefson, and their relaunched Combat Records, who immediately released LIVE: HAMMERSMITH, a live recording of a Metalized-era SWORD show supporting Motorhead at England’s fabled Hammersmith Odeon.

Says Hazaert, “David was a huge fan of Sword. We’d actually discussed them a few times through the COMBAT relaunch, ironically, not even knowing they had begun work on a new album, and he had told me stories of Megadeth listening to Metalized on repeat on their tour bus during the Peace Sells-era, and how much he loved them. So when I connected with them, through our Canadian friend Mitch Lafon, I knew it was something we definitely had to pursue. Not only were they a very important artist in the history of COMBAT, but David and I were both huge fans, and honestly, they haven’t missed a beat.”

Adds Ellefson, “Sword have a special place in my life, from as far back as the Megadeth Peace Sells tour, as we used to drive around and listen to the Metallized album, to now having them at here at home with us at Combat Records. This is one band and album you definitely don’t want to miss as the quality of their material in the production and their writing is as strong as ever.”