Battle For Wacken 2020: Somewhere Between

We talked with all of the bands competing at the battle for a slot at Wacken Open Air 2020 in Germany.  This will be a six part series with a new interview of one of the bands each day.  This article features:  Somewhere Between. 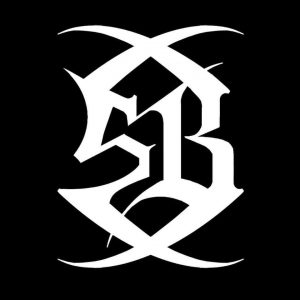 Somewhere Between was founded by singer/guitarist Brett Poindexter and (former guitarist) Greg Lancaster mid-2015. Their idea was to form a band with no limitations of what they wanted to play. Mixing a style that varies from Sevendust to Avenged Sevenfold and blending in sounds from bands like Killswitch Engage and Dream Theater, they have mastered a sound that is sure to make you get up and mosh, head bang and hold up your lighters.

Brett found his passion for guitar at 13 years old and wound up teaching guitar at merely 18. He has formed a few original bands, Dexx (formed with his brother Ramz and sister Laura, stemming from their last name Poindexter), StillFear (where he did vocals and all guitars), Halo Haven (with his wife Erica Poindexter on vocals) and now Somewhere Between. Brett has had many opportunities to open for bands such as Nonpoint, Powerman 5000, Sick Puppies, Eyes Set To Kill and Lacuna Coil. Many would say that Brett is a truly amazing musician and songwriter.

Ramz started playing drums at the age of 13, blasting away on a hand-made kit passed along from a family friend. With early influences such as the mighty Van Halen, Led Zeppelin, Mr. Big, Metallica and Ozzy, it wasn’t long before he would discover his main drumming influences in Neil Peart (Rush) and Mike Portnoy (Dream Theater; Winery Dogs). Recently, Ramz has taken on the bass, quickly learning the skills it takes to round out a heavy rhythm section for Somewhere Between. His bass influences range from John Paul Jones to Robert DeLeo, Geddy Lee, adding in other great shredders like Billy Sheehan and John Myung. Ramz has been part of several bands over the years, including a very successful stint in StillFear (#2 Best Hard Rock Album on Amazon.com; #11 Best Hard Rock/Metal Band on Amazon.com).

Jay started his music journey in high school at the age of 14. As soon as he picked up the guitar, he knew it was the start to something special. Jay spent a lot of his early days playing riffs from other bands as well as writing his own. His brother was the drummer for his band Black Theory, which was a prog/thrash metal band and the people that helped form that band really helped to push his desire to continue getting better. There was always something about mastering the art of soloing that caught his attention. He would spend hours and hours learning scales, arpeggios and melodic phrases to help blend his ideas. His early influences came from punk rock music but as he progressed with skill, his music style broadened to jazz, classical, blues and metal. at 20, Jay left for the military where he spent 8 years preforming duties as an Airborne 13Fox (FISTER) during which he didn’t have much time to pursue music because of the mission of the unit he was in, but that time has ended and the time for music has re-entered Jays life and the journey with Somewhere between has begun. 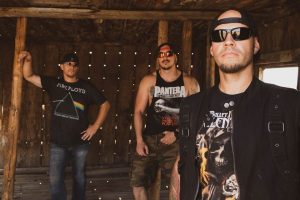 Somewhere Between (entire band): The Wacken Festival is a huge deal showcasing all kinds of different bands and their talents. The thought is both exhilarating and intimidating. We would be honored to be a part of it and it would be a dream come true for us and what we are trying to accomplish!

Somewhere Between (entire band): Each of us have our own set of very diverse influences that come together to create ‘Somewhere Between’. That makes the style unique and I think that’s important to a festival like this with so many different bands all sharing their own style.

Somewhere Between (Ramz): Personally I’m really impressed with Apophis Theory. I love their sound and stage presence. All together they are a really great band.

Somewhere Between (Ramz):  Like most competitions we want to give it a little extra on stage. What it comes down to though is that we’re just going to go up there and do what we always do: kick ass and have fun.

Somewhere Between (Brett):  Honestly, I can’t imagine doing anything differently. Every time we play on the stage, we give it 100% whether there’s 5 people in the crowd or potentially 75,000.

Somewhere Between (Brett):  Performing in front of 75,000 people is what we were born to do. It would be an absolute honor to show the fans what ‘Somewhere Between’ brings to the table.

Somewhere Between (Ramz):  Personally speaking, Dream Theater was one of the first big influences in my life. To this day there hasn’t been a project I’ve been a part of with Brett that hasn’t had a little bit of their influence in it.

Somewhere Between (Brett):  One of my biggest influences growing up that made me want to play music had to have been Van Halen. My guitar screamed at me to play it just like Eddie did. Pretty soon I found myself taking it to the next level by listening to Dream Theater. They, by far, shaped me into the guitar player I am today.

Somewhere Between (Ramz):  Definitely Dream Theater. Personally, I could listen to Sevendust all year long too. I never get tired of listening to them.

Somewhere Between (Brett):  Only two bands for the next year? That would easily be Dream Theater and Avenged Sevenfold. I’d never get sick of listening to either of them.

Somewhere Between (entire band):  We share the same dream of most other bands on the entire planet: to rock out our original material in front of tons of people alongside a bunch of great bands. What’s better than that?

MIRP: In the list of performers below, Who have you seen before?

Somewhere Between (Ramz):  Brett and I have had the opportunity to see Amon Amarth a few years ago in Eugene, Oregon, open for Megadeth. Their stage show was amazing. Add their unique sound to the stage setup, and it was just a killer experience.

Somewhere Between (Brett):  I’ve personally seen Amon Amarth, Devin Townsend, and Slipknot. I’ve ALSO had the pleasure of opening for Lacuna Coil and the Butcher Babies. 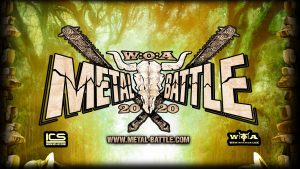