Reveal New Release Date And Cover Artwork Of “Manifest”, Out On October 2nd 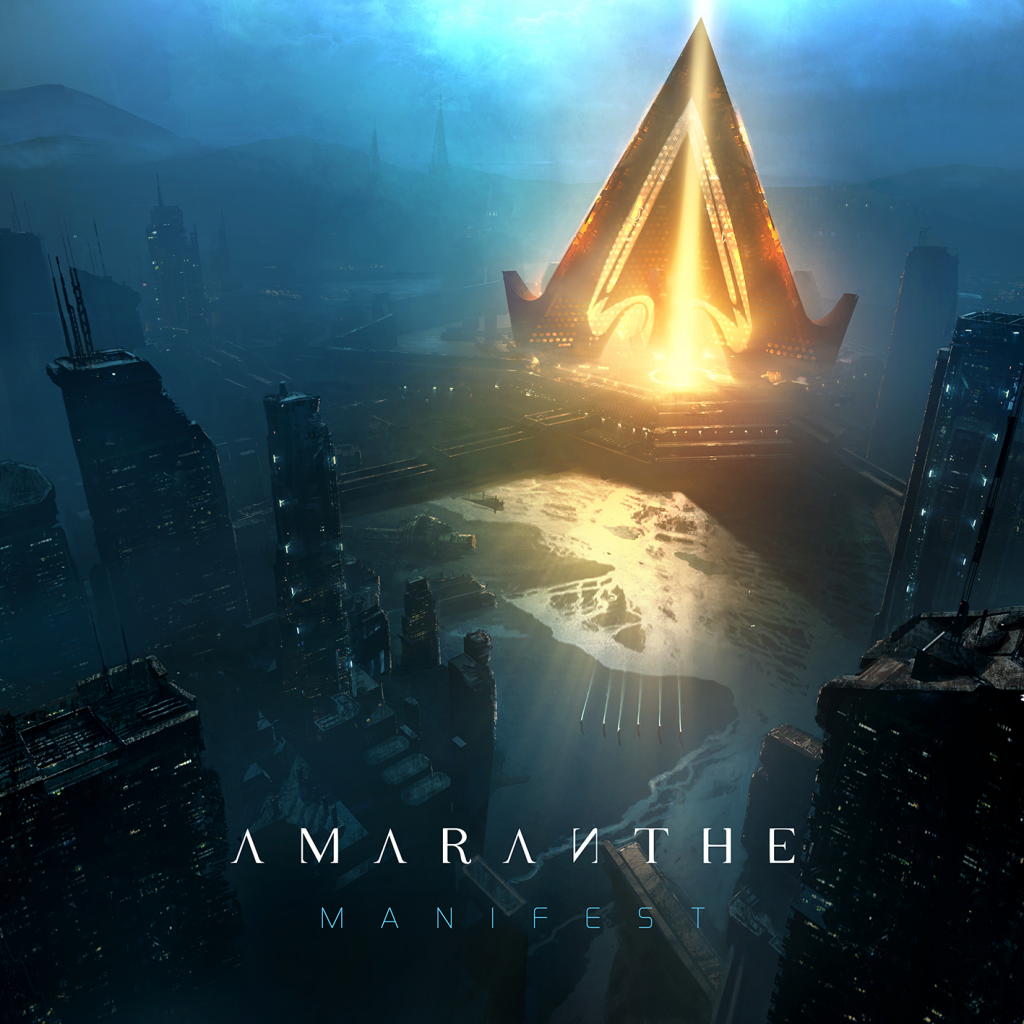 In these difficult times we’re all in need of uplifting, in need of escape from the four walls we’ve been locked up in – to be transported into a new dimension. With today’s triumphant return of AMARANTHE our calls are answered! The Swedish modern metal force are proud to announce their new album Manifest. With this new album, AMARANTHE set their mark with a vibrant, epic masterpiece to be released on October 2nd, via Nuclear Blast.

“‘Manifest’ is the latest step in the evolution of AMARANTHE, and across the board it is the boldest statement: We are here to stay, we are utterly passionate about what we do and we will take no prisoners in our strive for musical excellence! An all-out metal rollercoaster, Manifest does not hold back in any regard – from the first second to the last, it is brimful with some of the heaviest AMARANTHE riffs to date, soaring and emotional vocals and unrelenting metallic fury. We hope you will enjoy this album as much as we enjoyed making it!”

Together with this groundbreaking news, the band will share some impressive visuals accompanying the first single “Viral” – celebrating the beginning of a new era with a breathtaking music video that will premiere today at 11am Pacific / 2pm Eastern, on the Nuclear Blast Youtube channel.

Set yourself a reminder, tune in and join the chat with AMARANTHE during and after the premiere:
https://youtu.be/-A7BPXEBh1Q

AMARANTHE commented:
“Finally we can unleash ‘Viral’ upon an unsuspecting world! It is one of the grooviest and downright heaviest songs in AMARANTHE‘s history – it is the very epitome of what we have always stood for: Massive choruses, a thundering rhythm section and a constant will to push our sound forward into the future. ‘Viral‘ was prophetically titled before the onset of the current worldwide situation, and so we felt compelled to tie it in lyrically with this. Welcome to a new era of AMARANTHE history – welcome to ‘Viral!'”

Manifest is available in the following formats:

Each band exclusive vinyl color was personally selected by the single band members and is a bold statement for which value is the most important to them: Creativity, independence, prudence, cleverness, single-mindedness and composure. All together, these values are the foundation to overcome obstacles and face difficult and uncertain situations. To symbolize that, every vinyl comes with a 5×7 “hero card” corresponding with the band member and their personally picked value. When all six cards are united, they form the album cover for “Manifest”.

AMARANTHE have spent the last decade establishing themselves as a formidable, positive and fervently melodic force for metallic good. From their explosive self-titled debut in 2011 to the more sophisticated, streamlined likes of 2014’s Massive Addictive and its immaculate follow-up Maximalism (2016), AMARANTHE have masterfully blurred the lines between melodic metal, crushing brutality, cinematic sweep and futuristic sparkle. Led by the endlessly ingenious songwriting of guitarist Olof Mörck and powerhouse vocalist Elize Ryd, their rise to prominence has been a joy to behold.

Widely acclaimed as a dazzling live act, the Swedes reached a new peak of creativity on 2018’s hugely successful Helix: an album that pushed the band’s vision to new heights, breadths and depths, while showcasing the brilliance of Elize and her co-vocalists, Henrik Englund Wilhelmsson and recent recruit Nils Molin.

Not just a glorious return but a wholesale upgrade for their exuberant sound, Manifest is simply the most daring, dynamic and unforgettable album that AMARANTHE have released to date. The perfect antidote to the nagging anxieties plaguing us all in these troubled times, it’s a technicolor celebration of metal’s ageless power, blazing with all of life’s colors and chaos, but delivered with utmost artistry and skill.

“Virals” will premiere today at 11am Pacific / 2pm Eastern, on the Nuclear Blast Youtube channel.

Set yourself a reminder, tune in and join the chat with AMARANTHE during and after the premiere:
https://youtu.be/-A7BPXEBh1Q 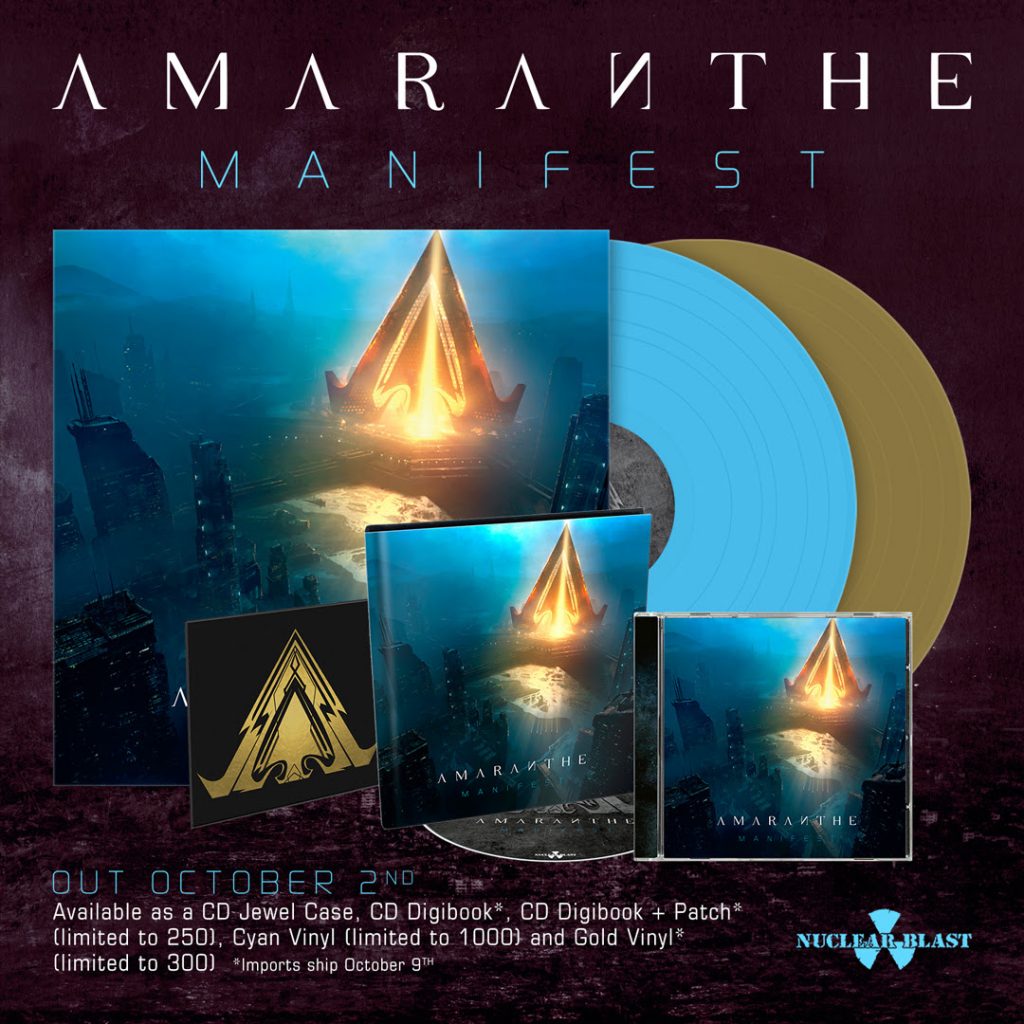